Global Water Wars and the Public Good
Future global water wars are now widely predicted. In 1995, Ismail Seragaldin, vice president of the World Bank (1993–2000), first raised the specter of crisis with the ... 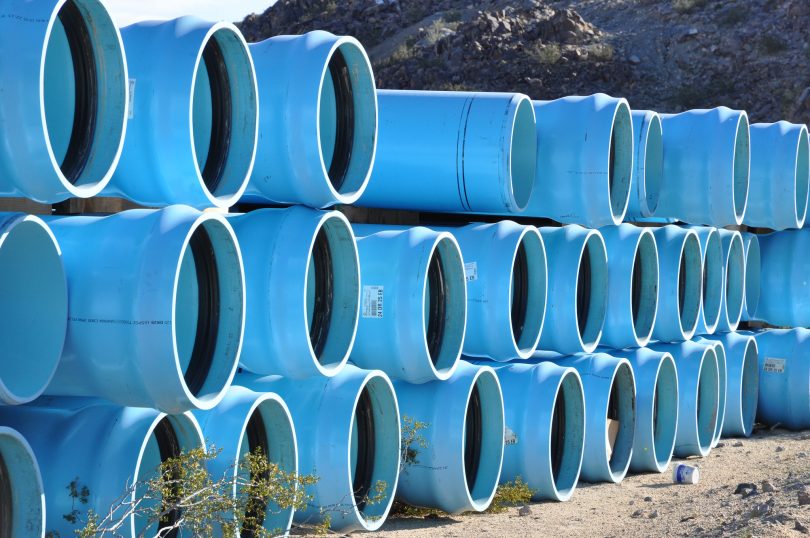 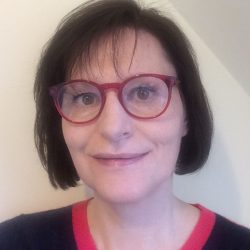 Future global water wars are now widely predicted. In 1995, Ismail Seragaldin, vice president of the World Bank (1993–2000), first raised the specter of crisis with the claim that “the wars of the next century will be fought over water.” Now international institutions including the World Bank and UN Global Water Futures are building scenarios of conflict. Even global water corporations, investment firms, and legendary hedge funders such as Michael Burry (celebrated in The Big Short) argue that we should pay attention to the “blue gold” of water.

These powerful groups share a narrative that water is essential to life and a human right, but that it will soon be scarce. Therefore what we need is careful management of future uncertainty. This can be achieved through public-private alliances and financial instruments. This account conceals, and contributes to, an unnoticed war of position over water that is already taking place across the world.

Two recent ethnographies—one by Antina von Schnitzler and one by Nikhil Anand—shed light on these invisible battles in the cities of South Africa and India, respectively. The unsung ordinary heroes of their gripping tales are guerrilla plumbers and electricians fixing illegal pipes or sabotaging prepaid meters, women sharing flows of water in acts of love, local mafia fixers strong-arming municipalities, and NGOs resisting World Bank policies.

Their seldom-heard battle cry is that there can be no human dignity without a more equal distribution of water. For example, in Johannesburg, in 2009, women marched against prepaid water meters wearing blood-soiled underwear over their clothes. They carried signs protesting, “Stop the War on Women’s Bodies” and “Sanitation = Water Is Dignity for Women.” In Mumbai, in 2007, a World Bank consultation was brought to a halt by the chanting of the slogan, “Water is our right, it’s not anybody’s father’s [property].”

These protests have achieved some real victories. In 2008, in South Africa, they led to the Johannesburg High Court ruling on the illegality of forcible rollouts of prepaid meters and disconnections for nonpayment. In 2008 too, efforts by the Mumbai municipal government and the World Bank to privatize the city’s water supply collapsed. Protestors argue that water is a public good in the true sense of the term. For the working poor it is a collective resource that should form the basis for cooperation and sharing.

This is very different from the economic definition of the public good that underpins powerful accounts of scarcity and public-private partnerships. In these, water and its infrastructures are just a particular kind of commodity. They treat the water user as a consumer with a right to access accurately priced products, while the working poor demand that they be treated as citizens with a right to life and dignity. 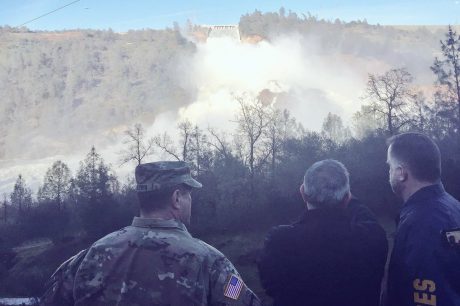 Von Schnitzler focuses on the “techno-politics” of prepaid meters through a history and ethnography of their deployment in Soweto. She combines archival sleuthing, work with protest NGOs, and participant observation among families struggling with their effects. Surprisingly, we learn that prepaid meters were developed by South African engineers in the twilight of apartheid as a tool of counterinsurgency. During the African National Congress’s anti-apartheid rent boycotts and refusals to pay for services in the 1980s, the prepaid meter became the “Budget Energy Controller.” It was rolled out in order to subvert political protest.

After apartheid and under the pressure of structural-adjustment measures enforced by the World Bank, the Johannesburg water company was corporatized. It became a publicly owned company run for profit by personnel contracted from the global firm Suez. This led to the 2002 introduction of prepaid water meters in Operation Gcin’amanzi. This campaign tried to enforce a collective social responsibility toward a newly defined “scarce” resource. Citizens were encouraged to become fiscally responsible agents on the promise that their old debts to the water company would be wiped out.

At first, meters were strongly resisted through sabotage and political protest, but their use was enforced by police violence. The prepay meters had paradoxical effects within communities. Kin tried to make each other “responsible” and “efficient” in their use of water. Yet these efforts broke down in community and family quarrels about what basic needs were and whose basic needs should be met.

These debates were scaled up to legal challenges by organizations such as the Anti-Privatization Forum. Guerrilla electricians liberated families too. By 2015, the majority of meters had been bypassed in Soweto. These struggles have made South Africa both a shining example to international water activists and a leading exporter of prepaid technology to the rest of the world. It is clear from this fascinating account that infrastructure technologies are not an expression of politics; they are a material form of it.

Anand has a different focus, centering his ethnography on water and forms of “hydraulic citizenship” in Mumbai. Through participant observation in municipal water offices, among the urban poor in Jogeshwari and Premnagar, with the Water Rights Campaign, and with NGOs such as Asha, he takes us inside the bonds and inequalities of this citizenship. He arrived in Mumbai in 2006 in the middle of a water war. Central government policies and World Bank experts had converted local politicians to their ideas of scarcity and privatization.

But Anand’s account is not a story of these policies alone. Instead, it is a broader canvas of human efforts among the marginalized to make the city livable by tapping into its abundant waters. The rhythms of the monsoon, rivers, and pipes are made vibrantly present alongside the experiences of people improvising a life in spite of the barriers they face. Anand tracks how informal brokers, guerrilla plumbers, women seeking to sustain their families, and social workers demand a right to the city through their attempts to access water by informal means.

The battle cry of the unsung ordinary heroes at the heart of these two ethnographies is that there can be no human dignity without a more equal distribution of water.

Yet this is a split rather than unified public. Hindu neighborhoods find it easier to pressure right-wing Shiv Sena politicians, and women bear the brunt of managing the staccato rhythms of water. Nevertheless, this public came together to decisively resist the privatization measures proposed. Ultimately, Anand suggests that policy makers should pay closer attention to popular practices as they debate policies for rights and access to water.

Both of these ethnographies seek to expand our understanding of the public sphere and politics. They suggest that politics emerges from the material forms of infrastructures and the inequalities of access to the resources needed for life. Because material forms vary and the dilemmas of sustaining life are distinct, they argue, we need to build embedded accounts of what politics is. In making this argument, they contribute to the important and growing field of the anthropology of infrastructure, specifically that of water infrastructure.1 This builds on a longer tradition of analysis of public works and water.2 Von Schnitzler’s and Anand’s valuable emphasis on specific struggles should not prevent us, however, from considering why infrastructure has become such a significant arena of debate both inside and outside academia.

Infrastructure was a term rarely used until the 1990s. It gained currency after the 1994 World Bank Report Infrastructure for Development. Economists who had worked on urban development and the privatization of services from the 1980s turned their piecemeal projects into global policy. At the center of the report is the argument that all circulatory systems are consumed by users in a similar way to any product. Therefore, they should be provided through private market mechanisms or public corporations operating for profit. An eclectic range of case studies are offered in support of this claim, including privatization of the railways in Argentina, of ports in Malaysia, of water supplies in Cote D’Ivoire, and of telecoms in Mexico.

For the first time these all become signs of a single global essence or class—infrastructures. As circulatory systems changed from public works to infrastructure, they also became things that should be organized according to profit motives. Interventions in water infrastructures were given a particular urgency as a result of predictions of future scarcity. In anthropology our interest is therefore not only a contextual or theoretical turn to material politics; it is an engagement with attempts to roll out a new thing called infrastructure across the globe. As policies were introduced and activism flared, we “discovered” infrastructure as a unifying theme.

This is why these two fine ethnographies have an importance beyond their nuanced accounts of South Africa and India. The battles they describe over water and infrastructure are far from over. Nor are they confined to the Global South. The renationalization of municipal water supplies has occurred in cities in Argentina, Bolivia, Colombia, France, Germany, Japan, Malaysia, and the United States. Organizations such as Right2Water, backed by the European Public Services Union, are campaigning for the right to public provision of water and argue for the pooling of public sector expertise. Protests linked to this movement are growing in Ireland and Italy.3 Scandals over cost cutting by municipal authorities strapped by debt have struck in places such as Flint, Michigan, where use of cheaper riverine sources of water resulted in lead contamination. 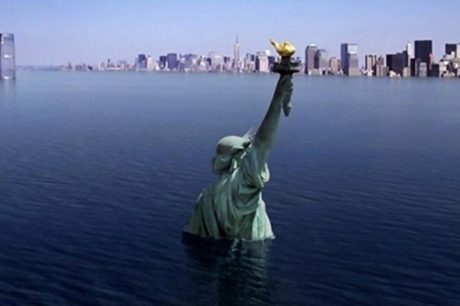 At the same time, new frontiers and forms of privatization are emerging. In Greece, for example, the Syriza government is under pressure from its European Union lenders to sell off water companies. In the United States, Trump has promised to make private financing easier and to create tax breaks for infrastructure projects. In India, the Modi government’s current “Smart Cities” initiative offers central government loans to federal governments on the condition that they have private water sector provisioning and prepay meters. As part of its “One Belt, One Road” policy, China is sponsoring infrastructure development through the Asian Development Bank and Chinese firms are trying to install prepay metering technologies across China and Africa. Additional water wars continue in developing forms all around us now.

By recognizing this reality—and taking inspiration from the stories of resistance in these two books—we can build alternative futures. These could be grounded in not-for-profit public-private partnerships, coalitions between local government bodies across regions and countries, progressive tax regimes, renationalization, and new forms of government funding, such as national wealth banks. But these national measures need to be supported by new global institutions different from the World Bank, International Monetary Fund, and Asian Development Bank. These would challenge the power of the top five global corporations—Agbar, RWE, Saur, Suez, and Veolia—and of the investment funds and derivatives that have financialized water. Importantly we also need to imagine new technologies and forms of administration that would make distribution fairer in the public sector, which as of 2004 still provided 90 percent of the world’s water supplies.

Perhaps a small step forward might be to only use the word infrastructure as a term of critique. Instead we could refer to networks of circulation as public works or as citizens’ commons for the public good.4 This would bring our strategies closer to those of the working poor, whose experiences are made so vividly present in these two excellent ethnographies. 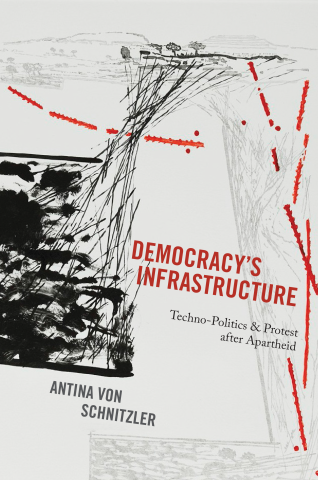 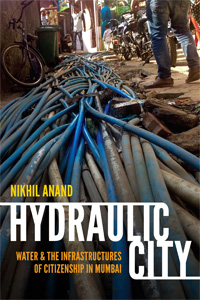 Hydraulic City: Water and the Infrastructures of Citizenship in Mumbai