God Walks Into a Bar
One of the stories in Joy Williams’s Ninety-Nine Stories of God finds Franz Kafka triumphantly addressing a fish at a public aquarium. He has just become a vegetarian, and thus finally feels his ... 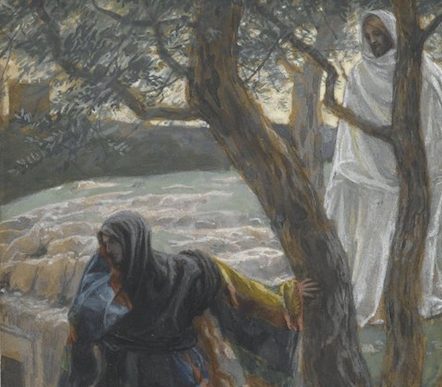 One of the stories in Joy Williams’s Ninety-Nine Stories of God finds Franz Kafka triumphantly addressing a fish at a public aquarium. He has just become a vegetarian, and thus finally feels his conscience to be at ease: “Now at last I can look at you in peace,” he says to the fish. “I don’t eat you anymore.” Williams’s story is only three sentences long. It’s hard to avoid wondering how it even constitutes a story, much less a story “of God.” But for Williams, God lurks in what goes unsaid—in what Kafka fails to understand, what he isn’t seeing.

Williams’s invocation of Kafka is no coincidence. Her stories—most of which are shorter than a page long—ask to be read as descendants of Kafka’s famously esoteric parables. The moral lessons underlying Williams’s stories, more often than not, are also opaque and indecipherable. Indeed, rather than offer a moral, Williams provides a compendium of ordinary moral carelessness: self-centered parents, neglectful pet-owners, the highest bidder for Ted Kaczynski’s typewriter. Williams’s “stories of God” are not tales of exceptional compassion and Good Samaritans; if God is anywhere in these stories, it is standing just to the side, a silent witness to the devastating consequences of these characters’ relentless self-centeredness.

Williams’s collection implicitly argues that access to God depends on an active, radical decentering of the human self. As delightfully irreverent as they are deeply meditative, her stories here often trade in dramatic irony: making the reader aware, either at the beginning or end of the story, of a larger context that recasts the characters’ concerns and grievances as petty. In Story 23, for instance, a freeloading stranger at a wedding is asked by the groom’s brother to leave because he is “creeping out the invited guests.” Later in the evening, the bride muses, “We should have let him stay. … What if he were Jesus or something?” The story concludes with a one-sentence revelation about the expensiveness of the couples’ divorce. In a biblical parable, the stranger might well be “Jesus or something.” But for Williams, whether the meek inherit the Earth is beside the point. The point is to see the couple’s pettiness, to see how little the wedding mattered and how easy it would have been for them to accept the stranger in a spirit of generosity.

Scattered among the stories, too, are numerous humorous anecdotes of the “a guy walks into a bar” variety about “The Lord.” In Story 55, for instance, The Lord confesses his belief in reincarnation, because “It explains so much.” He has just attended a Fourth of July hot-dog-eating contest, “and it was the stupidest thing I’ve ever witnessed.” These comic asides only serve to underscore the absurdity of imagining God as a human personage. Williams traces that impulse to the same anthropomorphism that inspired Kafka to defend himself to a fish that remains, in spite of the author’s new vegetarian diet, within a glass prison.

Most of Williams’s stories adopt a fairly standard formula: they begin with a short anecdote and climax with a chilling revelation, followed by a punch line in all caps that acts as a commentary on the story. Her Kafka story, for example, ends with “NEVERTHELESS.” The effect is a rapid shift in perspective from the microscopic to the macroscopic, the mundane to the panoramic. These shifts make each brief story a narrative and contrast tellingly with the immobility of characters mired in solipsism. The narrator of these stories is broadminded and detached; the people in them, dangerously narrow. Williams’s parables may withhold moral lessons, but their perspectival form exposes moral limitations by reaching past them.

By the same token, however, the collection’s overall repetitiveness can be wearying. So many stories of missed opportunities for sympathy and understanding: they begin to meld into each other, their particulars fading in the reader’s mind as the toll of failures continues to climb. That said, even the collection’s repetitiveness works to generate a larger perspective: the accumulation of stories of pettiness heightens the insignificance of each individual grievance. And by the middle of the collection, the reader has been trained in how to anticipate the karmic fallout of Williams’s characters’ failures, to actively seek out a perspective that, like Martha Nussbaum’s idea of “critical compassion,” takes into account the limitations of the human capacity to sympathize.1

Why 99 stories? It’s a large enough number to highlight the frequency of the kinds of transgressions recounted; their sheer number attests to their universality. But stopping just short of 100 attests to the incompleteness of any attempt to achieve a perfectly universal perspective. Just as each individual story is a tale of ordinary narrowness, then, the collection as a whole gives the reader a bigger picture that approaches, yet never quite achieves, a God’s-eye view. If the devil is in the details, God is in the bigger picture, inaccessible except through determined efforts to step outside of one’s self. God is, for Williams, a chosen, practiced disposition toward the world, a refusal to take the perspective of one person or one story as the end-all, be-all.