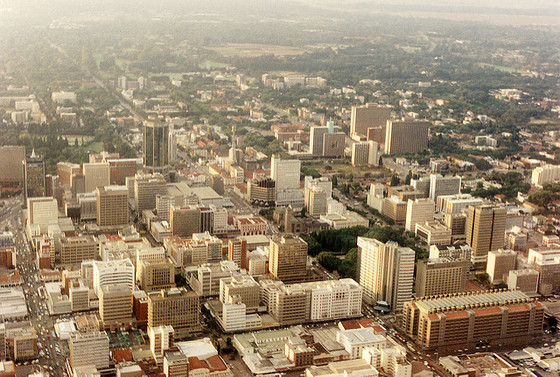 Village Pharmacy in Harare’s upper income Borrowdale Shopping Centre is clean and quiet. There’s a faint antiseptic smell. Its shelves are neatly stacked with imported bath foam, sun cream, lotions and vitamins. The queue is short and a smiling attendant in crisp white uniform asks politely what I’m looking for. Zyrtec, an anti-rash medication?  You need a prescription for that.

That’s odd, I think, and irritating. I got the same medication at Greenwood Pharmacy six months or so ago and didn’t need a prescription for it. But a situation like this is frustratingly typical for Harare, where double standards and shifting goal posts are the norm. 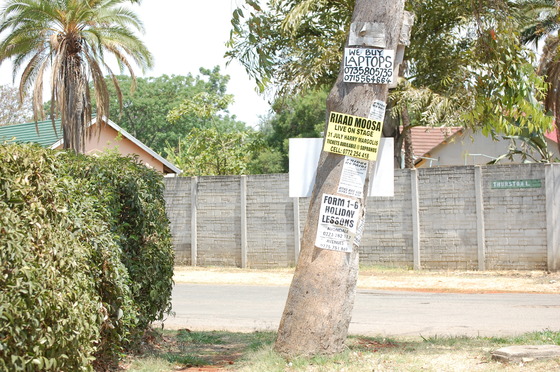 As I drive across town, I pass the Borrowdale Wetland, where development is in full swing. The new road is getting a fresh coat of tar, and a fence is going up around an area the size of three football fields. In a few years time, the open space will be a housing development and shopping mall. Yes, it’s a wetland. And yes, there’s legislation that says that wetlands cannot be developed. But this particular wetland was given away as part of a construction deal for the airport road. The road still isn’t completed, and the Borrowdale wetland is collateral damage.

At Greenwood Pharmacy in Kamfinsa Shopping Centre, the offerings are a bit more basic. The shopping centre isn’t thriving in the same way Borrowdale is, and the clientele isn’t as affluent. The lights are dim in the pharmacist’s area and on the shelves are bandages and plasters, painkillers and decongestants. Zyrtec? Oh yes of course. It’s out of stock at the moment. You might want to try Ballyntyne Park. Or Trinity in the Avenues.

Reaching the Avenues involves skirting Harare’s Central Business District (CBD), which requires both courage and patience. The streets were designed by a colonial government when motor vehicle traffic was light and a public bus system handled the majority of traffic in and out of the city’s high density residential suburbs. Today, the public bus service has collapsed and 16-seater minivans (“Emergency Taxis”) and private cars dominate the roads. The same shortchanging of infrastructure that brought Harare its unfinished airport road means traffic lights are often out of order, and burst water pipes, potholes and rubbish often block the roads. Zimbabwe’s government has recently suggested setting up an urban tolling system to charge motorists for entering the CBD. They claim the intention is to reduce unnecessary traffic into town, in order to decongest the roads and make driving in town easier. But as it stands, no one drives into town unless they have to: The experience itself provides enough discouragement as it is. 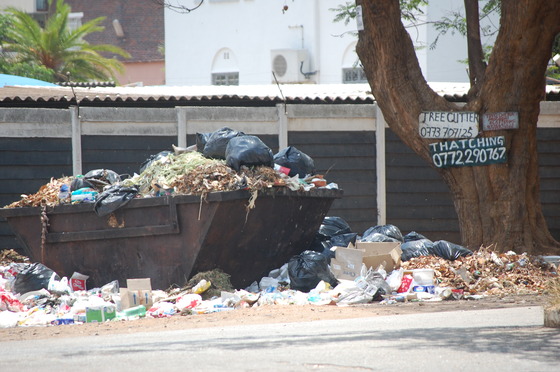 Adding to the challenge, the collapse of Zimbabwe’s formal economy has pushed more and more people into the informal sector. Zimbabweans vend – standing at intersections to sell newspapers, airtime recharge cards, hats, sunglasses, windscreen wipers, cellphone chargers, flags, and steering wheel covers, and sitting to sell vegetables, fruit, sweets, biscuits, nuts, fish, drinks, shoes, clothes, and many other items. In Harare’s city centre, the sprawl of vendors across the pavements and at intersections has generated hostility and tension among local businesses, motorists and pedestrians, who resent the extent to which the growing presence of vendors makes it difficult to walk through town or get into “proper shops.” To combat this, Harare city council has ordered vendors to move to registered vending sites.

Rather than head to the Avenues, I opt for Ballyntyne Park Pharmacy. The shopping centre is rundown – The lines in the car park are faint and the tar is potholed. It looks like there are more vendors outside than actual shops. But inside the chemist it’s another story completely: It’s even larger than Village Pharmacy, and even more neatly stocked with luxury items. Fancy some lube or a flavoured condom? This is the place to come. Want some Clinique or Lancome make up?  Hugo Boss perfume? Ralph Lauren cologne? Solgar vitamins? In Zimbabwe’s bifurcated economy, Ballyntyne Park Pharmacy is the chemist of the comprador class. Zyrtec? You need a prescription for that. Here, try this substitute instead. 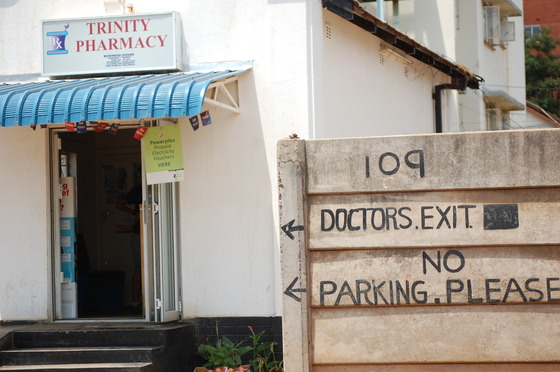 So I set off for Trinity Pharmacy. En route, I pass Montagu Shops, which ten years ago had a relatively classy pizzeria where I would often go and read or meet people. On the edge of the Avenues, it catered to the shrinking “young professional” demographic. Now, the shopping centre looks even worse off than Ballantyne Park. There’s an active bottle store, and a busy service station, and that’s about it. An empty lot hosts a half hearted used car dealership. On my right I pass one run-down block of flats after another. These are small complexes that in the past would have held attractive, reasonably-priced garden flats. Or four-storey blocks of flats housing small families. Now they need a coat of paint or three, roof repair, a new wall. Many host signs for small businesses: cell phone shop, appliance repair, business services. In others, washing flaps on the burglar bars outside the windows. Every flat has its own small satellite dish.

I find Trinity on Third Street. There isn’t a car park so much as a dusty bit of verge off set from the wide street with jacarandas growing up the middle. Between the dust and the chemist is a low brick wall, the right height for sitting on while you wait for someone. In white paint is old graffiti in English and Shona: “White People Go Away.” I go up the stairs to the chemist. It is a small narrow space the size of a living room, maybe, smaller by far than any of the chemists I’ve seen all day. On one side of the room, three chairs line the wall. They are occupied: an elderly woman with a walking stick, a mother and infant, a middle-aged woman looking exhausted. Another fifteen or so people stand and fill the open space in the pharmacy, pushed up against one another and the walls and counters to make room. Down the middle of the room, a glass cupboard separates the public area from the cashier. Behind the cashier is a wall of shelves with basic, essential medication: blood pressure tablets, pain killers, flu medicine. At the back of the room, two pharmacists fill orders behind a wire screen. Customers push their way through the crowd or into the room to get to the cashier. As people enter they ask one another where to stand depending on what they are looking for. Five customers come and go – questions asked, phone calls taken, instructions given, payments made. With each the cashier is patient, calm, attentive. There might be fifteen more people waiting, but she takes her time with each one. Finally, it is my turn to be served. Zyrtec? I ask. Never heard of it.