Healing through Ordinary Stories
What Chinese readers consume diverges from what is translated into English. Writers of ordinary life are often left untranslated—until now. 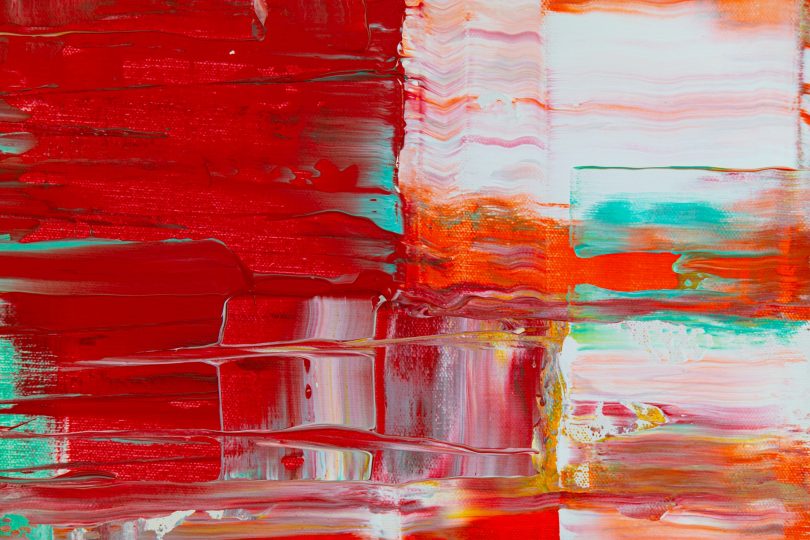 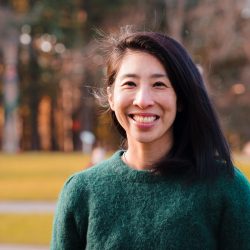 “We seem to have acquired a whole new level of understanding of what, one day, it might mean to lead an ordinary life, a life of ‘ordinary days,’” write Leo Ou-fan Lee and Esther Yuk-ying Lee in their joint memoir, Ordinary Days. Yet the concept of ordinary—or pingchang (平常) in the Chinese title—aptly reveals the tension underlying the genre of biji wenxue (informal jottings), an expressive mode of commenting on ordinary life. The tension is that there is nothing “ordinary” about the impressive emotional, intellectual, and artistic undertaking that writers of the genre have embarked on, as depicted in the literary journeys they narrate to the reader. Instead, deceptively mundane everyday practices—making food and listening to music in Ordinary Days, for example, or accidental sewing mishaps and shopping for miniatures in the poet Xi Xi’s The Teddy Bear Chronicles—belie intensely intimate personal details. Here the authors unabashedly open up their private lives to the reader, establishing a familiar and engaging relationship, a quality rarely seen in translations of contemporary Chinese nonfiction.

When readers look to writings in other languages, what do they seek? Translator Dylan Levi King points out that what Chinese readers are consuming diverges noticeably from the literature that is getting translated for a global (anglophone) readership. The main criterion for getting translated into English, according to King, is whether a work fits with the belief that “Chinese fiction’s main function is to explain China.” But where does that leave writers, and readers, of ordinary life and nonfiction?

Biji wenxue is a label that designates the literature of leisure and daily life. And it is used by the Hong Kong Literature Series editor John Minford, a renowned translator of classical Chinese literature, to describe Xi’s The Teddy Bear Chronicles and Lee and Lee’s Ordinary Days. Both of these English translations of Chinese-language prose works were recently published by the Chinese University of Hong Kong Press.

The Teddy Bear Chronicles is a prime example of contemporary biji wenxue, Minford explained this summer in an online lecture, because it “takes a nonserious topic and turns it into something serious.” Yet the genre has been “hugely neglected outside the Chinese world,” Minford suggests in the preface, because “it fits so awkwardly, if at all, into any existing Western category.” Both The Teddy Bear Chronicles and Ordinary Days are timely contributions to this missing gap in Chinese literature in translation, which remains skewed to the science fiction craze initiated nearly a decade ago by Cixin Liu’s The Three-Body Problem.

After reading both books, my initial reaction, as a self-proclaimed Chinese-literature fan, was that they were delightful—to academic nerdy types and Beanie Boo aficionados like myself. But I believed that they would be a harder sell to nonfans.

However, I quickly retracted this opinion. I realized that Xi Xi, Leo Ou-fan Lee, and Esther Yuk-ying Lee (through their translators) persuasively reveal the healing potential of creating literature, most likely its greatest superpower. Writing about everyday experiences can be therapeutic, just as discovering shared trauma and sorrow—through reading in translation—can elicit comfort and empathy.

Biji wenxue remains under-translated in English. Still, expanding anglophone readers’ access to this material helps us appreciate ordinary details that may otherwise be overlooked or marginalized, seen as too trivial. Given how much buzz in the world of Chinese literature in translation is generated by “banned” authors writing on blatantly political topics, or science fiction writers speculating about the “ultra-unreal” (to borrow Ning Ken’s phrase), understanding the nuances of individuals’ daily practices requires a deeper investigation. In this, then, biji wenxue is invaluable: it allows anglophone readers to access something extraordinary—ordinary life in the sinophone world.

Should Chinese literature—indeed, any literature—be discussed through what Minford calls Western categories? Why does it matter whether or not a piece of writing fits awkwardly with another’s expectation of it? Why, in other words, do we need “genre”?

Writing about Justin Bieber and the 2021 Grammy nominations in the New Yorker, Amanda Petrusich muses, “It’s difficult to imagine a Grammy ceremony that doesn’t rely on genre as its organizing principle—I suppose that would entail the bestowing of just one award, Best Music—yet genre feels increasingly irrelevant to the way we think about, create, and consume art.” According to Petrusich, with the proliferation of online music streaming services like Spotify, whose new model of user-defined playlists defies genre categories and focuses instead on establishing mood, music listeners are no longer restricted to thinking in terms of genre and have adopted more flexible listening practices. Petrusich concludes that “genre is a reductive, old-fashioned, and inherently problematic idea, and we should all be eager to see it rendered moot, but I remain curious about the contours of a post-genre world—what that might open up for the future, and what might be sacrificed.”

At first glance, pop music and Chinese literature in translation seem to have little in common. But Ordinary Days and The Teddy Bear Chronicles made me wonder about the role of genre in the narrow field of contemporary Chinese literature in English translation. It’s difficult to imagine Chinese literature in translation that doesn’t rely on genre as a defining marketing crutch. But if genre is as irrelevant and outdated as Petrusich claims, does the label of biji wenxue have anything to offer anglophone readers? Beyond the formalistic and thematic conventions implied by labels of literary genre, could the case be made instead for experimenting with genres that evoke moods of therapy, empathy, and repair?

When readers look to writings in other languages, what do they seek?

Both Ordinary Days and The Teddy Bear Chronicles are by writers closely linked to Hong Kong. And both books pay tribute to their literary predecessor: the legendary author Eileen Chang (Zhang Ailing 張愛玲, 1920–1995), who lived in Hong Kong in the 1930s and 1950s.

The Teddy Bear Chronicles, translated in English by Christina Sanderson, reminded me of Eileen Chang’s essay “A Chronicle of Changing Clothes”1 in its informal chatty tone, and the careful attention to material detail of historical trends and corresponding shifts in fashion. In her essay, Eileen Chang included her own black-and-white illustrations. Here, the elaborately dressed teddy bears that Xi Xi crafted as part of her therapy after cancer treatment have been photographed in color by Mark Chan and Lam-Kwok-wai, fulfilling the author’s simple desire, as stated in her afterword: “After five years of making teddy bears, complete with outfits, I just wanted to bring out a book with pictures of them to keep as a souvenir.”

The translated volume is organized into four main parts, beginning with “Chinese Bears in Antique Garb,” followed by “StoryBears,” “Fancy Dress Ball,” and “Bear Stories.” Each essay includes one or more photos of the charming bears artfully posed and resplendent with fitting accessories. The bears are inspired by famous mythical or literary characters—such as Princess Iron Fan and the Bull Demon King from Journey to the West or heroes from the Water Margin—or historical real-life figures, such as Qu Yuan and Zhuangzi. My favorite is Xi Xi’s version of the famous recluse poet Tao Yuanming, who stands peacefully (is that a drunken smile?) beside a bouquet of his trademark chrysanthemums.

The book provides a perfect response to the question Xi Xi poses near the end of the volume: “When I was rummaging through a pile of teddy bear books one day, I thought to myself, besides pandas, how come there aren’t any Chinese teddy bears?” The Teddy Bear Chronicles more than fills the absence that Xi questions. Indeed, the book proves that one artist’s creatively “ordinary” engagement can effectively challenge popular assumptions and expectations associated with national and cultural identity. 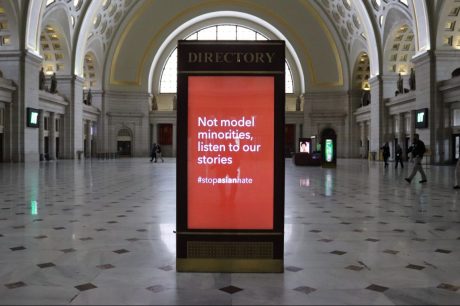 The Asian American Novel in Our Time of...

In many ways, Ordinary Days, translated by Annie Ren Luman and Carol Ong, is even more of an homage to Chinese literature, beginning from the reference to Shen Fu’s (沈復, 1763–1825) Qing-dynasty memoir Six Records of a Floating Reference in the title.2 Another famous love story that Ordinary Days draws on is Eileen Chang’s novella Love in a Fallen City (Qingcheng zhi lian 傾城之戀, 1943), which tells the tale of the young divorcée Bai Liusu, who falls for the playboy Fan Liuyuan in wartime Hong Kong. Chang’s story resonates with that of Leo and Esther Lee on a number of levels, one being that Leo Ou-fan Lee’s 1998 novel The Confessions of Fan Liuyuan was conceived as a loose sequel to Love in a Fallen City.

Ordinary Days follows the Lees through their first marriages and relationships with parents and family members, colleagues and friends, as they live, love, travel, and work in Chicago, Cambridge, Singapore, Taipei, Shanghai, and, of course, Hong Kong. Diary entries and letters are interspersed with other less conventional health-related content, such as Esther’s time-tested suggestions for combating menopause and nine recipes for skin-lightening methods, and frank reflections on the tolls of mental illness. Advocating seeking psychological treatment, she nonetheless surmises, “The less time one spends preoccupied with one’s illness, the sooner it will get better.”

A renowned scholar of modern Chinese literature, Leo Lee has had an illustrious career. The couple’s memoir provides readers an entertaining peek at their close friendships with Chinese literary celebrities, such as the Taiwan writer Pai Hsien-yung, who appears throughout the memoir and authored its preface. Hearing Lee express his nonscholarly perspective on Chinese identity feels like an unexpected treat:

I’ve taught modern Chinese culture and literature for years in American universities. And yet in all that time I’ve felt somewhat cut off, disengaged from the real Chinese-speaking world. I travel to Taiwan and mainland China a few times every year, but I always feel like a visitor. My principle goal in returning across the Pacific Ocean has been to satisfy my worldly desires—especially my appetite for Chinese food!

Reading this line during the pandemic’s travel ban was particularly striking. And as with Esther’s dietary advice, Leo Lee’s attention to culinary habits is connected to a rich Chinese literary tradition, which Minford generously shares with English-language readers in the “inspired commentaries” sprinkled throughout the chapters.

Recent developments in Hong Kong, Taiwan, and mainland China in the past few years add to an overall sense of desolation when we think about how things have changed since the Chinese version of this book was first published in Hong Kong back in 2002. Regrettably, what seem like elements of ordinary life in one moment can all too quickly become extraordinary in the next. Still, this realization reminds us to appreciate the present.

From the color reproduction of one of Esther’s paintings on the back of the title page of Ordinary Days to the photographs of Xi Xi and her teddy bears “on tour” posing à la Flat Stanley in the last section of The Teddy Bear Chronicles, these works in translation are a testament to the expansiveness of the biji wenxue category. Holding the potential to make anglophone readers come back for more, the two books are yet another counterexample to W. J. F. Jenner’s 1990 complaint that “modern Chinese writing in English seems to be a restaurant that most customers will visit only once.”3

Moreover, they are touching stories of illness and healing. Both books provide humorous and thoughtful reflections on the restorative powers of literature and art, featuring provocative experiments of visual expression and textile handicraft.

Literature is a tool. It allows the writer to document the ordinariness of the present-day, and then transform it—for the reader—into a nostalgic memory of the extraordinary past. 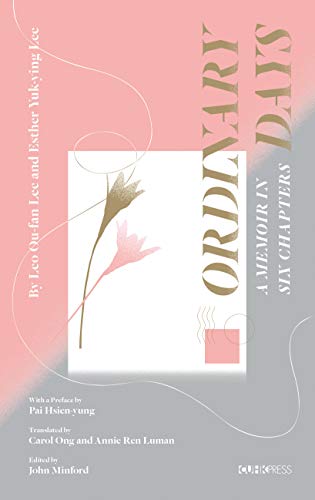 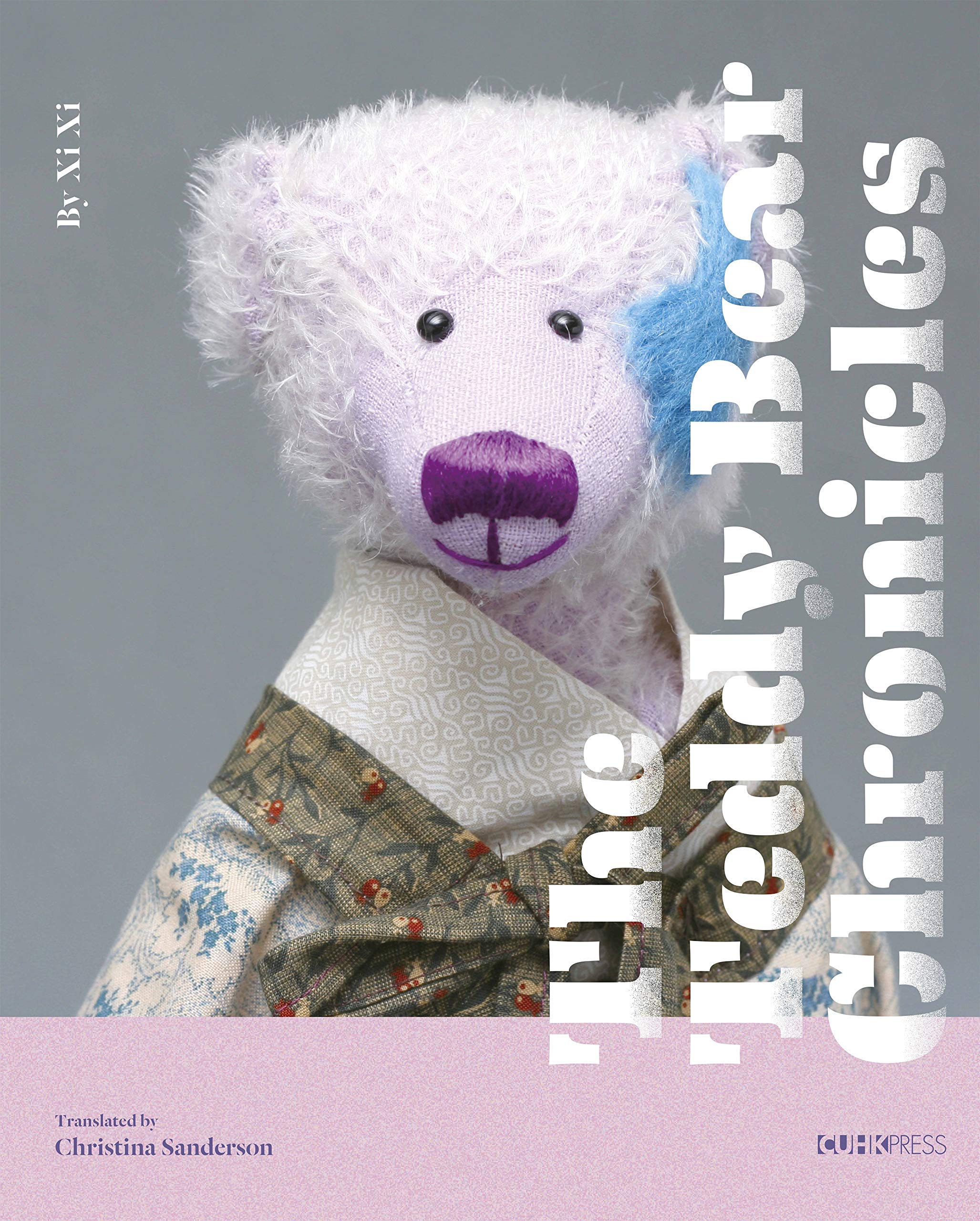