Her Own Audience
Gloria, the heroine of this film, has no fear of the grande geste. If her date’s ex-wife won’t stop calling him, Gloria will drop his cellphone in his soup. If, before making love, she must remove ... 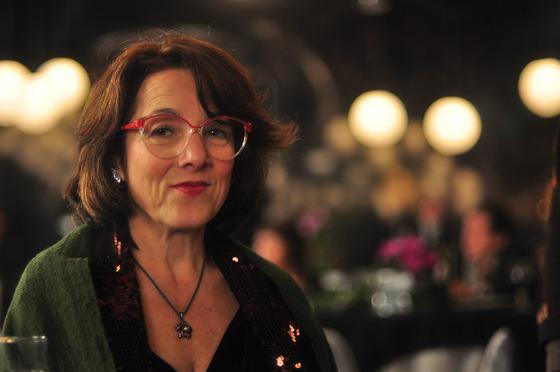 Gloria, the heroine of this film, has no fear of the grande geste. If her date’s ex-wife won’t stop calling him, Gloria will drop his cellphone in his soup. If, before making love, she must remove the abdominal binder that gathers in her boyfriend’s excess flesh (a consequence of his gastric-bypass surgery) she will do so with a wanton flourish. She is not afraid to dance alone. Gloria plays roles, certainly, but here’s the thing about Gloria: even as her search for love betrays all the self-awareness you’d expect from a divorced office worker in late middle-age, her self-dramatizations are balanced by a marked reticence and a steadily inward-focused gaze. Gloria does some wild things in this movie but she doesn’t say all that much. As the film observes her life, her friends, her children and their children, her city (Santiago), and her country (Chile), one of its many pleasures is watching Gloria live as naturally in theatricality as she does in her instinctive reserve. That Gloria succeeds is due, in part, to Paulina García’s beautiful performance in the title role, and in part to the film’s deft reconciliation of seemingly incompatible tones. To say that this commitment is essentially political is both true and inadequate. Gloria would shrug at such a conclusion, unimpressed.

Gloria is the story of the main character’s affair with Rodolfo, a former naval officer she meets at a singles dance. His rush to distinguish himself from “los militarios” is the screenplay’s only direct reference to the Pinochet regime, under which both Rodolfo and Gloria would have spent much of their adult lives. Nevertheless, Gloria is the latest in a string of Latin American films that have examined life in the wake of dictatorship through the personal dramas of middle-class, middle-aged women. The motif appeared first in The Official Story (1985) and achieved dazzling, terrifying expression in Lucrecia Martel’s The Headless Woman (2008). In these films, both from Argentina, an unresolved trauma provokes a profound crisis in a formerly happy woman’s understanding of her world. These women, walking metaphors for the bourgeoisie and its complicity, come to experience their lives as a succession of surreal encounters with signifiers of the buried national pain.

Into their gloomy company marches Gloria. Like them, she is surrounded by ghosts of the past: on a date with Rodolfo at the theme park he owns, she grows silent as a group of men walk by, bearing paintball guns and wearing identical, unmarked uniforms. There is the lover who disappeared from the dinner party without a word; the screaming neighbor; the man who rattled the front door one night, trying to get in. But Gloria’s oddness reflects perplexities of tone in the movie as a whole: how can so many visual cues evoking the dictatorship and its unacknowledged wounds, its unpunished crimes, so often be so funny? That man rattling at the door, for example, will inadvertently introduce Gloria to the joys of weed. And though the world Gloria lives in frequently threatens to leave her unmoored, this occasions in her not terror and despair, but a raised eyebrow and a tilted smile. Where those other women in other films shuddered, she laughs. It would be a mark of disrespect to this film to say that her laughter represents a triumph over past traumas; it may be the rueful laughter of a country, no longer young, that has foregone hope of an adequate reckoning. Gloria, and Chile, have decided to get on with their lives, ignoring, perhaps, what that decision has cost them. But whether or not Gloria is meant to represent Chile in the post-post-dictatorship age is less important to the film, and would be less interesting to her, than how good she looks in the role. Gloria’s performances, after all, are delightful to her because they are played to the audience of the self, and the self only: Gloria, girlfriend. Gloria, mother. Gloria, Chilena. Gloria, singer, dancer, lover of pop, hater of cats.