Heritage Studies after Said
The Middle East must no longer be defined through the lens of decolonization and the agendas of perpetrators. 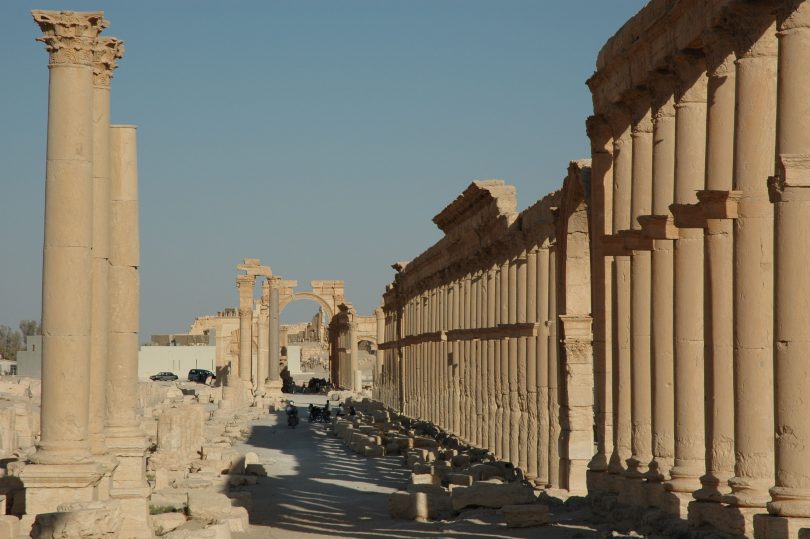 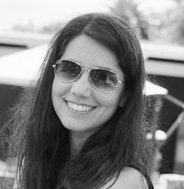 Despite the heroics conjured in heritage-safeguarding histories across the world, the practice and the study of global cultural-heritage preservation constitute a complex cultural encounter. Preservation involves acts of translation; therefore, preservationists are not without their own biases. When a Western or Orientalist gaze comes into play, an act of preservation might end up more like an act of projection, distortion, or worse. As an Argentinean studying the cultural-heritage politics of the Arabian Peninsula, I have thought long and hard about the trappings of an Orientalist epistemology, and about how my own disciplinary work and identity are implicated in specific imaginations of “the Orient.” “No production of knowledge in the human sciences,” warned Edward Said, “can ever ignore or disclaim its author’s involvement as a human subject in his own circumstances.”

My study of heritage-preservation practices and ideologies is significantly influenced by the cumulative effect of Said’s legacy. One of the key challenges that heritage preservationists and their institutions struggle to recognize is the weight of their own traditions and genealogies. Preservation agendas emerged (alongside archaeological expertise) in intimate complicity with colonialist and imperialist agendas.

But Said reveals how still more can and must be done to highlight these ideologies, even in a field informed by anthropological inquiry. Consider how the anthropology of the Middle East, as a discipline, became entangled with contemporary politics in the past two decades. Concordantly, heritage and preservation studies acquiesced to Western histories of empire, particularly in the aftermath of 9/11 and the War on Terror. This acquiescence impacted scholarly and institutional practices, training, and expertise, as well as the manner in which private agendas entangled with public agendas.

At the Center for Advanced Study in the Behavioral Sciences (CASBS), I am working on two book projects that tackle these genealogies and their effect across Muslim communities. The first reexamines the history of preservation narratives. Particularly, it shows how the literature of heritage studies excludes histories of religion and secularism. In so doing, the book illustrates how this global discipline finds itself unable to engage productively with religious traditions today, affecting modes of representation for the heritage of diverse non-Western territories.

The second book brings to light absences and misrepresentations perpetuated by experts who uphold Eurocentric principles of preservation in the Muslim world, with a focus on the State of Qatar. Such views, no matter how misguided, curate and cultivate a certain imagination about the Arabian Peninsula. This is a region that already grapples with preserving its traditional landscapes and institutions, while being host to processes of modernization taking place at an unprecedented pace.

I found the work of Edward Said relatively late in my academic training. Likewise, I was one and a half seconds too late to pick the study that he occupied at CASBS during the 1975–76 academic year: it had already been taken by another incoming fellow. As a result, I occupy the study right next to the one where Said finished his influential book Orientalism (1978). So I write this meditation on Said with apologies to the scholars who have shared my own study, no. 33; all of them accompanied me, in spirit, during an unusual year of social, and sometimes intellectual, isolation in 2020–21.

My intellectual isolation is not from peers or institutions, but from my field site. Throughout my fellowship, I have worked to stay engaged with the physical, social, and intellectual landscapes of my site in Qatar. In so doing, I’ve become increasingly concerned about the role of my own imagination—specifically, about how I’m now depending on my imagination to fill the gaps that I would have normally addressed through discussions with colleagues and acquaintances in situ. Fortunately, I can turn to Said’s inspirational warnings about the perils of using preconceived notions and representations to speak for others.

I am an anthropologist who studies heritage-preservation practices in non-European societies. So it is odd that Said was not required reading in any of my graduate school classes (though this is due in part to technicalities in the tradition of area training in anthropology). It was only while living in the State of Qatar that I did my first close reading of Orientalism; incidentally, the first page of the book is where I first read about CASBS. Nonetheless, my academic training was defined by a post-Orientalism intellectual landscape greatly influenced by his work. 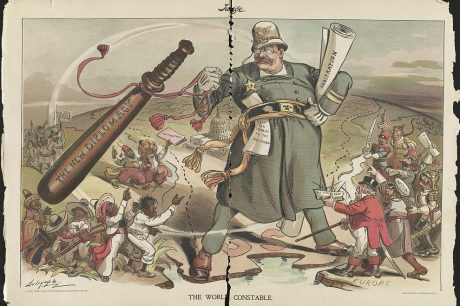 Said called attention to a style of thought that produced “the Orient” as an unsophisticated “other.” This construction of knowledge about both a place and its people, he argued, is informed by a Western style of dominating, restructuring, and asserting authority over the Orient. Such a style follows closely the end of colonial governance in the Middle East.

The ways in which heritage-preservation practices are implicated in reproducing Orientalism have been only marginally confronted. Straddling academic and public discourse, ideas of cultural heritage and its preservation appear to be timeless and generally enjoy widespread support. They circulate, innocently enough and effectively, through a combination of evocative rhetoric and imagery to represent both cultural riches and their antagonists. Key to this rhetoric is the idea that non-European countries make less sophisticated stewards of their past on account of their lack of resources, training, general preservation and museology traditions, and/or their endemic conflict.

But a critical inquiry since the late 1980s has been increasingly concerned with the construction of heritage practices by colonial and imperial agendas. In particular, this inquiry has examined the way in which guidelines and forms of expertise originate in Europe and spread through policy and practice to non-European contexts. A key player in this particular imagination of global culture is the World Heritage Committee of the United Nations Educational, Scientific, and Cultural Organization (UNESCO). It is, therefore, not difficult to align contemporary concerns in the study of heritage practice and discourse with a post-Orientalist exploration as it was proposed by Said.

there is a need to re-represent a region booming with continuous, sophisticated, and diverse expressions of cultural innovation.

This calling is most critical when we examine the way the Middle East has been represented within the canon of heritage studies. Here, Orientalist tendencies inform the depiction of a region predominantly as a territory endowed with historic resources, but suffering from substandard expertise—in other words, a territory in need of conservatorship.

In my work, I have considered how preservation traditions themselves shape how the region is represented, to itself and to others. These forms of representation include Austen Henry Layard’s visual and textual depictions of Arab workmen aiding in the removal of antiquities during the archaeological excavations of Nineveh in the 19th century; UNESCO’s marginalization of the Arab states (but not their monuments) during the formative stages of the organization in the 1950s; and a disciplinary emphasis on terrorist agendas that is used to characterize heritage management in the region as anti-Western at best, uncivilized at worst.

These homogeneous representations seem plucked directly out of the pages of Orientalism. It is as if Said himself had predicted the development of the international heritage-preservation instruments that have gained momentum since the late ’70s. In fact, the World Heritage List of UNESCO launched the very same year that Orientalism was published. 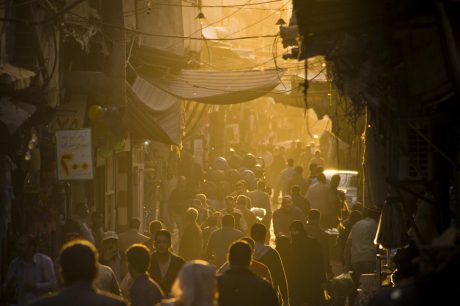 A Collapse No One Story Can Tell

Said may not be visible in the canonical reading for heritage studies—yet. But throughout his work, he lays out key axioms for the postcolonial (or neocolonial, Said would argue) study of heritage-preservation practices. In Orientalism, he identifies the influential and powerful role of imagination in the construction of knowledge about the Orient. But even earlier, in Beginnings: Intention and Method (1975), Said foregrounds the importance of understanding how meaning is produced as a result of a given beginning. For example, different definitions for “heritage” and “preservation” emerge, depending on where one identifies their origin—whether one sees heritage-preservation ideology beginning within a concern for nature conservation in the United States in the late 19th century, or, alternatively, within the context of French secularist policies of the early 20th century.

Later, in Culture and Imperialism (1993), Said foregrounds the significance of thinking about representations (their production, circulation, history, and interpretation) as the constituent elements of culture. In order to reveal the interdependence between empire and culture—and, once again, to encourage a critical study of heritage as a contemporary product shaped from history that is significantly dictated by political agendas—he prompts us to keep “the prerogatives of the present as signposts and paradigms for the study of the past.”

Finally, in Covering Islam, Said highlights the media distortions that put forth a particular imagination of all things Islamic. In so doing, the book helps us dismantle a caricaturized figure of the Muslim iconoclast against a global preservation ethos, who takes the spotlight from other practices of care across the region.

Against the grain of intellectual traditions that discourage imperfect, failed, or retracted conclusions, I support our colleagues and student trainees openly recognizing the degrees of separation that exist between us, the products of our imagination, and the practices and practitioners that we intend to represent. Despite my struggles in CASBS study no. 33, this is not a distance generated by a pandemic. Indeed, it is a distance created by heritage thought itself.

I am a humble posthumous student of Said. As such, I am not alone in advocating for new ways of seeing and understanding the Middle East. Still, there is a need to discard former, flawed representations. There is likewise a need to re-represent a region booming with continuous, sophisticated, and diverse expressions of cultural innovation. And there is a need to support an expertise that can rewrite, hybridize, and resist previous imaginations of itself. What is not needed is a region that continues to be defined through the lens of decolonization and the agendas of perpetrators. 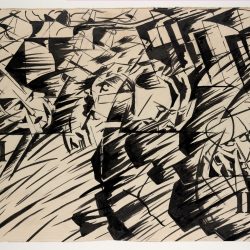