Hollinghurst’s Nighttime Travels
With The Sparsholt Affair, Alan Hollinghurst has established himself as the master of ellipsis, that conceit of novelistic form that leaves a period of time ... 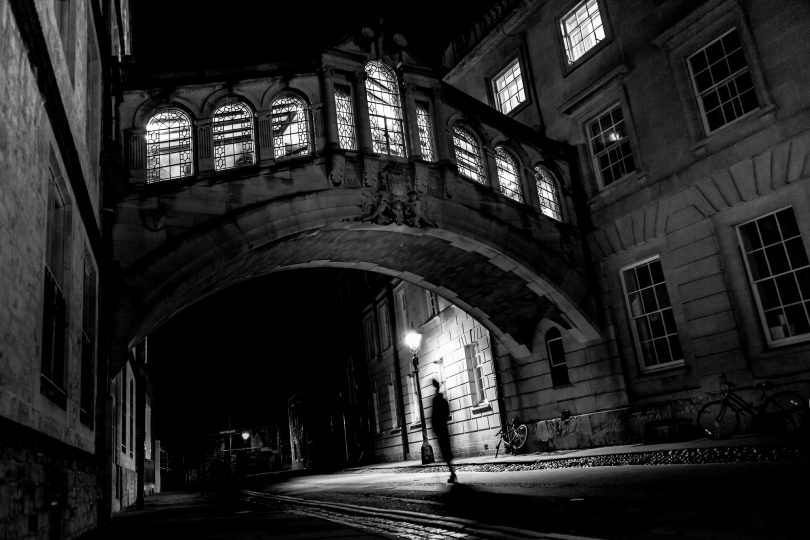 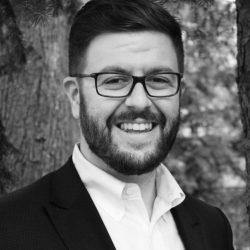 With The Sparsholt Affair, Alan Hollinghurst has established himself as the master of ellipsis, that conceit of novelistic form that leaves a period of time cloaked in darkness as the narrative skips over years or even decades in the movement from one section to the next, compelling us to salvage what knowledge we can, allowing detail to take shape out of the obscurity of the unnarrated, unavailable past.

He’s been working this form since the modest ellipses of the Booker Prize–winning The Line of Beauty, which checks in with its characters at three different moments of the mid-1980s; and he expanded its historical scale in 2011’s The Stranger’s Child, with a plot beginning in 1913 and ending in 2008, with multiple stops along the way. But although Hollinghurst seems to have become to ellipsis what his contemporary Kazuo Ishiguro is to the first person, Hollinghurst’s skeptical readers might wonder: couldn’t he try something new?

The novelist, tongue in cheek, raises the question on our behalf about halfway through The Sparsholt Affair, when he creates a doppelganger for himself in the minor character of Stanley Goyle. To the young aspiring artist Johnny Sparsholt, the novel’s protagonist, Goyle’s art recycles a predictable form: “He felt but of course didn’t say that there was something depressing in general about the way Goyle repeated himself, to the point of monotony; perhaps to him each new work had been an adventure, but to the casual eye he appeared to be stuck in a rut.”

Johnny strains after delicacy—one feels such things but hesitates to speak them—yet the barb sticks. The only way to save Goyle’s reputation, it seems, is to refuse the perspective of the “casual eye” that would only glance at broad outlines and find a droning repetition. Hollinghurst seems to challenge us to read his own work more closely, to find the shades and modulations that might reveal the variety of method and purpose in his experiments in ellipsis.

Indeed, in this novel Hollinghurst seems particularly attuned to the problem of elliptical obscurity, as a figure not for queer desire as such, but for the desires that bend toward queerness under cover of darkness. Queerness doesn’t hide here as it does in the ellipses of The Stranger’s Child. This novel shows us a gay adolescence and its aching desires forming under the bright sun of a beach vacation, and the sexual energy that thrums upon the rhythmic light-up dance floor of a gay bar, where one can even wonder, “Why shouldn’t the world of fantasy step on to the dance floor and show itself as real, touchable, kissable?” Brightly lit dramas of gay lust alternate with those darkened spaces in which desire becomes disordered. The novel directs our attention toward those possibilities—the new desires, sympathies, and risks—that take uncertain shape when two bodies feel toward each other, hopefully, through the darkness. 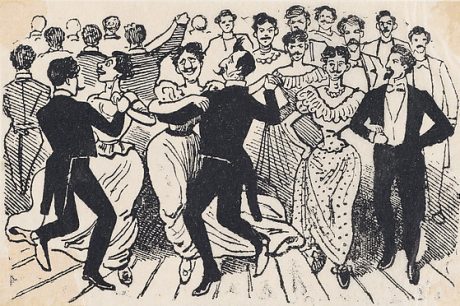 The World of Gay World Lit

The novel opens in Oxford during the Second World War, where blackouts periodically darken the city, torches cut sporadically through the night, and a group of admirers catches a glimpse of a beautiful man through a window at twilight, just as forbidding shutters are drawn closed by servants to barricade lit rooms. A representative nighttime scene later unfolds as this beautiful man, David Sparsholt, shares a walk with the puppyish Evert Dax, who is hopelessly in love with David and has been given subtle reason (the pressure of a leg against his under the table of a pub, a debt that must be repaid) to believe that he might be in luck: “It was on their brief walk back to college, in the barely penetrable dark, that the new possibility took shape, unseen, between them. … Their element was the night and the unspoken, in all its queasy ambivalence.”

David Sparsholt, object of so many queasily ambivalent desires and attachments, arrives at Oxford as a Royal Air Force cadet who understands university as an unfortunate delay on the way to a military career. After his valiant wartime service, he becomes a captain of industry, married to his university sweetheart Connie and father to their only son, Johnny. David also becomes the hazy center around which the novel organizes its currents of desire, mystery, and filial love, which shape and reshape themselves through three generations. A brief memoir written by Freddie Green, one of that smitten group that first spots Sparsholt through the window, provides the first, and best, section: a wonder of first-person narration in which the ostensibly heterosexual Freddie functions as an amanuensis for the desires of others while remaining an oblique character himself, a spy in training whose mission the novel never fully resolves.

Freddie’s role as a withdrawn but receptive narrator is captured in the way he recounts the story of his friend Evert Dax’s sexual obsession with David Sparsholt. Freddie figures Evert as an “analyst’s patient” and himself as the doctor who transcribes and interprets a narrative both “pained and hesitant,” as if Evert “seemed to run away several times from his own decision to tell the story.” At the heart of this first section is Freddie’s memory of a long night spent on lookout duty with Sparsholt, and the connection that emerges out of mere silent proximity: “brief dislocated intimacies, a blurring of boundaries between person and person in the surrounding dark.”

David Sparsholt becomes caught up in a scandal (the “Sparsholt Affair” of the novel’s title) that remains partly hidden in one of the novel’s elliptical blanks as “imagined and salaciously reconstructed events,” “a blurred image or two, the facts partial or distorted, the names eluding memory.” The mystery of David’s life then reverberates into other lives across decades. His son, Johnny, struggles to emerge from the shadow of his father’s notoriety while establishing his own identity as a gay man, a painter, a father. And he must likewise struggle to establish his position as the protagonist, a different Sparsholt than the one named in the novel’s title, animated as a character, both for us as readers and for those who encounter him in the novel, by his proximity to that scandalous surname.

For Hollinghurst, ellipsis has never only been a technique of repression.

We also follow the life of Evert Dax, who like Johnny both reveres and resents his father, a difficult modernist novelist and an even more difficult person, who wears his minor celebrity like armor. And finally Lucy, Johnny’s daughter through sperm donation, functions as the central character of one of the novel’s later sections, a child listening in and trying to make sense of the adult world and her unconventional family.

Surrounding these major characters are minor ones more frustratingly opaque than in any of Hollinghurst’s previous novels. Ivan, the gerontophilic lover of an aging Evert Dax, remains strangely underdrawn. Lucy’s lesbian mothers, Francesca and Una, are elusive. Even Lucy herself puzzles. With Lucy’s narrative, Hollinghurst nods to Henry James’s What Maisie Knew, that most famous use of a child’s point of view to investigate the world of adult sexuality, but Lucy’s perplexity at the world around her can seem outrageous, and a contrast to the complicated canniness of James’s Maisie. What child of lesbian parents and a gay sperm donor would be so dim-witted about Johnny’s gayness as Lucy seems to be when she asks him whether he’ll ever marry her mother?

It can be tempting to read Hollinghurst’s ellipses as primarily concerned with the passage of time. There are predictable sites of decay, such a form seems to insist, that eat away at the coherence of the past: the scandal, for example, that survives only through a cryptic photograph and “the shock of what a photo could catch.” But for Hollinghurst, ellipsis has never only been a technique of repression; here more than ever, it offers him a form through which to think about the composition of a fiction in spatial terms, each section of the novel abutting the ones on either side, the five sections forming a sort of pentaptych. As Lucy finds when viewing a display of Evert Dax’s paintings, which she has seen before in other arrangements, “the main interest lay in seeing them uprooted, divorced, regrouped, and sometimes repaired. … It struck her it all became a Collection, with a beautiful book about it, just at the moment it was being dispersed.”

The Sparsholt Affair asks us to make a Collection of its uprootings, (literal) divorces, and regroupings; the disorder sown by ellipsis is here privileged over its function of historical compression, simply allowing the novel to contain more of history in its limited pages than would be otherwise possible. (Indeed, in the age of Elena Ferrante’s Neapolitan novels, we can’t help but think that each of Hollinghurst’s sections could be—perhaps should be, now that the game has been changed by Ferrante—a separate volume.) 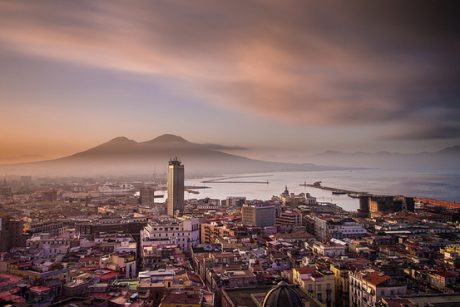 The metaphor of painting persists elsewhere in the novel as a way of thinking about its forms: Johnny, at work on a portrait of a wealthy family, is told that they have taken to calling the painting The Sparsholt Affair. And this comparison to the labor of painting and the fluid workability of a painting in progress may go some way toward explaining the seeming flatness of the novel’s minor characters. At one important moment Johnny wonders, “What was more vulnerable than a painted surface, screened only by varnish which itself darkened and distorted and sometimes even damaged what it was meant to protect?”

A sense of incompleteness might be one effect of a fictional portrait making attached to openness, contingency, and the possibilities generated when some things remain hidden in the slender dark spaces between episodes, or underneath the hard sheen of the distorting gloss on the surface. Hollinghurst isn’t repeating himself, isn’t stuck in a rut. With this newest experiment in the form, he continues to rework and repurpose the questions opened up by ellipsis, helping us to see it as a feature of narrative as complex and indispensable as the omniscience it so flagrantly denies. 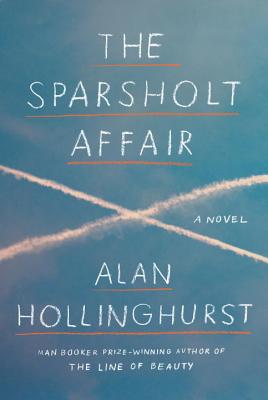