How Fascism Pushed Women out of the Frame
Italians today tend to draw a firm line between the totalitarian right-wing nationalist regime that ruled the Kingdom of Italy from 1922 to 1943 and the Italian Republic that emerged in its wake. The ... 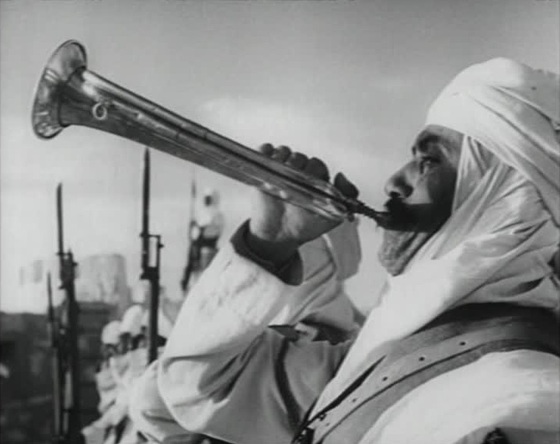 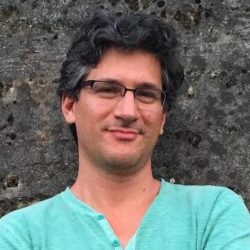 Italians today tend to draw a firm line between the totalitarian right-wing nationalist regime that ruled the Kingdom of Italy from 1922 to 1943 and the Italian Republic that emerged in its wake. The memory of Fascism and its cult of political violence, however, have never ceased to be timely in the Bel Paese, a country characterized by virtually constant political turmoil. The aural and visual features of the regime, whose control of the means of mass communication was near total, still haunt the Italian imagination. Footage of Blackshirts marching in enthusiastic review, propaganda newsreels, rationalist architecture, futurist portraits of Mussolini, and even the iconic image of the Duce declaiming from the balcony of Palazzo Venezia in Rome might look innocuously vintage in 2015. Take a closer look, though, and these images start to reveal the intertwined practices of political, gender, and racial violence that characterized those years.

Ruth Ben-Ghiat is a professor of Italian studies and history at New York University and a recognized expert on Fascist culture.1 In her latest study, Italian Fascism’s Empire Cinema, she contends that the films produced by Mussolini’s regime between the conquest of Ethiopia in 1936 and the collapse of Fascism in 1943 aimed at the creation of a specifically imperial conscience among Italians. In numerous grandiose public speeches the Duce announced the return of the Roman Empire and new, history-making Italian rule in the Mediterranean. He boasted of himself as a “protector” of the Arabs against the Turks, the French, and especially the British, and launched campaigns of “liberation” of African populations from slavery. The grim reality behind the propaganda included the interning of entire tribes in concentration camps in Libya and the extensive use of poison gas against the military and civilians in Ethiopia.

The antecedents to these ill-fated adventures were not Fascism’s contemporary totalitarian regimes but British and French colonial empires, together with their respective imperial imaginaries, to which popular Orientalist features and documentaries contributed a great deal. The continuity between British and French colonial cinema and Italian Fascism’s, however, is far from the only thought-provoking aspect of Ben-Ghiat’s study, which draws on previously unexplored military archives and largely neglected documentaries and features from the period. Even more provocatively, Italian Fascism’s Empire Cinema brings to light the uniqueness of the regime’s attempt to forge the modernist “New Man” by redirecting male desire to imperial conquest and excluding women from the public sphere. As Ben-Ghiat argues, “Fascist empire films resemble their continental counterparts in staging white male desire for exotic women, but stand out for their mandates that white men must overcome their susceptibility to women of any race to continue in colonial service.”

Fascists young and old went to war in Ethiopia in 1935 singing the hugely popular song “Faccetta nera” (literally: “little black face”), in which a “beautiful Abyssinian” is asked to wait in hope for the Italians to liberate her from slavery. Yet the song, despite its popularity, was censored by the regime after the conquest of Ethiopia. “Faccetta nera” sings of the love between a soldier and an Ethiopian girl—a situation that Fascist authorities criminalized after 1936.2 The fear of miscegenation went hand in hand with the instability of the recent conquest, of which intimate mixing with the indigenous population appeared a clear sign. Here race and gender policies do not merely follow but are indeed inextricable from the discourse of empire.

Ben-Ghiat’s book takes a step further, though, arguing that “in empire films, the primacy of the homosocial is asserted by plotlines that ultimately remove the Italian woman from colonial space.” As in other national film traditions focusing on empire, the colonies feature as a “therapy for masculinity”; as in American Westerns, the sense of the frontier and colonial life compel men “to reclaim a physicality and camaraderie imperiled by contemporary urban existence.” The protagonists of films such as Augusto Genina’s Lo squadrone bianco (1936; The White Squadron) and Goffredo Alessandrini’s Luciano Serra, pilota (1938; Luciano Serra, Pilot) redeem their previously dissipated lives by submitting to the superior will of the patria (fatherland). They accept their destiny of authority and responsibility through the assumption of military command in the colonies that the Duce conquered for them. This itinerary of redemption as subjugation to the Fascist law comes at the expense of relationships with Italian women, who eventually understand men’s sacrifice and therefore accept their own role as subaltern—and devotedly return home to Italy.

Fascist empire films violently attack women’s emancipation of the early 20th century, a “corrupting” independence that the Fascist press identified with the despised female stars of Hollywood films. Features such as Luciano Serra, pilota and Lo squadrone bianco—but also Il grande appello (1936; The Last Roll Call), Sentinelle di bronzo (1937; Dusky Sentinels), Sotto la croce del sud (1938; Under the Southern Cross), and many more—are expressly targeted at young men. These movies promise a destiny of adventure and power for the new generation, carrying Blackshirt violence to the colonies and fostering a new wave of thuggish exuberance. Whereas the French produced through empire cinema a “melancholy discourse of nostalgia,” one resting ultimately on a vulgarization of Rousseau’s myth of the “noble savage,” Italy’s belated imperialism prompted a relentless display of technological power—from the ubiquitous presence of aviation to the militarization of cinema. Mussolini himself famously called the national cinema “the strongest weapon” of state propaganda.

The image of Africa as sensory paradise (a common trope in colonial features) is not totally rejected, but it is seen as properly belonging to other, “corrupted” imperialisms—or to other races. Ambiguously “Levantine” female characters appear in films, such as Sotto la croce del sud by Guido Brignone, that focus on the risk of racial encounters and dramatize men’s loss of direction in the colonies—the mal d’Africa. The ending of Brignone’s film restores the balance when the corrupted female character of impure, undefined race is expelled and the Italian lead dies. It is no coincidence that Sotto la croce del sud was released after racial laws in Italy excluded Italian Jews from the national community. As Ben-Ghiat notes, it should come as no surprise, either, that the film was harshly criticized in the Fascist press for representing an Italian character incapable of self-mastery. Fascist empire cinema was at pains to eliminate melodrama and escapism (viewed as remnants of “corrupted” rule in French and British colonies), which Fascist Italy would eradicate and supplant with new masculine models fashioned on a modernist concept of romanità (the Roman essence or spirit) that would continue and renew the glorious past of Italy and the West.3 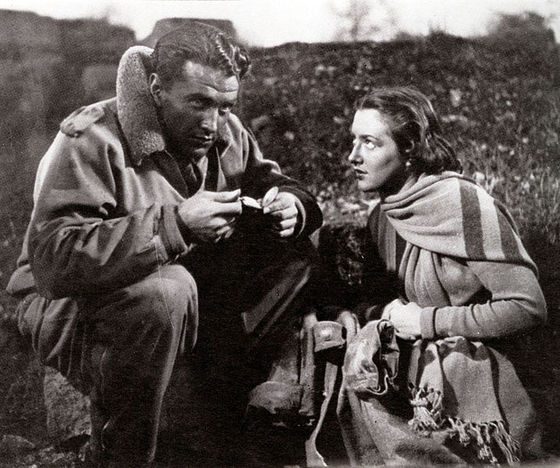 In her compelling last chapters, Ben-Ghiat outlines the decline of empire cinema in Italy, in line with the disastrous military campaigns of WWII that provoked the demise of the regime and foreign occupation in the last years of the war. Unsurprisingly, melodrama and the conspicuous presence of women as leading characters return in the regime’s WWII films. A movie like Augusto Genina’s 1942 Bengasi (Benghazi), focusing on the vicissitudes of the Libyan city fought over by Britain and Italy during the war, features a stellar cast with the principal divi of Fascist cinema, from Fosco Giachetti to Amedeo Nazzari. According to Ben-Ghiat, Genina’s feature is “the apotheosis of imperial filmmaking as a heroic male endeavor, yet it is a film about the crisis of Italian male agency.” As in many other films of the war years, in Bengasi women are “no longer pathologized or treated as traitors” but part of a national community under threat.

Yet melodrama and sensory escapism remained a spectral presence, reclaiming their space and intertwining their histories, only few years later, with that of postwar Italian auteurs’ cinema. After all, it was an Italian-born star, Rudolph Valentino, who became the international champion of Orientalist melodrama during the silent era through hugely successful films such as The Sheik (1921).

It was in those very years, however, that a new generation of Italian filmmakers who had apprenticed on Fascist features and documentaries began their careers. These men had a keen sense of cinema as an art concerned first of all with the immediacy of the real. Auteurs like Federico Fellini, Mario Monicelli, and especially Roberto Rossellini started their careers working on empire films, yet they famously introduced melodrama and female leads into their films narrating post-Fascist Italy. Ben-Ghiat carefully analyzes a lesser-known film by Rossellini, Un pilota ritorna (1942; A Pilot Returns), which, although shot during the last years of the regime and with a protagonist that seemingly follows Fascist clichés, subverts previous categories by appealing to the spectator’s humanity more than prescribing models of conduct. “It is in this reach to the spectator as a sensate rather than sensual being that Rossellini breaks most clearly with empire cinema,” Ben-Ghiat concludes.

The films examined in Italian Fascism’s Empire Cinema, in addition to being complex historical documents, are often visually and technically superb. Ben-Ghiat investigates their production and reception with a specific focus on the many stories they conceal. After reading her book and having seen some of these movies I wonder to what extent centuries of Catholic teachings based on personal sacrifice and redemption affected this supposedly new Fascist pedagogy through cinema. And how Fascist ideology justified the most apparent contradiction that empire cinema brings about: the many homoerotic undertones in its depictions of white male heroes. After all, Fascism considered homosexuality the “enemy” of the New Man it was attempting to forge.4 It’s also true that the Fascist celebration of masculinity and repression of female desire were anticipated in Italian modernist culture. In 1909 Filippo Tommaso Marinetti, the leader of the Futurist avant-garde, published the novel Mafarka le futuriste,5 in which the eponymous hero, having triumphed over his enemies in Africa, decides to consecrate his life to the creation of his son, the mechanized demigod Gomourka, without the aid of woman. More Homer’s Odyssey than Mary Shelley’s Frankenstein, the lucid delirium of Marinetti’s novel argues for a brave new world devoid of any female influence. The regime’s biopolitical project would accommodate the radical aspects of this modernist utopia. Italian Fascism’s Empire Cinema showcases not only the centrality of gender exclusion in Mussolini’s political agenda, but also the disquieting continuities between Fascism and modernist concepts of life and art.