How Other Halves Live
In disciplines ranging from philosophy to computer science, the term “black box” describes a system that cannot be understood internally, by how it works, but only externally, in terms of its inputs ... 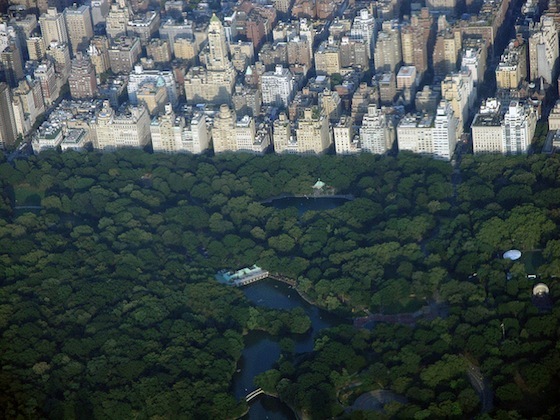 In disciplines ranging from philosophy to computer science, the term “black box” describes a system that cannot be understood internally, by how it works, but only externally, in terms of its inputs and outputs. Walter Mosley, with his recent science fiction novel Inside a Silver Box, offers a sociopolitical riff on the concept.

Although the Silver Box of the title is never fully described, we glean that it is an artificial-intelligence-cum-megaweapon created by an alien race called the Laz to “lay claim to everything, everywhere” as they “dominated, stole, and destroyed the fruits of a billion cultures” throughout the universe. As a sentient artificial intelligence, the Box soon develops empathy for its victims, seeking finally to destroy the Laz by imprisoning the disembodied soul of their leader, Inglo. Since landing on earth 57 years ago, the Box, with the “desiccated husk” of Inglo inside, has resided in a magically expanding and contracting cave hidden far beneath Central Park.

Just as with a black box, the workings of the Silver Box remain unseen, yet it powerfully affects those who come into contact with it. While resting on the stone that covers the Silver Box’s cave, Lorraine Fell, a young white woman from a very wealthy family, is attacked by Ronnie Bottoms, a black ex-convict “thug” and “minor predator.” When Lorraine resists Ronnie’s attempted rape and robbery, he murders her. Through the intervention of the Silver Box, however, their souls become intertwined: they emerge as interdependent living beings, with each taking on many of the characteristics of the other—along with superpowers. Lorraine, a runner in life, becomes inhumanly swift in her new afterlife; Ronnie, formerly a strong and “bulbous” man, becomes lean and inhumanly strong. Lorraine’s skin darkens; Ronnie’s lightens. It soon becomes clear that the two have been united for a mission: they must save the earth, and perhaps the entire universe, from the Laz and Inglo’s impending resurrection.

At first, Mosley’s shift over the past decade from the realist hard-boiled detective fiction for which he is best known—especially the 13-book Easy Rawlins series—to such clearly antirealist science fiction seems to make sense only if we label him a writer of genre fiction or escapist “paraliterature.” But it would be more accurate to say that Mosley’s science fiction continues the work of his detective fiction. The Easy Rawlins crime novels are set in the ’40s, ’50s, and ’60s and narrated by a working-class African American male detective. Mosley combines the mystery genre with historical fiction to investigate the longstanding—and ongoing—entanglement of race and (in)justice in the United States. As Easy Rawlins says of black men in Watts, Los Angeles, in Mosley’s 2004 novel Little Scarlet: “No matter how far back you remember, there’s a beatin’ there waiting for you.”

With his science fiction, Mosley moves backward and forward in time, the political stakes of such literary time travel only enhanced by the genre. As Mosley himself has written:

One tool that is greatly undervalued in the realm of literature (and therefore the rest of culture) is science fiction. This form of fiction has many different ways of pulling us out of our everyday mindsets and putting us into contemplative modes. …

The science fiction story is almost always a criticism of the lives we are living today. Once we can imagine a different world or technology then we can see ourselves in a new light. We are able to question the contexts of our lives that have hitherto seemed absolute.1

Deploying science fiction as a “tool” becomes both a strength and a liability in the deeply engaging, yet also didactic, Inside a Silver Box. The seemingly absolute contexts that the novel unsettles include the “ignorance and hatred” that racial, class, and gender differences so readily produce. This is science fiction with a message. And it turns out that there is a beating waiting for black men in the future, too.

Indeed, readers are clearly meant to understand the novel as an allegory of American empire and race relations. For Mosley, the systems of late capitalism—the new World Trade Center, a shiny new “silver box” and a “trading place,” provides a key location—along with race, gender, and class, produce violent outcomes in the present that we must acknowledge and seek to ameliorate. The United States might be in a post–Cold War, post-civil-rights era, yet the past is hardly over. As if to mark this fact, Mosley tells us that the Box arrived in 1958, just as the Cold War was getting hot and the civil rights movement was gaining momentum. But in 2015 it is still Ronnie, and only Ronnie, who is repeatedly beaten by police—the overdetermined narrative of the predatory black man never seems to change. And although Mosley initially seems very much to be reinforcing that narrative (did he have to label Ronnie a “thug”?), he ultimately unsettles it, as well as readers, by uniting—and at times redefining—victim and perpetrator.

It turns out that there is a beating waiting for black men in the future, too.

With their unusual bond, Lorraine and Ronnie begin to understand how it feels to have radically different experiences of America. When the pair is stopped by the police, for example, Lorraine rages indignantly and Ronnie must assure the officers that “Lore just ain’t nevah been stopped by the police before. She don’t know how to ack.” For him, by contrast, “the police with their truncheons and guns were like a sudden rain shower or birds on a wire. This was his atmosphere.” Afterward Lorraine asks him, “Is it always like this?” Despite her wealth and her posh Fifth Avenue condominium, she begins to experience what it means, every day, to be black and poor. Ronnie, for his part, comes to recognize the consequences of his violence: “Only other people’s blood and pain made him into reality,” he realizes.

Just so, empathy, imagined at an extreme that is possible only in science fiction, becomes the novel’s prescription. Samuel Delany, a writer almost as prolific as Walter Mosley and in as many genres, has observed that in science fiction, what is purely metaphorical in the “real world” can signify literally.2 That literalization permits us to understand our present reality anew. And in Mosley’s novel, trading places, literally, enables universal healing.

But it is less Mosley’s somewhat tendentious political and social allegorizing that engages us than his acute rendering of the everyday. Readers will savor how he writes of the mundane in this novel, as in his others. Wearing a “thrift store blue dress with … white lace along its high collar,” “sitting on a blue sofa and looking out on the evening lights of Manhattan, eating pizza and drinking red wine”—these are the satisfying staples of Mosley’s fiction across genres. And of course, Mosley can also be very funny. In the end, it is humor, along with everyday material and interpersonal experiences, that constitutes our common ground—and perhaps too a path to a kind of empathetic understanding. We might take a step closer to our shared humanity if we acknowledge the artificiality—as well as the material power—of metaphors like race that are made real, all the time, through the activities of daily living.

Black boxes are always opaque, their inner workings alien to our usual modes of understanding. With his Silver Box, on the other hand, Mosley imagines a way to pierce that ignorance and put us in the place of others who may seem absolutely unlike us. It is only when they enter the Silver Box that Ronnie and Lorraine truly understand the nature of their present. Deep within the Box, they undertake an epic journey during which each is able to endure torments only with the other’s help. The Box frames their journey as a means of “redemption” for both, as Ronnie acknowledges his guilt and Lorraine realizes “that she’d never had to answer for the crimes of her culture and her class.” Mosley’s reader’s journey, meanwhile, involves experiencing a similar transformation through the technology of fiction itself. And once we’ve traded places, we may well develop the will to act in the present, as Ronnie and Lorraine do, to save the world for the future.

Inside a Silver Box