Ideas Alone Won’t Tame Capital
Inequality emerged after the French Revolution, and again after the postwar boom, because our institutions have been hardwired to serve capital. 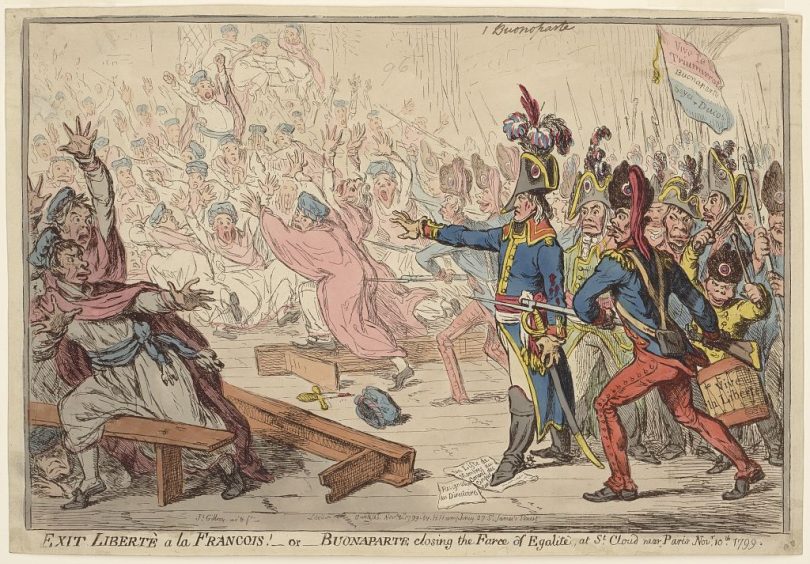 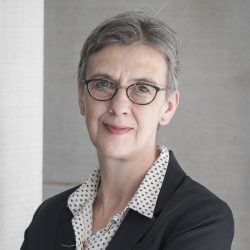 Marx and Engels, the founders of one of the most enduring ideologies, would have hardly disagreed with Piketty’s faith in the importance of ideas. But they also offered a theory of social change—namely, class struggle.

Piketty, for his part, argues that ideas drive societies in new directions, and that lacking new ideas is what keeps societies from taking advantage of critical junctures in history. “Change comes when the short-term logic of events intersects with the long-term evolution of ideas,” he writes. Piketty blames a lack of ideas at decisive moments of political unrest and upheaval—or “switch points”—for the course of history taking a wrong turn, instead of arriving at the possibility for real change. Yet, the rich historical evidence he himself presents in this book suggests that institutions are often more enduring than ideas.

Piketty’s comparative history in Capital and Ideology spans half a millennium and includes countries as diverse as France, Brazil, India, and the US. The book is loaded with rich comparative data, much of which has been compiled for the first time. This information includes not only standard economic fare, such as data on growth and, of course, inequality, but also political data on voting behavior, stratified by class. This allows Piketty to show how political alliances were forged in the 1980s and ’90s in support of a global order that fostered inequality.

The story begins in premodern societies, with their division of power and resources among the nobility, the clergy, and ordinary people (known as “trifunctionalism”). These orders met their fate in the rise of the modern nation-state, as symbolized by the French Revolution and its attempt to radically reorder social relations around the grand ideology of liberté, égalité, fraternité—and a new property regime.

This new property regime, as Piketty explains, was based on a new idea: abstract property rights, which were held by individuals irrespective of their social status. (That is, the French Revolution promulgated the notion that property was no longer a privilege of the nobility or clergy.) These abstract property rights, idealized and secured by the revolution, became the handmaiden for what Piketty calls the new “ownership society.”

The ownership society eventually faced its own crisis, in the form of two world wars and a major economic depression. This massive and prolonged crisis finally produced an opening for one of the most egalitarian periods in history: the era of the modern welfare state. This interlude lasted until the late 1970s, when the onset of globalization and the demise of the existing models of socialism set the stage for “hypercapitalism.”

The possibilities, in Piketty’s view, are infinite; history is not contingent, but a wide-open field in search of the right ideas.

In Piketty’s account, it was an absence of ideas that led the French revolutionaries astray, giving rise to the reconstitution of inequality. In a similar way, in the 1970s and ’80s, social democrats failed to develop fresh ideas in response to the conservative movements of Margaret Thatcher, in the UK, and Ronald Reagan, in the US, or to the demise of socialism globally. Piketty even faults the lack of ideological leadership in the West for the global South’s failure to pursue a different path. The financial crisis of 2008, finally, was wasted for lack of ideas.

Lest another switch point goes to waste, Piketty advances his own ideology, which he labels “participatory socialism.” Not a fan of Soviet-style central planning, he advocates a mix of policies that harken back to the welfare state of the postwar period. He lauds private ownership of firms, especially smaller, entrepreneur-owned firms. For larger firms, he advocates participatory comanagement by workers. His most important weapon in the arsenal of policy choices, however, remains taxation. In fact, taxation shall realize the notion of “temporary” ownership, with the private gains of the lucky few being recycled to provide social services—such as education, health services, or minimum income—for the rest.

The reliance on taxation is a little puzzling, given that Piketty concedes that primary inequality, such as access to education and the legal system, accounts for most of the observed inequality. Nonetheless, he places his bets on re- rather than predistribution—on the state’s ability to reclaim part of the private wealth that the state’s own laws and legal institutions arguably helped create.

A just society, Piketty argues, is one in which everyone has access to fundamental goods: “education, health, the right to vote, and more generally to participate as fully as possible in the various forms of social, cultural, economic, civic and political life.” Fiscal justice, along with data transparency detailing the location and distribution of wealth, are both critical ingredients for achieving justice in his view.

An international registry of assets, accessible not only by tax authorities but by the public at large, shall serve this goal. Disclosure has, of course, long been a major theme in financial regulation, but for Piketty it is less about market efficiency and more about social mobilization. In our postfactual world, Piketty refreshingly still seems to believe that facts about inequality will galvanize those left behind.

Piketty acknowledges that achieving greater equality will require a fundamental overhaul of existing national and international legal regimes. But this does not deter him. Given that the entire legal system—with its property, corporate, and labor law—is human made, it might just as well be remade in keeping with the new ideology. The possibilities, in Piketty’s view, are infinite; history is not contingent, but a wide-open field in search of the right ideas. “The real obstacle,” Piketty writes, “is neither legal nor institutional; it is primarily political and ideological.” 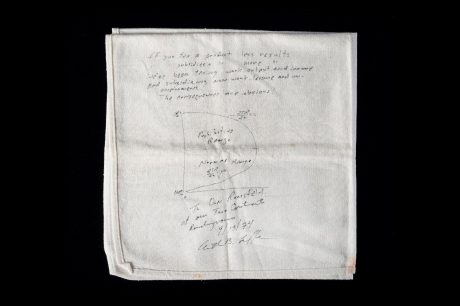 Piketty’s account of history weaves together two intellectual traditions: that of modern economics and that of the progressive (European) left. From economics, he derives the notion of fairly stable social systems that encounter external shocks from time to time (“switch points,” which disrupt the random walk of historical events, bear some resemblance to these shocks). From the left, he takes the belief in the feasibility of fair and effective top-down ordering by a (democratic) state.

Missing in both traditions is a deeper appreciation for the less visible processes of institutional change. These processes often work at cross-purposes to the big ideas that motivate social and political movements or legitimate the actual allocation of power and wealth. Such change may be incremental and difficult to detect with the usual tools of an empiricist. But that does not make them directionless or less relevant. In fact, strategic, well-resourced actors constantly push for change outside the limelight of politics and ideology, and often claim the authority of the law to fend off critique and legitimize success.

Looking back at the experiences in many countries, over several centuries, that Piketty presents in his book, one is struck not by change but by continuity: inequality persists or, rather, is reconstituted quickly even after switch points that proclaimed a more egalitarian future. Piketty honestly recounts how struck he and his collaborators were when discovering how quickly inequality reemerged after the French Revolution. Nonetheless, in Capital and Ideology, the institutional processes that were at work in the production of private wealth and inequality receive relatively short shrift.

And yet, in Piketty’s own account, the seeds for the undoing of the ideas of the French Revolution can be found in institutional change that was forged during the revolutionary period. Specifically, the revolutionary notion of property rights as an autonomous owner’s abstract right to a thing made it possible to extend the same legal protections that had been created for land and other tangibles to financial assets, that is, to expectations of future returns. These intangible assets took on ever more complex forms, from stocks and bonds to asset-backed securities and their derivatives, but their institutional roots can be traced back centuries.

It is, of course, true that property rights—indeed, the entire legal order—are not only human made but of the state. But it does not follow that the state can simply remake them. The reason is that the legal orders that have coevolved with capitalism have decentered public power and enabled private power, rendering the notion of an all-powerful autonomous state all but illusionary. For private-asset holders, the state is not another actor they confront, but a resource they can tap into for the creation and protection of their private wealth.

Still, for Piketty, as for many progressives, a state that is capable of social ordering and of redistributing private wealth is at the very center of their reform strategies. They assume something that would have to be first (re-)created for their ideas to work.

with the empirical approach that Piketty and his collaborators have developed, we will soon have an opportunity to find out how transformative ideas can be.

Breaking out of this deeply entrenched system is not easy. Piketty says as much when he explains the causes for the social-democratic interlude of the postwar era. The only period in history that produced relative equality (and even then only in a handful of countries, in the global North), followed a series of unprecedented massive disruptions of the extant order: two world wars, with their unprecedented destruction of physical infrastructure and private and national wealth; the Russian Revolution; the Great Depression; and the Cold War.

Even more startling is that the combined effects of such drastic events failed to produce lasting change. As soon as the Cold War ended, hypercapitalism took off, taking advantage of the same institutional mechanisms that had produced private wealth and deep inequalities in earlier periods, only this time on a global scale. Yes, progressive taxes were also rolled back, but the wealth-creation process itself accelerated and encompassed ever more countries and their productive capacity; it also produced ever more asset classes that owe their existence entirely to law—namely financial assets and intellectual property rights.

Piketty could have hardly anticipated how soon another switch point would be upon us. The COVID-19 pandemic and the social, economic, and political crises it has engendered will likely be remembered as a turning point in history. The direction of change, however, will not only depend on ideas. Many states are manifestly ill-equipped to respond to this crisis, much less able to forge a better future.

Hardly anywhere is this more obvious than in the US and the UK, states in the vanguard of hypercapitalism. Having dismantled state capacity for decades, their crisis response necessarily relies excessively on private agents, many of whom are seeking to turn the crisis into yet another opportunity for private wealth creation.

Some states are taking a turn to authoritarianism to avoid accountability for their governance failures, Hungary being the most prominent example so far. Even in countries where a functioning democratic state still exists, there will be little time for the kind of deliberation Piketty envisions for harnessing ideas. This is not his fault, but simply reflects a deeper historical truth. 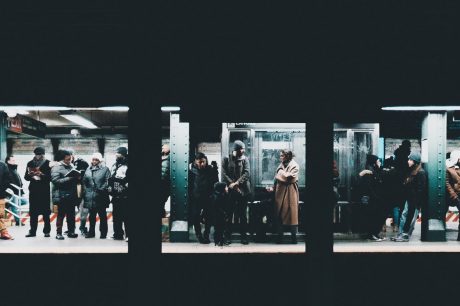 How to Evolve Past Capitalism

Crises may create an opening, but more often than not this opening materializes as the urgent need to rebuild a sinking ship in open sea and rough waters. Ideas are no doubt important, but the same ideas grafted onto different institutional foundations, using different institutional strategies that are patched together hastily to avoid a shipwreck, will make for very different ships that will sail in very different directions.

Happily, one thing is certain even in these uncertain times: with the empirical approach that Piketty and his collaborators have developed, we will soon have an opportunity to find out how transformative ideas can be, given the institutional reforms different countries will implement in response to the economic crisis the pandemic has triggered. 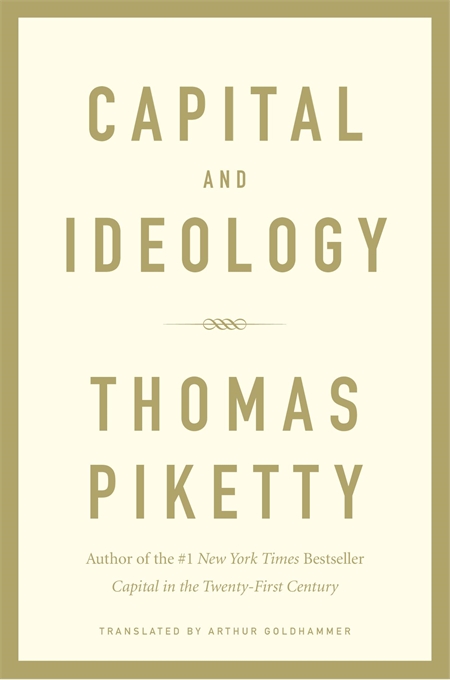