Imperial Couplings
Hazel Carby’s Imperial Intimacies explores the couple, and intimacy, as foundational historical categories in postcolonial and decolonial studies. At the heart of her narrative lie Carl, a Jamaican ... 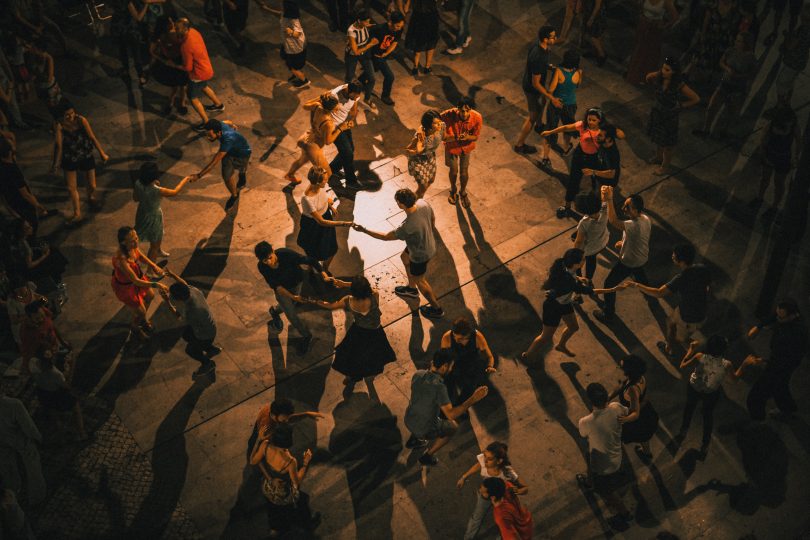 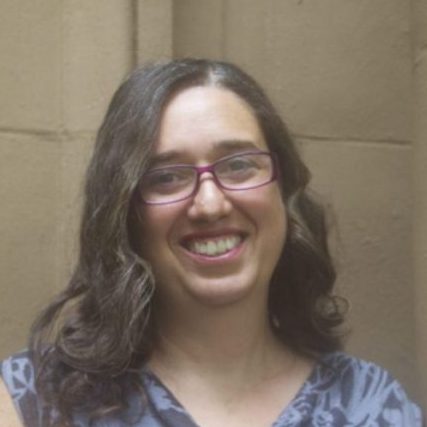 Hazel Carby’s Imperial Intimacies explores the couple, and intimacy, as foundational historical categories in postcolonial and decolonial studies. At the heart of her narrative lie Carl, a Jamaican man, and Iris, a Welsh woman: the parental couple who produced the author and whose genealogy she retraces. Imperial Intimacies is a complex historical memoir; what makes it complex is its enactment of a different genealogical method and a different way of telling a family history. Imperial Intimacies demonstrates the profound implications of thinking about Atlantic and colonial histories as founded on an infinitude of couplings. Carby’s treatment of such couplings in her own family history inspires me to reflect on genealogies of intimacy and mixed-race couplings—including my own—and the role of women in telling these stories of diaspora.

If we think about the commonsense meaning of the word “genealogy” (derived from the Greek word genealogie, meaning “the making of a pedigree”), we think about bloodlines and kinship systems broadly, family trees and lineages more personally. Recently, a DNA test taken by a sibling of mine confirmed what my family members always knew to be culturally and historically true about ourselves: we were Jamaican creoles, of European and African descent, half-white and half-black—or “mixed,” the box that my mother encouraged us to check upon arriving in the United States. What surprised me was the specificity with which the DNA testing map revealed the history of colonial entanglements and decolonial genealogies that shaped our own emergence as individual subjects.

With 53 percent of our DNA from Europe—Northern England, Northern Ireland, Wales, the Scottish Lowlands, Northwestern Europe—and 47 percent from Africa—Cameroon, the Congo, the Southern Bantu peoples, Benin/Togo, Mali, Ivory Coast / Ghana, and Nigeria—the genealogy map revealed something more complex than that I was “mixed.” Instead it laid out a map of bloodlines extending across Africa and Europe, tangled family lines and histories located in noncontiguous geo-cultural locations. It stimulated my imagination about all of the movements across Northern Europe and Western Africa that led, over centuries, to that momentous, brutal passage of at least two ancestors to the New World.

I write “two ancestors” intentionally, to evoke a key feature of a typical genealogy. In such a mapping, one is not simply tracing movements by individual subjects. In reality, such subjects are produced from, and carry, the racialized, gendered, and sexual relations of their parents in their biological, cultural, and psychic DNA. In a genealogy, therefore, one is tracing the movements of couples, and, ultimately, the couplings of individuals such as Carby’s Welsh mother and Jamaican father. It is these couplings—encounters between human reproductive pairs, whether brief or sustained, consensual or forced, committed or transient—that lead to the emergence of the self as a particular, historical subject.

Genealogies, even decolonial ones, are as much sexual histories as racial histories. And once sex comes into focus as the organizing principle of a history, individual subjects become less important than relational ones. The couple is a meshed and merged historical formation, and its offspring becomes a vector of and for the forces that mold human histories and entanglements.

“Imperial Intimacies” is a tale in which a woman’s story encompasses a global history.

Imperial Intimacies is both geographically expansive and interpersonally brutal. It is a tale that stretches between two islands. It reaches back through the English villages in Somerset and Devon, where Carby’s mother grew up, to the Wales of her maternal grandparents, Charles and Beatrice Leaworthy, an agricultural laborer and a seamstress. The book, like Carby, also goes back to Kingston, Jamaica, to the neighborhood of Potter’s Row, in Rae Town, where her father was born and raised, the son of Rose and Wilfred Carby and grandson of Marie Munroe, mother of five. Traveling even further into the past to trace both her maternal and paternal grandparents’ parents and beyond, Carby takes us back to the days of the black Carbys and the white Carbys—the enslaved and the holders of the enslaved—from whom she inherited her surname.

What is most striking about Imperial Intimacies is its modeling of a story of the individual subject, which is woven through a family history that stitches that subject to—and binds that subject within—empire and its relations. Carby’s story deploys an understanding of genealogy inherited from Foucault and described recently by Lisa Lowe, who writes that genealogy is the production of “a historical ontology of ourselves, or a history of the present.”1 Carby’s “history of the present” maps a diaspora of couplings that stretches across two archipelagoes, extending with, she writes, “the tensile strength of a spider’s web” throughout Atlantic space and time.

Carby’s “historical ontology” retraces the genealogy of pain and intimacy from which she was born, as an imperial subject forged within complex gendered, raced, classed, and sexed networks. It is a tale in which a woman’s story encompasses a global history. It focuses our attentions on what heterosexual couplings mean to the individuals in question, to the eras that bring them together, and to the descendants that follow them.

How does Carby define intimacy? Is it a private affair, or does it play a role in public life? How are family histories and intimate stories important in broader, global dynamics?

In her study of the lives of black middle-class couples, Anastasia Curwood highlights marriages “created at the intersection of human individuality and the pressures of racism.”2 For Curwood, racism serves as a necessary historical backdrop as she studies “marriage from the inside out,” placing in the foreground “black people as individuals with rich, varied, and complex interior lives.” Intimacy, in this sense, evokes the private life of the inner mind, the individual consciousness, as it develops from within the contours of a marriage.

For Lisa Lowe, intimacy is better explored as part of a broader structure of history. As she argues in The Intimacies of Four Continents: “We may unsettle the ‘dominant’ notion of intimacy as the possession of the individual, if we consider both the ‘residual’ and ‘emergent’ forms of intimacies on which that dominance depends.” Lowe offers a notion of “intimacies” in the plural, intimacies generated from “the circuits, connections, associations and mixings of differentially laboring peoples, eclipsed by the operations that universalize the Anglo-American liberal individual.”

Lowe’s unusual approach has everything to do with her desire to capture creole genealogies, the “mixings” of racial history evident in the tangled “circuits” of families that spread across four continents. In this era of DNA testing, even individuals with less far-flung relatives can discover that their family trees have unanticipated offshoots and secret branches.

In Imperial Intimacies Carby borrows from Lowe’s approach, inflecting the story of her parents’ marriage with the effects of the convergence of two very different family histories. Her parents’ story becomes a prism through which to view the double consciousness of the black subject of mixed race. My purposeful conjoining—“the black subject of mixed race”—reflects Carby’s articulation of an identity in which her biography inflects her social identifications and vice versa. Her double consciousness is shaped by her parents’ “coupled consciousnesses,” as individuals of two different races who carried, in different ways, the historical burdens of colonialism and slavery on their bodies and in their psyches.

Imperial Intimacies reveals multiple “mixed” couplings and “mixed” peoples hidden in the imperial archive.3 “The enslaved, servants, labourers, soldiers and mariners” who passed through the small English village of Devon, for example, became part of a story of intimate relations across the color line. This story includes “nurses, factory workers and domestics,” “the well-educated to the poorly educated,” white mothers who came “from counties all over Britain, from small villages and from large towns and cities,” who struggled with housing and employment discrimination because of their mothering of brown babies. These tales offer “a reckoning of movement between and among places, spaces and peoples.” They belong in the archive of “intimacies” that constitute the genealogical pathways of the African diaspora.

However, these are also stories of the painful “scattering that results in racialized encounters and the violent transactions that produce racialized subjects.” They leave behind in those subjects an infinity of psychic traces, traumatic deposits that must be inventoried. Combining elements of biography and autobiography, Imperial Intimacies produces a self-inventory, as Carby asks herself and her readers: What psychic residue is left behind in the offspring of such mixed couplings? Her self-inventory embeds capitalist and imperial histories of class and race within the institutions of marriage and family. In writing this account, Carby pairs historical materialism with a black feminist sensibility to retell the world’s story as her own. 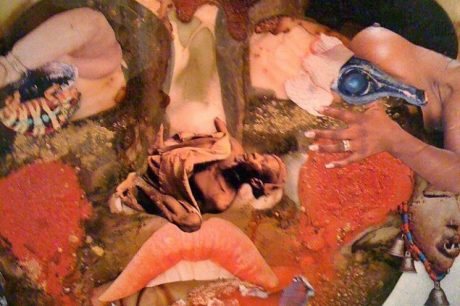 “The men all so good for nothing,” quotes Carby on the first page of her preface, “and hardly any women at all.” This citation of a comment from Jane Austen’s character Catherine Morland, in Northanger Abbey, prompts the question: Why is this story of diaspora told by a woman? Is understanding diaspora as a genealogy of couplings, of relational subjects in their violent, fleeting, and immemorial encounters and intimacies, specifically a woman’s story? “Men seldom become scholars on the subject” of intimacy, Harriet Lerner reminds us,4 and neither do they often locate themselves as the subjects of such stories. Her observation suggests two reasons why this story can—and must—be told by women.

First, when we leave women out of the stories of heterosexual men, we sever those men from their relational networks, that is, the network of intimacies to which their senses of self, works, actions, and perspectives on the world are, in fact, attached. Such severing only strengthens the myth of the isolated, liberal individual—a myth perhaps even more detrimental for those men in our lives who may not, yet, realize that it is a myth.

Second, to do so is to ignore the ways in which the subject emerges from a site of multiple intimacies, and how, often, those multiple lines of intimacy meet in clashing, traumatic encounters. There are many such moments of traumatic intimacy in Imperial Intimacies, as in many diasporic subjects’ lives. At times it is a very grim tale, a tale of girlhood lost in self-annihilating, sexually and verbally abusive encounters. Diasporic genealogies of intimacy are also a palimpsest of painful couplings; however, leaning into these moments of intimate trauma enables us to tell richer, deeper, more textured inventories and stories of our black, imperial, diasporic selves.

This article was commissioned by Tao Leigh Goffe and Ben Platt. 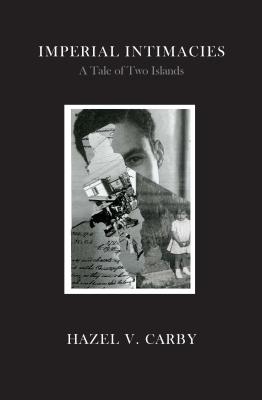