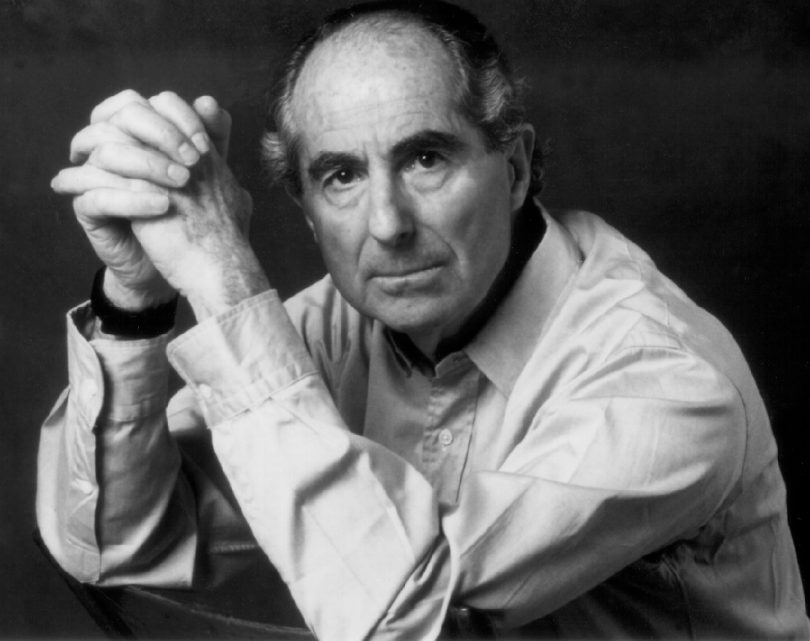 The obituaries are striving to strike the properly respectful note, but with Philip Roth that was always going to be a challenge. The New York Times highlights Roth’s interest in masturbation, and the fact that “Gershom Scholem, the great kabbalah scholar, declared that the book was more harmful to Jews than ‘The Protocols of the Elders of Zion,’” before delivering this ambiguous verdict on his oeuvre: “Mr. Roth was the last of the great white males: the triumvirate of writers—Saul Bellow and John Updike were the others—who towered over American letters in the second half of the 20th century.” The Guardian (“chronicler of American politics, Jewishness and male sexual desire”) and the Washington Post (“seminal author of comical and simmering discontents”) also struggle to shoehorn a 60-year career into the tidy contours that memorialization requires.

Instead of asking what is lost with Roth’s death, though, it may be worth asking what we still have. Roth was a genius at anatomizing moments when violence bursts from some private recess out into the open. Many of his novels are acutely attuned to the before and after of such explosions, when each of us becomes detective and prosecuting attorney, looking backward from the disaster with the forlorn hope that understanding it will undo it.

Roth’s skill at that forensic work, his ability to weave together the personal and the international, was brought home to me recently, when I started delving into the stories of ordinary American (or Canadian, or British) kids who had in one way or another turned terrorist. Media accounts of these youthful killers somehow manage to forget what their stories have to do with earlier moments when the young took up arms with world revolution in mind. Somewhat to my surprise, the best guide I could find to that history turned out to be Philip Roth’s 1997 novel American Pastoral. The Weather Underground may have been an unrepresentative edge of the Radical Sixties, but looking back, its deadly bank robberies and bungled explosives mishaps seem as cutting-edge and as predictive of the present as what was happening on the streets of Paris, Prague, or Oakland.

Admiring Roth’s account of terrorism on the local scale does not mean giving his misogyny and other moments of bigotry a pass. But despite those flattening tendencies, American Pastoral gets something crucial right. It is about a teenager named Merry who in 1968 decides to declare war on the Vietnam War and the whole oppressive American state by blowing up the tiny post office in her town’s general store. The only victim—it’s unclear if she intended his death—is a neighbor Merry has known for years. After that first, arguably accidental killing, Merry becomes a terrorist on the lam, an expert bomb maker for a fictional organization that closely resembles the real-life Weather Underground.

Instead of asking what is lost with Roth’s death, it may be worth asking what we still have.

Roth’s novel is neither a diatribe against Merry nor her vindication. The story unfolds mainly from her father’s viewpoint. Seymour “Swede” Levov is a star high school athlete turned obedient heir to his father’s glove factory, an assimilated Jew married to a Catholic. Swede and his wife, Dawn, move from working-class Newark to Republican rural New Jersey to be “normal” Americans. The novel asks how mother, father, and readers are supposed to judge their daughter’s trajectory.

What should we think of the close friend who hid Merry for weeks and helped her make her way into the underground? What of the glib literature professor who defends acts of “rebellion against the oppressive state” while mocking Dawn for having been Miss New Jersey? When Swede finally tracks down Merry, she has become a Jain, wearing a veil so that she won’t even accidentally kill a bug. Does that make it right to forget or at least forgive what she did at the edge of adulthood?

By forcing us to stand with Swede, Roth asks readers to approach Merry the murderer from a perspective that thwarts our desire for simple quick judgments, for vindictive assessments. We are in the presence of the one person who can neither judge her and move on nor accept that what she did was somebody else’s fault. Caught between guilt and hope, he clutches every straw with a death grip, until “at the kitchen table one night Angela Davis appears to the Swede, as our Lady of Fatima did to those children in Portugal, as the Blessed Virgin did down in Cape May. He thinks, Angela Davis can get me to her.”

Yet even with his imaginary interlocutor he finds himself bargaining, equivocating, hedging: “He tells Angela that he attends evening meetings all over Newark despite his wife’s fears. … He does not tell Angela that his daughter is childishly boasting, lying in order to impress her, that his daughter knows nothing about dynamite or revolution, that these are just words to her and she blurts them out to make herself feel powerful despite her speech impediment.” Even his fantasies ultimately fail him. Just as there is no way for him to square this circle, to turn his dream Angela into a real daughter, so too the book offers no way to balance the equation, to calculate the relationship between private misery and public rebellion down to three decimal places. 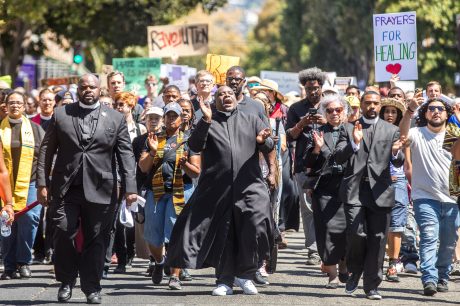 The haunting observation at the heart of this book is Swede’s revelation of parental failure. Thinking about what Merry could have or should have done if she was angry (apart from blowing something up), he tells himself that she should have relied on words instead, only to find that suddenly that answer strikes him as completely wrong. The world (of 1968, of 1997, and perhaps of 2018 as well) is a sea of words, a cacophony, a discordant symphony. Words drop into the void: “But a bomb. A bomb. A bomb tells the whole fucking story.”

Joseph Conrad’s novel The Secret Agent made a similar point almost a century earlier: if you are a terrorist, “bombs are your means of expression.” Not only that: Merry stutters. Her stutter makes her spiritual kin to Stevie Verloc, the bomb carrier in The Secret Agent, and to the stuttering almost-innocent killer in Herman Melville’s Billy Budd. Finding herself flooded by the words on television, of her teachers, of her garrulous neighbors and angry relatives, Merry can only listen and grow angrier about “Lyndon B-b-b-baines b-b-b-bu-bu-burn-’em-up Johnson!” Find yourself denied the meaningful outlet of words and what do you do? Throw a bomb that tells the whole fucking story.

As a literature professor, I desperately want Roth to be saying that fiction too can tell the whole fucking story. As a human being, though, my takeaway is much simpler. It comes from the relationship between Merry’s stutter and her bomb, between Billy Budd’s stutter and his right arm. Violence may be a speech act of last resort, but it can also be signal where everything else is just noise.

So, am I saying that Roth still speaks to me today but only to say, in effect, “Bombs away”? Not quite. In a virtually forgotten 1973 essay, “My Baseball Years,” I see him offering a way to move beyond American Pastoral’s dull boom. As a kid, Roth writes,

Baseball was a kind of secular church that reached into every class and region of the nation and bound millions upon millions of us together in common concerns, loyalties, rituals, enthusiasms, and antagonisms. … [T]he war that began when I was eight had thrust the country into what seemed to a child—and not only to a child—a struggle to the death (“unconditional surrender”) between Good and Evil. Fraught with perilous, unthinkable possibilities, it inevitably nourished a patriotism grounded in moral virtuousness and bloody-minded hate, the patriotism that fixes a bayonet to a Bible. It seems to me that through baseball I came to understand and experience patriotism in its tender and humane aspects, lyrical rather than martial or righteous in spirit, and without the reek of saintly zeal, a patriotism that could not quite so easily be sloganized, or contained in a high-sounding formula to which one had to pledge something vague but all-encompassing called one’s “allegiance.”

I’m deeply moved by the distinction Roth draws here between a patriotism founded on Pearl Harbor and one founded on Ebbets Field. Readers still need to ask themselves why they love their country, and how. I hear Roth saying that even if we are not ourselves bomb throwers, our words can become bomblike—battle-hardened. Roth’s reminder about bayonets fixed to Bibles and sloganized patriotism seems as alive to me today as his genealogy of Merry’s turn to mayhem. When it comes to talking about things you love, and about the feeling of solidarity that such love produces when it’s shared, it may not be such a bad thing to find yourself at an occasional loss for words. Lyrical patriotism may mean foregoing the last word, or losing the argument to win the war.

This article was edited by Sharon Marcus and copyedited by Stephen Twilley.

Featured image: Philip Roth as pictured on the back of his 2010 novel, Nemesis