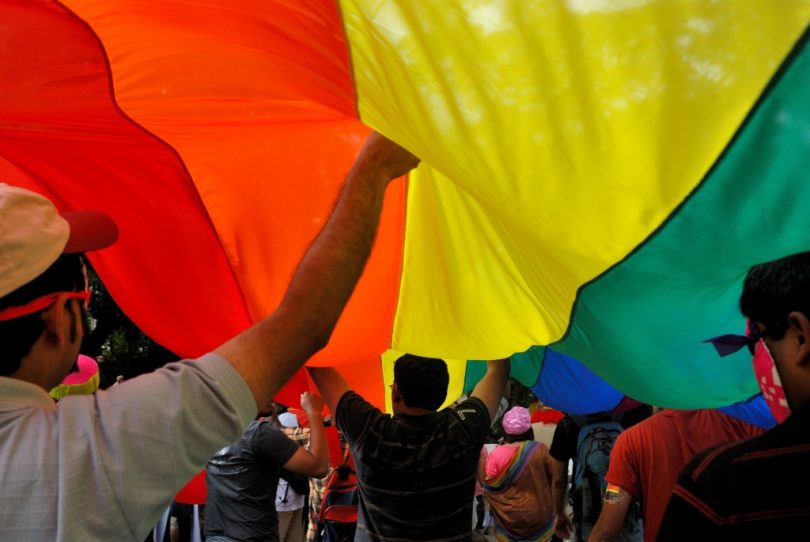 The landmark Delhi High Court verdict in 2009 striking down Section 377 of the Indian Penal Code—the section criminalizing homosexual sex—heralded a significant shift in queer activism and queer representations in India. While the verdict was the result of extended campaigns by the Naz Foundation and others, the euphoria that followed the Delhi High Court’s decision expanded the space for queer sexuality within the mainstream conversation on India’s progressive futures. This was so much the case that even when the Indian Supreme Court reversed the Delhi High Court decision in 2013, the nature of the conversation had already shifted irreversibly.

This shift, combined with the recent expansion of the Indian publishing industry and of online cultural production, including in the bhashas (Indian vernaculars) and in translation, has contributed to a flourishing of queer representations and texts in India today. This has included sex-positive websites like Agents of Ishq, e-zines such as Gaysi, graphic novels such as Kari (2008), and Bollywood films such as Aligarh (2016), along with a range of queer voices in fiction. Although some of these texts specifically address the continuing need to repeal Section 377, others have begun to consider the diversity of queer lives in the heterogeneous subcultures that constitute India today. These texts present queer formations across traditional divides of urban/rural and English/bhasha to offer new possibilities for queer representation in India beyond the legal domain.

Jerry Pinto’s Murder in Mahim has Section 377 at its center, but it goes beyond advocating for its repeal to rethink the Indian family in light of new queer realities. The novel makes use of urban noir detective conventions, and it begins with a murder in a local train station toilet in Mumbai. The protagonist is Peter Fernandes, a former journalist called on by his friend, a police inspector, to help solve the case. In the first few pages of the book, Peter and his wife, Millie, open a newspaper to see a picture of their son, Sunil, leading a gay rights protest in Mumbai following the Supreme Court’s 2013 reversal.

As Peter and Millie ponder the implications of the photograph, Peter discovers that the murdered man was what is known as a chhakka, “the catch-all word to mean that the dead man wasn’t a heterosexual as they understood heterosexuality,” and that he was murdered in a cruising hotspot. As the case proceeds to seep into his personal life, Peter is increasingly introduced to a queer Mumbai.

Indian writers are using fiction to imagine new queer families, queer selves, and queer futures in spaces beyond the metropole and in languages other than English.

These two plotlines—the murder mystery and Peter and Millie’s family life—offer two interrelated perspectives on the queer city. In solving the mystery, Peter discovers the daily violence perpetrated on gay people who conduct their sex lives in the hidden spaces of the city. Pinto indicts Section 377 not only for its homophobia but also for making gay men vulnerable to blackmail and violence by the police and others.

Pinto’s vision of what a new queer Mumbai might look like is most evident in his tender account of Peter and Millie’s transformation across the course of the novel. One of Millie’s uncles is revealed to have a live-in male partner, and, even closer to home, they have to come to terms with the possibility that their only son might be gay. They initially greet this idea with shock and denial, but their love for their son ultimately endows them with a generous flexibility regarding the normative values of marriage and grandchildren that they had unimaginatively assumed would be in their son’s future. By picturing this openness, Pinto suggests a possible future for queer love even against the backdrop of Section 377 and within the apparently rigid structure of the traditional family.

Mohanaswamy, first published in Kannada in 2013 and in an English translation by Rashmi Terdal in 2016, is less directly caught up with the consequences of Section 377 and more interested in queer identity and affect in contemporary India. Although novels written in the Indian vernaculars are often considered to offer a more authentic account of Indian life, well-known Kannada writer Vasudhendra’s text moves back and forth across the urban/rural divide and between English and the bhashas, thus obviating discussion of any false or fetishized sense of “real” Indian culture. The book is structured over 10 interrelated stories, most of which feature a protagonist named Mohanaswamy, although he is not always the same person. This decision compels the reader to see Mohanaswamy not as a stable individual but as a series of incarnations, suggesting the irreducible diversity of the queer experience. 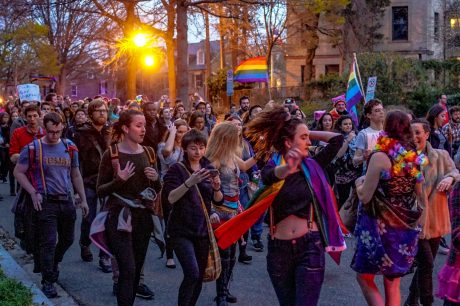 The Big Picture: “The Parliament of Bodies”

The first story, “The Gordion Knot,” sets the tone for the rest of the book. As Mohanaswamy waits for his lover, Karthik, to get home, he receives a phone call from one of Karthik’s distant relatives telling him that his engagement to a woman has been finalized. Mohanaswamy is devastated by the news. Later that night, Karthik gets a call from his future fiancée and he leaves Mohanaswamy alone in their bedroom while he talks to her for an hour. This scene prefigures the couple’s breakup, as Karthik gets involved with wedding plans and ends his relationship with Mohanaswamy.

Mohanaswamy forces himself to attend Karthik’s wedding but then spends the following night torturing himself by imagining the couple in their marital bed. Finally, he decides to arrange a meeting with a younger man he met on the internet, but the date is a bust. The story ends on a note of ambivalence, between the despair of loss and the renewed energy of promise for the continuation of Mohanaswamy’s queer life.

In the book’s rural stories, by contrast, there is no possibility for such domestic scenes. Queerness exists largely in the open air, on verandas and in quasi-public spaces, in liminal locations that remain unclaimed by domestic life. In this world, the most common ways to name queer sexuality are insults or epithets. “Knowledge” about queerness also circulates in folk wisdom about what makes a man gay: because his parents were older when he was conceived, or because “if the wife comes on top during intercourse, boys with feminine qualities will be born”; conversely, a rumor circulates that learning to ride a bicycle can make someone straight.

These stories’ rural characters display a range of attributes that make them queer, but often in fluid ways that elude the characterization of them as LGBT. The young Mohanaswamy’s queerness is indicated only elliptically, when his mother tells him that she notices something different about “the way you speak, the way your voice sounds, the movement of your eyes, your body language, the games you play.”

Mohanaswamy’s rich inner life and his many avatars suggest a Krishna-like figure who constantly shifts from desiring to being desired.

Yet despite the fact that queerness is never named, Vasudhendra’s rural domain is saturated with daily intimacies that arise between men, starting with friendship but also including sex and love. This fluid domain is perennially open to misreading, and Mohanaswamy often falls into the trap, misunderstanding physical intimacy for queer legitimacy. For instance, in “Bicycle Riding,” when Sumit asks him to sleep in his bed after a late night, and hugs him as they lie together, Mohanaswamy’s physical response ends up ruining their friendship.

Again and again, the communication between bodies, full of longing and desire, comes into conflict with rigid social definitions and prohibitions. Sumit is clearly attracted to Mohanaswamy, but when the possibility of penetration arises he feigns disgust. Such incidents of rejection and disappointment leave Mohanaswamy in isolation, depressed and occasionally suicidal. In “Kashiveera,” the stakes are raised even further, as Kashiveera threatens to publicize Mohanaswamy’s advances, blackmailing him for his silence and again filling Mohanaswamy with a sense of frustration and shame.

Surprisingly, however, the book as a whole is not bleak or depressing. Mohanaswamy’s rich inner life and his many avatars suggest a Krishna-like figure who constantly shifts from desiring to being desired. For Mohanaswamy, sexuality is woven into his daily experience in ways that are at times difficult and at other times fill him with joy.

One of the book’s most touching stories is “When Unspoken Words Come Back Haunting,” in which a middle-age Mohanaswamy worries about aging in a society in which most people live with close family. Despite his sadness at the prospect of facing illness and death alone, Mohanaswamy refuses to get married for the sake of having a life companion, considering that kind of dishonesty abhorrent. In “The Unpalatable Offering,” Mohanaswamy finds himself in the financial position to buy a swanky new apartment, but has no one to share it with. These pragmatic assessments of the future jostle with the meaningful queer life that Mohanaswamy builds for himself in the present, and speak to the specific inflection of the gay experience in a family-based society like India. 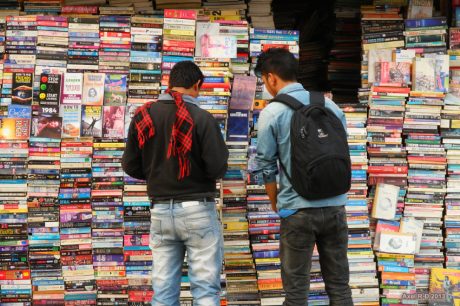 By being written in Kannada, this book also expands the queer imaginary beyond the Anglophone world. Here, Kannada is not merely an alternative to English but a marker of the elusive experiences of desire and affect that have not yet coalesced into language at all. In “Bicycle Riding,” Mohanaswamy admits that he “identified himself with” the word “gay,” “though he wasn’t sure whether it really described him … He didn’t know what gays were called in the vernacular.”

In “Four Faces,” Mohanaswamy meets a man on Grindr who barely knows English. He texts Mohanaswamy in Kannada: “Maga, Neenu hasigenyage keytiya illa keysikoltiya?” (“In bed, will you be fucking me or will you get fucked?”). This SMS not only queers the vernacular that is often associated with sexual conservatism, but opens up a range of sexual possibilities in the misfit between English and Kannada. In such moments, Mohanaswamy offers new ways of framing queerness outside of India’s metropolitan spaces, where English dominates queer life.

These two works suggest that while overturning Section 377 remains a crucial front for social justice in India, writers are using fiction to imagine new queer families, queer selves, and queer futures in spaces beyond the metropole and in languages other than English. These books participate in the important work of clearing a space where diverse and multiple queer subjectivities can exist, and where, hopefully, they can flourish when the act is finally repealed. 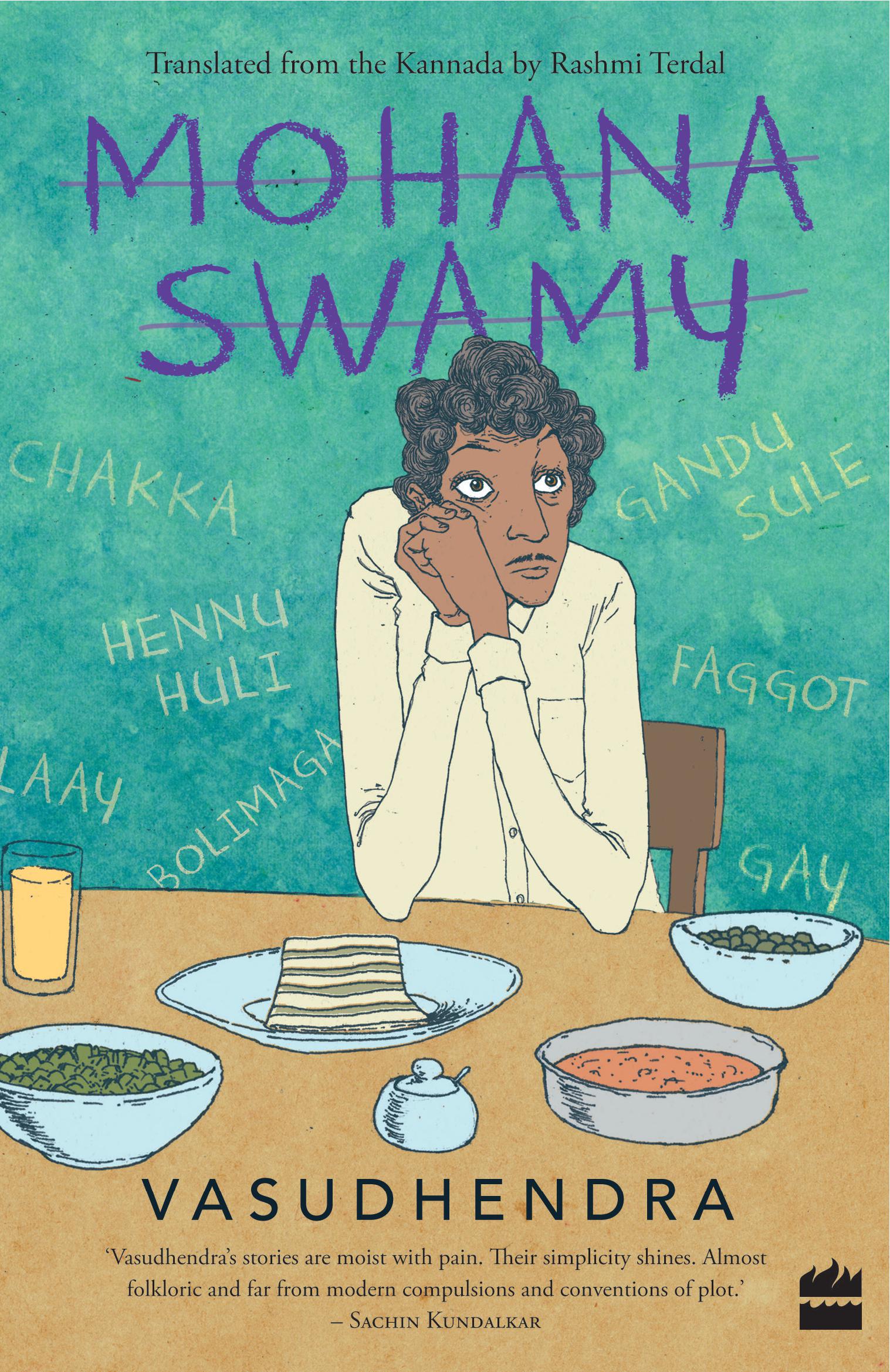 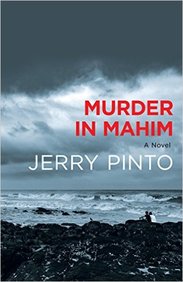