India’s Fans and India’s Future
Obsession is one of the hallmarks of love in Indian cinema: specifically, a love that breaks down borders. 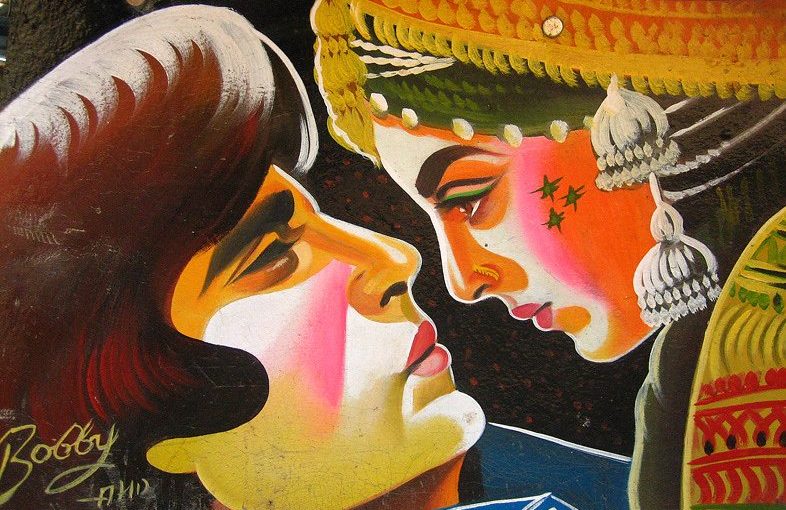 There are millions of die-hard film fans around the world, but it might be said that their affective intensity is particularly concentrated in the cinema halls and the public spaces of India. Fans in India come from all walks of life: they are men and women; straight and queer people; adults, grandparents, and children; Hindus, Muslims, Sikhs, and Christians. As such, could fandom point to a new kind of future, one that transcends rather than reinscribes differences?

Indeed, intense fandom blurs the boundaries between self and other, giving us new idioms to imagine who we are and who we might possibly be. In a world in which self-help outsells all other genres of books, even as it offers only limited versions of self-transformation that are constricted by the logic of capitalism and patriarchy, the kind of self-making promised by fandom offers a powerful alternative. This is because Indian fandom is founded not in reason or in the head but in the desires of the body, in the passions of that organ so often celebrated in Hindi film titles: dil, or heart.

Such fans—and their visceral devotion—are rarely given pride of place in discussions of Indian cinema. And yet, excluding fandom means fundamentally misunderstanding Indian cinema, especially when it comes to how it views itself.

For example, an October 2019 episode of David Letterman’s My Next Guest Needs No Introduction featured Bollywood superstar Shah Rukh Khan (known by his fans as SRK). Letterman paid due respect to the popular actor, reminding us of his more than 3 billion fans worldwide and praising his charisma and intelligence. (This, fortunately, was a far cry from Letterman’s interview with Bollywood star Aishwarya Rai on The David Letterman Show in 2005, in which he seemed genuinely perplexed at the existence of a successful film industry outside of Hollywood. By 2019, Letterman seemed to have educated himself on at least the basic facts about the Mumbai film industry.) Meanwhile, Shah Rukh Khan was charming, cooking Italian food for Letterman in his Bandra home and showing him his signature move—arms extended to both sides—back in the New York studio.

What wasn’t captured on Letterman’s show was a full portrait of SRK’s fans and how their love has fueled his success. Rather, Letterman played the role of amateur psychologist, trying to dig behind the star image to find the “man” underneath. But Khan kept bouncing back earnest inquiries about his background, his parents’ deaths, and his childhood memories with clever and witty quips. These might have seemed cagey, if you didn’t get the role Khan was playing—his best role yet, that of the Bollywood superstar.

In this role, being an “employee of th[e] [Shah Rukh Khan] myth” means not being accessible through interiority or psychological depth. Instead, Khan correctly showed how Bollywood stars are consumed entirely as surface pleasure. And while Letterman kept trying to attribute Bollywood fandom to Indian “culture,” Shah Rukh and his wife, Gauri Khan, talked instead about “love.”

So what love were the Khans talking about, the kind that Letterman couldn’t understand? There is the love between characters within Bollywood films, to be sure, and there is also the love of the audience for the films, which binds together fans across all walks of life in India. Perhaps it is this love that makes India’s fans unique.

Bollywood’s extravagance makes it the perfect vehicle for celebrating the excess that is fandom, even when it takes a dark turn.

It is well known that Indian fans are intensely cinephilic, waiting in long lines to attend first-day-first-show screenings, congregating outside film stars’ houses to take photos and selfies, and treating stars like minor deities. When superstar Amitabh Bachchan was injured on the set of Coolie in 1982, his fans held mass vigils and went on pilgrimages to bring about his recovery.

And today, at any time of day, groups of fans hang out outside Shah Rukh Khan’s house, hoping to catch a glimpse of the star. SRK’s megapopular 1995 film Dilwale Dulhania Le Jayenge played continually at the Maratha Mandir cinema in Mumbai for over 20 years. That kind of longevity and commitment often characterizes fans’ love.

Bollywood itself is in love with obsessive fans. The industry’s love can be seen in the 1971 film Guddi—in which the protagonist refuses to get married, insisting she has already given her heart to the film star Dharmendra—as well as in the 2007 film Om Shanti Om, whose hero remains single-mindedly devoted to the movie star Shantipriya. Bollywood’s extravagance makes it the perfect vehicle for celebrating the excess that is fandom, even when it takes a dark turn, as in the recent Fan, in which SRK played a double role, starring as both a film icon and his obsessive, stalking admirer.

But mostly, these attributes of Indian fandom are a target of derision, both within India and globally. This scorning of fan devotion reveals an underlying dismissal of what are seen as Indian fans’ primitive loyalties and the nonmodernity of Indian popular cinema more generally. This kind of belief is supported by Bollywood’s over-the-top storylines, complete disinterest in realism, and fantastical song-and-dance sequences.

Most critics and scholars have taken a distanced, sociological approach to Indian fandom, studying it as an emergent political consciousness at best and a form of mass delusion at worst. And despite their purported interest in entering the mind of the Indian film fan, even celebrated documentaries like For the Love of a Man (directed by Rinku Kalsy, 2015) and Being Bhaijaan (directed by Samreen Farooqui and Shabani Hassanwalia, 2014) end up showing fandom as a sort of hollow, futile enterprise: an expression of masculine angst or a search for identity in a globalized India that cannot offer any “real” futurity to its citizens. Across the board, fandom is analyzed for what it reveals about the ostensibly more important social, political, or economic domains, rather than for how it might offer alternative futures founded in the body. 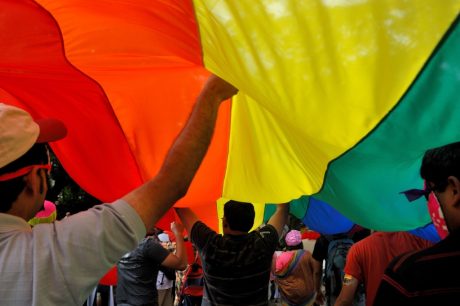 And yet, intense fandom does point toward alternative futures. Fandom reveals new understandings of the relationship between self and other; gives new, queer significance to love and devotion; enables the formation of new collectivities outside of the seemingly entrenched categories of gender, class, and ethnicity; and, when understood as critical practice, helps us imagine new forms of criticism born in love rather than in distance.

A September 2019 event I attended in Mumbai called the Great Indian Fandom Conference, hosted by the Godrej India Culture Lab, began to address these questions through a two-day-long discussion of fandom in India. The conference featured not only critics and academics, but also fans themselves: members of the BTS army, sports fans, cinema fans, and even the official fan club of the Indian Railways.

The participants spoke about the ways fandom builds communities, both actual and virtual, and how the star pushes them to be better versions of themselves. In so doing, the conference’s fans cut through the distance and frigidity of academic language, articulating instead a new democratic possibility—what Ravi Vasudevan calls a “melodramatic public”1—born of devotion and desire.

It is this devotion and desire—what SRK called love—that allows us to imagine new versions of ourselves. Having emerged as a star and played some of Bollywood’s most paradigmatic lovers during a period in which India’s middle class was growing and the promise of the new was offered by economic liberalization, Shah Rukh Khan presented a new vocabulary for being open to and expressing desire. Khan “gave us someone to love … to love our way, someone to long for, someone to conceivably be,” writes documentary filmmaker Paromita Vohra. “The moral compass SRK provided was love … not simply romantic love, but a concept that develops individual ethical frameworks, allowing us to look at the opposition with loving eyes, that takes others into consideration.”

New collectivities are also formed in fandom, both online and in person. Fan clubs like those of Rajnikanth often meet and organize screenings and charity events. Online fan cultures, on platforms such as Twitter and TikTok, are spaces where young people can find alternatives to more restricted communities delineated by their families. At its most radical, fandom allows fans to imagine alliances across demographic categories, bonded by their love of a star who is bigger than life.

Dressing up as a Bollywood star and performing gives men a way to think about their own bodies as sites of desire and self-transformation.

Fandom also offers possibilities for the expressions of queer love or desire. A particularly tender scene in the documentary Being Bhaijaan shows two male fans meeting in person, after sharing their love of superstar Salman Khan over Facebook. They dress up for the occasion—each worrying what the other will think of him—and their hesitant intimacy offers a glimpse into a homosociality that complicates simplistic narratives of Bollywood’s toxic masculinity.

When a new Salman Khan movie releases in theaters, young male fans take selfies with the life-size cardboard images of the actor positioned in front of the cinemas, and whistle and cheer whenever Salman enters the frame. They go crazy when he takes off his shirt, revealing his glistening abs. Furthermore, the fact that Salman is not married offers young men outside India’s metropolitan centers an idiom with which to imagine their own life apart from the hegemonic structure of marriage. And dressing up as a star and performing at a wedding or other function gives men a way to think about their own bodies as sites of desire and self-transformation.

Likewise, the imitation of female stars like Sridevi and Madhuri Dixit has offered gay men a chance to try out different forms of queer impersonation. Diva worship, according to Kareem Khubchandani, allows young men to enact “filmi gestures … that transform our bodies into more-than-everyday, that make us queer.”3

At the fandom conference in Mumbai, artist and Sridevi superfan Syed Ali Arif spoke movingly about how Sridevi’s zany personality, which refused norms of gender conformity or reproductive sexuality, gave young queer men the chance to imagine themselves outside of heteronormative models of masculinity. His newly published volume, With Love, to Sridevi, is a scrapbook of poems, artwork, and messages to the recently deceased actor, an homage to what she made possible for a whole generation of fans. 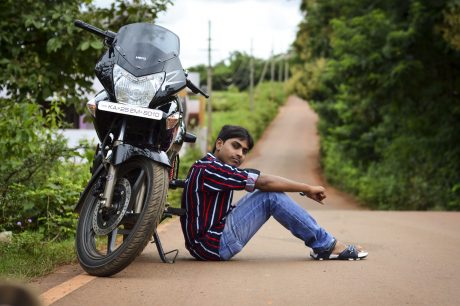 Obsession in general—of which fandom is only one example—is one of the hallmarks of love in Indian cinema, offering a means of transcending the rationalized heteronormativity propounded by national discourse. Obsession is love that takes you beyond yourself and the rational world, that breaks down borders, and that cannot be reduced to political allegory. This form of uncontainable love appears in films from Mughal-E-Azam (1960) to Veer-Zaara (2004) to Aiyyaa (2012). It continues today, even in this world of increasing homogeneity and commercialization, to offer the possibility of another kind of existence altogether, one founded on the passions rather than on reason.

This is what David Letterman missed when he tried to probe the depths of SRK’s psyche, but it is also what scholars miss when we “analyze” fandom as a distanced, social phenomenon, rather than embrace the way the cinema incites our own desires and obsessions as well.