Ireland’s Uneasy Monuments
“History,” writes Fergal Keane, “began with my father’s stories.” These were stories of Oliver Cromwell’s murders, of the dead of the Irish Famine, of wars of ... 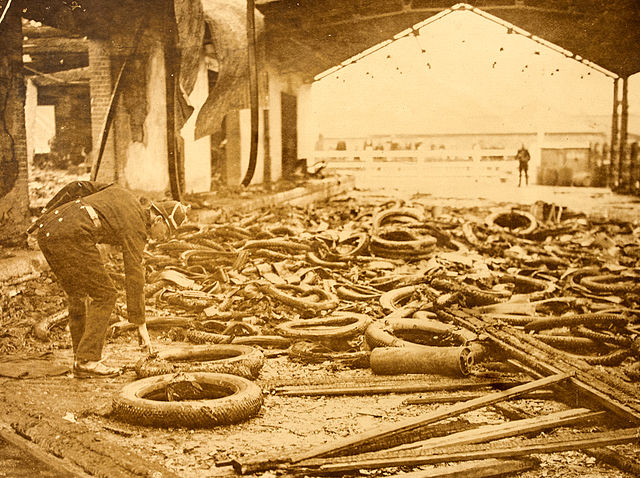 “History,” writes Fergal Keane, “began with my father’s stories.” These were stories of Oliver Cromwell’s murders, of the dead of the Irish Famine, of wars of religion, of the whole litany of English perfidy in Ireland across the centuries. Listen, he tells young Fergal, for the sound of Elizabethan riders, on the road to hell after their siege of Listowel Castle, and watch for the shadow of the English soldier killed on the street outside.

The story of the English soldier is the point of departure for this complex, often affecting memoir. For as Keane and the reader learn, this wasn’t merely another of his father’s tall tales. In fact, a man had died on their street, though not an Englishman. He was an Irishman, District Inspector Tobias O’Sullivan, who had risen through the ranks of the Royal Irish Constabulary. And he was killed in the violence of the Irish War of Independence (1919–21), by a unit that included a friend of Keane’s family, alongside whom his grandmother and her brother had struggled for national independence.

Wounds is a monument to this moment of lethal, local violence, laden with meaning yet also somehow senseless. The reconstruction of the events leading up to and following O’Sullivan’s assassination form the heart of the book’s narrative. This chronicle of a death foretold ranges broadly across the history of Ireland’s struggle for independence. But it returns again and again to the fundamentally intimate, mundane encounter between O’Sullivan and his killers in a small street in Kerry. And it insists that O’Sullivan was an Irishman, killed by his fellow countrymen over a difference of political opinion.

In this way, Keane’s book is also an intervention into the very immediate debate over how best to commemorate both the War of Independence and the Irish Civil War (1922–23). As the fate of O’Sullivan suggests, the fight against British rule was not at all straightforward. That conflict ended with the Anglo-Irish Treaty, which gave the southern 26 counties of Ireland a large measure of autonomy but at the cost of significant concessions, including the partitioning of the island and the retention of the six northern counties as Northern Ireland within the United Kingdom.

Not all those who had fought for Irish independence in 1919–21 accepted those concessions, leading to the brief but bloody Civil War, in 1922–23. In the popular imagination, the fight for independence was against British forces upholding British rule. In reality, Irish people did most of the killing and the dying. And they killed and died in the places where they lived, informed by local concerns as well as grand ideals.

Keane’s family story is important not for being exceptional, but for capturing the mundane, inescapable qualities of violence that touched so many Irish families.

Such realities make commemoration a tricky business. The Easter Rising of 1916 in Dublin conforms most neatly to the romantic narrative of insurrection: it was brief, its protagonists were largely animated by clear ideals, and it was suppressed by overwhelming British military force. Accordingly, Easter 1916 has been commemorated at regular intervals. The 50th anniversary, in 1966, was an all-out patriotic affair. The observances in 2016 attended to a wider array of voices and experiences, especially those of women.

But as the “Decade of Centenaries” wends onward, the Irish will have to grapple with how to memorialize different sorts of conflicts. In her 2003 book, Commemorating the Irish Civil War, Trinity College historian Anne Dolan described the half-hearted and rather shambolic early efforts to commemorate the violence of 1922–23, first by a plaster-and-cement “Cenotaph” that soon suffered the effects of the weather and then by a more permanent, but no more impressive, replacement in 1950. She calls this Cenotaph “a monument to unease.”

Keane’s way out of this history of unease is through honesty and a focus on the personal, human dimension. He is clear that he does not see Irish violence as exceptional, but rather as a local manifestation of patterns that have appeared around the world. He’s well placed to make this point. As a journalist, he covered war zones on a global scale, winning a raft of prizes in particular for his reporting on the genocide in Rwanda in the 1990s while serving as the BBC’s South Africa correspondent.

Now, he writes, it’s time he understood better the war zones in which his own upbringing took place. His training is reflected in the book’s accessibility. Though it tells a very particular story, it requires from the reader no background in Irish history or knowledge of the events it discusses. While never belaboring the comparative point, Keane writes with a sensibility informed by the knowledge of how easily local grudges and feuds turn into violence. In this way, he avoids romanticizing the past. In a typical sentence, he characterizes the War of Independence as “a small, nasty war but enough to keep the country off balance, and to kill the unwise, the suspect and the unprotected.”

More affecting than this wide-scale analysis is the focus on the personal. Keane’s father, Éamonn Keane, whose stories and descent into alcoholism haunt these pages, was a prominent actor in Irish radio and television. The author’s uncle, John B. Keane, was one of the best-known playwrights and writers of 20th-century Ireland. His presence in the memoir is more uncomfortable. John B. Keane is given the role of oracle and truth-teller, offering pithy explanations of subjects ranging from Irish land hunger to the suffering of the Irish mother. But his nephew seems concerned to keep the great man’s fame from overshadowing the main thrust of the story. This is wise: Keane’s family story is important not for being exceptional, but for capturing the mundane, inescapable qualities of violence that touched so many Irish families. 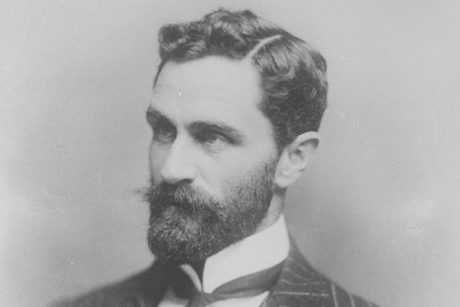 All Ireland in a Grave

Keane’s grandmother, Hannah Purtill, and her brother Mick participated in the battle for Irish independence in North Kerry, alongside their friends, including Con Brosnan, who would be one of those to kill the policeman O’Sullivan. Keane makes use of testimonies from the Bureau of Military History to bring their words to life. For instance, Brosnan, on the call for volunteers to assassinate O’Sullivan: “Some time elapsed before anyone volunteered.”

Keane summons the various forces at work. School had taught that Irishmen fought for king and country; the Church had taught that killing was sin. But in the voluntary nationalist militia, Brosnan learned yet another story, one that chimed with traditional narratives of “oppression, famine, and dispossession.” And in Keane’s telling, violence begat violence. “Men had crossed over to where violence was normalised, a crowded, claustrophobic hellish island.” Thus Keane describes, without claiming to be able to explain fully, Brosnan’s transformation into someone able to gun down O’Sullivan in the street.

Such transformations had long-lasting effects. Keane’s family remained loyal followers of Michael Collins, who negotiated the Anglo-Irish Treaty and was killed in an ambush in 1922. The account of the family’s politics illuminates the long-lasting schism between those who had supported the treaty and those who had opposed it. He grew up believing that the anti-Treaty political leader Eamon de Valera, later an influential Taoiseach (prime minister), was responsible for all that ailed modern Ireland.

On a more personal level, Keane suggests that Con Brosnan carried the weight of his decision throughout his life. Although he was a popular, successful local athlete, he also drank heavily and prayed daily for those he had shot. It is a testament to Keane’s storytelling that the words of both Brosnan’s and O’Sullivan’s children echo in the final pages, underscoring the longevity of violence’s effects.

Keane himself is left with “unanswered questions,” aware of how much is still “concealed by forgetting or the necessary fictions of a violent age, what people told and re-told in order to live with the consequences of war.” In this multidimensional, humane book, however, he begins to answer the question of how to commemorate a conflict whose divisions still haunt Ireland today.

This article was commissioned by Deborah Cohen.

Featured image: Aftermath of a fire at the British and Irish Steam Ship Co. Warehouse, May 5, 1921. Photograph courtesy of National Library of Ireland / Wikipedia Commons 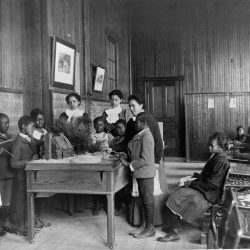 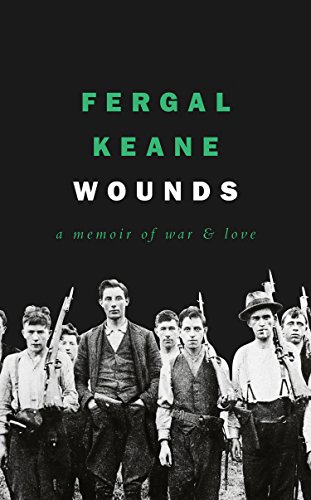 Wounds: A Memoir of War and Love