Is She the Future of Germany?
Olga Grjasnowa’s novel Der Russe ist einer, der Birken liebt (recently translated by Other Press as All Russians Love Birch Trees) was published to considerable acclaim in Germany in 2012. The book ... 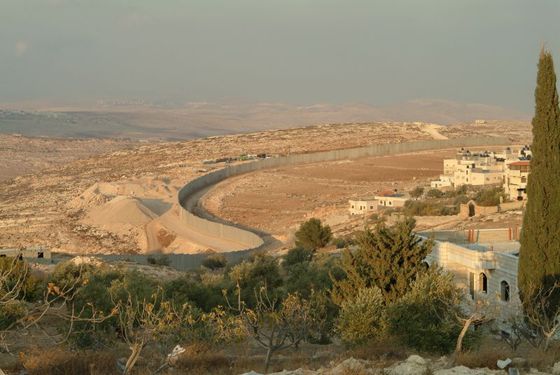 Olga Grjasnowa’s novel Der Russe ist einer, der Birken liebt (recently translated by Other Press as All Russians Love Birch Trees) was published to considerable acclaim in Germany in 2012. The book was widely celebrated for its almost documentary ability to describe the vicissitudes of a younger generation of Germans, many of multiethnic backgrounds. Belonging is complex for this cohort, neither simple nor reducible to clichés. At least one German critic wondered if one of Grjasnowa’s characters even wanted to belong at all. Even more powerful than Grjasnowa’s status as a documentarian for her generation is her direct, unsentimental voice, which is both comfortable and raw.

Grjasnowa’s novel tells the story of Masha, a young woman from a Russian family, whose mother is Jewish. Born in Azerbaijan in the wake of the breakup of the Soviet Union, Masha arrives in Germany in 1996 under the auspices of a post-Soviet Jewish immigration stream. It wasn’t this simple, of course: “[O]ur emigration had nothing to do with Judaism and everything to do with Nagorno-Karabakh,” an Armenian-majority region in the South Caucasus that erupted into war in 1988, and that, despite a 1994 ceasefire, has remained volatile. The terrible pogroms against Baku’s Armenian population are responsible for the central trauma of Masha’s life, which is revealed in pieces.

In the novel’s present tense, Masha condenses the cultural blur of her cohort. A student of language, she is blisteringly multilingual. After the traumatic death of her boyfriend, she leaves Germany for a job in Israel. Despite the presence of some family members there, Israel is most definitely not home. This is fine for Masha, as she herself wants to be lost. Though she connects to her friends, she is emotionally detached from most of the people and spaces she encounters.

The often unpredictable traffic between people for whom origin and home are not identical is the novel’s most appealing characteristic. Masha and her friends Cem and Sami are alienated young people who understand each other despite cultural differences that are posed as impossible to bridge. They don’t yearn for a mythical place of origin, and they are quite critical of cultural gatekeepers. Describing one of her professors, Masha paints a damning and familiar picture. “His multiculturalism took place in congress halls, convention centers, and expensive hotels. To him integration meant demanding fewer hijabs and more skin, hunting for exclusive wines and exotic travel destinations.”

Throughout, identity presents the greatest limitations; Masha and her friends all seek to be released from the pigeonholes of family, sexuality, ethnicity, and gender. Masha has sex with women as well as men, but claims no identity as a result. Even the book’s title itself is a kind of random, fanciful comment on identity, offered up by a Palestinian man named Ismael, whom Masha encounters randomly: “And Russians?” I asked him. “How do they look?” He shrugged and said, “Like people who love birch trees.”

As far as her own identity is concerned, Masha finds Israel/Palestine to present a series of impossibilities. In Germany, she curtly responds to an annoying acquaintance’s guilty, unsolicited pro-Israel soliloquy, “Daniel, I am not Israel.” However, when her friend Cem, on the other side of the political spectrum, criticizes media portrayals of Israel, Masha reacts negatively. “I held my hands under the warm water and tried to localize my anger,” she thinks. “I felt like I had to defend something that under different circumstances I would criticize.”

In Israel, Masha is viewed suspiciously for her ability to speak Arabic. This suspicion grates on her, as does even her good friends’ failure to differentiate between Jews and the Israeli state, or their habit of dismissing Jewish practices altogether. When Cem visits her in Israel and shakes his head incredulously at the presence of Orthodox Jews in their midst, Masha responds, “I felt myself once again tempted to defend a way of life that I personally rejected.” In Israel and Palestine, Masha finds limitations in every political position.

Toward the end of the novel, Ismael, the Palestinian man Masha encounters in Ramallah, asks Masha if she believes in God or culture. Neither, she responds. When he asks her if she believes in nation she doesn’t answer directly. Instead, she tells the story of the suitcase her family kept at the ready, packed with clean underwear and heirlooms. In All Russians Love Birch Trees, Grjasnowa likewise exposes not just the limitations of identity but also the violence it imposes.

Olga Grjasnowa, translated from the German by Eva Bacon
Other Press, 2014
Buy