Is the Law Our Ally? Lessons from World War II
With Europe still reeling from the effects of World War II, the Allied forces set to work prosecuting a monumental trial ... 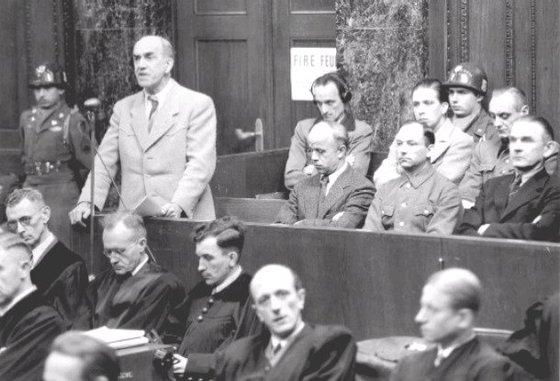 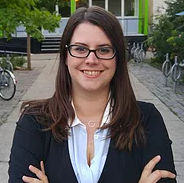 With Europe still reeling from the effects of World War II, the Allied forces set to work prosecuting a monumental trial. In Nuremberg, Germany, they gathered to condemn leading Nazi war criminals and to restore the rule of law to the continent. Yet for many observing the trial, it was precisely the law that was the problem. As Rebecca West reported at the time, “people all over the world” worried that “these defendants had been put into the dock for carrying out orders as soldiers and sailors must.”1 With Nazi defendants claiming they were just following orders, the law seemed less like the natural enemy of fascism, and more like its natural ally. Nazis didn’t commit crimes, they obeyed the law, and that was precisely the problem.

Liberal democrats in America were deeply divided about the Nuremberg trial, and, in particular, about its consequences for their belief in the rule of law. Could legal concepts like human rights, civil liberties, and due process protect against future violence? Or did our only hope lie in the conscience of the citizenry, even when conscience dictated the defiance of established law?

A couple weeks after the election of Donald Trump, American liberals and leftists are already dividing along these same lines. Protests against Trump are continuing the spirit of resistance that motivated protests against police brutality, voter suppression, and environmental racism, from #blacklivesmatter to #NoDAPL. Those protesting have learned a lesson from abolitionists, civil disobedients, and civil rights activists of generations prior: that the law is often unjust and must be disobeyed, perhaps particularly in the face of America’s long history of racial oppression.

Some in the coming months will challenge Trump in the courts, others in the street. Some will appeal to legal precedents, others will defy unjust laws. We need both approaches.

But there is another side to the law too. There are the courts that countered racist voter ID laws in the final months and weeks of this election. There is the American Civil Liberties Union, whose website is currently emblazoned with Donald Trump’s face and the words “See You in Court”—a message that feels so empowering because it suggests that even if Trump is president there is something above him: the law. Those who would petition legal authority in this moment have also learned the lessons of the past. They follow Martin Luther King’s appeal to the nation’s founding legal documents and W. E. B. DuBois’s or Malcolm X’s appeals to international human rights.2

With Donald Trump as president, should we turn to the law, or should we turn our backs on it? Is the law an ally of fascism, or an obstacle to its ascendance?

The Nazi example would seem to prove that law can go hand in hand with great evil. For the postwar legal philosopher H. L. A. Hart, Nazism was an example of a manifestly evil legal system. He argued that the Nazis used the government and courts to issue orders that were legally binding, but at the same time, “too evil to be obeyed.”3 Meanwhile, for the American theorist Lon L. Fuller, it was lawlessness
that made Nazism possible.4 Fuller argued that the political and legal system under Hitler was so bereft of any basic legal principles (consistency, publicity, equal protection, and the like) that the commands issued by the Nazi government or the German courts could not even be fairly described as “law.”

Are Americans in the same situation now? The chaos in the House and Senate, and the concentration of executive power under Presidents Bush and Obama, suggest that the principled “rule of law” may have little control over the power of the 21st-century presidency. Trump himself has shown little to no regard for institutional traditions, international treaties, or civil liberties. Nevertheless, we still have some reason to hope that the Supreme Court and the broader judiciary will serve as a major location of resistance against Trump’s unconstitutional policy proposals. A court that included Scalia gutted the Voting Rights Act but also legalized same-sex marriage; a court with his replacement may oppose some of the most egregious aspects of Trumpism. Although we absolutely should not place all our hopes in the American legal system, some legal principles and institutions are alive in America that were not alive in Weimar or Nazi Germany. Legal advocacy groups like the ACLU, the Southern Poverty Law Center, or the Mexican American Legal Defense and Education Fund are a good place to donate your money. But constitutional challenges take time, and they may fail, or be ignored. Protest and disobedience will become an ethical imperative for many—particularly white and privileged Americans (start reading up on your Thoreau, King, Arendt, and Chomsky).5

Some in the coming months will challenge Trump in the courts, others in the street. Some will appeal to legal rules and precedents, while others will protest through the defiance of unjust laws. We need both approaches. The rule of law is far from a perfect mechanism of justice—indeed, it is probably more often a source of oppression. We shouldn’t listen to anyone who says we have to play by the rules, and be civil and legal and procedural if we expect Trump to be as well (he won’t be, no matter what we do). But the law, at its best, can also advocate for justice, for rights, for peace, for restraint. Under President Trump, we have to push for the kind of law that represents principles and not only power, constraints and not only commands. We must push for a version of law that lives up to our ideals—and we must be ready to disobey when it doesn’t.