It’s Bigger Than “Buck”
Reading M. K. Asante is like flipping pages between generations, going back and forth among the “flowering of Negro literature” of the Harlem Renaissance, the iconoclastic spirit of the Beat ... 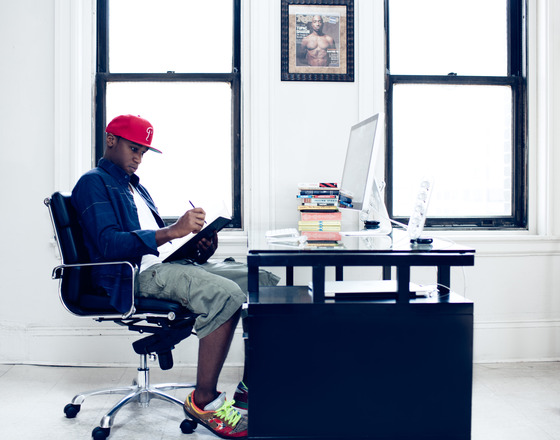 Reading M. K. Asante is like flipping pages between generations, going back and forth among the “flowering of Negro literature” of the Harlem Renaissance, the iconoclastic spirit of the Beat generation, and the cornered, misunderstood post-hip-hop generation. Listening to him speak is a similar experience.

“My education came from so many different places,” confesses the writer, filmmaker, and hip-hop artist to a wide-eyed audience at the Free Library of Philadelphia. Asante had returned home in late August to discuss his new memoir, Buck, a rhythmic collage of the author’s teenage years of crime, drugs, and evolution in the streets of North Philadelphia (or what Asante and his childhood friends refer to as “Killadelphia, Pistolvania”) in the 1990s.

Asante smiles. “There was the bum on the street who told me, ‘Young man, do you know what soul is?’ and I said, ‘Soul train?’ and he said, ‘No. Soul is the graceful survival against impossible circumstances.’” Asante recites the stranger’s words as if they’d just been spoken to him. He pauses. “I believe that the whole world is a university. There’s professors everywhere, there’s teachers everywhere along every stop and you just have to kind of be open to those messages and those gems.”

Much like the everyday professors Asante refers to, he himself is an unconventional educator, having gone from a rebellious teenage drug dealer kicked out of several schools to a tenured professor of creative writing and film at Morgan State University. Buck captures the beginning of this journey, starting when Asante (better known as Malo) is 12 years old. The reader is quickly enmeshed in his fast-paced life: the arrest and incarceration of his role model and older brother, Uzi; the abrupt departure of his father, Black Studies pioneer Dr. Molefi Kete Asante (“the father of Afrocentricity”); the decline of his mother into depression and her attempted suicide; the absence of his schizophrenic sister (“on the funny farm”); the tragic but common death of his best friend Amir. Asante himself is kicked out of schools and home, and the book traces his journeys back and forth between the two worlds.

Buck’s raw first-person prose is complemented by classic rap lyrics that mesh seamlessly with Asante’s own experiences, as well as by excerpts from his beautiful, despondent mother’s diary (“My first attempt at suicide was at twelve. I tried to overdose on aspirins.”) and letters from his brother Uzi, who is caged in Arizona on statutory rape charges.

In addition to such candid voices and revelations, however, there are several moments in which Asante falls prey to overly didactic and clichéd ideologies of American individualism. Describing his response to the damaging effects of crack and heroin and violence on his friends, he writes: “Decisions lead to options, options to choices, choices to freedom. We all design our own reality, write our own script, build our own house … or prison … or coffin.” Buck’s redemption-through-education motif is consistently formulaic; the final pages (in which the author and his father admire the black faces in the Abu Simbel Temples) come across as a “safe” ending tacked on to appease readers.

Nevertheless, the distinctive style and skill with which Asante tells his stories and truisms make them worth pausing over (“Now I see why reading was illegal for black people during slavery. … Reading was illegal because if you limit someone’s vocab, you limit their thoughts. They can’t think of freedom because they don’t have the language to”). Buck is, according to Asante, “a book about education.” He forewarns his Philadelphia library audience: “It’s about miseducation, reeducation, self-education, street education.”

The book’s title alone—Buck—foreshadows both its complexity and the wordplay technique that Asante has mastered. The synopsis that accompanies the book’s description on Asante’s website gives a dictionary-style definition of the word:

buck n: a fashionable and typically hell-raising young man. 2
racial slur used to describe black men. 3 a young black man: what’s up young buck? 4 the act of becoming wild and uncontrollable: he went buck wild. 5 a dollar. 6 to fire gunshots: buck shots in the air. 7 to go against, rebel: buck the system.

In his book, Asante appropriates the term buck, morphing it from a commonly used synonym for both mythically hypersexual black male slaves and teenage angst into a term of endearment and radicalness and run-of-the-mill street slang:

“I think the major ‘buck’ in the story … is to buck the system,” professes Asante. “The book ultimately is about when I come to the realization that me against law and order, Malo and all the rebelliousness … That’s not rebellious. Rebellious is basically what I’m doing now, going against all of that.” The audience applauds. “So Buck, at the end of the day, is really about bucking the system and … not falling a victim to the traps that are set up for us.”

Us. Buck is more than an egotistic autobiographical rags-to-riches narrative. Much like the word buck, it represents myriad persons and experiences (the book is dedicated “To all the young bucks”), telling stories of Philadelphia, education, mental illness, the prison-industrial complex, fate, love, death, strength. The words serve as penned reflections of the lives of those whose voices are never heard and stories never told: the corner-boy philosophers, the marginalized sex workers and drug dealers, the closeted mentally ill, those on the bottom who are affected directly by the slashing of the welfare state, urban warriors slain daily in America’s battlefields; in Asante’s words, the “post-hip-hop generation.”

There is something undeniably refreshing about the modesty, sense of perspective, and kinship on display here. With the rise in new technologies and social media and free-market ideologies, there has been a noticeable turn to the “self”—from 140-character-count Twitter monologues and the selfie to standardized narratives of individualistic self-interest and consumerism—oftentimes at the expense of any sort of introspection. Fortunately, for those weary of today’s overly passive, consumer-driven literature, Buck will be a breath of fresh air. 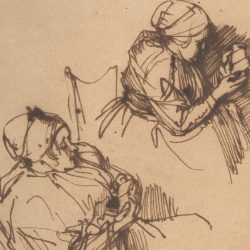