Jeffrey Combs’s Re-Animator
The first scene of the Stuart Gordon’s 1985 cult classic Re-Animator shows us our lead, our anti-hero protagonist, in a state of panic. In the halls of the stately University of Zurich, Herbert West ... 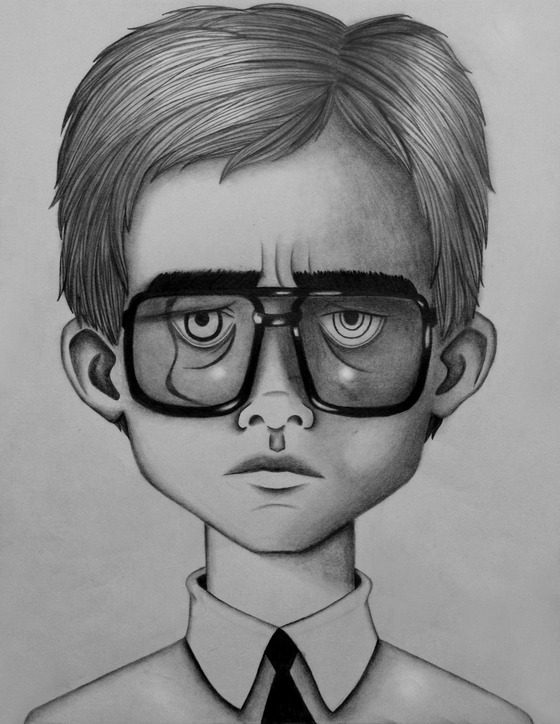 The first scene of the Stuart Gordon’s 1985 cult classic Re-Animator shows us our lead, our anti-hero protagonist, in a state of panic. In the halls of the stately University of Zurich, Herbert West has experimented on his mentor, who is now a screaming, pulsating aberration, a physical monstrosity. West, played by stage actor Jeffrey Combs, is doing his best to calm him down, to understand the situation, and he is failing. The camera frames the look of pure horror on his face as his mentor’s eyes explode into dribbling, red spurts of goo. He gets his Victor Frankenstein line: when a nurse accuses him of murdering the man, West responds, testily, frustrated, “No I did not!” He turns back to the camera, and there’s a subtle note of very real disgust. “I gave him life.” His face changes, little microexpressions that denote sickness and anxiety. He’s being held by two police officers. An old woman is screaming in his face. It’s a distinct callback to Frankenstein, but he is denied Colin Clive’s iconic, joyfully manic bellow, “IT’S ALIVE!” Instead, it’s an excuse, delivered with shaky authority by a man unsure he believes it himself.

That lack of certainty is the most immediately recognizable quality Jeffrey Combs brings to film, and it’s perhaps because of this that he has, since appearing as Herbert West, largely been cast as doctors, scientists, police officers, captains, and lieutenants in straight-to-video or indie horror films. While that sometimes works out (Would You Rather is a perfect example of a film that allows Combs to hit that bizarre sort of repressed mania he’s largely perfected at this point), and despite parts in some major motion pictures like The Frighteners and Norma Jean and Marilyn, and nine separate roles in various Star Trek series, he is usually better than the films he’s in. And while a part of that might be the consequence of having two different and distinct, yet often marginalized, cult followings (those being Star Trek and horror fans), the answer may also be in Re-Animator, the film that cemented him as a cult horror figure and solidified his relationship with director Stuart Gordon, a relationship that led to many of Combs’s best roles.

The original Mad Scientist archetype, the establishment figure wronged by a society that has grown too soft, is a middle-aged fantasy.

What makes Combs’s Herbert West such an intriguing and complex figure is, in many ways, the way that West serves as an outlier to the traditional “Mad Scientist” cliché. The Mad Scientist is traditionally older, with some wealth and privilege, looking to redeem himself in the face of a past concept or idea that led to expulsion from the larger scientific community. The Mad Scientist is privilege and notoriety given form, a man tossed from a lofty position of esteem by his own curiosity. Herbert West, on the other hand, is a nobody. He’s young and inexperienced, but inordinately talented. He doesn’t live in a gothic mansion, operating instead out of a house he shares with fellow med student Dan Cain, played by Bruce Abbott. He spends his time in the sterile, functional halls of a Chicago hospital. He had a fall from grace, sure, but that grace was largely driven by potential, rather than achievement. And now, before he could prove himself, he’s here.

The other complication is that West is not the antagonist of the film. Neither are the monsters he creates. While West sets the plot into motion, the involvement of successful neurosurgeon Dr. Carl Hill reveals that the true antagonists are the lazy, entitled members of the establishment, who are keeping West down not for any moral reason, but because his knowledge lays bare their own ineptitude. Hill does not dissuade West from his experiments, instead manipulating not only West, but Cain and Cain’s girlfriend Megan Halsey (played by another Stuart Gordon mainstay, Barbara Crampton), too. We uncover the lengths to which Hill has gone to achieve and maintain his position literally the first time that we meet him, when West directly accuses him of plagiarizing West’s old mentor’s work. While these sorts of establishment figures are important to the Mad Scientist archetype, operating as a form or resistance for the Mad Scientist to work against, Dr. Hill is unique in that he is very clearly in the wrong. He is not worried about public safety or the moral implications of West’s work. He is, essentially, a different spin on the Mad Scientist himself, though one who actually does no science. And so the battle of the film is not between the forces of good and Herbert West’s obsessions, but rather between West and his predecessor Hill, with the forces of good largely cast to the side.

Because this is not to say that West is in any way heroic. He’s entitled, self-absorbed, and intensely obsessive. Yet Combs plays him as misguided but confident. He’s so taken with himself and his work that he cannot allow himself to doubt what he does. Still, there are these flickers of worry or concern or frustration that point to a deeper, more dynamic character waiting to move forward. Because not only is the film, and West’s character, a rebuttal of the old guard, it’s also a complicated exploration of the value and consequences of work. 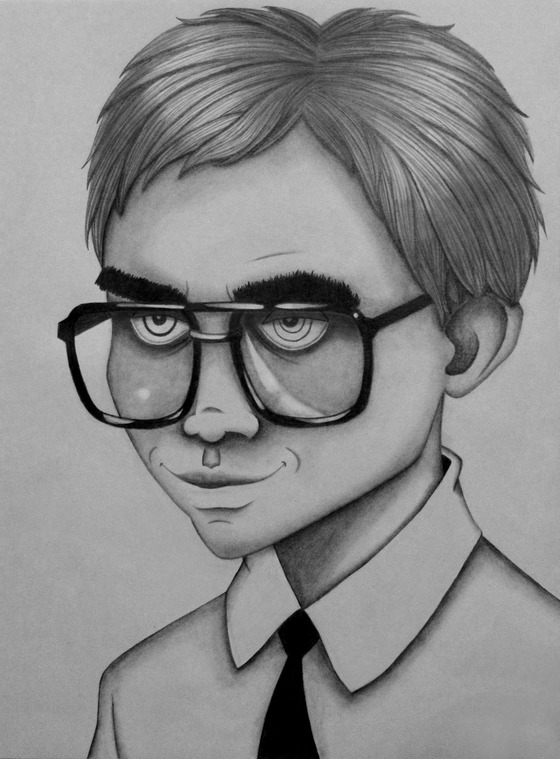 Film has often taken a patronizing tone when exploring the ways people in their 20s and 30s approach work. Characters who are driven to succeed in the work place are often amoral, sad, and isolated. In a romance, being a driven career man or woman is rendered almost like a disease, waiting to be treated by the right love interest. In action films, the soldier or secret agent who buries himself in work is considered to be fundamentally broken. Characters who do not defer to tradition, who consider new ways to move forward, are arrogant. Even in films set in the workplace, the character who wants to move forward is often a foil to the cooler, more laid-back protagonist. The original Mad Scientist archetype, the establishment figure who has been wronged by a society that has grown too soft, too afraid, is a middle-aged fantasy. Herbert West and Dan Cain, who acts as a moral arbiter for much of the film before coming to West’s side at the end, both show a keen understanding of the frustrations and disrespect felt by a generation constantly told to pipe down, that what they do does not matter. Cain, who acts as an everyman, sees in West the culmination of medical research, and he places that above everything because medicine is what he does well, what he excels at. The film certainly plays with West as a “There but for the grace of God” figure, but it also understands why being good at what you do, being, perhaps, the best, is enticing.

Fans continue to follow Combs because he’s one of them.

With the amount of depth Combs’s portrayal brings into what would otherwise be a fun, dark, splatstick comedy, it’s no surprise that director Stuart Gordon came back to Combs fairly regularly. Both had their roots in theater and both had a keen interest in Weird Fiction. But Combs also brought a level of emotional depth to what was perhaps Gordon’s most autobiographical role. The Mad Scientist as a metaphor for the artist is a time honored cliché, and one that we can see very clearly in Re-Animator. Gordon’s own anti-authoritarian leanings, his blue-collar filmmaking techniques, his appreciation for and willingness to abandon his forbearers (in Re-Animator’s case, Lovecraft, whose work the film very loosely adapts, to the extent that the film’s largest detractors tend to be Lovecraft fans) are all depicted in West.

But Re-Animator remains Combs’s show. It’s the sort of performance that very inevitably leads to a cult following. Beyond the simple twist of creating a sort of young, proletarian Dr. Frankenstein, Combs, working with inventive, surrealist gore effects, and Gordon’s own absurdist sort of humor, helps imbue the film with a rebellious spirit that sets it apart from the litany of Evil Dead knockoffs that appeared in the 1980s. Gordon would continue his work playing with Lovecraft, as well as his work with Combs and Crampton, in From Beyond. Combs would find his way onto the Star Trek franchise, as well as appearing as Lovecraft himself in Necronomicon. He also used his cult celebrity to carve out a very successful niche for himself in television and voice acting, where his work is marked by different variations on the same sort of shaky confidence he perfected in Re-Animator.

Fans continue to follow Combs because he’s one of them. Not only in the sense that he is himself a horror and science fiction fan, but also because, in his work, he seeks and often fails to find that particular form of respect desired by people in their late 20s and early 30s, adrift in the working world and coming to terms with how important it actually feels, how important it actually is, to gain respect. And how much of life is an uphill battle against the established and entrenched. And how, even after you make it, there’s a constant fear that someone will take it away. And, consequently, the sadness and obsessiveness that can come with knowing, absolutely knowing, that you’re good at what you do. Jeffrey Combs gets that, has always gotten that, and so we look at Herbert West and we see the worst version of ourselves, but we also see the best, peeking out, seeking purchase, looking for a means to move forward.