Jinn in the Machine
G. Willow Wilson’s Alif the Unseen is an unusual, exciting work of urban fantasy that broadens the usual meanings of “urban” and “fantasy.” What does it mean, the novel asks, for a person to turn to ... 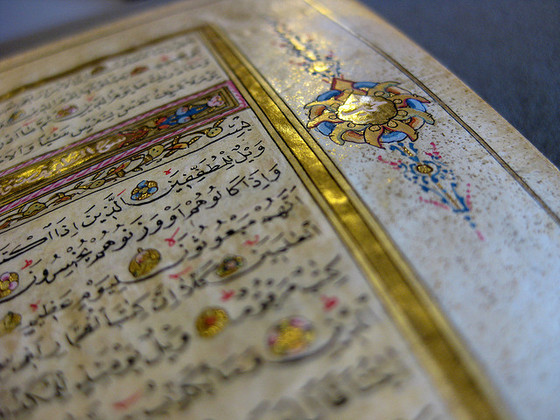 G. Willow Wilson’s Alif the Unseen is an unusual, exciting work of urban fantasy that broadens the usual meanings of “urban” and “fantasy.” What does it mean, the novel asks, for a person to turn to or away from faith? What kind of magic is needed to allow disenchanted, half-secularized young citizens of the Arab world to take ownership of their society?

Alif is a hacker and a programmer, half Arab and half Indian, who lives in a poor neighborhood of an unnamed Middle Eastern city in an unnamed security-state emirate. After a bad break-up with Intisar, an upper-class girl engaged by her father to a government functionary, Alif creates a program that can identify anyone through an analysis of a corpus of their online writing. His invention draws the attention of the Hand, a shadowy government force that has imprisoned and tortured some of Alif’s clients. Alif himself is “more Han Solo than hacktivist,” as Elizabeth Hand has noted, willing to provide server space and support to “Islamists, anarchists, secularists—whoever asks” and pays.1 Yet he is quickly drawn into an ideological and theological power struggle. Intisar sends Alif a rare book called Alf Yeom wa Yeom, or The Thousand and One Days, in order to keep it away from the Hand. The book’s secrets force Alif and his childhood friend and neighbor Dina—a lower-class girl whose decision to wear niqab is presented as an act of defiant dignity—to enter the novel’s unseen world, where they encounter Abu Ghraib–like prisons as well as jinn trapped in cola bottles.

Wilson navigates this cultural mix with aplomb and produces a thoughtful, fast-paced novel, a post-9/11 Arab fantasy for Anglophone readers that includes a zip drive blessed by a blind dervish. This clever work never shies away from considering the philosophical and theological ramifications of technology in the Arab world. The Arab Spring inspired an outpouring of enthusiasm for the transformative power of Twitter, Facebook, and Skype, which enabled protesters to coordinate their movements and evade state tracking. But Alif is not really about social media, though it gestures lovingly toward the notion that “Internet friends are real friends.” On a deeper level, Alif is about code. “Alif” is the first letter of the Arabic alphabet, as well as of Sura Al Baqara, the second chapter in the Quran. “I named myself after the first line of code ever written,” Alif tells Dina, and in this magical bildungsroman he gains the power to understand and interpret stories as a method of quantum computing. The magical tales contained in the Alf Yeom provoke him to resist the Hand; the same stories also endanger his mortal soul. Wilson’s novel warns of the dangers of misreading, whether the text in question is the Quran, a program, or a friend’s behavior.

The novel abounds with beauty and wonder, particularly in its sensory descriptions. Wilson’s experience as a writer of comics has lent her a lovely light touch with similes that blend realism and the fantastic. The compound where Alif is imprisoned looks “like an office building that had blinked, obscuring visual access to its innards.” When Alif finally finds his purpose, he feels “the threads of his life pull taut, revealing at last the modest image he had woven into the tapestry of the world.” The novel is also delightfully droll, especially when the jinn Vikram the Vampire speaks: “If you’ve never been there, you can’t say you’ve never run into a jinn in the Empty Quarter. You can only say you’ve never not run into a jinn in the Empty Quarter.” Wilson’s joy in wordplay, and her talent for it, enliven the book and lighten its heavy metaphysical load.

If there is no such thing as fiction in a Muslim worldview, perhaps nothing lies outside the realm of what Muslim fiction can address.

In the course of the novel, Alif learns to understand his own basic dignity as well as the workings of his belief and Dina’s. He falls in love with her not because of a rush of desire but because of a humbling new awareness of the depth of her faith in Islam and in him. Marina Warner, discussing the magical thinking common in The Thousand and One Nights and often obscured in Western contexts, writes that “Stories need not report on real life, but clear the way to changing the experience of living it.”2 This assertion about fiction represents a kind of faith: a promise that stories can manipulate the world. Alif the Unseen recognizes the responsibilities that accompany this promise, but is too wide-ranging to be limited by those responsibilities. As Sheikh Bilal tells Alif and Dina after he has seen the Empty Quarter, the idea that God’s work “surpasses all our puny understanding … does not simply mean that man’s innovation is entirely known to God; it means there is no such thing as fiction.” In her captivating 2010 memoir, The Butterfly Mosque, Wilson explains how she found new freedom in the rituals of Muslim life, and the Sheikh’s words suggest a similarly oxymoronic, playful expansiveness: if there is no such thing as fiction in a Muslim worldview, perhaps nothing lies outside the realm of what Muslim fiction can address.

The jinn, Vikram says, “inhabit [the world] at an angle.” Despite the occasional stumble—Wilson’s attempt to blend programming and magic, though enchanting and inventive, is not always convincing—Alif the Unseen puts an original spin on the coming-of-age story. Seen sideways, it’s also a novel about the restlessness of young people in the Arab world and their hunger for connection and meaning. Though the novel’s depiction of revolution is largely hopeful, Wilson also addresses the human cost of civil upheaval. Her book is not an apologia for Islam or for genre fiction but a vibrant entertainment that invites readers to approach a text they think they know—The Thousand and One Nights and its Western interpretations—from a marvelous new angle. 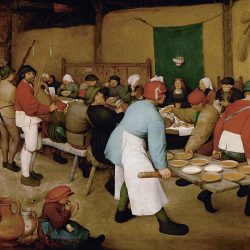