John Cage’s Mycological Legacy: Green Mountain National Forest, VT
This is the latest installment of Public Streets, a biweekly urban observations series curated by Ellis Avery. When it comes to wild mushrooms, morels get a lot of love, but the chanterelle is the ... 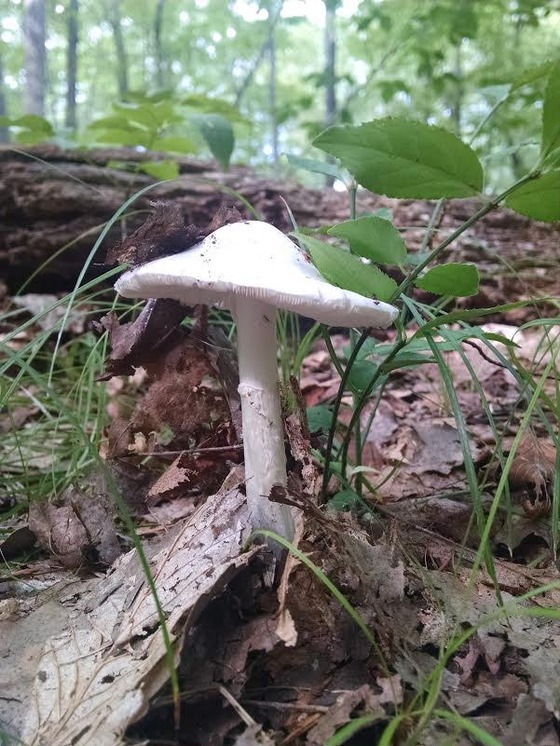 When it comes to wild mushrooms, morels get a lot of love, but the chanterelle is the sexiest of fungi, and one of the tastiest. Sun-yellow to orange, its silhouette can be vase-like and curvy, voluptuous even, and it smells like apricots. In the National Audubon Society Field Guide to North American Mushrooms, Gary Lincoff describes Cantharellus cibarius as “probably the most popular and prized edible wild mushroom in the world.” 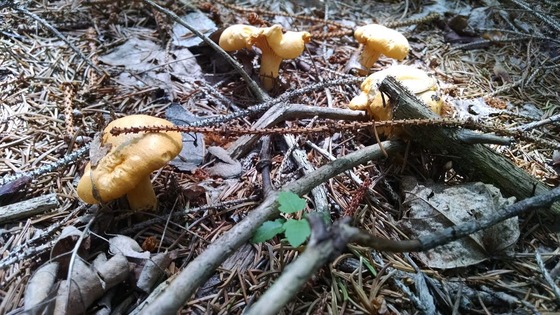 Every summer, the New York Mycological Society, reincarnated/co-founded about 50 years ago by composer John Cage, devotes an entire weekend to collecting, cooking, and eating chanterelles. About 20 NYMS members carpool to Vermont and stay in one large ski house, where we’re surrounded by a couple of cases of wine, chanterelle-infused vodka, and field guides, which are thumbed through, referenced, and discussed. The Audubon guide by Lincoff, an active NYMS member and leader, is a primary resource.

Some members are practically field guides themselves, including Paul Sadowski, a music publisher. The night we arrived in Vermont, I was curious about the difference between a couple of the deadliest mushrooms. I asked Paul about the death cap, Amanita phalloides, a mushroom I never see, which is closely related to the destroying angel, A. bisporigera, which I see all the time. The death cap, mostly white with a greenish hue, he explained, is more common in the American West and in Europe.

The well-named destroying angel flourishes here in the Northeast. The graceful, white standout has a partial veil at the top of its stem, under its gills, like a peplum skirt: a remnant of the “egg” from which the mushroom emerges. Like the death cap, the destroying angel bears some resemblance to the edible meadow mushroom. Eating this fungus (it’s said to be tasty) induces vomiting, diarrhea, and cramps, after which people typically feel better and skip going to the hospital, a bad idea, because after the first wretched phase of gastrointestinal mayhem, the mushroom’s amatoxin destroys the liver and kidneys, and death ensues.

The death cap and the destroying angel are the serial killers of the field and forest. When you hear about someone dying from mushroom poisoning, they’re often the culprits. The most recent cases of poisonings were among Syrian migrants in Germany who had been sickened by the death cap, the New York Times reported, and a Hanover hospital has created warning signs in Arabic, Kurdish, and other languages.

We’re typically a quiet bunch, and soon the noise was reduced to the sound of birdcalls and our tromping through leaf litter and over branches. Chanterelles tend to grow in little clusters near each other. When you see one, there may be more nearby, so it’s hard not to get a roving eye when you already have one beauty at your feet.

On a mushroom hunt, you never know what you’ll find. Once in New Jersey, in late May, we combed woods filled with tulip poplars for morels. Under a big skunk cabbage, I spotted two cat-sized fawns. One did a full circuit around me sniffing my pants, my boots, and I could see a bit of cobweb in its long, Disney eyelashes. On this trip, tromping around in the woods, I found what I’m calling a Darth Vader beetle, one sneaker (not sure if it would have been creepier to have found a pair), and a pound or so of chanterelles. 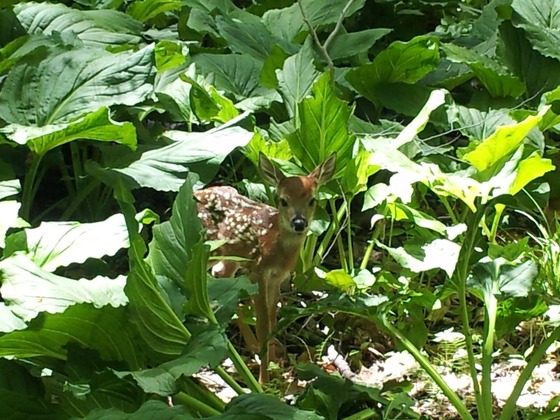 Back at the ski house, we all pooled our finds—there were baskets and bags full, enough for dinner, breakfast, and swag bags. Paul led an ID session. Everyone sat around a large table and assembled dozens of non-chanterelles to examine and identify—a chicken mushroom, puffballs, and several kinds of boletes, or pored mushrooms.

Out came the magnifying loupes, field guides, and mushroom vocabulary. Floccule, velutinous, and one of my favorites, deliquesce—a beautiful word for rot. A new member was overwhelmed by the variety of mushrooms and how much there was to learn. Paul recommended Gary’s book. “Just pick a mushroom, say Cantharellus cibarius, like we’ve found over this weekend,” he said. “Ignore the pictures, concentrate on its qualities listed in the book until you become familiar with each one.”

Driving back to New York, I recalled wandering through the pines with baskets and knives and compasses and whistles. At one point, Paul shouted “edulis!” and scared the crap out of me. “Edulis” is short for Boletus edulis (also cep or king mushroom), and is one of the most highly prized edibles. If someone is wielding a knife and yelling in the woods, let him be yelling in Latin and describing something delicious.