Keyword of the Week: Nuclear Weapons
This week featured a summit with nuclear warfare (ostensibly) on the line. So we looked back to our coverage of nuclear weapons, filling our Public Bookshelf with articles on the idealistic ... 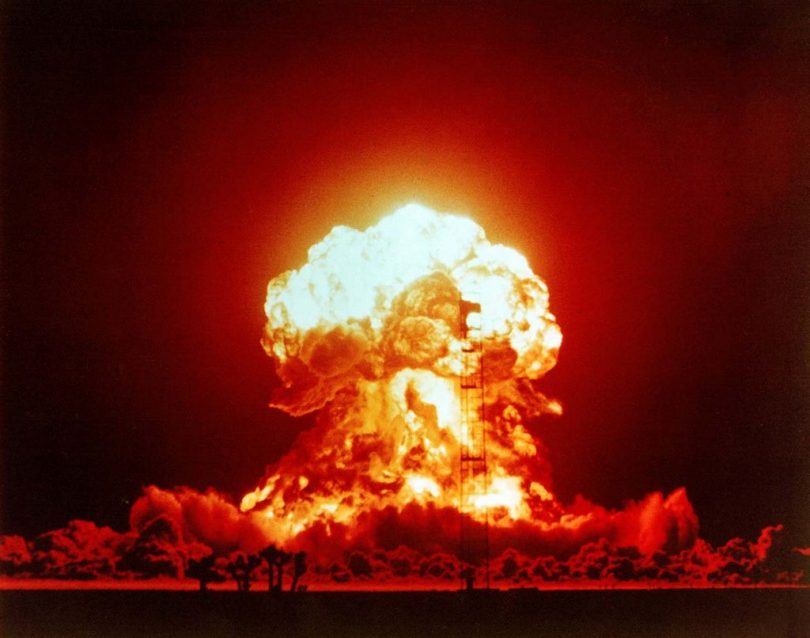 This week featured a summit with nuclear warfare (ostensibly) on the line. So we looked back to our coverage of nuclear weapons, filling our Public Bookshelf with articles on the idealistic scientists that deluded themselves while working on the atomic bomb, the void left by Trump’s failed leadership on the world stage, a look at how politicians convinced themselves to foolishly invade Iraq, and a virtual roundtable on the ethical and strategic consequences of America’s nukes being under the exclusive control of America’s president.

SCIENCE AND THE WOLF

Once upon a time there was Science. Pure of heart, untainted by the kingdom’s societal structures or geopolitical context, Science was simply Science: an apolitical quest for objective truth and beauty. Nearby there lurked a wolf, whose predatory ways and sinister motives led him to shadow Science’s path through the woods. … Keep Reading

President Trump has proven to be a reckless leader. His refusal to denounce white supremacists, his repeated attacks on journalists and free speech, his courting of Vladimir Putin, his attempts to belittle and provoke the North Korean leader—every single one of these acts is corrosive and destabilizing. While the media has understandably focused on the risks of authoritarianism and nuclear war, there is another grave danger that has largely gone unnoticed: President Trump’s rejection of free trade. … Keep Reading

WE DIDN’t Have politicians up to the task: a conversation with kanan makiya

As the Iraqi Army and coalition forces, supported by US airstrikes, enter the third week of a campaign to recapture Mosul from the Islamic State, and the bizarre epic contest to elect the next US commander in chief approaches its climax, the historical perspective of the Iraqi-American academic Kanan Makiya, who famously lobbied for the 2003 invasion of Iraq but later came to regret the intellectual legitimacy he bestowed on those put in power, appears newly relevant. … Keep Reading

VIRTUAL ROUNDTABLE ON PRESIDENTIAL FIRST USE OF NUCLEAR WEAPONS