Keyword of the Week: Revolution
This week Americans celebrated Independence Day. But freedom comes in many forms, and is won in many fashions. So we looked back to our coverage of revolutions, filling our Public Bookshelf with ... 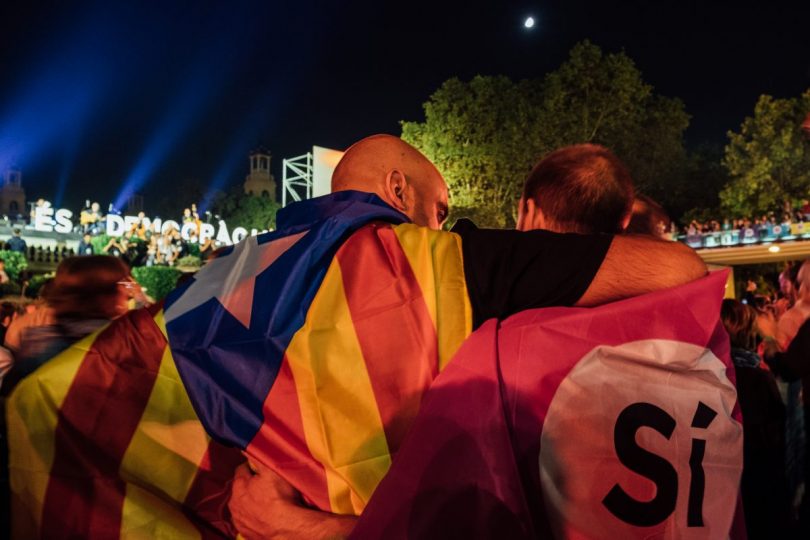 This week Americans celebrated Independence Day. But freedom comes in many forms, and is won in many fashions. So we looked back to our coverage of revolutions, filling our Public Bookshelf with articles on the memories of Ireland’s uprising, the heroines of theHaitian Revolution, Catalonia’s vote for independence from Spain, and the Combahee River Collective’s pioneering of identity politics as a tool for liberation.

“History,” writes Fergal Keane, “began with my father’s stories.” These were stories of Oliver Cromwell’s murders, of the dead of the Irish Famine, of wars of religion, of the whole litany of English perfidy in Ireland across the centuries. Listen, he tells young Fergal, for the sound of Elizabethan riders, on the road to hell after their siege of Listowel Castle, and watch for the shadow of the English soldier killed on the street outside. … Keep Reading

HEROINES OF THE HAITIAN REVOLUTION

What is the role of an artist in the face of political repression? What is the place of culture in the midst of injustice and terror? Haitian writer Marie Vieux-Chauvet (1916–1973), author of powerful novels representing the experience of living under the Duvalier dictatorship, confronted such questions throughout her life. … Keep Reading

Four days in catalonia: the referendum in pictures

By 9:30 a.m. on October 1, voting had only just begun at the Sanllehy medical center in the La Salut neighborhood of Barcelona. A large crowd had gathered outside the polling station, eager to have their say in Catalonia’s independence referendum. The sky was overcast, the air was humid, and it was beginning to drizzle, but in the crisp morning light, the atmosphere was electric. It was hard to believe that after such tension and uncertainty, the big day had finally come. … Keep Reading

FREE THE MOST OPPRESSED FIRST

Do we still need to talk about identity politics? In the wake of the 2016 election and amid the ongoing parody that is the Trump administration, the subject has been much in the news. Identity politics has been blamed by a liberal professor for the Democrats’ poor electoral showing, linked to the sudden ascendance of white nationalists to the national stage, accused of driving an individualist politics that makes solidarity impossible, declared synonymous with civil rights, and more. In all of this exhausting debate, perhaps we should first ask what identity politics is and what is its history. … Keep Reading