Keyword of the Week: Working Class
The reboot of the sitcom Roseanne—which championed a narrow vision of working-class family life—has been cancelled. So we looked back to our coverage of the working class, filling our Public ... 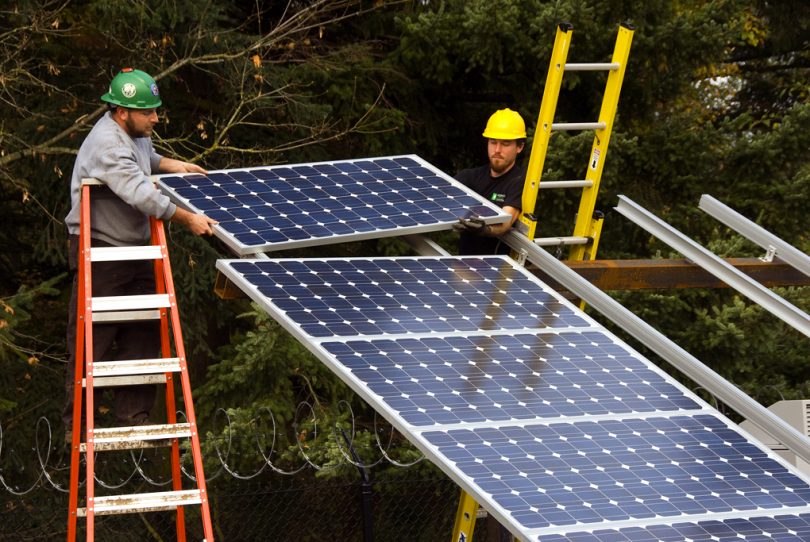 The reboot of the sitcom Roseanne—which championed a narrow vision of working-class family life—has been cancelled. So we looked back to our coverage of the working class, filling our Public Bookshelf with articles on Martin Luther King Jr.’s work with Baltimore unions, an interview with the author of Sleeping Giant: How the New Working Class Will Transform America, how the very idea of the “white working class” was invented, and how working-class environmentalism can save the planet while creating jobs.

In 1968, municipal sanitation workers angered by poor wages and dangerous working conditions staged a strike and demanded official recognition of their union, the American Federation of State, County and Municipal Employees (AFSCME). To communicate their grievances and compel support for their cause, the workers carried signs as they protested that proclaimed, “I Am a Man.” As one of their leaders emphasized, although the strike was about bread-and-butter issues such as compensation, it was also a demand that garbage collectors be treated with dignity. … Keep Reading

Tamara Draut is a policy expert and social critic based at Demos, a progressive think tank. Her latest book, Sleeping Giant: How the New Working Class Will Transform America, calls attention to the new demographics and experiences of the working class. It extends research from her first book, Strapped: Why America’s 20- and 30-Somethings Can’t Get Ahead, an exposé of the difficulties that young Americans currently face, starting with student and credit card debt and compounded by the high price of housing and other obstacles. … Keep Reading

THE INVENTION OF THE “WHITE WORKING CLASS”

As liberals came to terms with what happened on Election Day 2016, early press reports focused on the so-called white working class (WWC). We’d seen these folks highlighted at Trump rallies; Trump himself valorized them as real Americans, ignored by the powers that be, forgotten by establishment politicians more concerned with social issues than bread-and-butter working-class jobs. On November 8, it seemed, these “real Americans” had tipped the Electoral College to an unexpected Trump victory. More recent analysis suggests the WWC’s role was less pivotal than all that, but the narrative has remained consistent. … Keep Reading

Trump can’t make sunlight expensive or slow the wind. He can’t make walking more polluting than driving, or energy efficiency more expensive than waste. For all the damage that Scott Pruitt and others are doing to the government’s environmental agencies, they can only block so much climate progress. Thanks to a surge of elite and grassroots action throughout the country and to market forces around fracked natural gas, the US economy might still squeak clear of its Paris carbon-reduction targets. … Keep Reading