Keyword of the Week: France
On Sunday, eyes were on the French election as two candidates, Emmanuel Macron and Marine Le Pen, advanced to a runoff that will determine the presidency next month. This week’s Public ... 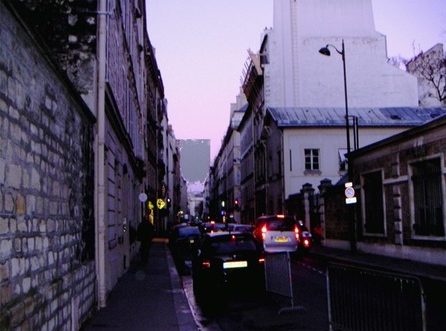 On Sunday, eyes were on the French election as two candidates, Emmanuel Macron and Marine Le Pen, advanced to a runoff that will determine the presidency next month. This week’s Public Bookshelf features four of our favorite PB articles about France, ranging from a special series on Thomas Piketty (in collaboration with La Vie des Idées) to an essay about the PEN–Charlie Hebdo controversy.

Last April, the American chapter of the writer’s organization PEN received a letter signed by over 200 of its members protesting PEN’s decision to present Charlie Hebdo with their annual Freedom of Expression Courage Award. In their letter, the group claimed that by giving Charlie Hebdo the award, PEN was “not simply conveying support for freedom of expression, but also valorizing selectively offensive material: material that intensifies the anti-Islamic, anti-Maghreb, anti-Arab sentiments” … Keep Reading

Patrick Modiano’s reputation as a writer of wartime Paris was sealed last fall by the Nobel Prize, which recognized him “for the art of memory with which he has evoked the most ungraspable human destinies and uncovered the life-world of the occupation” … Keep Reading

Located at the juncture of the 6th and 7th arrondissements on the Left Bank of Paris, the rue de Babylone stretches just over 850 meters, connecting the Boulevard Raspail with the Boulevard des Invalides. Narrow and seemingly typical of its quietly prosperous neighborhood, it boasts bakeries and butcher shops, a pharmacy, a café, a tabac, florists, a bookshop and antique dealers. But it also stands apart … Keep Reading

This spring Thomas Piketty’s Capital in the Twenty-First Century was published in English to instant best-seller status and wide acclaim and debate. In the United States, his author appearances drew enormous audiences. At our own Public Books event in New York, lines of standing listeners ringed the packed two-hundred-person auditorium and crowded in at the door … Keep Reading