Keyword of the Week: Russia
When we partnered with La Vie des Idées last year for a three-part series on “Russia Today,” we couldn’t have guessed how timely those essays would feel in 2017. This week’s Public Bookshelf ... 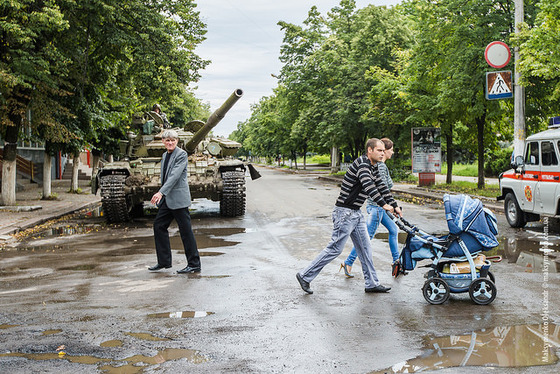 When we partnered with La Vie des Idées last year for a three-part series on “Russia Today,” we couldn’t have guessed how timely those essays would feel in 2017. This week’s Public Bookshelf features the articles in that series, as well as an essay by Masha Gessen on Putin’s effort to “retrofit” totalitarianism.

No sooner did the Western media learn to think of Vladimir Putin as an authoritarian ruler than the Russian regime changed again. Since Putin returned to the office of president in March 2012, Russia has experienced a political crackdown, has started a war against its neighbor, and has entered another, far from its borders. In the process, it has become an international pariah and sent its economy into a tailspin. But all of this has served to mobilize the population and make Putin’s grip on power appear firmer than ever … Keep Reading

Amid the annexation of Crimea, the frozen conflict in eastern Ukraine, and an emerging proxy war in Syria, many commentators have proclaimed the beginning of a new Cold War between Russia and the West. But as ideologues on either side spread their messages through international organizations and news media, it has become increasingly difficult to understand these crises and their origins … Keep Reading

Orwellian analogies are once again ubiquitous when discussing contemporary Russia. Between clandestine forces abroad and the gradual dismantling of civil society at home, not to mention a rabid nationalism fomented by the government’s TV and internet propaganda machine, the absurdity of recent political events supports the impression that we, the citizens of Russia, live in a dystopian nightmare … Keep Reading

Throughout Crimea in the summer of 2007, Russian government outreach had taken on a newly assertive tone of identity politics. From poetry contests to biker rallies, literary retrospectives to naval salutes, a seemingly nonstop pageant of prestige pumped Russian cool. Though seven years shy of invasion and annexation, the message was literally in the air, even dominating the radio dial of my ancient station wagon as soon as I crossed onto the peninsula to return to ethnographic research there … Keep Reading