La Súbida Ecuador: Valparaíso, Chile
Fruit and vegetable sellers line the angled street known as la Súbida Ecuador. You really only go to Ecuador if you can’t make it to the Mercado Cardenal two miles ... 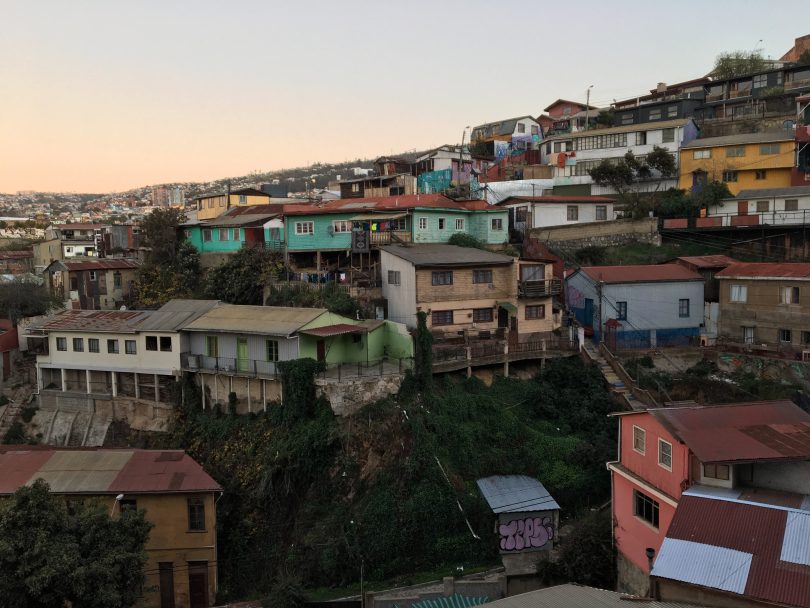 Fruit and vegetable sellers line the angled street known as la Súbida Ecuador. You really only go to Ecuador if you can’t make it to the Mercado Cardenal two miles away, and you only go to Cardenal if you miss the Wednesday and Saturday markets on Avenida Argentina. But as this is almost always the case—missing the market, too lazy to walk—inevitably Ecuador, with its slightly overpriced, lightly bruised bananas, is your stop.

A woman sells dried herbs on the street—cedrón, chamomile, mint, rue (how Shakespearean!)—while another offers sugared peanuts in every color (turquoise peanuts! you used to think, a strangeness that no longer registers). There’s a butcher, where men occasionally haul in a stripped cow on their shoulders from the back of a truck, staggering under the weight. The cheese shop has, apart from its massive geometries of mass-produced cheddar and pockmarked mantecoso, wheels of sheep cheese from the south if you ask politely. There is also a miserly casino arcade, fishermen hawking merluza on grocery carts, university students with the back of a van open selling pizza. Everything is covered in grime, strays edge along the stalls, dog shit spreads over the sidewalk. The occasional alcoholic lays splayed out on the cement, knocked out by cheap wine. A group of teen locas, a third gender in parts of South America, smoke and ask for change on the mosaic steps right where the Súbida sharpens into its nominal ascent, the plaza breaking off into several jutting inclines that each lead up a different hill. 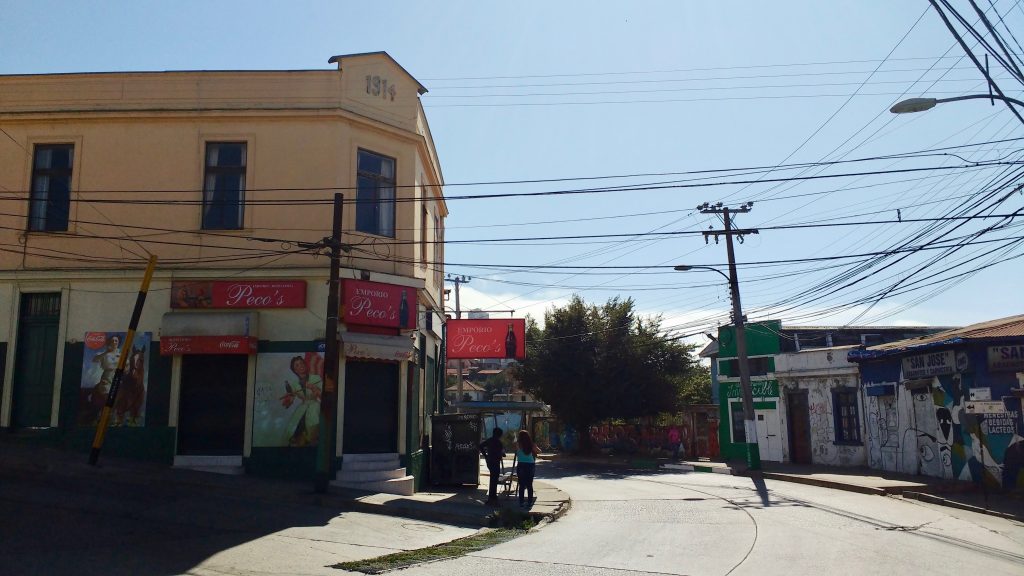 Chile is defined by its geographic isolation, its location on the wrong side of la cordillera, the Andes. The port city of Valparaíso lies midway down the coast, and is built, in what seems like a protracted accident, over endless coastal hills. It is a landscape of geological residue, something only the murmuring of tectonic plates could create. The intermittent plazas along the narrow, flat downtown form the vertebrae of the city, so that the city expands up and out like ribs, like lungs, like a breath of sea air taken at the top of the hills of Cerro Bellavista or Barón. Unlike the other plazas, la Súbida Ecuador—a middle ridge in the urban backbone—tilts upward into the hills, not properly a plaza but not quite a street: the land already slipping itself out from under your feet, the shared taxis, or colectivos, zooming through the foot traffic to carry people up the ridge. The other way home, of course, is to climb the endless staircases that spider over the hills, lugging your kilos of tomatoes and plums.

The poet Pablo Neruda lived part of his life in this city, and in his essay, “The Homeless Wanderer in Valparaíso,” he marvels:

How many staircases? How many steps on those stairs? How many feet on those steps? How many centuries of feet, of going up and down with books, with tomatoes, with fish, with bottles, with bread? How many thousands of hours wearing down each rung into channels where the rain rushes, splashing and crying?

Neruda, in his associative leaps from fish to centuries, from tomatoes to the cosmos, captures a way of thinking endemic to this port city. A ripe avocado, the salty air, a walk along the waistline of the hills—this is the stuff of life, and life is the universe. The Chilean poeta popular sings about wine and watermelon rather than love and death; Neruda’s odes to onions and socks and beds owe something to this tradition. Even the alcoholism hums with existential frequencies in the port’s blazing bohemian nights, the sense of something old and violent lurking just beneath the surface. Synecdoche is never questioned, the particular always absolute. 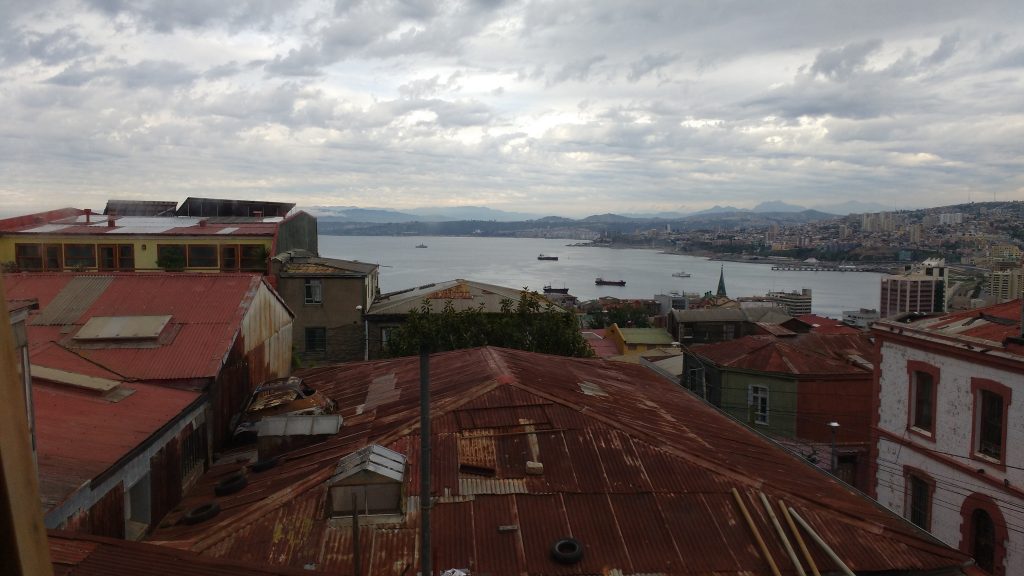 The view of the sea is always new. Regardless of the number of times you have climbed these stairs up the hill, the effect remains one of surprise. Surely by now, you think—reaching the final step, setting the groceries down on the cobblestones as you turn to look out over the intermediary of rusting roofs, out at the glimmering expanse—surely by now you have seen it.

Images: All images courtesy of author.