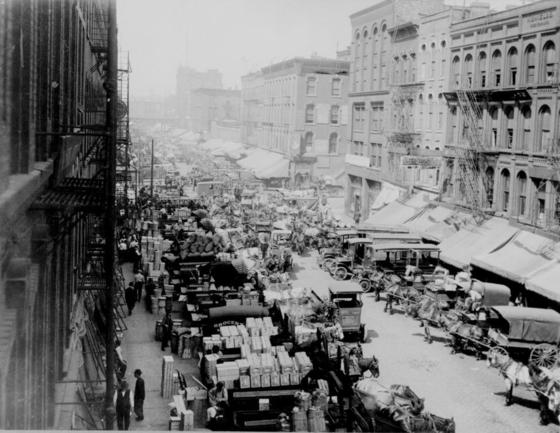 Truth be told, factory girls living in the early 1900s downtown Chicago boarding houses didn’t see much of the street, though their lives were very much a part of the public fabric—or its underbelly. They worked twelve-hour days (save Sundays), earned little that could be called “spending money,” and otherwise were confined by curfews and house rules intended to keep their foolishness in check. By the turn of the century, the ‘L’ shadowed the streets of the Loop, but few factory girls could afford the ride. Down streets, then as now, lined with warehouses and blank-faced businesses, they rushed home on foot in the dark, the metallic whine of the cars overhead, their house matrons keeping a fine watch over the proper dinnertime and the soon-to-be-locked door. In 1913, Miss Edith M. Hadley, a long-time boardinghouse keeper, published a “code of conduct” to remind her fellow matrons of their charge:

To be sympathetic without being sentimental.

To care for the tired and sick.

To be patient with the hysterical.

To direct youthful gayety and extravagance.

To help girls in danger of losing the heritage of womanhood.

Who wouldn’t want to keep those factory girls under lock and key? Certainly their parents, who had sent them to the city to earn money for the family. And certainly their community, still aching from the war, threatened by the alarming suffrage victory of 1921, and hiding its bottles in the dawn of Prohibition. Soon the girls in those boarding houses weren’t the meek rural daughters they once had been. They were runaways. They were the forgotten. They were the girls who didn’t have anywhere else to go. And they were women—clinging to singlehood—twenty, thirty, forty years old or more.

In writing my second novel, Bottomland, I got to know the daily grind of these factory workers all too well. “I started as a shirt-waist maker,” my character, Esther, tells of her time working in the garment factories:

Not a cent those first weeks, though at home I’d worked Mother’s pump machine to turn out plenty. Nothing more than a bicycle, the boss said to that, but soon he gave me six dollars a week. If I could make a year, he promised seven. But I would never take all of that seven home. If I laughed or spoke, I was fined ten cents. Five cents for a mistake. Five off our pay every week for needles and five for benzine, what they used to clean collars and waists, even if I never soiled a waist once. If I was one minute late, I was fined a cent. If five minutes, I lost half a day’s pay. I got five cents an hour, thirty dimes a week, though those fines made it less. Seven to seven we worked, twelve hours a day. Saturdays the same.

Still those dimes were mine. And Chicago, it was the only place I knew other than home. Chicago. Even the name sounded like spitting. Boss told me something different: “I’ve seen plenty of girls leave the shop for a ring, but I’ve never seen one leave this town. It sticks.”

In only a few years, the old boarding house system that had once housed those factory “girls” began fading. Women no longer wanted to live their adult lives as if they were children, and their movement into the nearby tenements proved a risky but liberating leap.

At around this time, in the beginning of the thirties, the infamous Chicago World’s Fair renamed itself the “Century of Progress Exhibition.” On the midway, fair goers passed every sideshow imagined—“The Temple of Mystery” with its hooded Egyptian head; Sally Rand’s burlesque show, “The Streets of Paris,” its star having been arrested four times for “lascivious acts.” And the strangest: “Infant Incubators with Living Babies.” For twenty-five cents, curiosity seekers could view row after row of glass boxes, high on pedestals and guarded by metal rails. A live baby squirmed in each, sometimes two at once. Their heads looked shrunken, their hands like snails. This was necessary medical science, desperate for funding—and therefore for proceeds from ticket sales. The crowds stood close enough to fog the glass. 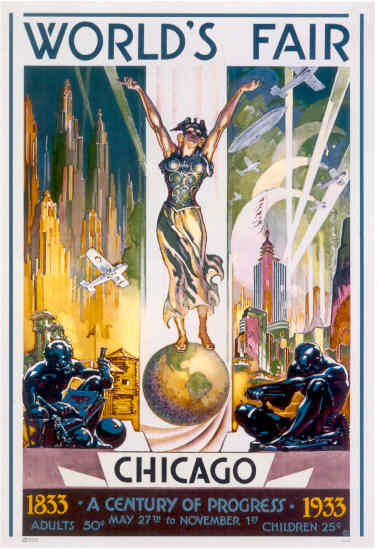 An enormous fish-like shape, faintly hissing, floated through the sky over Lake Michigan. Onlookers gasped, crossed themselves. This was the Graf Zeppelin. One of its passengers, Lady Grace Marguerite Hay Drummond-Hay, a British journalist, was the first woman to travel around the world by air. It had flown from Brazil, stopped in Miami and Ohio, before flaunting itself in Chicago and continuing to Spain. Less than ten years later, with the new war raging, it would be scrapped for parts.

But first, imagine it. That bloated, wheezing thing high above the fairgrounds, a woman standing at its windows gazing down. Below her, the citizens of Chicago had already grown dizzy with turmoil and change. There would be more. When the airship turned in the wind, the Nazi insignia glowered on its side. For months afterward, the city’s German-American population would be seething about the show. If those infants in their incubators lived long enough to escape their boxes, what a different world they’d find. Even Sarah Rand knew it. Those factory girls had already escaped the conduct code. They could get away with anything now.