Landscape with Corpses
Pat Barker’s Toby’s Room is a stunning and disturbing novel of and about nightmares. Early on, the protagonist, Elinor Brooke, slashes off her hair in an act of vengeance against her femininity, then ... 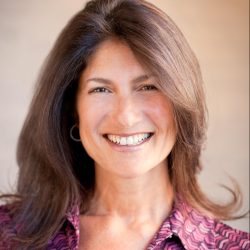 Pat Barker’s Toby’s Room is a stunning and disturbing novel of and about nightmares. Early on, the protagonist, Elinor Brooke, slashes off her hair in an act of vengeance against her femininity, then falls asleep: “she dreamt she was on her knees in a corner of the room, trying to vomit without attracting the attention of the person who was asleep on the bed. Her eyes wide open in the darkness, she tried to cast off the dream, but it stayed with her till morning.” Characters experience similarly disturbed nights throughout the novel, which becomes a portrait of a generation sickened, traumatized, isolated, and psychically impoverished, never quite able to wake up from its nausea.

As in her pathbreaking Regeneration trilogy of 1990–95, Barker sets Toby’s Room in and around the First World War, telling the intertwined stories of several male and female art students at the Slade School of Art in London. The men of this world are all eventually engulfed in the war, physically maimed and carrying deep psychic wounds as well. “It had become a preoccupation of his—almost an obsession,” one character thinks, “working out how the war had changed him.” Elinor, who has tried to ignore the whole catastrophe, ultimately becomes absorbed by the need to learn the fate of her brother Toby, who in 1917 is declared “missing, believed killed” in France.

The novel has two time frames, 1912 and 1917 (the intervening years were covered in Barker’s 2007 companion novel, Life Class). The abyss that separates them contains not only the onset of war but also the story of Elinor’s transformation, from the pained, exploited, but also courageous young woman who cuts her hair and embarks on a painting career, to the more calloused artist of the war years, when she attempts to stake out a place for herself in the male-dominated London art scene and to duck the emotional blasts of the war.

Keeping to her method in the Regeneration trilogy, Barker skillfully weaves fictional characters together with famous historical figures. In Regeneration, the story revolves around the poets Siegfried Sassoon and Wilfred Owen and their time at a mental hospital during the war, as well as around the psychiatrist and anthropologist W. H. R. Rivers, who treated Sassoon. In Toby’s Room, Barker paints historical portraits of the great surgeon Harold Gillies, who worked during the war at the Sidcup facility for soldiers with facial wounds, and more elaborately of Henry Tonks, a highly influential Slade art professor, trained as a surgeon, who spent several years doing watercolor portraits of Gillies’s patients. Barker provides a link to a website where one can view those portraits; to do so offers a reminder of just how ghastly the First World War’s wounds were, in an era of modest plastic-surgical capacity.1

One of the novel’s larger observations is that there is an endless interplay between beauty (physical, poetic, painterly) and the ugly underlying truths of war
and violence.

Perhaps more to the point, Tonks’s portraits illustrate the difficulty of reconciling the demands of art with the need to look at the very worst things that war can do. The characters themselves discuss these issues, considering, for instance, how to draw battle landscapes without corpses, as demanded by the British government when it commissioned war artists. They also debate the aesthetic and ethical challenges entailed in Tonks’s work of painting disfigured men, and whether art is enhanced or deformed by an artist’s grief and rage. In one powerful sequence, a famous young painter who has returned from the war with a terrible facial wound goes out for a night in London wearing a mask with Rupert Brooke’s face on it. Rupert Brooke was by far the most famous “soldier poet” in the early years of the war, admired not only for his sonnets but also for his extreme handsomeness. The disfigured young man is bursting with anger at the people of London, who don’t know how to respond to such grisly injuries as his. But the sequence also emphasizes one of the novel’s larger observations: that there is an endless interplay between beauty (physical, poetic, painterly) and the ugly underlying truths of war and violence.

For all the importance of the War in Toby’s Room, the novel also wants to insist that the raw brutality around which it moves—the wounding that leaves its characters writhing instead of sleeping at night—is not limited to warfare. Those injuries begin at home, in Toby’s room. In opening her novel with an awful scene of family violation, Barker reminds her readers of something that the novel’s most prominent guiding spirit, Virginia Woolf, forcefully exposed in many of her writings, namely, that the spaces of domestic life are where the great disasters of our emotional and psychic worlds begin. Woolf makes a cameo appearance in the novel, but mostly she is there by allusion: her 1922 novel Jacob’s Room tells the story of a young man killed in the war, and her own brother Thoby had died in 1906, completing the sequence of tragedies that comprised Woolf’s young life. Woolf is an especially resonant and appropriate model for Barker in this novel because her writings showed so powerfully that the destruction wreaked by war, no matter how extreme, is no aberration but part of the larger history of western culture, its violence less a deviation from Western values than their grotesque culmination.

If Barker continually returns to the First World War it is perhaps not only because it so dramatically unraveled the West’s sense of achievement and glory, but also because it revealed the basic barbarity that humans are capable of perpetrating against themselves and others—and of enduring as well. In the midst of such meaningless carnage, Barker and Woolf seem to say, we can look only for small compensations: a painting, a novel, an act of generosity, a night without nightmares.