Let Families and Communities Seek Asylum Together
Why not redefine our asylum system to accommodate the complex and multiple reasons people flee? 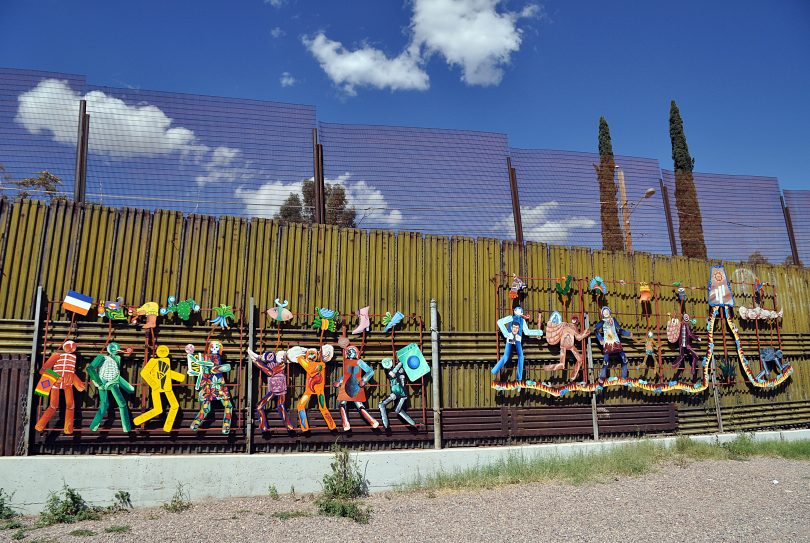 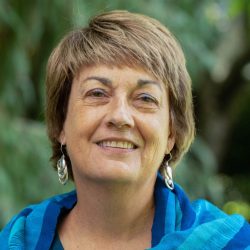 As of June 1, 2021, there were 1,306,772 backlogged cases in US Immigration Courts, with an average wait time of 938 days, or 2.56 years, according to the Syracuse University Trac immigration project. The nation with the largest number of cases is Guatemala, with 287,097, followed by Honduras, with 251,795. Among these pending immigration cases are a large number of asylum cases. What is asylum? Why would it take so long? Why would Guatemala and Honduras top the list? And can we rethink what asylum is?

As pointed out recently by Susan Gzesh, in her Just Security article “Why Must Central American Asylum Seekers Risk Their Lives to Reach the US?,” “It may surprise most Americans that almost no Guatemalans, Hondurans, or Salvadorans have ever been welcomed to the United States through USRAP [the US Refugee Admissions Program].” She suggests, as did Marcela Valdes in an article in the New York Times Magazine, that the US “owes something to immigrants from countries destabilized by U.S. foreign policy.” Gzesh proposes including Guatemalans, Salvadorans, and Hondurans in the USRAP. That could be a small step. The scope of the need, however, is much greater. I believe we must also fundamentally rethink how we conceptualize the reasons people deserve asylum and make it possible for broad groups of related people to apply.

Asylum can be granted in the US if an applicant can demonstrate that they have been persecuted in the past or have a well-founded fear of persecution on five grounds: membership in a particular social group, religion, race, nationality, or political opinion. However, my work as a pro-bono expert witness in more than a hundred cases of asylum seekers from Mexico and Central America and research in Guatemala and Mexico suggest that asylum should pertain not just to individuals fleeing persecution but also to networks of people who are connected in daily life. The interconnecting reasons people flee and seek asylum—violence, poverty, climate change, and unemployment—are experienced collectively, in communities. Families and communities often flee together, and they also reconstitute themselves as collective social bodies in the US.

Must every individual asylum seeker in a violent, chaotic, impoverished, desperate situation make their case on their own? Or could the US begin actively designating regions worthy of asylum and enabling families and communities to leave? This would forestall the tragedies of families separated across borders and allow the building of multigenerational, vibrant communities here, together.

In what follows, I provide stories from two extended families I am connected to through my work as a volunteer expert witness and have interviewed multiple times. The details of these stories suggest ways that asylum should be reconfigured in terms of both the reasons for which it is granted and the groups of people who can apply.

Magdalena was born in the department of Huehuetenango, right in the middle of Guatemala’s civil war. Her father was killed by guerrilla fighters after refusing to grant them his land and join their cause. Her mother and sister—as well as Magdalena herself—witnessed the killing. Later that same day, the army arrived and burned down their home; then the family was driven into the forest. They eventually were able to live with relatives. Magdalena worked in the fields of the relatives who took her in. From the age of five she planted, weeded, and tended to potatoes and sometimes corn. At the age of 16 she met her future husband, Mario, while visiting another community; they married and had seven children, five of whom survived.

Magdalena and Mario worked the land that Magdalena had inherited, planting potatoes and some other crops. Magdalena began to receive threats on her life, and at the same time her husband was beaten up and threatened repeatedly. The threats likely came from organized-crime groups attempting to intimidate her and claim her land. After several serious assaults, Mario left Guatemala and came to the US, in about 2013. Two years later, two of Magdalena’s children were threatened with harm by local gangs if they didn’t join. The threats against her continued as well.

Fearing for their safety, she and her five children came to the US in 2017 and joined Mario. They live on the West Coast and work in different locations, depending on the season.

The community Magdalena grew up in remains divided by positions people took during the Guatemalan civil war from 1956 to 1996. The reasons the family fled involve multiple forms of violence from gangs, organized crime, and attempts to push them off their land.

Magdalena has a pending asylum application. Her children are a part of her application. Her husband will be able to apply after she receives asylum. She has other extended family members in the US, but none has applied for asylum. The family works in seafood processing, berry harvesting, salal harvesting, pine cone harvesting, and mushroom harvesting.

Must every individual asylum seeker in a violent, chaotic, impoverished, desperate situation make their case on their own?

Josefina, also in Guatemala, grew up in a small hamlet west of the city of Huehuetenango. Her parents had a small plot of land, and she worked there as a child, also harvesting coffee for part of the year. She speaks Mam and Spanish, which she learned while attending elementary school. Josefina had a child at age 21, and the father decided not to support her and her daughter, so she is a single mother. After extortion attempts—because it was known that she had siblings and cousins working in the US who sent her financial support—and then threats to kill her if she did not pay, Josefina made the difficult decision to set out for the US along with her infant daughter in late 2018. She came to the West Coast, where she had family. Her passage cost about $10,000, which she paid to a coyote (smuggler). Because she could carry her infant daughter, she was not charged for her passage. She came because of poverty, lack of work, and threats against her life.

When she arrived, she lived with her brother and his family for a while and then moved into an apartment with two other families, occupying the living room with her daughter. She sought whatever work was available, usually laboring as a farmworker, moving from job to job. She has to send regular payments back to pay off her $10,000 debt. 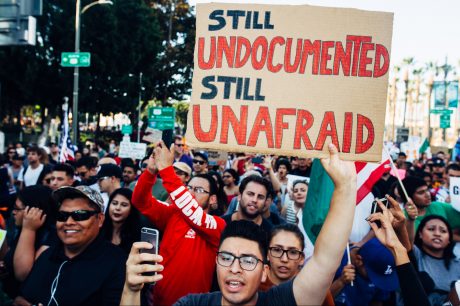 The DREAM Act Was Never Enough

Juana has two brothers in the Northwest. Her oldest brother and his wife received asylum, as did their two children. Juana managed to make it to the Northwest undetected but has not been able to file an application for asylum: she has no funds to pay a lawyer, speaks little Spanish, and spends all of her time working to support her daughter. Her brother and sister-in-law are an important support for her.

About two hundred people from her community, San Rafael (an invented name to protect people’s privacy in Huehuetenango, Guatemala) all live in a small city in the Northwest. Some nuclear families have asylum, but a majority do not. (Listen here for a short interview in Spanish with a member of that community about asylum.) Although this reconstituted community is composed of extended family groups who support one another, they do not have equal access to asylum or the resources to seek it. Most members are working, many as farmworkers putting food on the tables of the Northwest.

In interviews with members of this community as part of the COVID-19 Farmworker Study (COFS) in Oregon, they have shared stories of struggles through COVID-19, including loss of wages and difficulty in paying their rent, feeding their families, and sending money back to their home community to help out their extended families, who are also suffering economic loss and sickness. Juana and others in her community both with and without asylum are actively constructing networks of care, here in the US and in Guatemala.

We should connect access to asylum and the criteria for granting it more closely with refugee and resettlement policy. The year 2021 marks the 70th anniversary of the 1951 Refugee Convention that defines what a refugee is and outlines the rights of refugees and the legal obligations of nations who have signed on to the convention to protect them. The 1967 Refugee Protocol updated the 1951 Convention to include all refugees in all time periods and geographic locations, not just those displaced by events occurring before January 1, 1951. The US signed on to the 1967 Refugee Protocol along with 145 other nations. It did not sign the 1951 Convention, which was written in the context of the Cold War.

The US Citizenship Act sent by President Joe Biden to Congress on January 20, 2021, suggests that it will address the root causes of migration and responsibly manage the southern border, through, as one of the act’s subtitles has it, “Promoting the Rule of Law, Security, and Economic Development in Central America.” As pointed out by Aviva Chomsky in a recent article published by Common Dreams, “A Closer Look at Biden’s Immigration Plan for Central America,” the goals of the Biden plan suggest “that millions of dollars in ‘aid’ money should be poured into upgrading local military and police forces in order to protect an economic model based on private investment and the export of profits. … As it happens, this is the very model that Washington has imposed on the countries of Central America over the past century, one that’s left its lands corrupt, violent, and impoverished, and so continued to uproot Central Americans and send them fleeing toward the United States.”

As Chomsky and others have suggested, the history of US economic aid shows that the money often makes it into the hands of corrupt politicians who drain funds for education, health, and other services for the poorest into their own pockets, as in the La Linea scandal in Guatemala in 2015, which landed a vice president and 38 government officials in jail.

Rather than continue with aid and development models that have clearly not improved the lot of most Central Americans, why not redefine our asylum system to accommodate the complex and multiple reasons people flee? Why not recognize the connected systems of kin and community support people are already building in the US and funnel aid directly to them, here?

They are not only working to establish a more secure life for themselves and their children. They are also stepping up as essential workers who have kept us fed, housed, and cared for.

We should be welcoming people like Juana, Magdalena, and Mario, facilitating their settlement, and recognizing their contributions. Offering people asylum in larger groups and networks/communities would make more sense than the current policy.

Featured image: Paseo de Humanidad (Parade of Humanity), by Alberto Morackis, Alfred Quiróz, and Guadalupe Serrano. The painted metal artwork is attached to the Mexican side of the US border wall in the city of Heroica Nogales in the Sonoran Desert. Photograph by Jonathan McIntosh / Flickr (CC BY 2.0)