Life After Wartime
Fisher House looks like any other suburban American home: a well-manicured lawn; a kitchen stocked with Girl Scout cookies, Maseca, and ice cream; a living room with a flat-screen TV and children’s ... 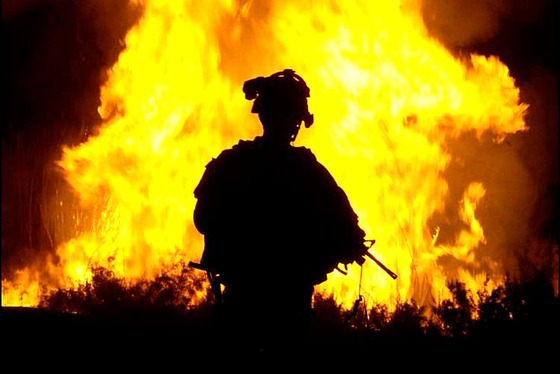 Fisher House looks like any other suburban American home: a well-manicured lawn; a kitchen stocked with Girl Scout cookies, Maseca, and ice cream; a living room with a flat-screen TV and children’s toys; a barbeque out back. But for the wounded soldiers at Fisher House, ordinary life is painstakingly reconstructed but never really achieved. In After War: The Weight of Life at Walter Reed, anthropologist Zoë H. Wool asks what it is like for American soldiers to be blown up in Iraq and rehabilitated at the Walter Reed Medical Center in Washington, DC. Because rehabilitation seeks to heal wounded bodies and to restore social order after violence, it holds out the promise that wounds can be healed. The civilian good life, imagined through family, love, and home, beckons injured soldiers into an ordinary postwar future. But at Walter Reed, this future has not quite arrived, and soldiers live in “the limbo of life blown apart and not yet pieced together.”

Wool’s ethnography takes place in Fisher House, adjacent to the hospital where soldiers live and are cared for by a nonmedical attendant, usually a family member. This is the uncanny “extra/ordinary” of life after war, a place where one begins, but never completes, a full return to ordinariness. Soldiers may have left the places of war, but they still carry fragments of it with them. Some of these fragments are literal, like pieces of improvised explosive devices embedded in their bodies. Others are not-quite-narrative memories, glimpses and pieces of soldierly life in Iraq.

Soldiers come to Walter Reed to mend these fragments and to heal from both grievous injury and wartime trauma. The military medical establishment estimates that between 11 and 20 percent of Operations Iraqi Freedom and Enduring Freedom (both part of the War on Terror) veterans experience Posttraumatic Stress Disorder (PTSD) in a given year.1 PTSD offers not only a path to treatment, but also a frame for understanding returning soldiers’ homecoming troubles. After War argues that this narrow medical judgment cannot encompass the ways that combat transforms soldiers. Wool argues that PTSD colonizes modes of thinking about trauma because so many different ways of responding to it are absorbed into a single diagnosis, “narrow[ing] the field of intelligible experiences.” Yet, however clumsy a diagnostic tool it may be, PTSD is the way we make sense of the fact that, beginning in 2012, more soldiers committed suicide than were killed in combat (the so-called veteran “suicide epidemic” began years earlier—a 2012 Veteran Affairs report estimated that 22 veterans a day killed themselves in 2010).2 Most of the soldiers of After War have been diagnosed with PTSD, but Wool avoids classifying them this way, arguing that the “inescapable PTSD theme” does not capture the many ways soldiers experience life post-trauma.

Veterans with missing limbs move differently through the world in the most obvious ways, but so do those who are not “marked” by physical injury. Following soldiers’ experiences of moving through space, Wool develops an alternative way to understand how returning soldiers’ lives are transformed by war. PTSD treats certain ways of being—panic at the sound of a siren ringtone, or anxious hypervigilance in a crowded café—as symptoms. Other behaviors, like refusing to eat outside because it reminds a soldier of wartime meals in the desert, are seen as normal, or at least not pathological. For Wool, all these ways of being together are part of being posttraumatic, of “extra/ordinary afterwar living.” For the soldiers of After War, space itself is transformed. The distance between faraway war and home collapses; Tal Afar blurs into Washington, DC. Attending to returning soldiers’ movements, Wool pushes past distinctions between transformations of the body (a missing leg, a fractured skull) and those we think of as residing in the mind (nightmares, anxiety, suicide). Understanding trauma spatially allows us to unify physical and emotional trauma and works against a strict (and fictitious) separation between the physical and the psychological. The practical experiences of movement—from encountering grateful civilians who reach out to touch the bodies of wounded soldiers in a movie theater, to awkwardly learning to maneuver a wheelchair, to anxiously scanning a crowded subway platform for wartime threats—all constitute postwar movement.

After War demands that we reckon with the ways violence lives on in even the most civilian and intimate of spaces. It is not only soldiers who live in traumatic ordinariness, and American cities are not post-conflict for everyone. It is estimated that a third of American children living in inner cities experience symptoms that count as PTSD in their lifetimes—nearly twice the rate of troops returning from warzones in Iraq.3 Poor children of color are disproportionately impacted by urban violence, from which there is no retreat to pastoral postwar suburban life.4 (A report on PTSD in school-aged children in Oakland called it “hood disease.”5) This violence, too, is intimately tied to American militarism: police killed 1,134 people last year, and young Black men are nine times more likely than other Americans to be killed by police.6 As domestic police departments militarize, urban policing looks a lot like warfare.7 From these wars there is no return, and so there can be no “post” in posttraumatic. After War focuses narrowly on veterans, but in asking how we make the world inhabitable after world-altering violence, it points to the limits of medicalized understandings of trauma. If only some ways of being “count” as posttraumatic, we miss the ways in which posttraumatic movement is a sensible reaction to violence.

After War: The Weight of Life at Walter Reed