Longing for the Writer’s Space
How should readers and scholars look on the tangible traces writers leave behind? 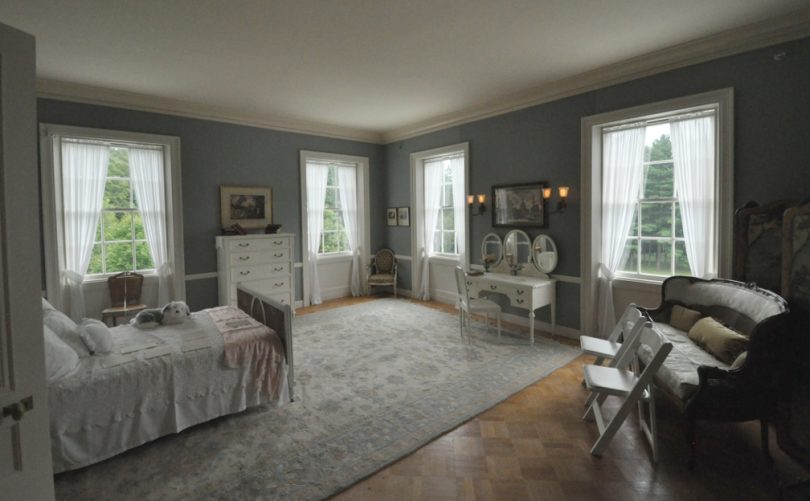 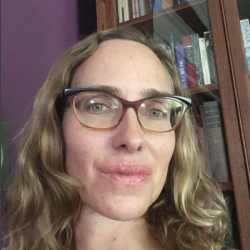 Call me romantic, but I have always been curious about writers’ houses and their belongings, especially desks, pens, and manuscripts. As a fan, I relish stepping into that room where an author wrote, standing in front of her desk, gazing on the same view she did as she formulated her sentences or just daydreamed. Dwelling in these domestic spaces, even if only for the length of a museum visit, somehow inspires me.

Some of my favorite 19th-century writers felt this way too. George Eliot cherished rose leaves purloined from Wordsworth’s garden, and after she visited Goethe’s house with her partner, George Henry Lewes, she confessed in her journal: “We wrote our names near one of the windows.”1 A devout secularist, she saw possessions as material witnesses to one’s experience, as daily allies that spoke feelingly of the past.

Writers become sacralized through the rooms that once held them, as Nicola J. Watson discusses in her new book, The Author’s Effects: On Writer’s House Museums. However, the afterlives of their libraries, particularly if they are women, can be considerably less stable, as Sheila Liming observes in What a Library Means to a Woman: Edith Wharton and the Will to Collect Books. To assay a great author’s library is to see her placed in an intellectual tradition, to figure her as a participant in an ongoing conversation with communities of writers. Yet women’s libraries have always been more ephemeral than those of men, for “catalogues and indexes tend to be organized by surname,” as Renaissance scholar William Sherman explains. “Books purchased by or given to women tended to disappear behind the surname they adopted when they married and to be subsumed into their husband’s estate.”2

Take George Eliot as an example. A confirmed bibliophile, the writer owned about 10,000 volumes when she died.3 Most are now missing. Yet we know that books, for Eliot, held a special place in the pantheon: her copy of Wordsworth’s The Prelude, which she owned for at least 13 years and read aloud with two partners, contains records of the author’s ardor on its leaves, in her hand and in Lewes’s.4 In The Mill on the Floss, volumes one has loved for years are the “daily companions” most yearned for when they are gone.5

How should readers and scholars look upon the tangible traces writers leave behind—those dresses, walking sticks, and rings? If you are at all like Eliot (or me), you may recoil at Watson’s skeptical view of the relics and rooms of writers. In contrast to Watson, Liming holds on to—and nurtures—a sophisticated delight in the leavings of beloved writers. Liming uses Edith Wharton as a departure point for an engrossing study of how books and reading form the self. Her revelations allow us to see how Watson may be too quick to undermine the painstaking historical work of reconstructing an author’s writing life through her tools—objects that can elicit an emotional and visceral connection in literary pilgrims, and that can form an important and often overlooked part of women writers’ legacies. 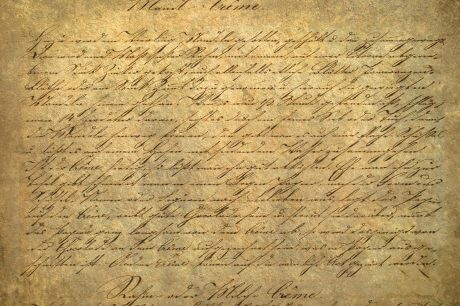 A cynical vein runs through Watson’s book. She dwells on the amusing frauds, such as Petrarch’s mummified cat behind glass at his house museum in Arquà Petrarca, in northern Italy, though it was never his cat and began as a practical joke by an early owner of the museum. A stuffed raven called Grip that once belonged to Dickens slowly became associated instead with Poe through a complicated process of de- and recontextualization. (Watson doesn’t mention an even starker illustration of Victorian sensibilities that now feel distant: the letter opener Dickens had made of the paw of his cat Bob, inscribed, “C.D. in memory of Bob 1862,” now part of the Berg Collection at the New York Public Library.) At least four chairs have been desired to be Shakespeare’s chair, without any of them being so.

Writers’ bodies had rich afterlives too, Watson shows. A drunken monk rifled Petrarch’s corpse to sell his bones, and Schiller’s friends and acquaintances attempted to identify his skull from a pile of many, buried communally. Goethe insisted he recognized the “peculiar beauty and evenness of the teeth.” Descartes’s bones were set into jewelry, his skull inscribed with the names of successive owners and with a poem in Latin. The fantasies, rumors, and hoaxes surrounding the exhumation of Shakespeare, which never actually happened, bewilder in their number and knotty strangeness.

Moving beyond pets, furniture, and corpses, The Author’s Effects tours house museums, asking why writers’ rooms become part of their legacies, and why readers go to these spaces curated “for no-one to live in,” which keep alive the fiction that “the writer has just left the room.” And yet this felt absence leads to the most evocative moments (for the unrepentant fan) in the book, offering a lingering “sense of the fabric of the writer’s house as simultaneously material and immaterial, real and ideal.”

The tale of Edith Wharton’s library is one of movement, loss, and dispersal.

For Liming, books “emerge as objects that appear heavy with history and laden with a curious and irresistible sort of timelessness.” What’s more, they feel like extensions of the embodied author—in Wharton’s case, containing scraps of her daily life: sprigs of pressed clover, pink ribbon, raffle tickets, stamps, receipts, and dog fur, not to mention mold colonies and worms. Liming ponders Wharton’s reading habits through marginalia, uncut pages, packing lists, and other material and local evidence.

The tale of Wharton’s library is one of movement, loss, and dispersal. While not exactly a bibliophile, Wharton amassed around five thousand books throughout her lifetime, and about half of them still exist as a group, now housed at the Mount, Wharton’s house in Lenox, Massachusetts, turned into the sort of museum Watson writes about. Wharton’s three different bookplates6—one for the books at her house in the Paris suburbs; another for those kept at her château (once a medieval convent) on the French Riviera; and the third for the volumes at the mansion in Newport, Rhode Island, that she shared briefly with her husband—enabled collectors to later reassemble them as a library.

No bookplate was made for the Mount, however, because Wharton considered it her main home and assumed the books there would never leave. When her husband sold the property in 1911, her books came to function, as Liming puts it, “as ambulatory homes or vessels for the housing of the self.” Liming details Wharton’s creation of the Mount and its library as a “layering of elsewheres,” based as it was on other famous houses; her use of the space for social gatherings, not writing (she did that in bed); and how the collection built on the library she inherited from her father. Using inscriptions found in the books themselves, Liming traces a social network of over a hundred people, all of whom had previously possessed at least one of the volumes in Wharton’s library. By buying up the books of acquaintances or friends when they died—such as a first edition of James Joyce’s Ulysses that had once belonged to her friend Walter Berry—Wharton kept the group together, with books standing in for people, small monuments to friendship and love. 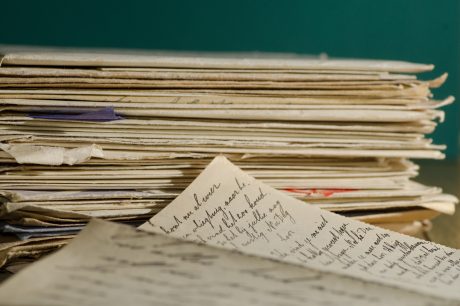 All the World's a Page

For Wharton, a book collection was as much a social assemblage as a storehouse of intellectual influence. So what of Eliot, whose library has survived in such a diminished form? While Petrarch’s mummified cat and Dickens’s stuffed raven have been meticulously preserved and displayed, we must look to Eliot’s letters—and to belated attempts to reconstruct her library—for ghostly remnants of the objects she held so dear.

In an edition of Ann Taylor’s The Linnet’s Life, given to her by her father, whose hair she wore in a gold brooch after his death, Eliot wrote, “Let any one who thinks of me with some tenderness after I am dead, take care of this book for my sake.”7 Her love of personal relics, which echoed the belief that saints’ relics bring miracles, grew from her ethical plan to “unceasingly aspire to unclothe all around me of its conventional, human, temporary dress, to look at it in its essence and in its relation to eternity.”8

Eliot’s book collection eventually did receive a small part of the attention it deserved. The largest surviving group, approximately 2,500 volumes inherited by Lewes’s son Charles, was donated in the 1880s to the Dr. Williams’s Library in London, to be “kept as a separate little library—called the George Henry Lewes Library—on distinct shelves.”9 It wasn’t until 1977 that the first serious catalogue of this collection was printed, by William Baker, who called it The George Eliot−George Henry Lewes Library, finally making legible Eliot’s books, full of her marginalia, the material remains of one of the most brilliant minds of her time—or of any time. 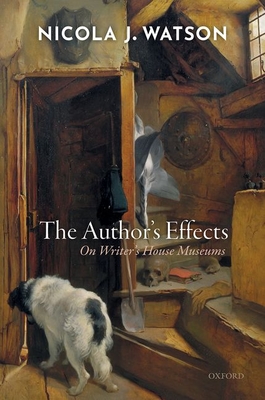 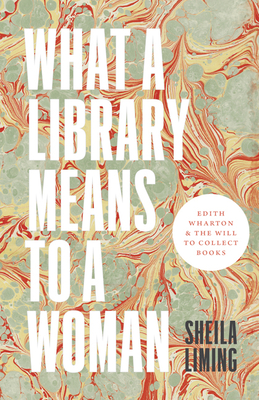 What a Library Means to a Woman: Edith Wharton and the Will to Collect Books