Loss in Translation
Walter Benjamin’s well-known essay “The Task of the Translator” claims that “translation is a form,” an artistic act in its own right. For Benjamin, both text and translation yearn toward a mystical ... 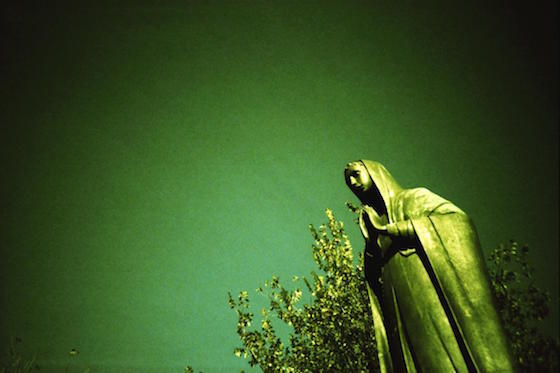 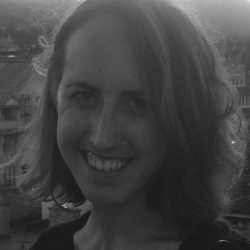 Walter Benjamin’s well-known essay “The Task of the Translator” claims that “translation is a form,” an artistic act in its own right. For Benjamin, both text and translation yearn toward a mystical “pure language,” a kind of aesthetic state that transcends mere communication. This pure language comprises a rich constellation of texts and textual possibilities, where what we might call the “original” or source text circulates among any number of individual translations, each of which stands as its own unique “way of meaning.” In this view, a translation is in no way subordinate to the original, but is, rather, essential to its richness. Translations are works of art that can stand on their own. The translator’s task, therefore, is not an easy one, because the translator is directly involved in the conceptual and literary challenges of representation that define literature as a whole.

Two recent novels about literary translators ask how we might consider translation as an autonomous art focused on “ways of meaning” and raise a series of questions about what it means to adjudicate between language and meaning, between words and things. Idra Novey’s Ways to Disappear and Rachel Cantor’s Good on Paper both tackle the ethical and aesthetic problems that arise in the act of translating. They both ask whether translated texts are derivative. Both feature translator-protagonists who struggle to communicate their feelings for the people and things they love, and who relate this struggle to the particular difficulties of translation. Most importantly, in both novels, translation comes to stand for the sheer thrill of inhabiting another language, mind, or set of possibilities, for the intellectual pleasure of experimenting with how to make and mold meaning beyond communication.

Take Emma, the protagonist of Idra Novey’s Ways to Disappear. Upon hearing that her favorite author, the Brazilian Beatriz Yagoda, has climbed into a tree with a cigar in hand and subsequently disappeared, Emma leaves her doting but dense boyfriend in Pittsburgh and jumps on the next plane to Rio. Long accustomed to tracing Beatriz’s meaning from the translator’s desk, she now eagerly seeks to locate her author in life. Emma soon meets the worried children of the writer: the unwilling Raquel—a tough union buster who finds Emma a naive, clumsy, and very American interloper—and Marcus, Raquel’s sultry brother, with whom Emma promptly begins an affair. Some of what happens to Emma seems drawn directly from one of Beatriz’s strange, fantastical stories. In one of the book’s many scenes pitched between comedy and noir, for instance, she meets with a stereotypically grim loan shark who demands very real repayment for Beatriz’s forays into online gambling. Fiction seeps into fact in other ways as well: it is through Emma’s knowledge of the geography of Beatriz’s fiction that she and Marcus finally track down the absconded author. 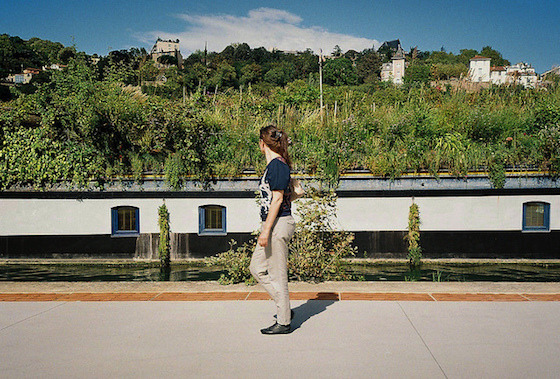 At certain points, the novel explicitly refers to the conceptual tools of the translator as it parses the relationship between textual meaning and communication. When Marcus suddenly disappears as well, Emma is left in a hotel room strewn with his belongings and begins to muse on what in translation studies is known as “domestication.” The concept, which reaches us via Lawrence Venuti but can be traced to the Romantic philosopher Friedrich Schleiermacher,1 involves the process of changing words and allusions to make a foreign text more “familiar” to the target audience. Many translation theorists look down on this task as simplifying and homogenizing: Venuti has even called it unethical.2 Emma is sympathetic to this view, although working as Beatriz’s translator, often on a publisher’s deadline, has required her to make a habit of domesticating unruly idioms and unfamiliar allusions. As she considers the unfamiliar physical objects lying around her, she wonders if she’s been overly confident in her ability to make the unfamiliar familiar by moving around concepts at will, to know what can be tinkered with and what must remain consistent for a translation to be responsible and true. Perhaps she has brushed aside the “problem” of domestication and ignored “the possible misplacement of truth”? What happens, she now wonders, when “the location of an object was, in fact, its meaning”?

As the novel continues, it becomes clear that Emma, Raquel, and Rocha—not to mention Beatriz’s Brazilian fans, who speak in brief excerpts from a popular radio show following the writer’s disappearance—are each searching for their own version of the author, the unique meaning they assume will emerge when Beatriz’s location is identified. For Raquel, who has never finished a book of her mother’s, and who has throughout her life struggled with her mother’s strange habits and emotional distance, this search has a more explicitly psychoanalytic tenor. For Emma, the meaning she hopes to gain from finding Beatriz has more to do with her idolization of “her author” as a personal and not just professional hero. It is a shock for Emma to realize that the Beatriz she thought she knew so well could have an online gambling problem. But it is perhaps an even greater disappointment for her to learn that Beatriz’s Brazilian publisher, Roberto Rocha, is the true source of her unique voice and style—the Gordon Lish to her Raymond Carver.

In both novels, translation comes to stand for the sheer thrill of inhabiting another language, mind, or set of possibilities.

The novel portrays Emma’s changing response to this knowledge as a kind of awakening: she loosens her parasitic attachment to Beatriz and her novels and instead embraces mystery, passion, and risk in an inevitably violent (and, for this reader, a bit predictably exoticized) Brazilian setting. When, at the end of the book, Emma begins to write her own stories, we are meant to understand that she has done away with her derivative career to construct a new self. Strikingly, then, even as the novel suggests that Beatriz, the “source text,” is a site of multiple, contingent, even contradictory meanings—translatable, as Benjamin might argue, only in manner rather than in meaning—the book ends up reifying a conventional notion of translation as deformed mirror, as derivative rather than autonomous work, or even as betrayal and loss.

A similarly biased view of translation is what convinces Rachel Cantor’s own translator-protagonist, Shira, to abandon her doctoral dissertation, a translation of Dante’s Vita Nuova. As the book opens, she has cobbled together a reasonably stable life: she supports her daughter through a motley series of temp jobs and lives in unconventional coupledom with her gay high school friend Ahmad.

But this stability is precarious. Indeed, it’s worth pointing out that both Novey’s and Cantor’s novels are particularly strong at describing the economic, often gendered precarity of the contemporary translator, who tends to be obliquely and ambivalently associated with the academy. Emma, for instance, earns $500 per translated novel and supports herself by teaching “endless sections of Portuguese for Spanish Speakers” at a satellite campus of the University of Pittsburgh, while Shira hovers at the edges of the Brooklyn literary scene. Both books point to the oft-neglected fact that translation is not just a theoretical problem but also a form of labor—one that can easily be shunted to the margins both of academic discourse and of the literary market.

Through her friend Benny, a hipster rabbi and independent bookstore owner, Shira receives what might be considered a translator’s big break: a request to translate an unpublished manuscript by an Italian Nobel laureate known as Romei. The manuscript is itself a kind of translation, an updated rewriting, of the Vita Nuova, with Romei’s American lover Esther in place of Dante’s Beatrice. Instead of the noirish mystery that scaffolds Ways to Disappear, here we have a high-literary enigma in the vein of A. S. Byatt’s Possession. Romei’s manuscript is packed with wordplay involving “false friends” that would only be evident to a translator. It includes, improbably, images from several of Shira’s own stories published over the years, and concludes with a wild trilingual postmodern pastiche that appears intended to frustrate Shira into giving up—or at least into asking why the commission seems literally written for her.

Once again, the process of translation turns out to be personal and psychological. Shira’s abandonment by her mother when she was young pushes her toward the redemptive, orderly universe of Dante. When she feels betrayed by a lover, she abandons grad school and translation altogether. She dresses as the figure of the “traduttore/traditore” (translator/traitor) for Halloween and, claiming that the entire practice of translation is doomed to failure, “rant[s] about the untranslatability of all texts.” In doing so, Shira embraces one well-established view of translation: that it can never equal the beauty of the original and can only represent loss and imperfection (a view that Benjamin, of course, critiqued).

Romei, a playful, deconstructive author, represents the opposite of the supposedly harmonious, traditional order of Dante. And yet it is he who, in a series of phone conversations with Shira, allows her to better understand the Dante she thought she knew so well. When Shira suggests, for instance, that Dante’s distance from Beatrice can be understood within the context of the poet’s generic dialectic between lyric and narrative, Romei dismisses her, saying that Dante is simply afraid of betrayal—betrayal that, in Cantor’s novel, provides a link between romantic infidelity and the infidelity supposed by the very art of translation.

By coming to terms with the implications of translation, conceptual as well as literal, Shira must “interpret” the events of her past, “decode” them, and thereby find a kind of redemption. Shira believes that translating the Nobel laureate’s manuscript will bring a “new life” of fame or at least stability. She must learn that the new life awaiting her is only possible once she translates Romei’s message buried in the text—a message about Shira’s own past, but one that also asks her to begin a new, more authentic life.

Here the use of translation as a metaphor for life is both less tidy and more interesting than in Novey. The translator’s task is revealed to be less a hermeneutic process than an aesthetic one, an act of creation. Here is Shira speaking of her own sense of the translator’s task:

The translator makes a holy commitment to understand, to listen with all possible intensity, to step backward, ever backward, through the labyrinth of an author’s ideas and devices, uncovering his decisions and triumphs, line by line, until she arrives, finally, at the moment of creation—and before, when words are merely phonemes and breath.

This is a different notion of translation as personal, intimate. It has less to do with the projection of certain ideals onto an author—Dante’s pure love, Beatriz’s clever, taut prose—than with a greater enigma: the attempt to re-create and re-inhabit, even if only fleetingly and imperfectly, the creative process itself.

José Saramago was perhaps only the most recent in suggesting that all writing is a kind of translation.3 If these novels are explicitly concerned with how to translate meaning, and with what the act of translation itself represents, we might instead see the aesthetic problem that they propose not as one of psychological discovery but rather of the inevitability of mediation. One way to think about this is to consider what is “lost” in the author’s translation of reality into text, not only in the movement from one language to another, but in representation itself. The larger point that the novels suggest is that we ought to find possibility rather than inadequacy in the act of writing and rewriting, in continually investigating how we make meaning. In this game of infinite versions, the translator and the writer can toggle endlessly, even exuberantly, between reality and words.

An earlier version of this article incorrectly referred to author Rachel Cantor as being herself a literary translator.