Louise Erdrich’s Hard Facts
Early on in Louise Erdrich’s most recent novel, LaRose, the priest on the reservation articulates a worldview that encapsulates an enduring theme of this novelist’s work: “some people would try their ... 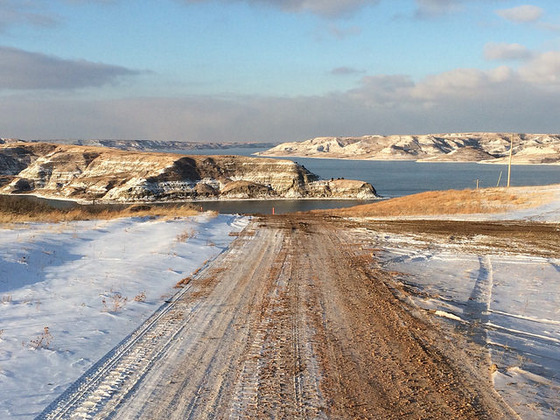 Early on in Louise Erdrich’s most recent novel, LaRose, the priest on the reservation articulates a worldview that encapsulates an enduring theme of this novelist’s work: “some people would try their best but the worst would still happen.” Many writers would mine this observation for tragedy, but Erdrich instead turns to healing. In book after book, she finds ways to resolve the extremes of life while never shying away from hard facts: death, pain, guilt, and suffering. Redemption often takes generations, and arrives in unexpected ways, but, in the end, Erdrich delivers us and her characters from evil, if not from heartache and travail.

In LaRose, Erdrich lovingly weaves a multi-generational tale of the relationships that bind families and communities together despite their all-too-human frailties. Like all of Erdrich’s fiction, LaRose is first and foremost a good read. Having written fifteen novels over the course of her career (including the 2012 National Book Award winner, The Round House), she displays effortless facility with plot and characterization. The novel opens with the killing of a child in a hunting accident. The story then unfolds as a multi-voiced exploration of the reverberations of that event.

That exploration stretches across two centuries of life on the northern plains. LaRose is the given name of one member of each of the five generations of characters whose mixture of Ojibwa and European roots twine uneasily across a 19th-century America defiled by government boarding schools, forced removal, rape, and genocide. The name and its bearers are the only constants in a jumbled genealogy of people who now live on and around the fictional Indian reservation in North Dakota where the novel takes place. Erdrich’s narrator moves fluently between centuries, recounting events with the same pathos and fascination, whether they take place in in a smoky fur trader’s cabin or harshly lit 21st-century government housing.

Erdrich populates her story with characters that trace both the gothic and mundane contours of many a western community. Father Travis, the local confessor, is an ex-Marine who survived a barracks bombing in Beirut, his scarred body a testament of his no-nonsense faith. He works out incessantly, partly to sublimate his attraction to one of his female congregants. Among his sometime-parishioners is a sly drug addict named Romeo who steals medications from the nursing home and plots against Landreaux, the recovering alcoholic who fired a fateful shot that killed Dusty, his neighbor’s son. Meanwhile, Dusty’s father, Peter is married to Landreaux’s sister-in-law. Then there is LaRose himself, Landreaux’s five-year-old son, who embodies great innocence, and even greater power.

Nola and Emmaline, the two half-sisters and descendants of the original LaRose who share these men’s lives, lead us into the novel’s most persistent question: What are “relations,” anyway? A reservation healer has told them “there are no half-sisters,” and it is through their lineage that a LaRose has emerged in each of the four previous generations. Why, then, are they so distant from one another?

With LaRose, Erdrich seems to suggest that the problem lies in the question itself. Life is not so much a why as a how. Little LaRose learns this late in the novel from Ignatia, a nursing home resident who tells him an Ojibwa origin story that baffles him. Hearing the tangled tale of a wife who loves a snake and a husband who serves her the snake for dinner, the boy can’t find a moral. But Ignatia tells him to stop looking for one. That search, she says, is futile, the legacy of a reservation Catholicism that taught the Ojibwa to “think we are chased by devils, original sin.”

Ignatia learned from her elders that stories serve instead to illustrate the twists and turns of life. An Ojibwa story is not so much a vehicle for the delivery of morals as a thing in flux, teaching by its very unfolding the nature of contingency in human existence. The story of the snake, Ignatia explains to LaRose, is that “we are chased into this life. … We are chased by what we do to others and then in turn what they do to us. We’re always looking behind us, or worried about what comes next. We only have this teeny moment. Oops, it’s gone!”

Throughout the novel, Erdrich suggests that the generation of Indians who grew up in the 1950s and ‘60s are ill-equipped to act on the sort of lessons about possibility that Ignatia’s origin story offers. They are weighed down by teleology, freighted with a narrative that can only conclude with the “last judgment.” Raised in government boarding schools, they have come to their Native traditions late in life and second-hand. But the younger generation that powers this tale lightens their elders’ load with innovative responses to trauma and change. Landreaux and Emmaline’s daughters, twelve-year-old Josette and thirteen-year-old Snow, call themselves “throwback traditional” Indians, their speech cadenced by the staccato rhythms of Twitter and Instagram. They love to try out “hard” middle school vocabulary words on their family members, explaining to their mother how they plan to get on with their lives after Dusty’s killing: “we want our life to get normal, duh. … Uneventful except for good things.” Yet they love each other and their families deeply. The most recent incarnation of LaRose, a boy of only five when we meet him, is “throwback traditional” par excellence, blending his father’s woodcraft and his grandmother’s medicine with Tae Kwon Do classes and lessons in schoolyard bullying from Dusty’s older sister. 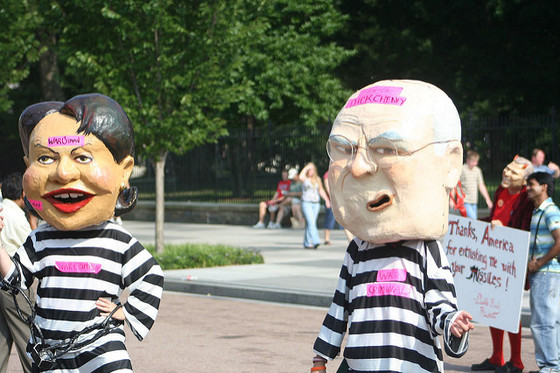 The parents, for their part, are confronted with the lead-up to the Iraq War. Mirroring the characters’ own self-deceptions and white lies, Condoleezza Rice, Dick Cheney, and Donald Rumsfeld parade across TV screens in bars, living rooms, and the senior center, spinning a tale of Saddam’s danger to the US. The Bush administration’s quixotic search for weapons of mass destruction and its hubristic “shock and awe” tactics weave the characters’ more paranoid outbursts into the general state of the human condition at the dawn of the 21st century. Peter was fixated with Y2K apocalypticism before his son’s death, hoarding supplies for the impending disaster. Even LaRose resorts to secret machinations when he unloads all the guns in Peter and Nola’s home, hiding the rat poison and bleach and razor blades that he fears Nola might use to end her life.

Erdrich suggests that Landreaux, Peter, Nola, and Emmeline have been trapped in the conventional moralizing that flows from Dusty’s death. Each has sought to escape by transcending it. But like LaRose, they eventually learn that they must come together to weave a new “story,” accepting that the distant past lives on in the present, and that the “real” is as important as the immaterial. Just as there is no such thing as “half-sisters,” there is no taking—of life or reputation or love—that can’t be recompensed with giving. By the novel’s end, we realize, like LaRose, that there is not so much a moral to the story as a “chase” of life that offers a present moment of redemption—but only in an instant, before it’s gone.