Love and Death in Indian Country
At its core, David Treuer’s latest novel is a tale of unrequited love and random violence. The stuff of melodrama, to be sure, but in Treuer’s skillful, multi-vocal telling, neither love nor death ... 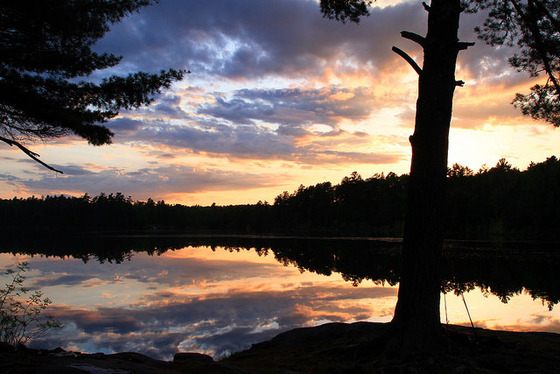 At its core, David Treuer’s latest novel is a tale of unrequited love and random violence. The stuff of melodrama, to be sure, but in Treuer’s skillful, multi-vocal telling, neither love nor death appears sensational or simple.

Treuer, an Ojibwa writer from northern Minnesota, is the author of three other novels, a controversial work of literary criticism (Native American Fiction: A User’s Manual, 2006), and an acclaimed nonfiction account of contemporary Native American experience (Rez Life, 2012). In Prudence, Treuer grapples with the irreconcilable emotions stirred by generations of Native and non-Native people living side by side without meaningful contact. Set in rural Minnesota and spanning the decade between World War II and the war in Korea, Prudence follows the fortunes of two families: one, an impoverished pair of abandoned Ojibwa girls, and the other, wealthy residents of Chicago who vacation at a hotel on the reservation every summer. The two lineages soon become inextricably linked by a series of illicit love affairs and accidental deaths that neither they nor the community can understand.

In Native American Fiction, Treuer voiced his concern that too many books written by Native men and women are judged on the false criterion of “authenticity.” For Treuer, there is no such thing as genuine “Indian” literature, only Native American fiction. Prudence puts that assertion to the test. In this novel, human emotions, longing, and betrayal observe no distinction between truth and falsehood—they simply endure. Both Native and non-Native people suffer and yearn, and the craft of the novel lies in the ways it enables the reader to traverse the social and emotional distances the characters themselves are unable to.

The story opens with a matter-of-fact description of a day on an Indian reservation in 1952, “hot and muggy and filled mostly with the thrum of wind-plucked power lines.” At first, the day seems like any other on the Rez—sleepy, disengaged from the outside world—until the tranquility is shattered by the discovery of a young woman’s body in a local motel room. The novel then flashes back a decade to the Pines, a tottering lodge on the banks of the reservation’s river owned by Emma Washburn and Jonathan, her physician husband.

The narrative voice shifts to Emma’s thoughts, her mind abuzz with preparations for her guests’ arrival, as Treuer skillfully sweeps us into the blizzard of her banal anxieties. There are endless chores to be done—oranges to squeeze, windows to wash, and tablecloths to starch—and only she can do them, especially since her sole help is a pair of reservation girls, who, “being Indians, didn’t know what proper starching was.” For Chicagoans like Emma, the Pines represents a hopelessly romantic vision of life in evergreen nature.

Every summer they arrive with their son, Frankie, to ready the hotel for guests that never seem to come. This year, however, they discover that a German POW camp has been built across the river (“Why did they have to put the camp right there?,” Emma wonders.) As she prepares the lodge for Frankie, who will visit briefly before shipping out to war, a POW escapes, setting in motion a chain of events that will lead inexorably to the body in the motel room in 1952.

Treuer populates the lodge and reservation with characters who coexist uneasily, in an incompatible mix of patrician aloofness and working-class earthiness. Emma’s husband embodies the former. A Princeton graduate, he is withdrawn from his wife and disappointed with his son. At the other end of the spectrum is Felix, an Ojibwa combat veteran of World War I who lost his wife and newborn child to the influenza outbreak of 1918. Felix serves as Frankie’s surrogate father during these summer retreats. When Emma reminiscences about old times at the Pines, she thinks, “Every boy should have an Indian to play with.” Now Frankie is 21, a graduate of Princeton and in flight school for immediate deployment to Europe.

In Treuer’s skillful, multi-vocal telling, neither love nor death appears sensational or simple.

This static world of stunted emotions jolts to life when the male members of the community initiate a search for the missing German prisoner. Jonathan declines to join the hunt, electing instead to send Felix—because he’s an Indian and “some races are better at some things than others.” In the ensuing pursuit, Frankie and his friend Billy are separated from the others. Finding themselves alone in a forest clearing, they unexpectedly embrace and kiss, completely blindsiding the reader and the other members of their party, who burst into the clearing at just that moment. As Frankie frantically breaks the embrace, he and his fellow searchers hear a rustling in the underbrush behind them. Thinking it is the escapee, someone fires blindly toward the sound, killing one of two young runaway Ojibwa girls hiding in the nearby brush. Guilt over the closeted love affair becomes forever wedded to remorse over the death of this innocent. For the rest of the novel, shame haunts Felix, Billy, and Frankie in the form of Prudence, the slain girl’s surviving older sister.

For all of the novel’s craftsmanship—especially its ability to convey the emotional chasms between people and the opacity of their motivations—the novel’s characters can feel uneven. Some readers, for example, will find Frankie a bit flat; retroactively, his sexual preference seems too easily explained by a smothering mother and a distant father. Billy is similarly marred by a certain impenetrability that reduces his character to a frustrating blank. We never get inside his infatuation with Frankie or his later marriage to a local girl.

Yet if Frankie and Billy are somewhat underdeveloped, perhaps it is because Treuer is more interested in Felix and Prudence, who are provided much more complex voices and narrative points of view. The book’s final chapter, in fact, is given over to Prudence’s epistolary conversation with the unborn child in her womb. Prudence explains to her daughter—in a cascading, unpunctuated interior monologue—“what it is to live in the world.” It is, simply, “an awful thing.”

At the novel’s end, it is Felix who must shoulder the burden of keeping so much secret for so long. In this way, he emerges as the strongest figure in the desolate inter-war landscape Treuer has fashioned. Felix perseveres where the others fail because his love takes the form of claiming his past and affirming his responsibility for his Ojibwa kin, whom he has lived alongside for two decades of silent detachment. Neither parable nor manifesto, Prudence is at its best when it simply bears witness to death and longing.