Love Story
Romeo and Juliet, War and Peace, Wuthering Heights, Portrait of a Lady, Death in Venice: love stories—sublime, tormented, star-crossed or otherwise—are the bread and butter of the Western literary ... 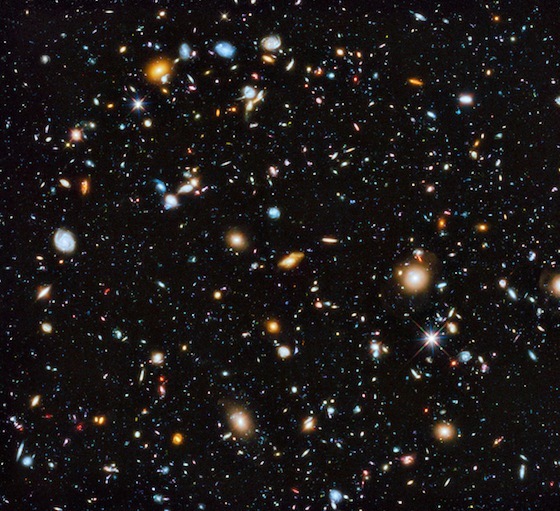 Romeo and Juliet, War and Peace, Wuthering Heights, Portrait of a Lady, Death in Venice: love stories—sublime, tormented, star-crossed or otherwise—are the bread and butter of the Western literary canon. Yet while still a thematic staple of high school English courses and comparative literature curricula, love rarely makes the pages of the New York Times’s 10 best of the year. As theoretically suspect as gender essentialism and as scientifically dubious as flat-earth theory, this most sublime and most ridiculous of emotions has, for some time now, been relegated to the purview of romance novels and daytime television.

There are notable exceptions to this rule, of course: Penelope Fitzgerald’s brilliant, elliptical The Blue Flower (1995), A. S. Byatt’s Possession (1990), and Saul Bellow’s More Die of Heartbreak (1987) come to mind. Yet even those authors brave enough to broach the subject seem wary of matching their protagonist’s emotional zeal heartbeat for heartbeat, favoring narrational irony over authorial fervor. Not, in fact, since Oscar and Lucinda (1988)—Peter Carey’s tall tale of a criminal gambit turned true romance—has the literary world delivered a novel that not only takes love as its subject, but also shares in love’s grandiosities and delusions.

For this reason, there is something striking about the sincerity with which Michel Faber’s most recent novel, The Book of Strange New Things, approaches love, not least because the love in question is the reciprocal, institutionalized, married kind—the kind of love that literary fiction has taken it upon itself to slash and burn. Ten years in the writing, Faber’s third novel tells the story of Peter Leigh, a Christian minister employed by a rather mysterious multinational corporation called USIC, which has established a base on the distant planet “Oasis.” Yet the enterprise intended to spread his faith to an alien species becomes, instead, a test of that faith—and of the strength of his love for his wife and partner in proselytizing, Bea.

If this seems sentimental or trite, this may be precisely the point. As Peter himself announces, “most true things are kind of corny, don’t you think? … The only purpose of linguistic dressing-up is so that people won’t look at the contents of our naked hearts and minds and say ‘How naff.’” Faber’s willingness to flirt with naffness has been the hallmark of his novelistic career. An old hand at transfiguring genre clichés into vehicles for profound and moving meditations, Faber is best known for 2002’s The Crimson Petal and the White, a surrealist reimagining of the Dickensian melodrama, and 2000’s Under the Skin, an unexpectedly metaphysical sci-fi horror. With The Book of Strange New Things, Faber takes on the challenge not just of an unprestigious genre (speculative fiction) but of what have become relatively unprestigious themes: love; faith; and what it means to be human.

As the story opens, we witness Peter’s emotional farewell to his wife at Heathrow, where he will depart for the US before embarking on the longer, intergalactic journey in a state of hypersleep. “Perfectly united in purpose,” Peter and Bea make an impressive tag team, and while a fumbled final act of love making on the way to the airport hits a minor note, the reader, attuned to expect external conflict, anticipates technological failure, resistant natives, unanticipated physical hardship—not a broken marriage and questioned faith. But The Book of Strange New Things is not that kind of novel. Oasis, we discover, is a planet more akin to the land of the Lotus Eaters than to Star Wars’ hostile Death Star. Despite the physical strangeness of the Oasans, whose faces resemble “a placenta with two fetuses … nestled head to head, knee to knee”—they are sweet-natured, kindly, and keenly receptive to the word of God, hailing Peter as their teacher and begging for copies of the Bible.

The novel’s eloquent evocations of the Oasan climate perpetuate the planet’s aura of almost voluptuous ease. Expecting a lethal, oxygenless vacuum, Peter is surprised to find himself enveloped in “a moist, warm breeze, a swirling balm that felt like steam except that it didn’t make his throat catch,” and drinking water that “taste[s] ever-so-slightly of honeydew melon.” Its deliberate pace and lucid prose mirroring the eerie, seductive calm of Oasis itself, The Book of Strange New Things fills the reader with a kind of existential suspense that arises in large part out of our creeping conviction that things are simply going too well.

Avoiding easy drama, Faber takes the burden off the strange new things that might animate a lesser novel and turns our attention to the all-too-familiar things of human life: love and its vicissitudes. With their only means of communication a kind of intergalactic postal service called the “shoot,” our central couple, Peter and Bea, begin to grow apart. Keying into a long epistolary tradition in which perspectival disparities fester uncontained by any overarching narrational voice, Faber ensures that the couple’s dispatches from distant planets never quite piece together to form anything resembling a conversation.

Love for all mankind veers perilously close to indifference to all mankind.

Indeed, the messages Peter receives from his wife are as remote from his experience emotionally as they are spatially. “I love you and hope you are well but I must start this letter with some very bad news,” runs one of Bea’s early letters, and “bad news” it is: tidal waves in the Maldives; almost all lives lost. For Peter, still high on his first evangelical encounter, finding this letter feels like “running toward an open doorway in a state of high enthusiasm and colliding with a pane of glass,” and these collisions proliferate. Later letters report looting and protest, earthquakes and massacres, and the failure, first, of large private corporations like Tesco’s, and, finally, of public institutions like hospitals, TV networks, and council services. Yet Bea’s increasingly hysterical accounts of the disasters that grip the couple’s home planet fail to penetrate Peter’s hermetically sealed world. They are entries in an all-too-literal book of strange new things that Peter can barely read, let alone fully absorb.

The power of Faber’s novel lies in the fact that while the futuristic setting tends to the fantastical, its allegorical register delivers the oldest story in the book: a man working, a woman suffering; a man seduced by escapist fantasies of “transcendence,” a woman with child. As their emotional planets slide slowly out of orbit, Peter and Bea testify to the fragility of even the most seemingly unbreakable romantic bond. Peter’s mournful apology to Bea, early on in the novel, for his failed sexual performance—“The angle, the unfamiliar angle made me …”—begins to resonate throughout the pages that follow: everything, it seems, depends on “angles” of approach, angles of desire, angles of perception. But if Peter’s allegiance to human love wavers, the book’s own allegiances are unshakable. Subtly but insistently widening the gap between its narrator’s and its protagonist’s points of view, the novel casts Peter’s choice of religious vocation over mortal love as a kind of false consciousness in which a complex, fallen world is forsaken in favor of a readily salvageable fantasy-verse. Love for all mankind, that is, veers perilously close to indifference to all mankind, a detachment that, as one of Peter’s USIC colleagues puts it, risks “the slow, insidious … disposal of everything.” In this sense, the novel’s commentary on the relationship between sacred and profane love comes down heavily in favor of the latter.

Yet if the book’s take on the evangelical enterprise is ultimately a cynical one, its resolution, in which Peter decides to return to earth, recasts faith as one of love’s necessary conditions. Like many of the great literary classics, from Jane Eyre to The End of the Affair, The Book of Strange New Things braids love and faith together, and the novel’s closing sentence transliterates the gospel of Matthew into the language of romance: “I am with you always, even unto the end of the world. Amen.”

The Book of Strange New Things