B-Sides: Lucy R. Lippard’s “I See/You Mean”
“Few libraries list it among their holdings, and sometimes I have wondered if the book in my possession actually exists.” 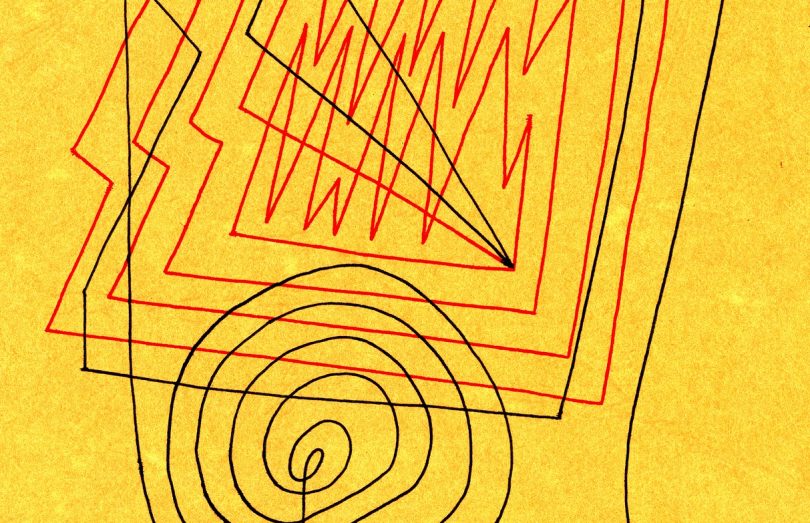 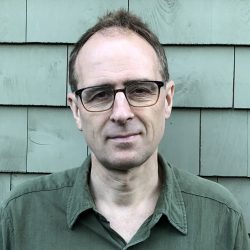 Lucy Lippard’s 1979 novel I See/You Mean opens with the description of a photograph depicting five young people standing knee-deep in seawater on a beach. Their hair colors, facial and bodily features, postures, and the bathing suits they are wearing are described in detail. Three of them are women, two are men. A third man, we surmise, has snapped the image, but this will be his only purpose and appearance in the work. The photograph is not supplied. Names, sex and gender identities, even personal characteristics, will not have much importance except as terms with which the characters orient themselves and each other. The narrative quickly settles on its four main characters and on the letters A, B, D, and E to designate them. (C and F are apparently socially marginalized by the group and quickly forgotten.) Emotional relations among the characters are presented using color-coded lines, which—like the book’s many absent photographs—are imagined onto the page: red for “erotic antagonism,” “testing,” and “euphoria”; yellow for “warmth” and “affection” combined with “respect” but also “exasperation”; blue for “distance”; green for “symbiotic” bonds that exceed mere friendship.

Lippard’s novel was written in two bursts of activity, in 1970 and 1972, and published by the feminist press Chrysalis Books seven years later. The only novel Lippard has published, I See/You Mean remains an anomaly in her body of work. When she wrote it, Lippard was already a well-known art critic and curator. As a founding member of the short-lived Art Workers’ Coalition—which between 1969 and 1971 staged multiple protests to attempt to democratize and desegregate the New York art establishment—Lippard had a combative relation to critics from an earlier generation; in 1969, she was a named target of sexist remarks by Clement Greenberg about “lady art critics.”1 She has said that she became a feminist in the process of writing the novel.

But I See/You Mean has been virtually unavailable for decades. In 2013, I happened upon a copy in Printed Matter, the artists’ bookstore then on 10th Avenue that Lippard herself founded in 1976 in Tribeca, before it moved to Chelsea. I have not seen another copy since, nor have I knowingly encountered another reader of the book. Few libraries list it among their holdings, and sometimes I have wondered if the book in my possession actually exists.

The novel is set in New York City against the backdrop of the gender wars of the late 1960s and early ’70s. With the exception of A, a writer, each of the main characters has an unresolved relation to sexual identity. Neither of the two women (A and B), we read on the second page, “is a feminist yet.” Slowly, without being told anything directly (for the book doesn’t have a narrator), we piece together the situation of these four people. A and D are a heterosexual couple in a tempestuous relationship. Both are artists, but D, though a Mao-reading leftist, is casually hostile to feminism. “Not everybody thinks about the Downtrodden Woman every waking moment,” he tells A in one of their many arguments, prompting her response: “Not everybody has to. Only downtrodden women.” E, a gay man, is an actor whose closest friend is B, a tall, dark-haired model; she will later outrage her three friends by marrying a wealthy Greek capitalist (named V) and by retraining as a stockbroker.

Lippard’s rediscovered novel demonstrates the viability of a writing practice in which raising consciousness means not discovering one’s identity but casting it aside.

All the dialogue in the book is transcribed without attribution or commentary. Each chapter is presented as a numbered “Log” followed by letters indicating the primary characters who feature in it. In “Log VII/B (and A),” B tells A that when she was modeling, she “never felt real” but rather “like something whipped up for the occasion, something disposable.” During the conversation, B tries to seduce A, but A reacts angrily: “I don’t expect that crap from a woman.” The adverb “angrily” is mine, for such qualifiers or framings are incompatible with the formal organization of the book, which scrupulously excludes any viewpoint or sentiment that does not originate with a character. Later, B sits in a beauty parlor under a mud mask and tells a woman she doesn’t know that “she has secret sessions in front of the mirror where she makes herself ugly.” Beauty and ugliness are among the many categories of judgment that the book refuses to endorse.

A and D are collaborating on an artistic book. E and B agree privately that the project is “awful” but that A and D “need the confidence” it is going to give them. “Log VI/Everybody” is set during its launch party. One way this chapter extends the novel’s range of desubjectifying techniques is to present the party’s attendees as a list of statistics. Of the New Yorkers, we read, 69 “live below 14th Street,” 18 “on the Upper East Side,” 42 “on the Lower West Side,” 36 “on the Upper West Side,” etc. Verbal exchanges are presented in fragments, as snatches of overheard conversation, but also broken down as percentages: “36% of the women talked more to women than to men”; “14% made an effort to meet specific people it would be advantageous to know”; “47% spoke to former lovers.” The movement of people through the room is described purely visually—as if caught by accident in the lens of a camera.

E is the most sympathetic of the four central characters, but A also finds him the most enigmatic, especially on stage, for when playing parts “he escapes her. He escapes all of them. Parts escape the whole.” As an actor, in other words, E is an embodiment of the book’s deepest conviction: that subjectivity is a performance, even a delusion, with no special claim to representation by artists or writers. A reflects that, like a camera, the sensoria of the book’s fictional characters are nothing but “a medium by which I/you see/mean this book.” This may be the book’s clearest statement of its objectives.

The book’s closest literary forebear is Virginia Woolf’s 1931 The Waves, which deals similarly with the lives of six closely connected friends, avoids narration, and tells the story through the thoughts of its characters, one of whom is implicitly its author. But I See/You Mean is like The Waves reimagined by Sol LeWitt (an early friend of Lippard’s and another founding member of Printed Matter). LeWitt’s works famously arrived in galleries for installation as lists of instructions. So too, as the art historian Julia Bryan-Wilson has observed, Lippard’s color-coded “vectors of emotion” do not narrate emotional relations so much as diagram them.2

We know the book is A’s creation. Nevertheless, A’s consciousness is not a privileged perspective. At several points, A characterizes the work in progress even as we are reading it: “a visual book made of words”—a “perverse and absurd idea”—and a book that is “openly full of holes.” 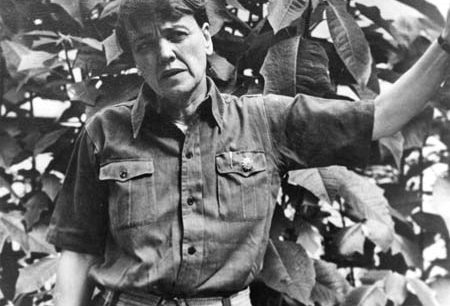 I See/You Mean pioneers a feminist novelistic form that is both completely of its moment and remarkably prescient of our own. Many of its formal decisions have been taken up by later writers. Other innovations—most notably, the refusal of perspective and the evacuation of narrative authority—seem like lost opportunities, paths that could have been taken but were not. Like recent works by novelists such as Chris Kraus, Valeria Luiselli, Ruth Ozeki, and Sally Rooney, I See/You Mean invites us to read it autobiographically. Its methods, though—rigorously excluding a narrator’s perspective in which all threads might be (even provisionally) tied up, and expanding the diegetic frame to include every aspect of the book’s creation—make clear its distance from subject-centered “autofiction.” The book’s recent republication by the Los Angeles press New Documents allows us to consider its formal principles as anticipating, but also as a counterpoint to, current tendencies in women’s writing.

“We have not yet heard enough, if anything, about the female gaze,” says Maggie Nelson in Bluets.3 Lippard’s I See/You Mean is from a headier period when the gaze was considered to be the last refuge of patriarchy and the first casualty of a truly revolutionary literature. It recalls a time when the objectivity of “geometry” or the camera could be mobilized against the “ingratiating” qualities of literary elegance. Most powerful of all, Lippard’s rediscovered novel demonstrates the viability of a writing practice in which raising consciousness means not discovering one’s identity but casting it aside—a writing for what A calls “the clarity of plain visualization.” 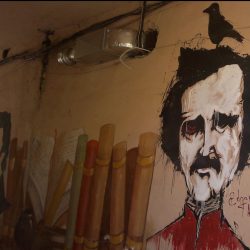 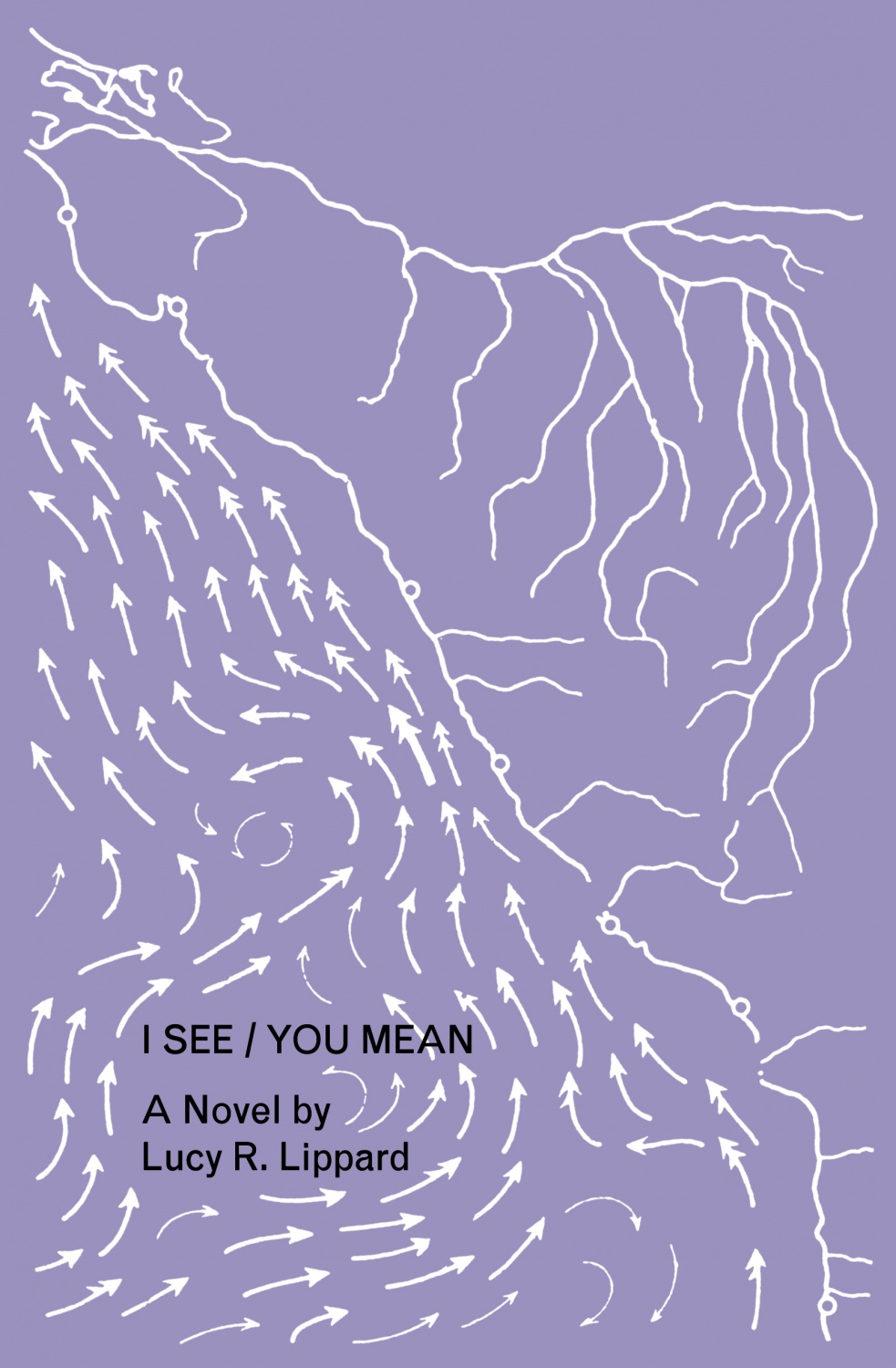