Making Black Lives Matter in Italy: A Transnational Dialogue
“So, dear sister, do you think that Black Italian movements have changed qualitatively in the wake of George Floyd?” 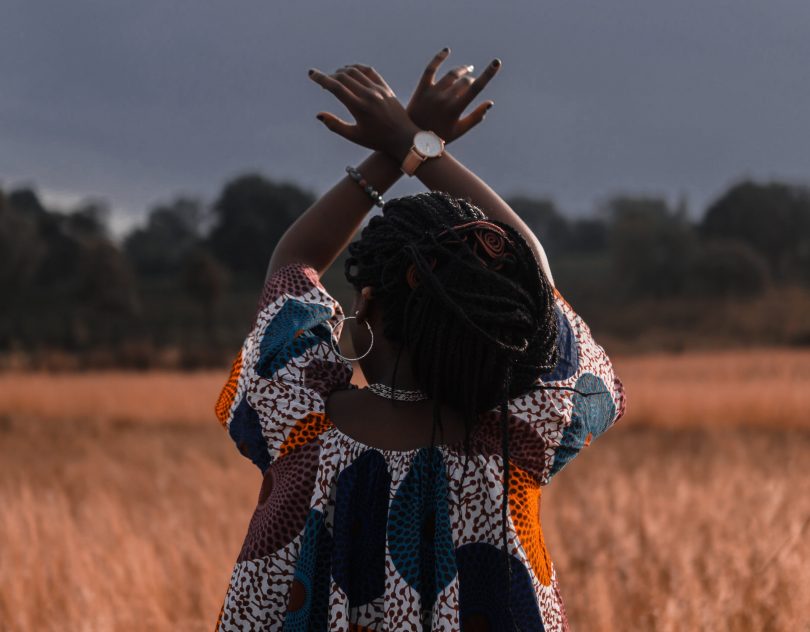 Camilla Hawthorne is a scholar who studies race and Blackness in contemporary Italy. From 2012 to 2019, she conducted ethnographic research on Black Italian mobilizations for recognition and citizenship in Italy—the basis of her forthcoming book with Cornell University Press. As a self-identified “italo-afroamericana” (with Italian citizenship thanks to the same descent-based nationality laws that disenfranchise many of her Black Italian friends and interlocutors) based in the United States, she is interested in the possibilities for and challenges to Black diasporic solidarity, as well as the practices of translation by which diasporic resources circulate transnationally. When a new wave of global Black-liberation uprisings erupted in the wake of George Floyd’s murder, Camilla (who had also become involved in “defund the police” organizing in her home of Santa Cruz, CA) became deeply interested in thinking about how the framework of abolition might travel and be taken up in novel ways by Black antiracist activists in Italy.

Angelica Pesarini is a sociologist working on the intersections among race, identity, and citizenship in Italy. Her research investigates dynamics of race performativity and the negotiations of identity carried out by some Black “mixed-race” Italians who were born in the former Italian colonies in East Africa during the Fascist regime and who migrated to Italy at the end of the 1960s. She felt the urge to conduct research on this topic not only because her family history is bound up in Italy’s colonial invasion of East Africa, but also because she couldn’t find her story in history textbooks. After spending 10 years in the UK, Angelica moved back to Italy in 2017 in order to design and teach “Black Italia,” an NYU Florence course that focuses on the intersectional analysis of racial identity in Italy. Angelica also analyzes the racialization of the current Italian political discourse on immigration and the repercussions of xenophobic and anti-Black discourses in Italian society. Being active in antiracist struggles, Angelica tries to highlight the connections between race and blood at the core of Italian identity, and the impacts of these persisting categories on antiracist discourse.

Camilla and Angelica have known each other for many years. Given their respective academic interests and their personal connections to Italy, they decided to participate in an epistolary exchange discussing the impacts of the Black Lives Matter movement in Italy following the death of George Floyd.

Since the murders of Ahmaud Arbery, Breonna Taylor, Nina Pop, James Scurlock, Tony McDade, and David McAtee, I have been thinking in new ways about global Blackness and diasporic resources. This is the first summer in years that I have not spent in Italy, and my heart ached with longing to see my Black Italian sisters and brothers gathering by the thousands in the piazze of cities across Italy. Black Lives Matter, it seems, has at last arrived in Italy.

But I am nonetheless troubled by the ways this has been represented in dominant media narratives—in the United States, at least. A couple of comrades have forwarded me an article that boldly declared, “Black Women in Italy Weren’t Being Heard. Then Black Lives Matter Protests Began in the United States.” But this headline seemed far too neat (and, in fact, belied the complex stories narrated by actual Black Italian women in the article itself).

What about Elvira Banotti, the Italian-Eritrean journalist who confronted Indro Montanelli on national television in 1969 for raping an underaged Eritrean girl? What about the Black women who have been leading the movement to reform Italian citizenship law for over a decade? Or the 2019 open letter denouncing racist and sexist imagery that had been published in the Corriere della Sera, a letter signed by a collective that explicitly identified themselves as “donne nere”? What about the outpouring of postcolonial literature and nonfiction by Black Italian women?

As a woman who is both Black American and Black Italian, I am tired of the all-too-common refrain that Italy is “behind” and must “catch up” to Black politics in the United States, as though there is only one, linear trajectory by which Black folk can achieve proper political consciousness.

So, how do we think about these deeper histories of Black struggle and mobilization in Italy? How do we understand the connections among geographically disparate Black struggles, while also honoring their historically sedimented differences and divergences? I think that the two of us are uniquely situated to take on these questions. I am the daughter of an Italian and a Black American, and Angelica, your family history is directly entangled with the story of Italian colonialism. Our Italian Blacknesses (because they are multiple, not singular) have been shaped by multiple imperial trajectories, displacements, mobilities, and migrations.

So, dear sister, do you think that Black Italian movements have changed qualitatively in the wake of George Floyd? 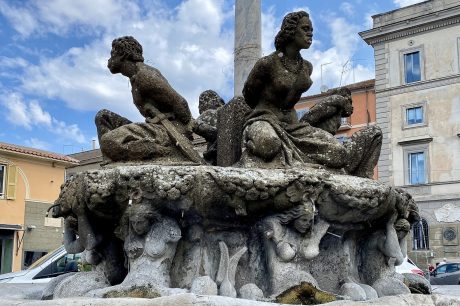 I have to admit that these last few months have been truly intense … our lives literally changed overnight. Do you remember the last time we saw each other? It was six months ago, February 5; we were in New York to talk about Future, an anthology of Italian-language short stories.

Like you said, voices calling for social justice—the ones that are shining a light on institutional racism and demanding equal rights—have been around for a long time. But these voices have frequently clashed with the hegemonic desire to portray Italy as a white country in which racism does not exist.

In the first days of June, thousands of people came out onto the streets in Italy, from Bolzano to Palermo. Despite the COVID-19 emergency, they organized demonstrations against racism with record speed.

However, I could not stop wondering what kind of racism people were mobilizing against, and which Black lives mattered in Italy. I remember contemplating this question on June 2, the day we celebrate the birth of the Italian Republic—which is also the anniversary of Soumaila Sacko’s death. A 29-year-old activist and labor organizer, Sacko was shot and killed in June 2018 while helping other braccianti, agricultural day laborers like him, to build a shack to live in. On June 2, 2020, however, the Italian media was so focused on COVID and George Floyd that almost no one mentioned Sacko.

Fortunately, some of the demonstrations that took place during the first weeks of June took a different stance and foregrounded a different kind of memory. In various piazze, activists read out the names of victims of racism in Italy.

While we could see our allies listening, at an organizational level the situation proved much more complex. Rather than thinking critically about their own positionality, some “allies” sought to put themselves at the center—and, in the process, they ended up silencing the voices of racialized people who were trying to participate in the organization of the demonstrations.

On the one hand, the experience with Black Lives Matter in Italy shed light on the presence of a very young, engaged, and diverse Italy. On the other, it highlighted the inadequacy of a white leftist antiracism that traces its origins to the 1960s. In some cases, the experience has even provoked an outright rejection of concepts like “white privilege” and “race,” seen by some as American imports. Yet even though Italy and the United States undoubtedly have different histories of race and race relations, these concepts remain essential if we want to dismantle structural racism.

“What gives me hope is the way that this moment, and these uprisings, seem to have wrenched open our radical imaginations.”

I have been asked this question many times, especially by comrades in Italy—white and Black alike. And to answer your questions: yes, we are seeing change happening at many different levels.

But beyond these more concrete developments, the broader impact of this movement cannot be understated. Concepts such as police defunding, abolition, and the prison-industrial complex have entered the mainstream vocabulary at an unprecedented scale. What gives me hope is the way that this moment, and these uprisings, seem to have wrenched open our radical imaginations, which for so long have been profoundly circumscribed by the “there is no alternative” dogma of neoliberal racial capitalism.

There are a lot of ways that my experiences with political organizing in Italy have given me tools to navigate political organizing in my new home of Santa Cruz, CA. Surprisingly, there are some striking similarities across these two political landscapes—a small, invisibilized Black population, for instance, and a white population that stubbornly sees itself as progressive and antiracist while simultaneously being complicit in the reproduction of all sorts of everyday and structural racisms. And many of the challenges are similar—for instance, a tendency to whitewash history and erase colonialism or racial violence, or the externalization of racism as something that happens in other cities (or countries), but not “here.” In fact, this is precisely the logic that is used to undercut antiracism movements in Italy: that racism is a uniquely American problem (as if Italian history were not entangled with colonialism, racial ideologies, racist violence, and structural anti-Blackness since the Risorgimento).

Overall, the Black Lives Matter movement in the United States has focused on policing, prisons, and the criminal-justice system, using the notion of a “prison-industrial complex” as a way to untangle the knot of structural anti-Blackness. What do you see as the focus of these reinvigorated Black Italian struggles? 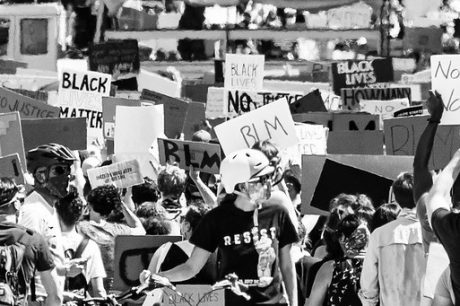 Defund the Police and Refund the Communities

In Italy, as you know, a key issue is the country’s citizenship law, which is based on the right of blood (“jus sanguinis”). The law dictates that an individual is Italian not because they were born in Italy, but rather because they have Italian blood running through their veins. This is a sore spot that has caused a great deal of pain and harm on multiple fronts, for those who do not have “the right blood.” While this fight has never been abandoned by the many activist groups who have been working on citizenship reform, it had been effectively buried by most of the Italian political forces.

The visibility of the Black Lives Matter movement helped to revitalize this struggle. Today, the demand for a reform of Italian citizenship law has returned in even greater force, and I hope that this time we can achieve some significant goals.

I believe, however, that it is important not to separate this struggle from the question of immigration. When we say “Black Lives Matter” in Italy, we cannot only be thinking about those who were born in this country, or who arrived as “documented” immigrants. We have to remember the lives of those crossing the Mediterranean—or those kept in deportation centers, due to lacking the “right” passport. And often, not even this is enough.

It is deeply unsettling to wonder what would have happened, on that day in February 2018 in Macerata, if I, a Black Italian, had accidentally crossed paths with Luca Traini during his murderous rampage against Black people. Would I still be here today, writing these words? And what if I had been the one on the Amerigo Vespucci bridge, instead of Idy Diene? Whether one was born in Rome or Dakar, racist violence affects us and our loved ones in one way or another.

Nonetheless, this is a struggle that must unite all of us, and it is only through the creation of robust and durable alliances that we can ever hope to unearth the hidden roots of power and dismantle the systems of structural oppression that have grown from them.

This article was originally published in Italian, by Jacobin Italia. It has been translated by the authors and edited for length.

An earlier version of this article misstated the last year of the ethnographic research conducted by Camilla Hawthorne in Italy as 2018, and neglected to specify that the citizenship she holds thanks to descent-based nationality laws is Italian citizenship. 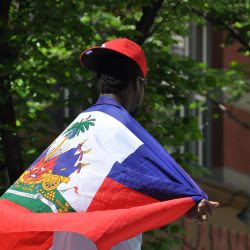