Martin Luther King Jr. and the Grassroots Struggle in Memphis
People from around the world will set their sights on Memphis, Tennessee ... 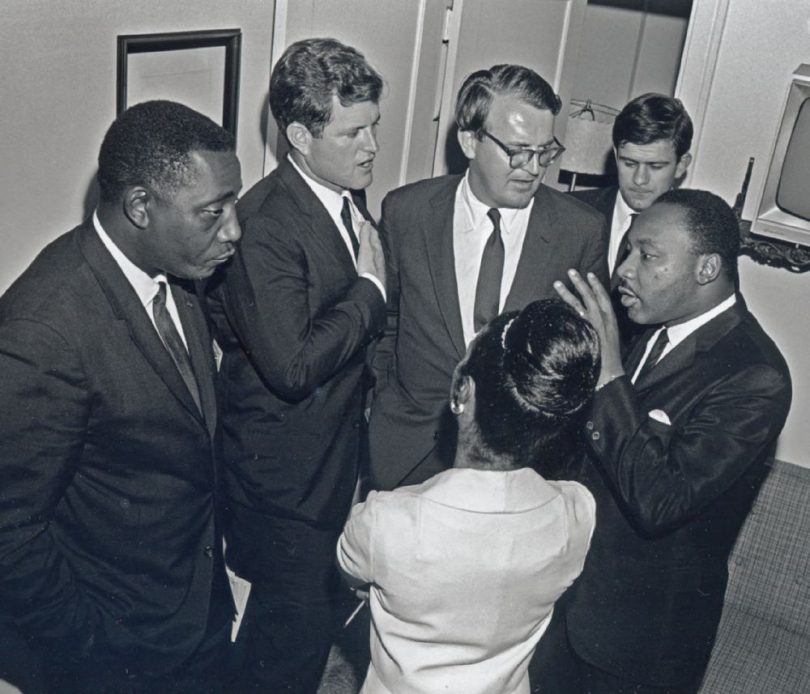 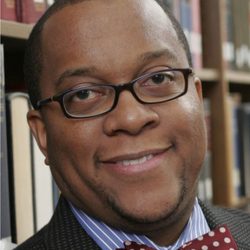 People from around the world will set their sights on Memphis, Tennessee, as the nation commemorates the 50th anniversary of Martin Luther King Jr.’s death. From Birmingham to Beijing, curious individuals will descend on the town, visit the National Civil Rights Museum—located at the former Lorraine Hotel—retrace his last steps, reflect on his legacy, and ponder what might have been if James Earl Ray had not taken his life. Drive through the city of Memphis now, and you will pass billboards and murals paying tribute to the fallen icon.

City officials have created a host of events and celebrations focusing on the heroism of the city’s sanitation workers, while carefully avoiding any substantive rumination on the grinding poverty that continues to dog the city. In a cruel bit of irony, the city’s sanitation trucks are emblazoned with the world-famous slogan that came to define their historic confrontation with their oppressors: “I AM A MAN.” Whereas Atlanta was King’s birthplace, Memphis is where he died. The city struggles with the weight of this reality, and has done so every day since King’s murder. For many, this struggle boils the city’s rich civil rights narrative down to that bloody encounter one evening 50 years ago.

When we reduce King’s relationship with “The Bluff City” down to this final, fatal encounter, we engage in a multifaceted erasure. First, we erase the long struggle for greater freedom waged by Black folks from the dawn of Emancipation down to now. Black Memphians fashioned a prodigious array of tactics to confront white supremacy in almost every area of human endeavor. The second erasure is intimately tied to the first; by focusing exclusively on his assassination, we erase King’s rich relationship with Memphis—a relationship that spanned several major campaigns in the city, shaping not only Memphis, but also the national civil rights landscape.

In our new volume, An Unseen Light: Black Struggles for Freedom in Memphis, Tennessee, my coeditor Aram Goudsouzian and I sought to reaffirm the long struggle for greater freedom waged by Black folks in the city. We also sought to place King’s multiple interactions with that struggle in a proper historical context. Several essays in the volume point the way toward this endeavor.

As Black folks in Memphis sought to create a new world, they played a role in King’s political evolution.

In 1959, activists in Memphis participated in what scholar Elizabeth Gritter in An Unseen Light called “an unprecedented effort” to elect four Black men to citywide offices. Called the “Volunteer Ticket,” the group represented the most potent frontal assault on the city’s all-white political leadership in the first half of the 20th century. It was also the largest voter registration effort in the South during the late 1950s. This massive grassroots effort dramatically increased the percentage of the Black voters in the city. In 1955, Black voters represented a fourth of the electorate. By Election Day in 1959, they were a third of the electorate.

Black Republicans, represented by the Lincoln League, and Black Democrats, represented by the new Shelby County Democratic Club, created a bipartisan ticket. The coalition hosted a series of mass rallies, designed to energize a newly empowered Black electorate. At the largest mass rally, King addressed a crowd of 5,000 Black Memphians, encouraging them to vote in a bloc for all of the candidates.

King’s appearance supercharged the momentum for the Volunteer Ticket, and increased the movement’s national media attention. Black precincts across the city turned out in record numbers to vote for the four Black candidates on Election Day. However, despite record turnout in Black communities, each of the Black candidates came in second. Russell Sugarmon, one of the candidates, declared, “We won everything, but the election.” He was right. On the eve of the sit-ins, the tactic that would bring the nascent civil rights movement into a dramatic new phase, Black Memphis recognized the central nature of electoral politics in the push for greater freedom.

During his brief interaction with The Bluff City in 1959, King witnessed a Black community in the process of reshaping its relationship to white power. Black folks in Memphis understood that electoral politics represented just one of the tools to be used in the calculus of liberation. Conversely, Black Memphians also understood something about King that he had yet to fully resolve for himself: to them, he symbolized the rapid expansion of the political arena and the marriage between electoral politics and mass-based protest. Furthermore, he represented a future that would explode across the South in the early months of 1960 in Memphis and other cities. As Black folks in Memphis sought to create a new world, they played a role in King’s political evolution.

Aram Goudsouzian’s essay on the 1966 March Against Fear is a powerful reminder of how Memphis anchored this march—the last major march of the Civil Rights era—and how King played a pivotal role during its early days. The march, which was started by James Meredith, became a national flashpoint when he was shot during his second day in Mississippi. Spurred by this attack, the heads of all the major civil rights organizations converged in Memphis to continue the march. As Goudsouzian reminds us, the march occurred at a moment of “great transition with the black freedom struggle” and brought together “civil rights leaders and activists of disparate ideologies, uniting them for three weeks over the shared goals of black freedom.” These disparate and increasingly conflicting ideologies were evident in Memphis and amplified by the presence of national leadership.

The dominant narrative of this moment portrays King on the constant ideological and tactical defensive, seeking to navigate the powerful phrase “Black power,” uttered by Stokely Carmichael during the March Against Fear. Goudsouzian reminds us that, contrary to this view, King both shaped and was shaped by the trajectory of the march. In the first mass meeting after Meredith’s shooting, national leaders attempted to mold the tenor of the march. In his comments, King charts a forceful middle path between the interracial legislative advocacy of Roy Wilkins of the NAACP and Whitney Young of the National Urban League, and the militant skepticism expressed by Floyd McKissick of CORE and Stokely Carmichael of SNCC.

King readily acknowledged that freedom had not arrived to Black America yet, even in spite of the legislative gains made by 1966. He also voiced his frustration with the slow pace of change in American society. “Freedom is not some lavish dish that the white man will pass out on a silver platter while the Negro merely furnished the appetite,” he warned. Freedom would not come without suffering and sacrifice—this was the reality of our history. But the frustration and despair did not obscure the fact that, in King’s mind, the road to freedom lay in mass-based, nonviolent protest. “I am still convinced that there is nothing so powerful to dramatize an injustice than the tramp, tramp, tramp of marching feet.”

During the March Against Fear, Memphis became the epicenter of the movement. While in the city, King navigated both the seismic shifts and the enduring realities that would converge to shape the next phase of the freedom struggle: the growing tide of Black nationalism, a deteriorating relationship with white liberals, organizational conflict, a stalled civil rights legislative agenda, a hostile media, a questioning of the viability of nonviolence, the intractability of white racism, as well as state surveillance and suppression. In each of these areas, King sought to chart a path guided by his understanding of the dynamic relationship between love, power, and justice.

When we reduce King’s relationship with “The Bluff City” down to this final, fatal encounter, we engage in a multifaceted erasure.

Memphis finds itself an epicenter of movement activity once again. Sadly, were he alive today, King would recognize many of the structural obstacles that continue to undermine the lives of Black folks in the city, including the ongoing problem of police brutality and a poverty rate among Black Memphians that’s been virtually unchanged since 1968. He would recognize the policy choices of a president and federal bureaucracy that are openly hostile to the material well-being of Black people.

He certainly would recognize the persistence of segregation and the shadow it casts over every aspect of life—from birth to death—for Black Memphians, as well as the appalling disparities between schools populated by white students and those populated by Black students. He would recognize the tortured inertia of religious and political moderates. Finally, as someone who spent the last 13 years of his life labeled a “security risk,” he would recognize heightened levels of surveillance perpetrated against activists and organizations—done this time around in the name of “homeland security.”

However, King would also be encouraged by the slow, steady growth of grassroots organizations armed with a formidable structural analysis, which are confronting a host of issues. He would also see the proliferation of critical spaces across the city, where people engage in the necessary debates and dialogues related to substantive social change. He would be buoyed by the rise of a new generation of young politicians that are no longer satisfied with political mediocrity masked as engagement and concern. He would view Black Lives Matter in Memphis as a crucial partner in the ongoing struggle to affirm Black humanity and implement policy choices in support of this affirmation. Mass marches in defense of Black life, protecting undocumented immigrants, and the need to pay workers a living wage make it evident that in the 50 years following King’s last campaign, Memphis is still a willing participant in what he once called “the long and bitter, but beautiful struggle for a new world.”