McDreamy Is Dead
It’s been a fatal few seasons to be the primary love interest to an ambitious woman on television. Last year, The Good Wife killed Will Gardner, and the Internet refused to stop talking about it for ...

It’s been a fatal few seasons to be the primary love interest to an ambitious woman on television. Last year, The Good Wife killed Will Gardner, and the Internet refused to stop talking about it for weeks. The death of Derek Shepherd on Grey’s Anatomy, by contrast, has barely been mentioned in the critical-recapping genre that dominates online conversations about television. This curious silence reflects, of course, the consensus that The Good Wife is the Best Show on Television, while Grey’s Anatomy stopped being relevant a decade ago. Nevertheless, the protagonists of both shows are more alike than different: they’re both successful, intelligent, affluent, educated white women, the very embodiment of corporate Lean In feminism.

The Good Wife has more gravitas, Grey’s Anatomy better politics. Think of them as siblings rebelling against their frivolous parent Ally McBeal, another show whose male lead dropped dead. Alicia Florrick is the focused older sister who has an uncanny instinct for the best behavior in every situation. Meredith Grey is the entertaining younger one who does everything wrong and endures gobs of messy emotion that her more measured sister can never understand.

Both women have problems, to be sure, but only dramatic problems: they’re allowed no ordinary anxieties like debt or eating disorders or addictions. They get, instead, dead lovers and plane crashes and drug dealers and murderers. Both have high-octane jobs at which they are exemplary, even exceptional. Both are, to quote Meredith Grey, “dark and twisty,” but not so dark or so twisty that they stop functioning. They face their troubles with wry grins and great skin. Both are, in short, aspirational: the difference lies in the women that aspire to be them. Women who see themselves in Alicia Florrick refuse, in a peculiar bit of cultural snobbery, to acknowledge that Meredith Grey, with all her melodramatic tragedy, even exists. And yet, and yet, they both end up in exactly in same place. Alone.

In a statement released shortly after McDreamy’s death, Shonda Rhimes writes that she hopes his relationship with Meredith would “become a meaningful example … of what young women should demand from modern love.” (Grey’s Anatomy is a show for people who believe that there is such a thing as “modern love.”) This, then, is what young women should expect from love: spinsterhood.

And so the question becomes, what does one do with that spinsterhood?

One possible answer to that question might lie in Kate Bolick’s Spinster: Making a Life of One’s Own. Reviews, however, suggest that while it might help Meredith Grey move on from McDreamy, it is less likely to be useful to someone as awash in mundane misery as me. It’s a book, according to Vivan Gornick, Laura Kipnis, and Heather Havrilesky, about women who are too zany, too complex, and too hot for any one man to handle. They have too much plot. I do not. I have small, vague problems, like frequently binge-watching Grey’s Anatomy at 3:00 a.m. while eating a bucket of ice cream.

I found my answer on a gray morning after one such desperate night, when Jessa Crispin’s The Dead Ladies Project arrived in my mailbox. I read it that day, and then the next day I read it again. (In full disclosure, I know Jessa Crispin slightly. I wrote a short-lived column for Bookslut, her online magazine, a few years ago.) The Dead Ladies Project is a travelogue, a literary biography, and a memoir; it chronicles Crispin’s life and thoughts as she sublets her way across Europe meeting literary ghosts. It proved to me, yet again, that reading is all about timing. Sometimes a good book becomes a great book simply because it is the right book—and this book made me want to pack my bags and empty my shelves and fly to South America. I relate to Jessa Crispin, in the way that I imagine others relate to Meredith Grey or Alicia Florrick, in the way that makes it irrelevant that I have neither the resources nor the ability to emulate her adventure. Relating to someone and aspiring to be her are twin phenomena: they are as much about desire as about recognition. I want, more than anything, to be this intrepid literary gypsy, and I imagine (however falsely) that this is the solution to my dreary, slutty spinsterhood. 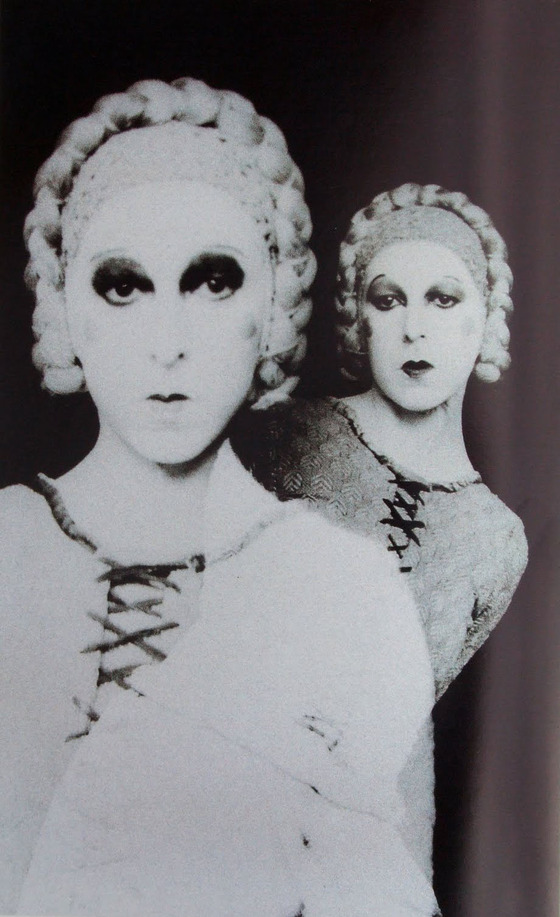 The Dead Ladies Project is part of a long literary tradition of single ladies having adventures. As a genre, it has had to contend with the collective energies of late capitalism (which tries to convert all adventure into tourism), patriarchy (which tries to make all single women into threatening and/or pathetic monsters), and publishing (which tries to repackage and flatten all women who write into “women writers”). It does, on the whole, remarkably well, perhaps because it’s written by insightful people who have resisted, for an entire century, the call to cynicism. It’s easy, these days, to be jaded about human relationships, to believe that they have been fabricated and marketed and focus-grouped into torpor and that no one remains capable of an authentic emotion. Jessa Crispin, like so many writers before her, flatly refuses to believe that. She insists on the fleeting, transcendental passion, the abjection of unrequited longing, the thrill and terror of waking up in an alien city. She insists, further, that a woman can revel in all that tumult.

Some sections of The Dead Ladies Project resonate with me more deeply than others. Some places interest me more than others (St. Petersburg!); some writers seem more fascinating than others (Claude Cahun!). Sometimes it’s just the familiar joy of another person enjoying a beloved book, such as when Crispin wanders around Sarajevo rereading Rebecca West’s Black Lamb and Grey Falcon, a book so magisterial that it is forgiven all its considerable flaws. There are, as in any such enterprise, slippages that seem like oversights to me: why didn’t she go meet Mavis Gallant in Paris? But my favorite chapter of all, the one I think about most, is about a writer I’ve never read in a city I dislike: Jean Rhys in London. I think this is because it’s the chapter in which Crispin tackles the question that is the beating heart of feminism: how can a woman be fierce without being feral?

I don’t know that there’s any normative answer to that question, and Crispin certainly doesn’t provide one. But she does say something so obvious it’s difficult to explain the courage it requires to state it: that feminism doesn’t imply eternal solidarity. That women hurt, neglect, and betray other women, and that there’s no Magic Circle of Friends that will rescue you from you. To be alone is to be self-reliant. Female friendship is popular culture’s answer to the long and slow decay of the traditional contract between the sexes, and it is, as a norm, equally fraudulent. Some friendships, like some couples, are fabulous. Others are toxic. Spinsterhood isn’t about replacing the men in your life with women; it’s about finding a new approach to all the people in your life and accepting that you are always, and only, your problem. And that your problems, grim and enigmatic as they are, can occasionally be forgotten by reading the right book or, even more rarely, lost entirely within small snatches of the just-right poem:

But a girl can dream, can realize, high
on heroines, that she is mortal
and therefore fearless; that sanity
supplies the ground bass to the wildest singing,
that breezes made visible make the finest winds.
— “Short Ode to Screwball Women” by Rachel Wetzsteon, from Sakura Park.