Michael Nyman At 70
When asked to name a “minimalist” composer, most would say Philip Glass. Steve Reich, John Adams, and Terry Riley resonate with those a bit more familiar with classical music. Yet few know that it ... 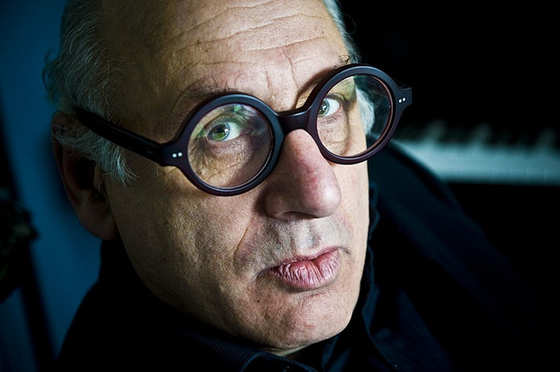 When asked to name a “minimalist” composer, most would say Philip Glass. Steve Reich, John Adams, and Terry Riley resonate with those a bit more familiar with classical music. Yet few know that it was the English composer Michael Nyman who coined the term in a 1968 piece he wrote while working as a music critic and whose compositions also fit that label. Even after a career spanning over 40 years, Nyman remains inconceivably relegated to the shadows of critical and popular attention. But as March 23 marked his 70th birthday, a series of concerts around the world are giving audiences a chance to hear this artist whose vast breadth of work and conviction never to sacrifice his integrity deserve greater recognition.

It is in some ways unfortunate that the majority of Nyman’s fans know him only as the writer of the score for Jane Campion’s 1993 film The Piano. I say “unfortunately” because while that multi-platinum soundtrack’s plaintive melodies that soar over a rich, undulating foundation still draw me to my own piano, “The Heart Asks Pleasure First” does not singularly or even best represent that sound which is unmistakably his. And more importantly, this score is just one composition among many. Nyman’s works include operas on topics as far ranging as neurological case studies (The Man Who Mistook His Wife for a Hat) to art criticism (Facing Goya), song cycles with text by poets Paul Celan and Pietro Aretino, string quartets containing passages inspired by Nyman’s extensive research into Romanian folk music, an ongoing project of ten symphonies, and multiple collaborations with Indian musicians, to name just a few.

Throughout The Piano, we hear only hints of Nyman’s deliciously brash and jubilant style that evokes baroque composers and Mozart as much as it does the Beatles and Jerry Lee Lewis. And while his delicate andsomber piano compositions are as much his as any other, it is the sheer driving force behind the more energetic and large-scale pieces, the result of his attention to rhythm and repetition, that epitomize his work. Often supported by the relentless pulse of a repeating chord, these pieces push saxophones and trombones in particular nearly to the breaking point, wavering delicately on the line between unrefined and transcendent.

“Memorial,” a searing work which Nyman regards as one of his most accomplished pieces, exemplifies the ideal of his technique and personality. Written in the mid-1980s, the piece is dedicated to the F. C. Juventus fans killed at Heysel Stadium during a 1985 match against Liverpool. Nyman, who often employs the orthodox practice of quoting works by other composers (for which he receives completely undeserved criticism), here utilizes Henry Purcell’s “What Power Art Thou” to considerable effect. The gradual layering of instruments over the course of this 12-minute marche funèbre culminates in the addition of an almost strident soprano line, another characteristic sound in Nyman’s oeuvre. This voice, singing wordless lamentations, pierces through an already overwhelming wall of sound and creates a tension that keeps the listener viscerally connected to the piece until its final note.

When the director Peter Greenaway, many of whose films Nyman has scored, described what music he desired for the final act of his 1989 film The Cook, the Thief, His Wife and Her Lover, Nyman offered him the already completed “Memorial.” Greenaway’s receptiveness to using a composition that exists as a complex piece in its own right was typical for their collaborations.  Rather than compose the intellectually empty film music Nyman sees as the norm in cinema today (with the exception, he says, of Philip Glass’s work), he was given free reign by Greenaway to compose as he wished. Thus, the resulting scores are not truly beholden to the films at all, which is what somewhat paradoxically makes The Cook, as well as Greenaway’s other films scored by Nyman—Drowning by Numbers, The Draughtsman’s Contract, A Zed & Two Noughts, and Prospero’s Books—inconceivable without Nyman’s music. Unlike John Williams’s manipulative and unoriginal schmaltz, these complex scores thrive even when decoupled from Greenaway’s images, situating Nyman in the company of other “film composers” like Shostakovich and Prokofiev.

That London’s Royal Opera House rejected Nyman’s request for a new commission in 2012 is baffling. A photographer, filmmaker, musicologist, author of Experimental Music: Cage and Beyond, and, one must not forget, performer, Nyman is nothing short of a consummate artist. He found his voice during the 1970s, when experimental and punk music could be heard in the same block, and is still constantly maturing. Maybe one day his critics will do so as well.