Michelle Obama’s Embrace
I told Michelle Obama that I admired Becoming for its courage, honesty, risk taking, and optimism. But my admiration went further, because in her story I had seen myself, and not just in the book’s main character ... 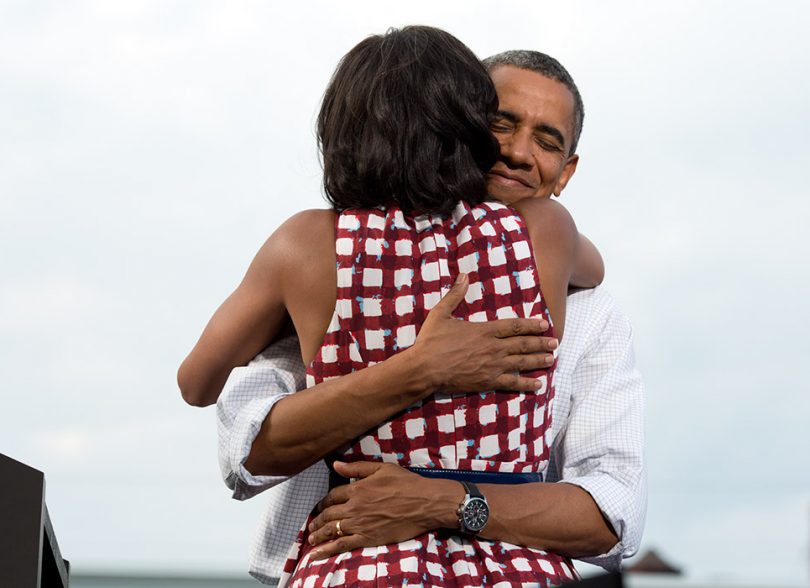 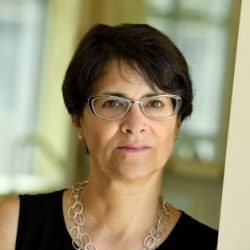 It was my turn to speak and answer an open-ended and inviting question, something like, “What are the things that most struck you about this book?” Now, I am a writer, a historian who spends much of her time answering such questions as posed by students and colleagues, in public and in private. This is to say, the question was a softball. Still, my mind raced. Here was my chance to speak from the heart, and not simply as an academic. Before the day was done, I confessed to Michelle Obama that while I expected to discover many things in her memoir, Becoming, I didn’t expect to find myself.

I was part of a small group of writers that had a chance to talk with Michelle Obama prior to the publication of Becoming. There has been lots written about Mrs. Obama’s point of view as someone who grew up in the embrace of Chicago’s black South Side. My perspective is different—it is about how her book also embraces mixed-race Americans, like me.

The challenge of memoir is to make the particular speak to us all, or at least to some good number of us as readers. The craft demands that one pen a life story, a messy business rife with details borne of chance and particularity, while providing a way in. Whether cuddled up in bed, strapped into an airplane seat, shutting out the din of a public library, wedged into a subway bench, or with toes buried in warm summer sand—as readers, we find our way into a good memoir when we see ourselves in it.

This is a tall order for a figure like Michelle Obama. We come to her newly released memoir thinking we already know a great deal about a woman whose life has been subject to so much scrutiny, whether motivated by admiration, animosity, or an (altogether reasonable) impression of newsworthiness. She has been photographed, interviewed, researched, and even tracked for more than a decade, ever since she set out to become First Lady of the United States. And while occupying that role was never among her personal ambitions, she tells us, once she joined her husband on the campaign trail, Michelle Obama’s life was revealed to us all again and again.

The joy of reading Becoming is in the discovery that there was much we did not know, despite our nearly fixed gaze on the woman who was wife to the first African American president. That she held back shouldn’t surprise us. And that she never had the space or the time to offer up an in-depth narrative of her life, we understand. The demands of her role—coupled with the demands of family, friends, and self-care—along with the derision of those who saw too little that was First Lady–like in her, ensured that Mrs. Obama’s revelations during the White House years were selective, deliberately so.

Even so, before picking up her memoir, many of us could recite the rough contours of the story that stretched from the South Side of Chicago, the Ivy League, and the elite echelons of big law to marriage, motherhood, and the White House, and then worldwide prominence in a role steeped in tradition but defined nowhere in law. What we could not know, what was kept from us, were the struggles and the doubts: an ailing father, professional second thoughts, IVF pregnancies, and a husband’s ambition that early on jeopardized a family’s well-being.

Becoming reveals that it is this—remarkable good fortunes mixed with threatening trouble—that produced the woman we know to be as talented, dynamic, wise, and joy-filled as Michelle Obama. 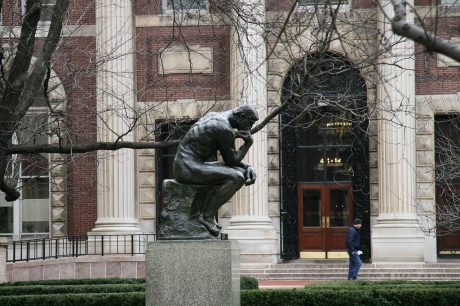 “To Examine Society and Try to Change It”

But I set that aside as I took my turn to speak with her. We had been quietly called together in a small prerelease gathering—writers who are also historians, poets, producers, novelists, lawyers, cultural critics, and entrepreneurs—to explore the nuances of Becoming. I know my voice was shaking as it does sometimes when words and feelings collide in public.

I told Michelle Obama that I admired the book, yes, for its courage, honesty, risk taking, and optimism: an eternal faith in our nation and the world. But my admiration went further, because in her story I had seen myself. Now, our lives have some modest parallels. I loved discovering that Mrs. Obama shared the second thoughts that I felt as an early career lawyer who wasn’t sure she’d yet found her purpose. We’d both move on to find new professions, ones that suited our personalities and still satisfied our commitments to making a difference in the world.

It was, I explained, another character in the book that permitted me to fully enter the story. And that was Mrs. Obama’s husband: a talented and ambitious law student whose family story, indeed whose own identity, did not conform neatly or easily to the categories that instruments like census returns offer. In his story, one about parents who breached a so-called color line when they married, who birthed a son whose so-called mixed-race body would demand introspection and a public accounting of who he “really” was. A young man whose family did not comport with notions such as “nuclear,” or “black,” or even “American.” In this mixed-up state of affairs, I saw myself.

When he emerged onto the public stage, Barack Obama was the most famous avowedly mixed-race person I’d ever encountered. He wore his often maligned “mulatto” status with an earned ease, and honored his family members—white, black, and Asian—as they were. We too were America, he told those of us who had been variously raised with the notion that we were illegal, illegitimate, and never would have a place in the national family.

I didn’t always believe him—I was still on my own journey to self-understanding and acceptance. But I knew he was a beacon, a source of light in a life—my life—in which all too many times I’d been asked, “What are you?,” and rarely out of benign curiosity. When, in 2014, I penned a sort of coming-out essay, one that went viral, titled “Biracial, and also Black,” I had the nation’s 44th president to thank in no small part.

In a young man whose family did not comport with notions such as “nuclear,” or “black,” or even “American,” I saw myself.

Running into Barack Obama in the pages of his wife’s memoir was no surprise, of course. He figures prominently, as we are led to expect by the title of Becoming’s middle section, “Becoming Us.” What I hadn’t anticipated was seeing him through her eyes.

Striking is her honesty—at first she thought his name was “funny”—about how different he was. He is not an easy or obvious character in a story about how black Americans like Michelle Robinson’s family strived for achievement across generations. He began his young black life in Hawaii and Indonesia rather than in a major city, and as a young man exhibited a marked inability to blend easily into Chicago’s black professional, after-work scene. Mrs. Obama’s story swerves, as she puts it, in response to this intriguing person who disrupts the frame of her life. But this is no stock story borrowed from literature’s tales of the “tragic mulatto.” The man who was fated to become Michelle Obama’s husband was no mere outsider at painful, irreconcilable odds with the world and destined for a lonely and unnaturally early end.

Her response, many years ago, during a fateful Chicago summer, to Barack Obama was to embrace him and all his remarkable oddity. He became one with her, the Robinson family, Chicago, black America, and ultimately the nation. And—as I read along—I felt how she embraced me too.

Even today in American literature, it is still too easy as a mixed-race person to see yourself as ill-fitting and even troubled. Figures like us are windows into the bitter illogics of race and racism in America. In Lydia Maria Child’s genre-defining 1842 short story, “The Quadroons,” mixed-race figures were characterized exclusively by pathos. In the 21st century, we come to readers with humor and self-awareness as well as enduring dark tragedy, as masterfully achieved, for instance, in Mat Johnson’s 2015 novel Loving Day, or Danzy Senna’s 2017 New People.

But Michelle Obama doesn’t trade in any of these stereotypes, even new-fangled ones. Instead she transforms them by way of an inclusive embrace. We encounter only clues about how she opened her heart and arms to us. Perhaps this reflects her sense of human decency, born of years spent as the child of hardworking African Americans of Chicago’s South Side who knew all too well what buying into stereotypes might cost. Perhaps it was because even as a schoolgirl she’d been chided for “talking white.” Whatever the origin of Mrs. Obama’s capacity to embrace us all, when she did so she flipped the script by making the awkward character named Barack one part of an American whole. 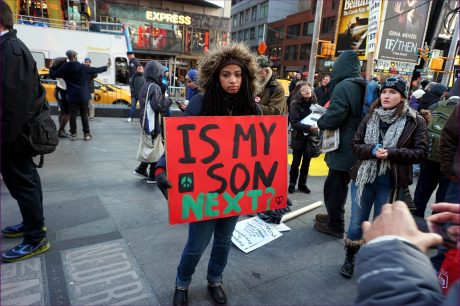 A Tapestry of Black Lives

It’s too easy to read the story backward, to assume that no one would pass on the chance to marry Barack Obama—he was destined to be president, after all. But of course Michelle Obama does not know that when they meet and instead she takes a chance—on him and on all of us like him. Hers is an embrace of love, of acceptance, of understanding, and of self-confidence. Michelle Obama worried a good bit about the professional propriety of dating a young man whom she was assigned to mentor. But she did not wonder long about whether that same young man might be categorically beyond the scope of her life’s plan.

Complex personal histories—of slavery and freedom, of black and white, of marriage and divorce, and of the US and the world—and the identities they produce become one in Mrs. Obama’s story. We need not have come of age on Chicago’s South Side or anyplace like it to be caught up in Michelle’s embrace. And yes, before the day was over, I hugged her back.

This article was commissioned by Sharon Marcus and Ben Platt.

Featured image: The President hugs the First Lady after she had introduced him at a campaign event in Davenport, Iowa, on August 15, 2012. Official White House Photograph by Pete Souza 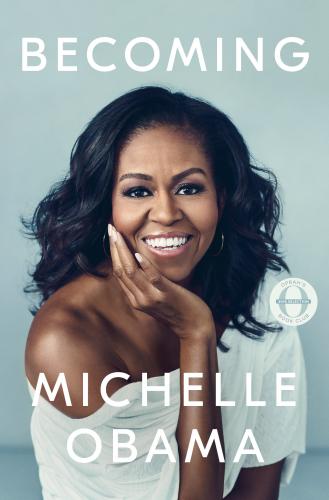