Must We Have Lives?
“Hermione Lee was very kind,” Penelope Fitzgerald once wrote of the woman who would later become her biographer. “Although she clearly thinks I am hopeless about feminism, and says this is the ... 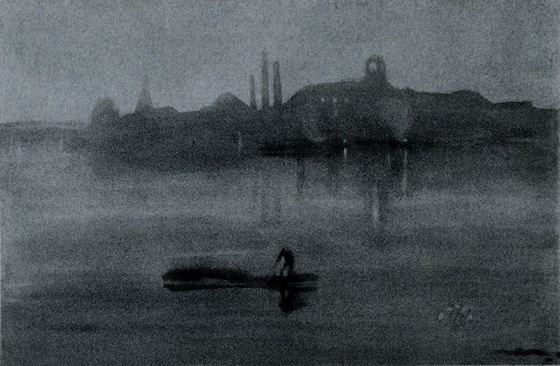 “Hermione Lee was very kind,” Penelope Fitzgerald once wrote of the woman who would later become her biographer. “Although she clearly thinks I am hopeless about feminism, and says this is the generation gap.” This anecdote appears nearly four hundred pages into Lee’s recent biography of Fitzgerald, nestled in a cluster of quotations meant to illustrate how the novelist’s literary colleagues “sometimes filled her with despair,” but it still comes as a delightful revelation. There is more here than just biographical intimacy: the woman whose life we are reading, and the one who has written it so expertly for us, actually knew each other in real life. Lee keeps their professional relationship firmly out of the book until now, demonstrating a self-effacement characteristic of Fitzgerald herself. Even when their acquaintance does come to light, it’s not Lee who discloses it but Fitzgerald, in an odd momentary reversal of biographer and subject.

The generation gap between these two colleagues is partly owing to the unusual shape of Fitzgerald’s writing career, which only got underway in her 60s. She was born in 1916 into two prominent Anglican families, with bishops for grandfathers and great expectations for her success, especially from the eccentric and intellectual Knox tribe on her father’s side. She was subject to careful scholarly grooming: “dipped in ink” from an early age and sent to two much-hated boarding schools in preparation for Somerville College at Oxford, where she went to read English in 1935.

Despite a brilliant undergraduate debut that earned her the nicknames “blonde bombshell” and “penny from heaven,” Fitzgerald found herself in increasingly desperate straits in the decades after graduation. The literary review she launched with her husband, Desmond, folded; her regular BBC writing gigs dried up; there were three young children to feed and educate; and Desmond was drinking away their money. This period of abjection reached its nadir when she had to move her family into a homeless shelter for some months, remembered by her daughter Maria as “a ghastly place.”

Only years later, with all three children launched and a living situation secured through steady work—Fitzgerald teaching, Desmond at a travel agency—did she begin the book writing career she had always expected of herself. Fitzgerald was almost 70 by the time she became known in the London literary scene that would eventually connect her with her biographer.

Fitzgerald’s biography presents a peculiarly challenging set of tasks: this was a woman who wrote entire episodes of her own life into fiction, in some cases, and went far out of her way to be elusive, in others. Her use of personal experience in her writing was not just impressionistic, but blatant. In the 1960s, for example, she moved her two daughters into a barge named Grace, moored on the Thames, whose sinking led to her family’s homelessness; Nenna, the protagonist of Offshore, also lives with two daughters on a boat so named, and the novel ends with a sunken vessel. This practice of literary transmutation leaves the biographer negotiating a particularly complex relationship between life and work. In one instance, Lee astutely identifies the absence of Nenna’s husband in Offshore as a fictional figure for Desmond during a time when he got disbarred for stealing clients’ money and nearly knocked his brains out drunkenly falling off the barge, leaving Penelope on her own. In approaching the novels as significant biographical sources, Lee discerns what can meaningfully be drawn into suggestive comparison with the facts, erring sensibly on the side of under-reading. Indeed, the few pages of straight summary she grants each of Fitzgerald’s novels present the only slow stretches of an otherwise absorbing read.

A second source of recursive complexity is the fact that Fitzgerald was herself a biographer before she was a novelist. She wrote three lives—of Edward Burne-Jones, Charlotte Mew, and the Knox brothers (her father and uncles)—that give her own biographer strong stylistic and methodological precedents to contend with. “For all her books—novels as well as biographies—Fitzgerald amassed huge amounts of information … much of which she then buried, or rendered obliquely,” Lee explains of the writer’s signature implicative style. “It is the job of the biographer,” she goes on to infer of Fitzgerald’s method, “to enter the inner life, understand the [artist’s] obsessive images and see how they become the ‘burden’ of the works.”

Of this robust formal legacy, Fitzgerald’s spare style is what Lee appears to have absorbed most keenly. One feels Lee holding back. In delineating the cliques that comprised Oxford’s social-scape in 1935, she mentions a “lawless” group of men that included “two handsome Irish brothers,” Eamon and Desmond Fitzgerald, before moving swiftly to discuss the university’s male-female ratio. Later, she speculates about the location of missing correspondence regarding the World Review (which the Fitzgeralds co-edited early in their marriage), citing the bottom of the Thames as a possibility. Lee alludes fleetingly to major events—the marriage to Desmond, the sinking of the barge—and in doing so takes a cue from her own subject, who “did not like to explain too much: she felt it insulted her readers.”

Lee’s restraint has a striking effect on how she quotes her sources. She uses little to no framing to integrate the words of others into her text, often letting voices drift in without explicitly naming them. Listen to her describing the young Penelope, whom she often calls affectionately by her childhood nickname, Mops:

Mops was “one of those children who don’t at all mind being by themselves.” Her childhood habits were ritualistic, secret ones: compulsively making, naming, and then burying, piles of rose petals in her hiding-place between the rose hedges, collecting feathers, shells, nuts and flowers on her walks to be “counted and recounted, one of the most reassuring activities of all for a small child.”

Lee’s quotations, often thickly stacked and end-noted in sprawling clusters, are not always easily attributable. The effect of this minimalist apparatus is a dual voice, at once authoritative in its economy and mysterious in its provenance. Elsewhere, Lee absorbs others’ thoughts into her prose indirectly, as in these reflections on the Fitzgeralds’ poverty aboard the leaky Grace: “Looking back, the children were equally amazed. Why did she put the family there, in these conditions? Why didn’t she ask for help?” The biographer steps back and lets other people do the work of description, judgment, and revelation at the same time as she lends their statements the legitimizing frame of her own syntax.

Lee alludes fleetingly to major events and in doing so takes a cue from her own subject, who “did not like to explain too much: she felt it insulted her readers.”

Fitzgerald’s works quietly provide the rationale for some of Lee’s methodological choices, too. The novelist also loved to draw, and the biography is punctuated with copies of her strangely sad, childlike sketches, none of which are labeled or referred to in the text. It is not until well into the second half of the book that Lee allows Fitzgerald, obliquely, to shed light on this mode of presentation. In assembling a chapbook of Charlotte Mew’s poetry, editor Chris Carduff “agreed to keep [Mew’s] illustrations ‘scattered’ through the book, an important point for [Fitzgerald]: ‘I think they help to “tell the story,” always a difficulty when you’re trying to write about somebody who is not at all well known.’” Lee uses Fitzgerald’s own words to prompt readers’ retrospective recognition of what she’s been up to all along. She is executing her biographical mandate not just at the level of content, but also at the level of form, choosing a style and a design that reflect her subject’s own narrative values of subtlety and suppression. This formal dimension of the biography deepens its immersive effect, helping readers toward a more complete sense of Fitzgerald’s own peculiar “obsessive images,” and of her working mind.

Fitzgerald’s life toed an unlikely line between two worlds: one of elite English intellectualism, the other of struggling poverty. She banned her children from using “non-U” (i.e., middle-class) language, even as she sardonically inscribed “Squalid Council Estate” atop a letter she wrote from the family’s welfare flat. Lee takes pains to demonstrate that her subject had as much capacity for revering artistic brilliance as for pitying the downtrodden.

Exacting standards, stoicism, and self-satirical detachment all descended to Fitzgerald from her father, Edmund “Evoe” Knox, as Lee tells us. Indeed, these traits inflect the title he once proposed for his autobiography: Must We Have Lives? Evoe would never write it; Fitzgerald would do it for him, substituting a more practical title, The Knox Brothers. Nevertheless, by some chiastic accident, the father’s title would prove poignantly resonant with the daughter’s own story, evoking the inertia that trapped her for decades as her life stood in the way of her writing. Lee writes Fitzgerald’s two selves into balance, treating her abjection with a pity not undignified, and her triumphs with an admiration not uncritical. In this, as in much of the book, she follows her subject to admirable effect.