Native Noir
The Round House is, arguably, the first foray into genre fiction for celebrated Native American novelist Louise Erdrich, and the result is a gripping whodunit. The crime: the brutal rape and attempted murder of an Ojibwe woman, Geraldine Coutts, on a ... 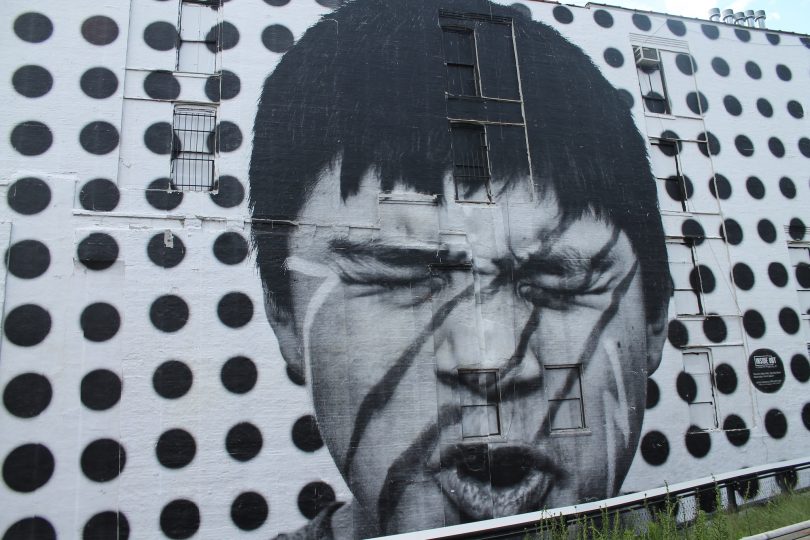 The Round House is, arguably, the first foray into genre fiction for celebrated Native American novelist Louise Erdrich, and the result is a gripping whodunit. The crime: the brutal rape and attempted murder of an Ojibwe woman, Geraldine Coutts, on a remote North Dakota Indian reservation in the spring of 1988. Exclusively adopting the point of view of Geraldine’s son, Joe, Erdrich vividly renders the confusion, frustration and anger of the thirteen-year-old as he struggles to comprehend the enormity of what has happened to his mother. “I’d thought she was the same mother only with a hollow face, jutting elbows, spiky legs,” Joe tells the reader, “[b]ut I was beginning to notice that she was someone different … some warm part of her was gone and might not return.” Joe, overwhelmed by a growing sense of powerlessness and despair, sets out to uncover the identity of “the damned carcass [who] had stolen from her.”

Erdrich has crafted a true reservation noir, complete with a shadowy cover-up, a stripper with a secret past, and a memorable foot chase between an enraged priest and a fleet-footed boy.

So begins what is, in many ways, a classic piece of detective fiction from one of our most important Native American novelists. Erdrich has crafted a true reservation noir, complete with a shadowy government cover-up, a sensitive stripper with a secret past, and a memorable high-speed foot chase between an enraged priest and a fleet-footed boy after a particularly ill-advised confession. Even as she relishes in the conventions of the genre, Erdrich, a Pulitzer finalist and National Book Critics Circle award winner, brings her considerable literary talent to bear on them, stretching and refashioning the form of the mystery novel in order to capture more fully the complications of reservation life. As Joe’s investigation progresses, he is not only forced to confront the horror of what happened to his mother, but to see it in the larger context of his people’s traumatic history. When his search for clues takes him through the reservation graveyard, Joe tells the reader, “… to be afraid of entering the cemetery by night was to fear not the loving ancestors who lay buried, but the gut kick of our history.” Digging deeper into the tangled web of secrets and bitter history, Joe discovers that the crime committed against his mother is an echo of an older wrong: the theft of Ojibwe land and the abrogation of their sovereignty.

As should be obvious, The Round House is more than a pulpy thriller. Erdrich has the explicitly didactic aim of exposing the frustrating complexities of federal Indian law and its all too negative impact on the lives of Native people. Because Geraldine is a Native woman raped by a white man on reservation land, her assault falls into the purgatorial jurisdictional space between the federal, state and tribal authorities, each of which, for various reasons, either cannot or will not prosecute the case. As Joe uncovers more and more evidence against his mother’s rapist, he begins to comprehend, with the help of his father, Bazil, a tribal judge, that the inaction of the authorities is no accident. Instead, it is the result of two centuries of one-sided Supreme Court decisions and congressional impositions that have created a legal system that protects white criminals instead of Indian victims.

In a lengthy afterword, Erdrich explains that The Round House was inspired by a recent report from Amnesty International, which described the legal situation confronting Native victims of rape as a “maze of injustice.” Citing the jarring statistic that 86 per cent of rapes reported by Native women are perpetrated by non-Native men, who do not fall under the jurisdiction of tribal or state police, Amnesty declared that the U.S. government “has created areas of effective lawlessness” on reservations across the country.1 Indeed, the publication of The Round House comes at a politically sensitive time for the issue.  Last spring, members of the House of Representatives blocked provisions to the Violence Against Women Act that would have granted tribal police and courts greater jurisdiction in cases of domestic abuse, sexual abuse, and rape. Such a context gives Erdrich’s novel a timeliness that makes it sure to garner attention from critics, activists, and the public alike.

Erdrich never falls into the trap, seen all too often in protest novels, of allowing her characters to tell the reader how to feel.

Erdrich never falls into the trap, seen all too often in protest novels, of allowing her characters to tell the reader how to feel. Instead, ever the narrative tinkerer, Erdrich restructures the standard mystery-novel plot in a way that gives The Round House a devastating kick. What begins as an earnest—even campy—invocation of boy-detective novels such as the Hardy Boys series and Encyclopedia Brown becomes something much darker in the final third of the novel.  Even after Joe conclusively identifies the rapist to the authorities—a revelation that would normally bring a detective novel to an end—the police do nothing, and the tenor of The Round House begins to shift. Denying detective fiction’s cathartic payoff of seeing justice served and the social order reestablished, Erdrich pushes the plot forward an additional hundred pages, forcing the reader to witness Joe and his family endure the horror of their tormentor’s freedom. Joe, still a child with a child’s naïve faith in justice, withstands the worst of this emotional burden. We can only helplessly look on as his boyish pluck becomes relentless obsession, then takes on terrible purpose. When Erdrich finally breaks this tension, it is with an ending so dispiriting that it forces us, as readers, to be confronted with our own naïve desire for narrative closure.

The Round House is unlike any of Louise Erdrich’s thirteen previous novels, a surprising departure for a novelist who has won consistent praise from the very beginning of her career. Not only has she forgone the shifting temporalities and multiple narrators that were long the hallmarks of her fiction, Erdrich has also pared down her usually capacious cast of characters to a more intimate handful, allowing the Coutts family to develop more fully than some of her previous work would have allowed. Such changes make The Round House one of Erdrich’s most accessible works to date—a distinction that should not be taken as damning with faint praise. Unlike the meandering narrative of The Painted Drum, or the wonderful but uneven The Plague of Doves, nothing in this novel feels extraneous or out of place. The Round House is a rare example of a critically adored writer willing to abandon the elements of her style that originally won her acclaim, and, in so doing, producing a better book.