Neoliberalism Misunderstood
Philipp Ther’s lively new book offers a prime case in point for why the term “neoliberalism” is essential to understanding the last 30-odd years ... 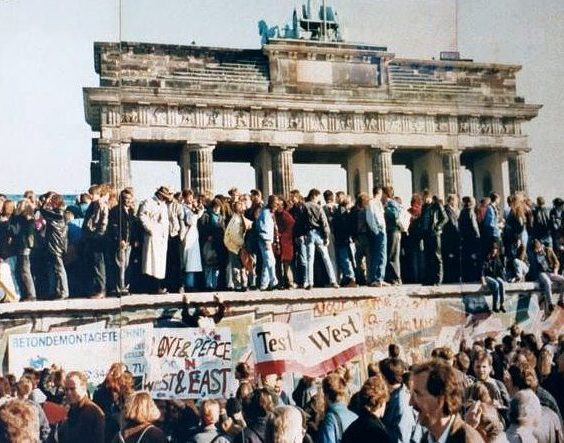 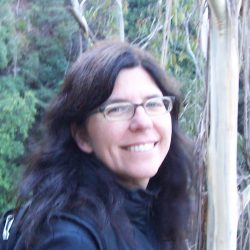 Philipp Ther’s lively new book offers a prime case in point for why the term “neoliberalism” is essential to understanding the last 30-odd years—and also how much analytical havoc the term can cause if deployed without care. In an assessment of European history since 1989, Ther takes the reader from east to west, charting successive waves of neoliberal reforms. He speaks directly to the current moment of Brexit and Donald Trump: “The hardship experienced by transformation’s losers and disillusionment with neoliberal capitalism have created fertile ground for populist parties, authoritarian tendencies, and even neo-fascist movements.” Ther’s aim is a critical assessment of neoliberalism in practice, but his effort founders on peculiarities in his own metaphors, definitions, and arguments. Europe since 1989 rests on an out-of-date understanding of neoliberalism, criticizing it while assuming that it is necessary. In addition, the book’s numerous incompatible arguments are never reconciled. As a result, in the context of Brexit, in which the options on offer are authoritarian, racist populism, or neoliberalism, Ther ends up advocating further neoliberalism as the lesson from Eastern Europe—even though it is precisely neoliberalism that brought us to this present state. Unfortunately, understanding neoliberalism has never been more urgent.

Ther presents an understanding (popular in the 1990s) of neoliberalism as laissez-faire capitalism, a promarket and antistate approach to policy. (He does not reckon with the more recent literature that interprets neoliberalism as an attempt to remake and reorient—not eradicate—the state.1) According to Ther, neoliberalism is “blind belief in the market as an adjudicator in almost all human affairs, irrational reliance on the rationality of market participants, disdain for the state as expressed in the myth of ‘big government,’ and the uniform application of the economic recipes of the Washington Consensus.” Neoliberal policies require more than austerity, or cutting government budgets. They also privatize state-owned companies, deregulate the economy, and liberalize domestic prices, foreign trade, and capital flows.

Neoliberalism is the key to understanding recent European history. The past three decades can be distilled, writes Ther, in the image of a “shiny express train that promised to take passengers to an enticing destination—of growth and prosperity.” “All the countries of Europe” eventually climbed on board and remained on board. “Waiters” offered the countries on the train only “one, standard meal” of shock therapy and, due to the heat caused by the speeding and overheated train, the countries removed “their outer clothing (the rather flimsy welfare state).” Eventually, countries in the first wave of neoliberalism—Poland, Czechoslovakia, Hungary, and East Germany—were “starting to feel a little better.” The second-wave countries—the Baltic states, Slovakia, Romania, and Bulgaria—got on next, implemented even more radical reforms to “catch up” with first-wave countries, and succeeded in becoming “emerging markets.” The Southern European countries got on, though they dined “unfortunately on credit” and fell behind Eastern Europe. Germany stopped “clinging to the running board” and got on the train to avoid being “the sick man of Europe.” Russia later got off the train and started up a new, “state capitalism” train. In 2008, panic broke out and nearly derailed the Europe train, but it “came to a standstill just in time. Yet … it did not change tracks.”

While the train metaphor is difficult to sustain, it does end up revealing arguments that Ther does not state clearly. Most important of these is the presumed necessity of the neoliberal path. Ther acknowledges the pain that neoliberal policies caused, and presents plenty of data on the transformation crisis after 1989: increased unemployment, widening social inequality, declines in life expectancy across Eastern Europe, and general suffering. And yet, he also argues that Eastern European countries had to implement neoliberal policies and likely have benefited from doing so. As Ther tells the story, economic crises and high levels of debt meant that there was “no other choice than to follow the recipes of the Washington Consensus,” the neoliberal reforms demanded by the World Bank and the International Monetary Fund (IMF). Among the benefits of neoliberalism is that Eastern European countries in the first neoliberal wave successfully created market economies. By contrast, those countries that tried to avoid neoliberal reforms, such as Romania and Ukraine, “fared even worse.” The failure of recent reform efforts in Italy, Ther forecasts, will have “fatal” consequences, “ranging from Italy becoming ungovernable to the collapse of the eurozone.”

To present neoliberalism as the necessary conclusion to 1989 is to shut down the contingencies of those revolutionary times: both the other alternatives on offer, and the degree to which ordinary people themselves endorsed a neoliberal settlement. Ther vividly renders the hopes that motivated 1989 through the wonderful work of the historian James Krapfl, who has shown that Czechoslovaks in towns across the country called for humanity, community, truth, and love.2 More broadly, Ther discusses Eastern European protesters’ calls for the radical democratization of not only politics but also the economy, education, and other institutions. The year 1989 began with revolutions—surprisingly peaceful ones—that called for new kinds of socialism.

But how avidly did Eastern Europeans in fact jump on the neoliberal train? This is a key point for Ther. He argues not just that neoliberalism was forced on Eastern Europe but that ordinary people came to support and even demand neoliberal policies. As he puts it: “The neoliberal order was accepted from below, by society.” Under socialism, and even more so during the first wave of neoliberalism, Poles and Hungarians, in particular, developed businesses, especially selling wares in kiosks and bazaars. Instead of relying on the welfare state, individuals across Eastern Europe built their own “human capital” and created a “transformation from below,” driving economic growth and attracting foreign investors.3 Ther broadly generalizes that individuals across the region embraced consumerism, lived “more for the moment,” became more “mobile and flexible,” and welcomed the neoliberal order. Reflecting his 1990s understanding of neoliberalism as the dismantling of the state, Ther argues that both neoliberalism from above—the standard recipe of shock therapy—and neoliberalism from below—Eastern Europe’s human capital and consumerism—are necessary for markets and market economies to bloom and succeed. It is hard to imagine how petty commerce in bazaars, which might involve selling off one’s own belongings to survive, would provide the foundation for a productive economy or how state abandonment and crisis-level survival would be demanded by “society.”

After this necessary, reinvigorating neoliberalism, according to Ther, these countries needed to be built back up. For some, there would be the benefits that derived from European Union membership. For all, there is now the need to reestablish their welfare states to avoid the populist nationalist rebellion of “transformation’s losers.” If successful, the train of neoliberal modernization will gently glide into the final station. Yet, as history has demonstrated time and time again, few are allowed to “catch up,” because powerful countries and corporations depend on other countries never pulling even.

Just how Eastern Europeans changed—from calling for humanity, community, truth, love, and radical democracy in 1989 to putting their shoulders to the wheel for laissez-faire capitalism—requires a much more subtle and much richer account than Ther provides. Though Ther cites many scholars writing on postsocialism in the footnotes, he does not seem to have taken on board their extensive findings. In the text itself, Ther puzzlingly notes that the “state of literature on the transformation era is low (with the exception of the aforementioned short book by Padraic Kenney),” and then lists Tony Judt, Hartmut Kaelble, Harold James, and Konrad Jarausch as the few scholars working on this era. 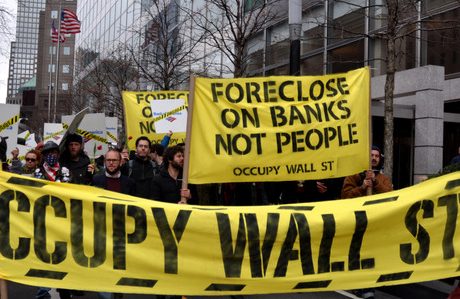 What lessons might Ther draw from Eastern Europe if he had engaged with what is by now an enormous literature on postsocialism? Rather than explain “transformation’s losers” in conventional clichés about Eastern European socialism having only “ineffective, spoon-feeding governments” and a debilitating “heritage of collectivist thinking,” we might turn to Liene Ozoliņa-Fitzgerald, who studies how the Latvian neoliberal government’s demands—that the unemployed become active entrepreneurial citizens and endlessly wait for months and even years for courses, workshops, or even to requalify for unemployment—produces the passivity the government is allegedly battling.

In place of conventional stereotypes about backwardness (embodied in the metaphor of the train on the track to a distant destination), Ágnes Gagyi offers us an explanation of how Eastern European countries are not moving forward or backward along a linear path to modernity. Rather, they work within a highly unequal global division of labor, a finding reinforced by Kristen Ghodsee’s ethnographic vignettes, where everyday citizens both young and old try to survive in the deindustrializing landscape of Bulgaria.4

Europe since 1989 reminds readers both that the revolutions of 1989 were truly revolutionary, and that they were not revolutions for neoliberalism. These are lessons that matter more than ever now, when—as Ther rightly points out—the task is to “conduct an open political debate” about neoliberalism. The readers Ther imagines conducting this debate, and reading his book, are Western Europeans. And the choice he offers them is bleak: either implement a better neoliberalism and a better welfare state, or else populist nationalism (in its racist, authoritarian incarnation) will destroy the Europe they have known.

What other, non-neoliberal lessons does Eastern Europe offer? How about if we get off the trains, head back to the debates of 1989, and take those lessons with us on more world-spanning paths?