On Our Nightstands: July 2017
At Public Books, our editorial staff and contributors are hard at work to provide readers with thought-provoking articles. But when the workday is done, what is actually on our nightstands? 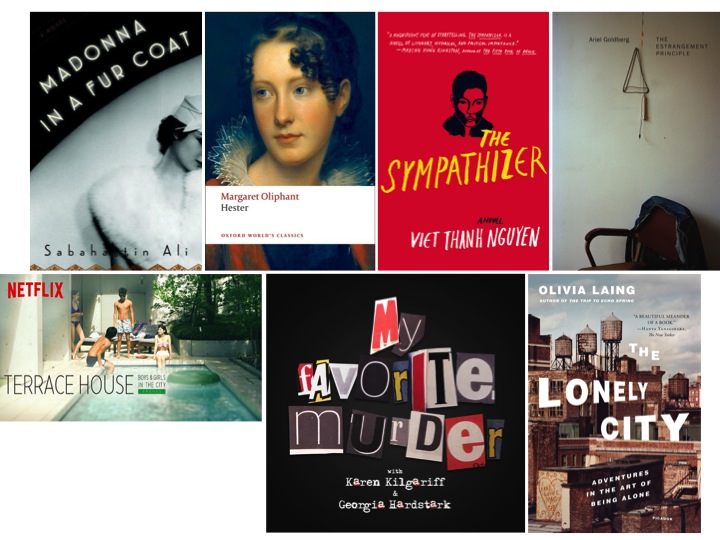 Sabahattin Ali, Madonna in a Fur Coat, translated from the Turkish by Maureen Freely and Alexander Dawe

This unconventional love story, set in 1920s Berlin and originally published in 1943, has topped best-seller charts in Turkey for the last four years, becoming a badge of resistance against the Erdoğan regime’s persecution of nonconformists. The novel’s emotions may occasionally be over-the-top, but the psychology is far from shallow. Its principals are exquisitely ambivalent, consumed with doubt as well as passion, determined to be true to their own nature and yet also questioning the point of existence. Its author was repeatedly jailed and ultimately killed for his political writings. My heart goes out to his spiritual heirs in Turkey today.

“No, my practice isn’t about ‘queerness,’ I just make art and it’s about life.” Artists refuse labels in order to claim broad relevance for their work, but in the process end up disavowing the histories that matter to them most. Rarely has this paradox been explored with such fervor and intelligence as in Ariel Goldberg’s 2016 The Estrangement Principle. Goldberg, a NYC-based “trans-dyke” poet and artist, pursues an obsession with queer history, all the while putting intense pressure on the term “queer.” What is queer? “A definition might sail me out of the storm of ambivalence,” Goldberg writes. Instead, we get real-time reports from the storm: an “excruciating” public conversation with Fran Lebowitz; a protracted struggle with the word “lady” in the title of a Brooklyn literary salon; a “seething” relationship to a library copy of Art and Queer Culture (2013). Goldberg balances the desire for community with recognition of the necessity of estrangement, meanwhile hungrily absorbing queer art—“like I would devour a sandwich on the subway.”

A century and a half before Lean In, there was Hester by Margaret Oliphant, a massively undervalued novel about dueling lady bankers. I love Oliphant generally, for many things—wit, acute attention to unconscious motivation, and her insight into the ways “mere accident” casually reshapes the lives of people who are persuaded that every action they take is deeply motivated and well-planned. She is also an amazing anatomist of irritation—what irks people, how it irks them, and what kind of impulsive actions it prompts. Hester details a small-town power struggle between the all-powerful Catherine and her headstrong niece, the two competent and powerful women in a banking family filled with feckless, feeble men prone to ill-advised speculations. Though they are kindred spirits they are divided, first by Catherine’s hatred for Hester’s erring father and then by their rivalrous
feelings about one of the weak Vernon men, promoted into a banking role by virtue of his XY chromosomes and not much more. Doubtless built on Oliphant’s own experience as a solo female breadwinner surrounded by hapless male relatives, Hester—and a better name might be Hester Vs. Catherine—casts a cold eye on the ways gender roles force people away from their proper calling, their possibilities for joy, their life as it might have been lived. Before The Feminine Mystique, there was also Hester.

Summer 2017 has inadvertently become a summer of road trips. While I can endure an unhealthy amount of top 40 during double-digit-hour driving sessions, I’ve been balancing my pop music intake with My Favorite Murder, a podcast produced by Feral Audio and hosted by comedians Karen Kilgariff and Georgia Hardstark. The podcast straddles the comedy and true crime genres, and an episode typically features the hosts sharing misanthropic observations about our current moment before eventually detailing two murders from the past (which seem to be sourced generously by Wikipedia). The podcast has a loyal following of “murderinos,” fans who feel empowered by Kilgariff and Hardstark’s no-nonsense critiques of the criminal justice system and refusal to victim-blame (all while encouraging their fans to “stay sexy and not get murdered”). If your sense of humor and your curiosities could both be described as “morbid,” this is your podcast.

Olivia Laing, The Lonely City: Adventures in the Art of Being Alone

Through the stories of several visual artists and their work, Olivia Laing unpacks meanings of loneliness and human connection in The Lonely City. She does an exceptional job at world building: drawing the reader into seedy pasts of New York City, into Times Square, Greenwich Village, and onto the piers. Laing tells the story of each artist in a way that does not feel voyeuristic, even as she details traumatic scenes of cruelty and violence. She also bravely contends with the ways that certain bodies—ugly bodies, foreign bodies, abused bodies—are made prone to loneliness. Though I generally enjoyed Laing’s gentle and poetic writing about the trappings of solitude, some sections get bogged down in what non-art-historians like myself may consider tedious descriptions of individual works of art. Additionally, her rendering of Jean-Michel Basquiat is almost entirely obscured by the figure of Andy Warhol, who looms large over the book. The Lonely City offers nuance rarely afforded to the relationship between human isolation and digital screens; never in my life would I have thought to consider Craigslist as a site defined by hopefulness, but her argument to that end is quite convincing.

Set after the Fall of Saigon, Viet Thanh Nguyen’s The Sympathizer follows a communist spy who continues to feed information back to his superiors in Vietnam while he attempts to build a life in America. Although written by an indisputably brilliant writer, the novel’s self-conscious riffs on Ralph Ellison’s Invisible Man and the deliberate unraveling of narrative in the final section of the book feel overburdened; this is a novel that turns circles around itself (and the reader) with its own cleverness. The novel’s depiction of a graphic rape scene, while obviously allegorical, smacks of gratuitousness. Using rape as a figurative vehicle for understanding colonization diminishes the fact that rape is a real, visceral trauma suffered by many women in war and conflict. It also subsumes all other consequences of the war—deaths, physical and psychic wounds, environmental devastation and economic ruin—under the category of sexual violence. Pulitzer Prize–winner or no, The Sympathizer’s feminization of victimhood breaks no new ground, marrying femininity to subjugation and debasement, like so many literary works before.

My proffered cultural object for the month is one I picked up from reading Public Books: the Japanese reality television show, Terrace House: Boys & Girls in the City. Lured by the quixotic promise of kind-spirited reality television, I watched the first eight episodes in quick succession. This may have been a mistake: I’m not convinced Terrace House is a binge-able quantity so much as a slow burn to wind down with after a long day. But it’s true that Terrace House is a televisual transmission from a gentler world, where residents appear genuinely to wish to get along. An earnest medical student who proves an oddball in sheep’s clothing says that she decided to appear on Terrace House in order to mature as a person, and it seems she really means it.

All that said, simply because the show is nonconfrontational does not mean it is utopian. Conventional gender mores abound—women are expected to do all the cooking—and eight episodes in, I wish the show would dedicate less screen time to the somewhat forced possible romantic pairings between these six strangers and more to their work lives and personal histories. I’m certain there are many currents of meaning I’m oblivious to as someone unfamiliar with Japanese culture. But having been weaned on a reality television philosophy of more is more, it’s novel to experience the radical opacity of Terrace House, where no confessional cams are to be found and the communication between residents leaves the impression of an iceberg’s tip. Humorous commentary by an assemblage of celebrities and a 14-year-old boy as well as lush gastronomic sequences contribute to its charm. 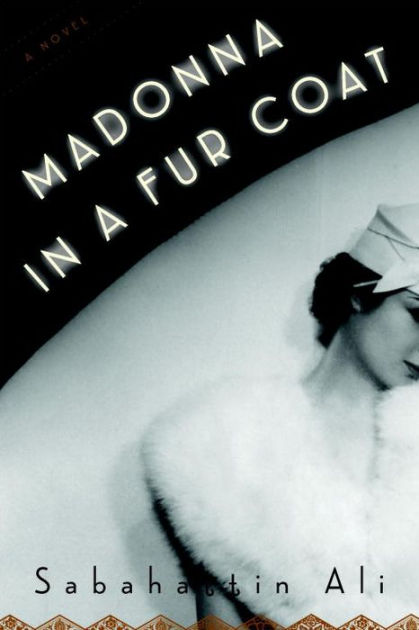 Madonna in a Fur Coat

Sabahattin Ali, translated from the Turkish by Maureen Freely and Alexander Dawe
Other, 2017
Buy 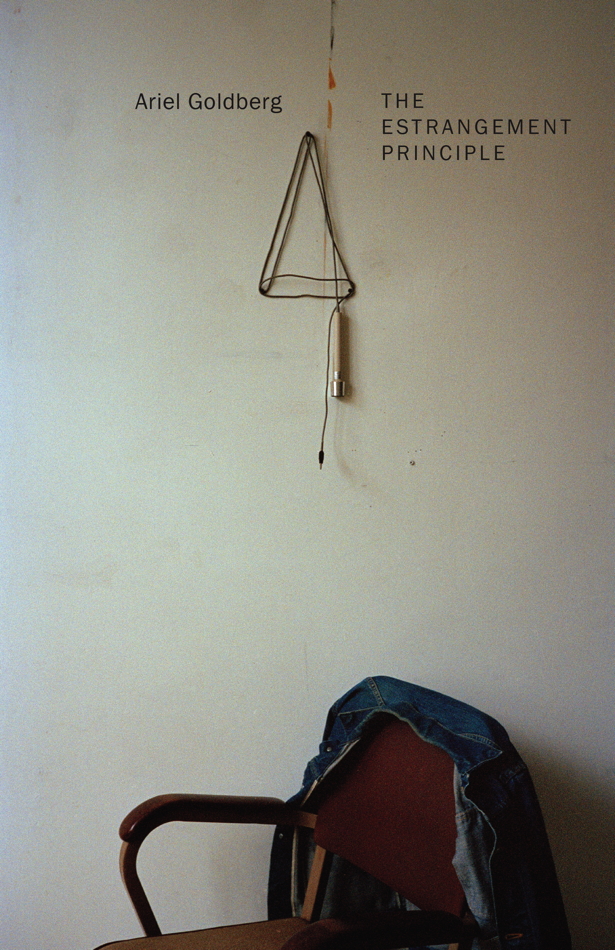 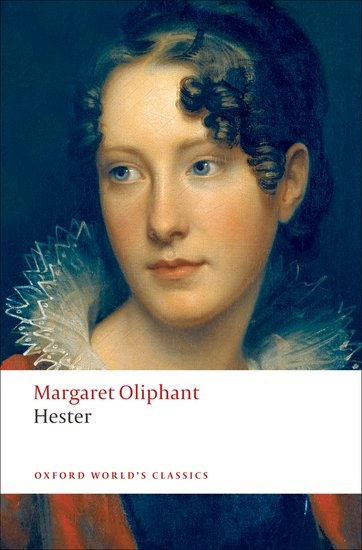 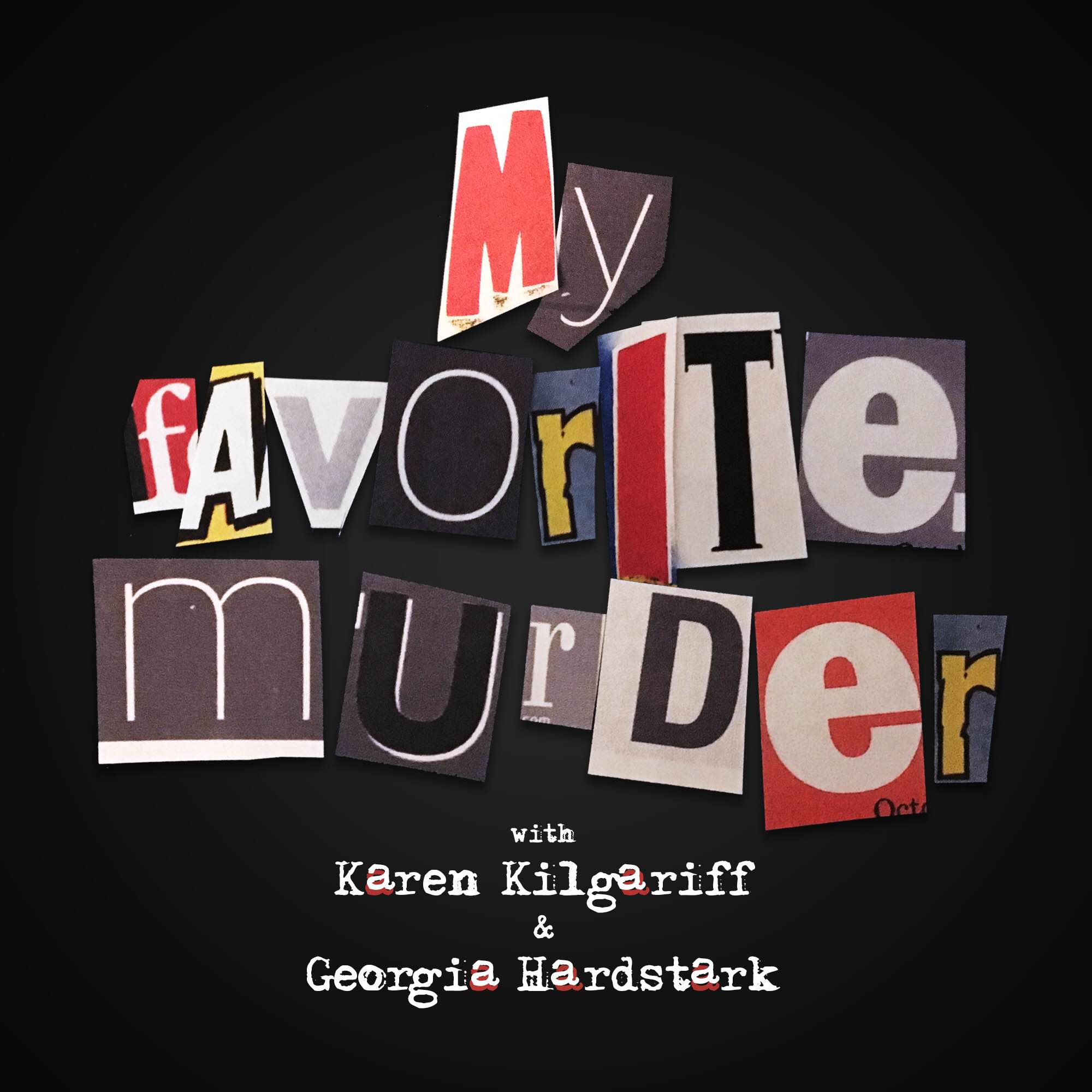 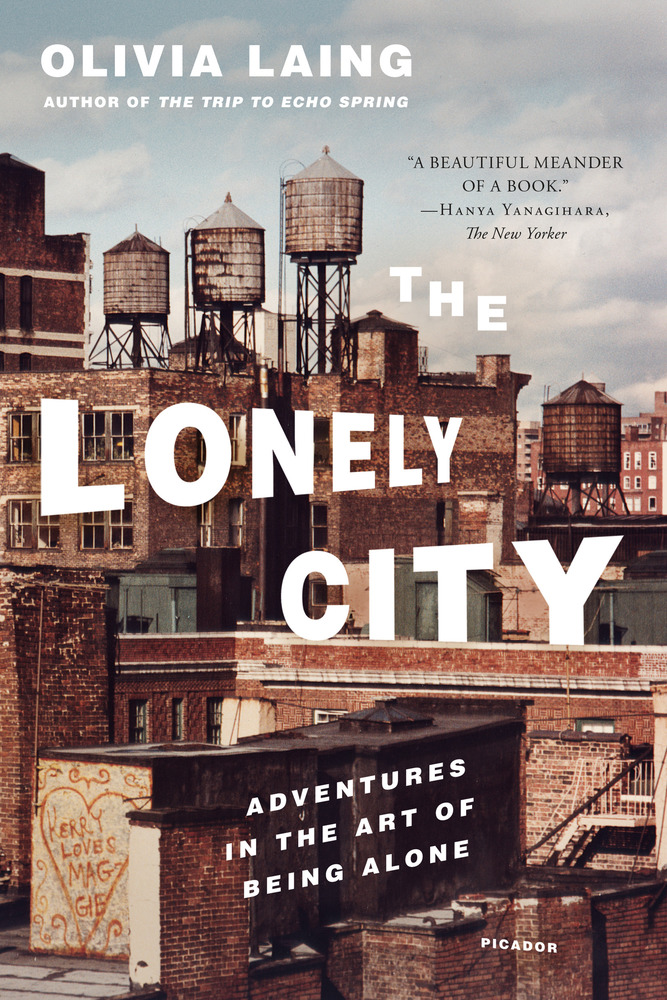 The Lonely City: Adventures in the Art of Being Alone 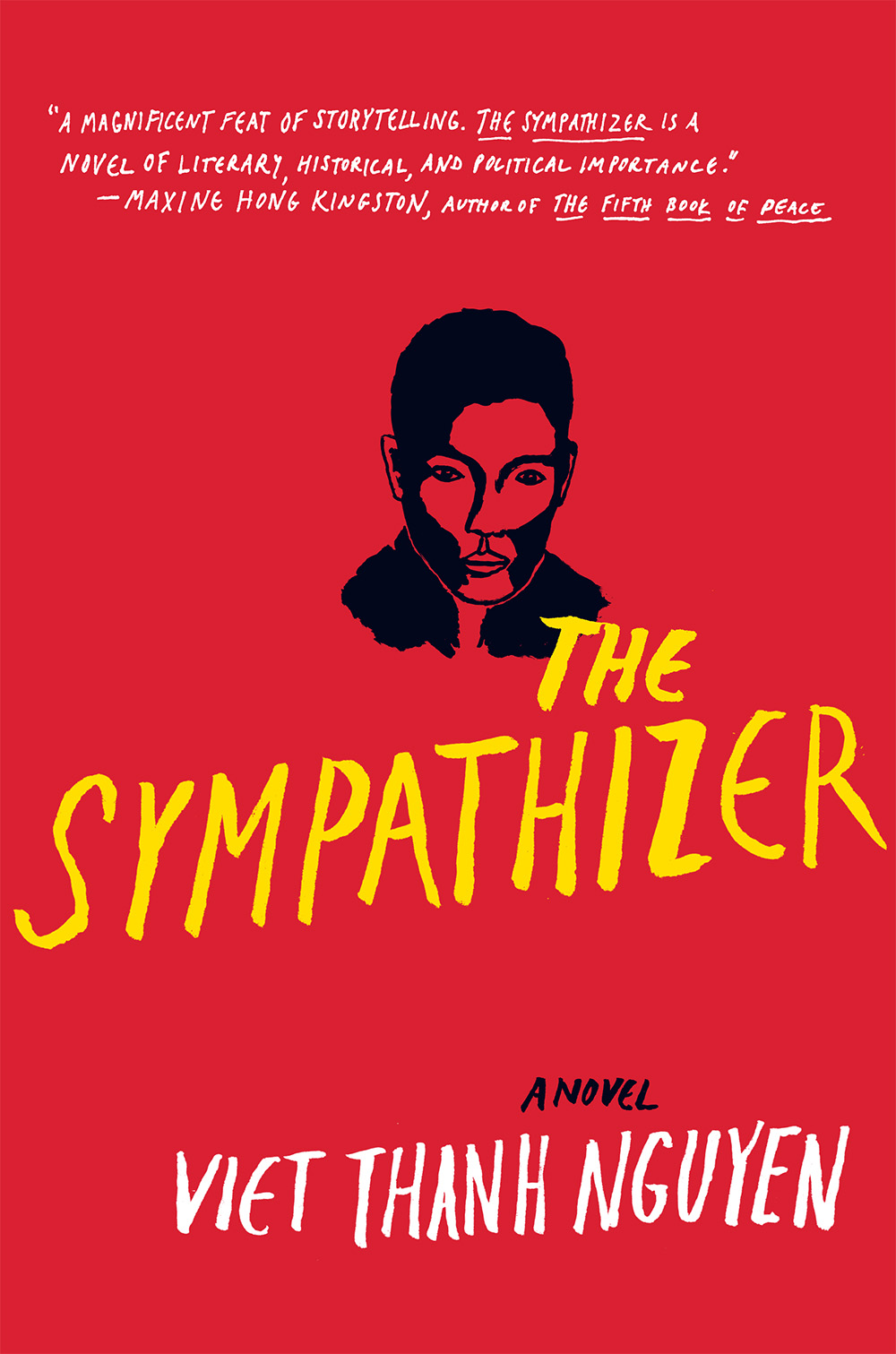 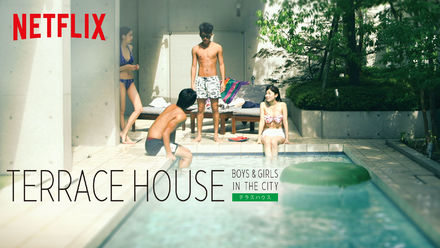