Nobody Verzuz a Nation
Though a new phenomenon, Verzuz isn’t new. Black artistic, scholarly, athletic, and political spaces have always been made into battlegrounds. 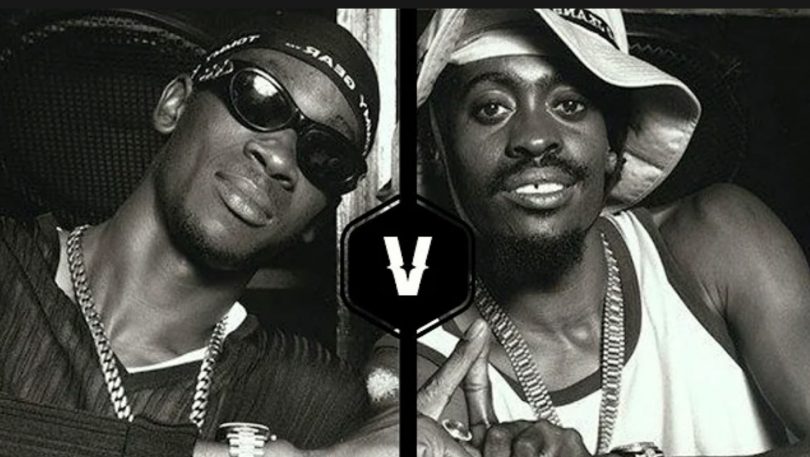 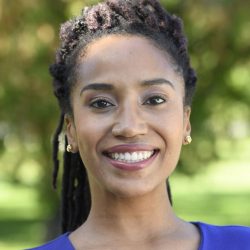 Verzuz is a Black digital product that debuted and flourished during the height of Trump-incensed white patriotism, increasing anti-Black and xenophobic rhetoric, mounting police violence against Black people in the United States and worldwide, and, consequently, increased Black Lives Matter street protests all across the globe. Taking off at the start of the pandemic, Verzuz is the online phenomenon of two Black musical performers competing live on social media. However playful in its intent, it called forth the racialized experiences of Africans in the Caribbean and the United States and the ways that competition for survival was woven into the fabric of daily Black life, from plantation to classroom to boardroom to music studio and, ultimately, to Verzuz.

Mainstream media outlets found Verzuz to be remarkable because it was an entertainment outlier during a year of very limited live music performances. I, on the other hand, became more interested in Verzuz for its historical and contemporary sociopolitical import: Sparrow versus Kitchener, Sonny Rollins versus John Coltrane, Bob Marley versus Peter Tosh, Martin Luther King Jr. versus Malcolm X, Michael Eric Dyson versus Cornel West, and even W. E. B. Du Bois versus Booker T. Washington versus Marcus Garvey. Du Bois and Booker T.’s “Verzuz,” so to speak, was so intense and well-known that by 1969 Dudley Randall had penned the poem “Booker T. and W.E.B.,” which went poetic verse for poetic verse, pitting each man’s vision for uplift against the other’s.

As the summer of 2020’s versus roster grew (Central Park Karen versus Black birdwatcher, Permit Karen versus Black homeowners, white supremacists versus the liberal white media), so too did my consideration of Verzuz as a praxis. How different was Swizz Beatz and Timbaland’s Verzuz from the ongoing, stan-driven battle that is Beyoncé’s Beyhive versus Rihanna’s Navy or the pre- and post-death battle that is B.I.G. versus Tupac? How different was it from the academic battles born of ivory towers and published as late-2020 editorial tit-for-tats between professors Carolyn Cooper and Carole Boyce Davies? “These ‘Carols,’” as one Twitter user referred to them, went word for word in a battle to settle whose literature department decolonized its name first. What could have been an equalizing recognition of the multiple “Englishes”—including all the Black Englishes—that are studied in universities’ literature classrooms became just another showdown between the global North (embodied by Boyce Davies, from Trinidad but living in Ithaca, New York) and the global South (as portrayed by Cooper, who has lived almost her entire life in Jamaica).

“These ‘Carols’” brought me back to Walcott vs. Brathwaite vs. Naipaul, and the likelihood that they were raised on the colonial myth that there can be only one best critic out of the Caribbean. And Verzuz brings me back to Catherine Walsh, who has argued that the pervasive legacy of hemispheric colonialism is what established the us-versus-them battlefield in the first place.1 Our identities in this new and now digital world have taken us from the Middle Passage to places where our African tribal identities have been stripped and assigned as Negro, denied and reworked as Colored, fragmented and re-collected as Black, to the point that either we are, as Derek Walcott noted, “nobody, or … a nation.”2

Consider all the philosophical face-offs that did, and still do, put up dividing lines between African diasporans, who are already divided enough by diaspora itself. To do so is to succumb to the reality that hundreds of years of modern coloniality have sustained an us-versus-them and this-versus-that outlook, which presents itself as more instinctive than a both/and approach. As such, Verzuz isn’t new. Black artistic, scholarly, athletic, and political spaces have always been made into battlegrounds.

There are now dozens of Verzuz news stories that have been broadcast on national and local news programs, posted to online platforms, and tucked into print-magazine columns. By and large, those discussions have centered on the series as a statistical anomaly or on the series’ capacity to bring new attention to artists who had long been off the public’s radar.

Originally planned as a city-to-city tour collaboration between Norfolk, Virginia, native Timbaland and Bronx-born producer Swizz Beatz, the Verzuz series was created as a COVID-19 pivot. On the heels of DJ D-Nice’s “Club Quarantine” on Instagram in early March of 2020, a live-DJ event that virtually unified folks who would not under physical circumstances be together (Michelle Obama, Mark Zuckerberg, and Snoop Dogg), Verzuz was launched on March 24 as a producers’ platform featuring some of rap’s biggest and best beatmakers, such as RZA and DJ Premier. Using a format that was, as music writer Lucas Shaw described it, “part performance, part competition, part history lesson, with each one- to three-hour-long episode featuring two legends playing their hits and telling stories.”

With four more battles in March, #Verzuz trended its way into mainstream media, and the “Verzuz effect” was digitally born. Ethan Millman explains the Verzuz effect in a Rolling Stone article, where he noted that the face-off “between Empress of Soul Gladys Knight and Godmother of Soul Patti LaBelle … drew in over 3.7 million views across Instagram and Apple Music … and it helped both LaBelle and Knight more than triple their streams. … Knight saw a 252% increase in on-demand audio streams, while LaBelle saw a 219% lift.”

Verzuz later expanded to incorporate songwriters, singers, and producers. Each Verzuz battle catered to a particular segment of Black popular music. Some notable battles represented for the American South, like the Jeezy Verzuz Gucci Mane event and the battle that “broke the internet” on April 18, 2020, when 400,000 R&B fans streamed Teddy Riley Verzuz Babyface. 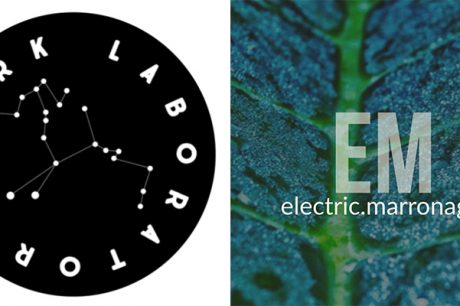 Across the Americas, our griots and critics have postulated and offered us guidance through the transition from slavery and indentureship to emancipation and manumission and from colonies to nations. We have had to confront ourselves, confront the veil, confront our pasts and our colonizers’ pasts, and still make space to imagine future possibilities. Thus, for me, Verzuz provided a different kind of effect, one that was less about economics and more about the global South and global North divides being made more visible in Black digital spaces.

No other Verzuz made this as apparent as the 2020 Memorial Day weekend Verzuz event, streamed live from Kingston, Jamaica. The battle between longtime rivals “King” Beenie Man and “Poor People’s Governor” Bounty Killer reoriented the event in multiple ways. As Jamaican musicians, theirs was less of a hip-hop-style battle and more of a dancehall-born clash. Indeed, the sound-clash culture that gives way to a 2020 Verzuz is a 70-year-old Jamaican music tradition that would pit one sound system against another or one deejay against another for the audience to determine who had the champion sound. Few dancehall enthusiasts, therefore, were surprised that Beenie and Bounty attracted nearly half a million viewers for their Verzuz.

Nonetheless, despite their popularity among Verzuz fans, Beenie and Bounty were left out of Billboard magazine’s “The Verzuz Effect” cover artwork that surfaced on August 10, 2020.3 To date, Billboard has remained silent about why their editors did not include the series’ lone Jamaican participants, but the absence of Beenie and Bounty on the print and digital covers publicly revived the long-standing Black Americans “Verzuz” Black Caribbeans argument.

Beenie Man’s words were rich with allusions to colonial exploitation when he wrote on Twitter: “Everybody fwd and tek piece and build up dem ting and then do everything to undermine the genre DANCEHALL where they got it from.” Bounty Killer echoed Beenie Man’s words when he suggested on Instagram that this was not the first time Jamaica had been snubbed in an American hip-hop arena: “FROM DJ KOOL HERK [sic] TO BOUNTY AND BEENIE HARD WORK IT JUST CYAAH WORK no more side stepping dancehall.”4 But it is in a Twitter post by dancehall fan @MarvinSparks included in a Dancehall Mag write-up of the snub that the uncomfortable side of Verzuz was most honestly articulated: “Exhibit 3923742739172: Americans don’t really give a fuck about black people’s music outside of America. Big up Verzuz for highlighting this.”

“Verzuz” provided an effect that was less about economics and more about the Global South and Global North divides being made more visible in Black digital spaces.

Bounty Killer, Beenie Man, and a host of dancehall fans on social media had raised a critical point about the past that many in the mainstream media were overlooking: the state of the broader, diasporic consideration of Blackness and unequal Black value. The irony of the snub, of course, is that Jamaican-born DJ Kool Herc brought Kingston’s sound-system culture to the Bronx, which catalyzed the American hip-hop genre that launched Swizz, Timbaland, and the Verzuz platform itself.

No matter what, Verzuz battles were meant to be Black community building and border bridging, and the intentional or unintentional omission by Billboard disrupted some of that healing work with a chilling reminder that the external gaze was there all along. In that snubbing, Verzuz ceased being a playful musical battleground and dissolved into a virtual battle royal à la Ralph Ellison’s novel Invisible Man.

This leap from one battlefield to another was made easier by the social unrest unfolding before and during the Verzuz series: namely, a Trump rally that was originally scheduled to take place on Juneteenth in Tulsa, Oklahoma;5 the police continuing to kill unarmed Black men, and officers murdering a sleeping Black woman in the United States;6 and the worldwide explosion of street protests against systemic racism and its monuments, from Seattle to Minneapolis to Chicago to Washington, DC, to Lagos to London to Port of Spain.

In the depths of these considerations, I phoned my mother. She was a teenager in New York City in the 1960s and she raised me on all her favorite music: soul, funk, R&B. I asked her about the ’60s and the ’70s and I asked her if she or her friends had favorites. I asked her if there were James Brown versus Curtis Mayfield rivalries. 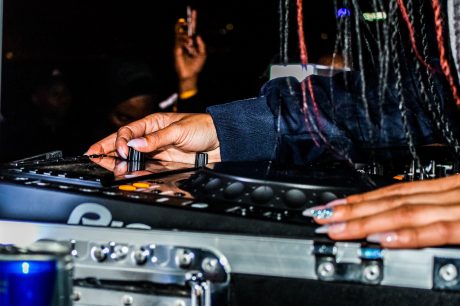 The DJ Is a Time Machine

The year 2020 did not prove to be the year to revitalize protest music or unify the divides that set Black British versus Black American, Jamaican versus American, Bronx versus Brooklyn—much less local versus diasporan. Versus/Verzuz, it seems, is engrained into our various colonial cultures, where there is a long-standing tradition of competition between the North and the South, the Black folks who “keep it real” and the “crabs in a barrel,” between the marginalized and the oppressed.

Perhaps Verzuz’s most noteworthy effect is not the increased sales and streams for singers, but how it can help us to reconsider opposition and reframe what is generated by healthy competition. One decolonial day, we will cease competing to be the HNIC of criticism or literatures, of racial uplift, of hip-hop or dancehall music and simply celebrate excellence across categories and genres.