Norwegian Autofiction and the Problem of Kinship
It’s a dark and wet December afternoon in downtown Copenhagen; the appeal of venturing out to listen to Norway’s latest literary star isn’t obvious. But a small collection of people are nonetheless ... 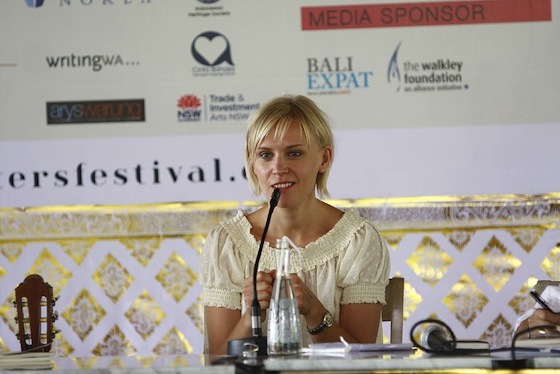 It’s a dark and wet December afternoon in downtown Copenhagen; the appeal of venturing out to listen to Norway’s latest literary star isn’t obvious. But a small collection of people are nonetheless now shaking the rain from their jackets and sitting down in the “LiteraturHaus” to hear Kjersti Annesdatter Skomsvold talk with her Danish translator, François-Eric Grodin, about her autobiographical novel Monstermenneske (Monster Human). It is difficult, especially for a non-Norwegian reader, not to see Skomsvold in light of the international attention being showered on her fellow Norwegian chronicler of everyday life, Karl Ove Knausgaard.

Skomsvold and Knausgaard share a landscape, a publisher, and an array of Norwegian literary prizes. Both have written in modes other than the autobiographical first-person; Skomsvold’s published works include poetry and a surrealist novel, 33 (2014). In their autobiographical plots, both tend to shift repeatedly in the space of a single paragraph between close observation of the Nordic setting and the internal life of the writer. Even in Scandinavian circles, where first-person reminiscence seems uncommonly popular these days, it’s the relationship between Skomsvold’s and Knausgaard’s work that makes headlines.1 Since the 2012 publication of Monstermenneske, Skomsvold has been lauded as Knausgaard’s “Sexy Cousin.” “Roll Over, Karl Ove,” declares another reviewer, “there’s a new master of autofiction in town.”2

Like My Struggle, Monstermenneske is a hybrid of fiction and life writing characterized by the high quality of its language. Skomsvold is clearly dedicated to getting description right: this shows up both as a topic of discussion in her novel and in its style. At one point, her narrator reads Proust’s account of an egg, realizes her own “egg” must be described differently (there are no eggs, but many pots of yogurt, pairs of skis, ears, carrots, television shows, tears, and sweaters in Monstermenneske), and decides that everything in her text needs to be rewritten to meet the new standard of description. In Skomsvold’s terms, this process of revision becomes the subject of intrigue; her writing a form of romance. “I lick my sentences,” writes her narrator, “like a mother bear licks her cubs.”

But Skomsvold does not just write well; she also makes clear the hours, anxieties, and revisions it costs her to do so. In the posture of the obsessive artist, Skomsvold is unlikely to be heralded as the next new Proust. If anything she is the new Sterne. Kjersti, her Tristram, has been writing her first novel on Post-it notes stuck over her bed, transferring them to precariously saved documents on borrowed computers. Finally, she orders a laptop, an alien white lunchbox:

Now I think that it’s far too small for the masterwork I will write on it. The words on the Post-it notes need more room to grow big and strong. I put the Mac down in the box again, lacking the will to switch it on. I have it lying on the floor by the side of my bed, here in the room. Sometimes I also have it switched off in my lap, writing “kjerstikjerstikjerstikjersti” on the keyboard; it sounds like rain. I like the sound of rain, it calms me down; when it rains I expect less of myself. I think my first book lies inside the lunchbox machine, I’m sure of it.3

Such passages feed the appetite for chasing literature down to the moment of its own conception. But they also offer themselves up as a parody of this impulse; evidence that behind every great life story all we will really find is another anxious composer of sentences.

Compared to others who have written famously about their memories of youth, Skomsvold puts a starker, wryer distance between her narrator and the relatively recent selves she describes. Kjersti, an engineering student who has retired with chronic fatigue syndrome to her parents’ house, while no monster, is certainly unappealing. She wants love, but she’s presented as demanding of and cloying toward those who care for her. She wants to write a novel but prefers bad television to reading. Her life appears unforgivingly as a “brown porridge” from which she “extracts raisins” in the hope of having something to write about.

Skomsvold handles this portrait of herself with the same tenderness she displays toward Mathea, the narrator of her prize-winning The Faster I Walk, The Smaller I Am
(2011).4 In general, her skill is in panning out from rather than zooming in on solitude. In Monstermenneske, she describe her mother from a great distance, as the sole inhabitant of her empty universe:

Mum told me that every evening before falling asleep she holds a ceramic deer. She lies in the bed, in the big, empty house, and holds on to a little deer. I imagine that it must look as if she’s praying, stomach to the mattress, elbows to the mattress, the little deer in the hands. The house is so big and so empty, it’s as if the house contains the whole universe and she holds the little ceramic deer, in the evening before she falls asleep. I have never felt more her daughter than when she told me that.

Imagining a woman entirely alone, Skomsvold embraces her from a parallel universe of her own. Tenderness toward and identification with her are premised on the fiction of their disconnected worlds, their equivalent states of gently ridiculed loneliness, rather than on the possibility of a shared existence.

In Monstermenneske a literary community relieves Kjersti’s isolation only because she writes and publishes The Faster I Walk, The Smaller I Am. Refreshingly, this is no tale of individual talent or self-discipline. First Kjersti writes a manuscript in dribs and drabs. Then she gets out of bed, goes to creative writing school, begins reading literature, attends literary festivals, and makes the friends who help her edit and publish and win prizes for what only then becomes a book. And then, relying on similar input, she writes Monstermenneske, a behind-the-scenes account of that process.

Why has this particular strand of beautifully wrought reflection on the writer’s life emerged so strongly in Norway?

Sitting at a small table before her Copenhagen audience, Skomsvold seems absorbed by the relation between her two first books, demonstratively slipping her slim first novel, her “darling book” (hjertebog), into the mouth of her six-hundred-page “totally grim book” (hellgrimbog). Copies of the two books she’s written since lie untouched on the table. Monstermenneske itself is packed with descriptions of this relationship of first book to second book. One book is a matter of life, the other of writing; one is large, the other unusually small; one is informed by the desire for a voice, the other by the study of literature.

But all this emphasis on the bootstrapping operation by which one book gets consumed by its metafictional other feels like a bit of a decoy. Isn’t this missing a larger story of literary influence? And if so, surely I’m not alone in wanting to ask why this particular strand of beautifully wrought reflection on the writer’s life has emerged so strongly in Norway. Knut Hamsun, whose Hunger (1890) is the locus classicus for the genre now known as autofiction, seems much more present here than the writers to whom Skomsvold occasionally calls herself indebted: Proust, Plath, and Woolf.

But Skomsvold is clearly, and perhaps rightly, anxious about this Norwegian genealogy for life writing. Knausgaard makes his first appearance in Monstermenneske as the “long-legged lout” Kjersti fails to recognize. His second appearance is when Kjersti, now well on her way to being Skomsvold-the-author, sits next to him at a writers’ dinner and engages in a conversation designed to distinguish them from each other:

I say to Knausgaard that I would have liked to write longer. He says that he would have liked to write shorter; imagine that it’s possible to say something essential in a hundred pages. Maybe he is just trying to be nice. He says “three thousand pages in two years.” I say “four years on a hundred pages.” His autobiographical book will be out soon, but I make myself believe that I must wait to read it until I’ve read Proust.

Skomsvold gets to Proust. There are many scenes reporting on how much this means to her intellectually; she hangs a picture of Proust on her kitchen wall. But there’s no place for a picture of Knausgaard, who seems to hang nowhere and everywhere in the world they share.

Monstermenneske does directly ask the question, attributed here to Skomsvold’s friends, of whether Knausgaard could have become part of Norwegian popular culture if he’d been a woman. Skomsvold seems to reply at the level of her own body, which occupies the foreground in Monstermenneske in ways that mark its greatest difference from My Struggle. Sometimes this is because Kjersti’s body is sick, but at others it’s about the need to run, ski, eat, dress, or pee, all of which Skomsvold describes at length. One grows tired of this level of detail in the reading, alienated from the particularity of that one body, but such fatigue underscores the inescapabilty of embodiment for Skomsvold’s narrator. At this level Monstermennekse offers a kind of reprimand, one many will welcome, to Knausgaard, who quickly trains his adult body into lanky asceticism in the first volume of My Struggle and then retires it, bringing it out again only rarely, in moments of sexual desire or childhood recaptured.

Sitting here listening to Skomsvold take questions from her Danish audience, I know it would be insulting to ask about Knausgaard. Fair enough: once Monstermenneske appears in English—it’s forthcoming from Dalkey Archive—she’ll have to contend endlessly with the connection. But perhaps the translation of Monstermenneske will allow us to start thinking, not just more comparatively about Norwegian autobiographical fiction, but also about the way fiction written in this mode limits comparative thinking.

Both Skomsvold and Knausgaard privilege so highly the relation of their words to real and specific things that it is hard to remember the world and the language they share. So much water, for instance, appears in both novels, but in each case we trust that they are describing real water more than they are reflecting the training, the figures, the modes of description, or even the world, they share. And then there’s hair, which is what I was thinking about as I listened to Skomsvold talk. In Hunger, the narrator’s hair falls out as he fails to write and therefore to eat. Early in Monstermenneske, Kjersti too loses her hair. How does her hair, I wonder, relate to Hamsun’s? Might it not resemble his more closely than Skomsvold’s own? Skomsvold and Knausgaard and Hamsun may present themselves struggling alone with language, but the genre in which they do so seems to contend just as fiercely with kinship.