O My Swineherd!
The last century may have ushered in an epoch of wars that have no end, but Homer’s Odyssey continues to inspire. You do not have to be James Joyce or Derek Walcott to find the story of a man’s ... 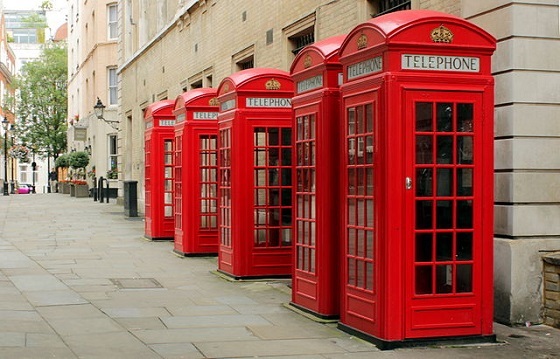 The last century may have ushered in an epoch of wars that have no end, but Homer’s Odyssey continues to inspire. You do not have to be James Joyce or Derek Walcott to find the story of a man’s protracted struggle to return home from a fight he did not want appealing. With Odysseus Abroad, Amit Chaudhuri reminds us how today’s war refugees encounter many of the same prejudices Chaudhuri’s family once endured when migrating across the British Commonwealth. A celebrated Indian author who writes in English, teaches contemporary literature at the University of East Anglia, and often resides in Calcutta, Chaudhuri sets out to address something far less urgent than the world’s migrant crisis by providing a fictionalized and mildly ironic account of his experience as a graduate student in England. Yet by taking up the theme of homecoming for which Homer’s epic is known, he also exposes the troubled nature of hospitality in the aftermath of empire.

The novel, Chaudhuri’s sixth, winks at its reader with an opening epigraph from Homer. Asked by his son why he resembled a beggar before taking on the form of a warrior, Odysseus explains:

As for these changes in me, they are the work of the warrior goddess Athene, who can do anything, and makes me look as she wishes, at one moment like a beggar and at the next like a young man finely dressed. It is easy for the gods in heaven to make or mar a man’s appearance.

The passage suggests that efforts to identify only one of Chaudhuri’s characters with the epic hero will be in vain. Unlike Leopold Bloom in Ulysses, no single figure fills this role in Odysseus Abroad. Instead, the process of recognition so central to the Odyssey becomes an endearing register for rethinking identification in a postcolonial world. Musing about his background as a French-Algerian Jew, Jacques Derrida once wrote that it is not identity but only “the process of identification that endures.”1 The characters of Chaudhuri’s novel would seem to agree, especially when they experience ambivalences about their own desires and sense of belonging.

The main protagonist, Ananda, is a young Bengali living in London and studying English Literature. Set in the mid 1980s, prior to the widespread use of the Internet, the novel depicts Ananda experiencing bouts of homesickness that must have been familiar to Chaudhuri, who also spent that period far from home at a time when the distance from India could be measured by the sound of coins dropping into a pay phone.

Odysseus Abroad has a gentle satirical edge, especially with regard to Ananda, whose uneventful day we follow throughout the novel. Ananda claims never to have read the Odyssey and only two aspects of the Iliad appear to have caught his attention: its savory feasts and the untrustworthiness of the gods, who resemble Hindu deities. After many accounts of Ananda’s interactions with neighbors, mentors, and family back home, his give and take throughout the day with his uncle Radhesh, another displaced Bengali living in England, forms the most compelling part of the novel. Focusing on Ananda’s encounter with the theory wars dividing graduate programs in English literature at the time, the first half of Odysseus Abroad sends up what was so much waffle in those debates. Yet beyond academic satire, the real strength of Chaudhuri’s novel emerges when it turns to Radhesh and his role in Ananda’s education, giving us access to the trouble roiling beneath the lovely surface of Chaudhuri’s prose.

The early section entitled “Bloody Suitors!” quickly establishes Ananda’s sense of isolation and his need for Radhesh, who lives in another part of town. Aside from his uncle, Ananda has few relationships to sustain him, only his love of British literature and the classical music of India. Like Telemachus, he is “an exile in his home”; the tenants on the floors above and below him represent a different future from the one he seems to covet without knowing why. Unable to hear its lyrics, Ananda cannot identify with the bass chords of rap music that emanate from the ceiling, yet when he sings ragas every day with a portable tanpura on his lap, complaints from the woman below merely swell his sense of superiority.

Dwelling with affection on the commonplace in the lives of both characters, Chaudhuri encourages us to savor the blindness and insight that abounds in their shared walks through the neighborhoods of London and the dialects of Sylhet. According to Radhesh, those “old souls” who have been “born into the world again and again” manifest irritating behavior when they fail to distinguish the past from the present. Radhesh nevertheless finds such worn patterns preferable to the vagaries of “new souls,” who clamor for sensuous experience they can neither learn from nor absorb. Ananda listens to his uncle through a youthful and questioning filter, and Chaudhuri’s nimble style encourages the reader to find a middle ground between them.

BY TAKING UP THE THEME OF HOMECOMING FOR WHICH HOMER’S EPIC IS KNOWN, CHAUDHURI ALSO EXPOSES THE TROUBLED NATURE OF HOSPITALITY IN THE AFTERMATH OF EMPIRE.

But not always. Chaudhuri cannot sustain the faint parody of his younger fictional double. Ananda’s theory that “the epic begins in the ordinary” provides an apt account of Chaudhuri’s novel itself: “Art was not only about not saying everything; it was about not being able to say everything.” Before Ananda gets to the dingy bedsit that Radhesh occupies in Belsize Park, he has a midday appointment with Nestor Davidson, a novelist from South Africa who tutors the aspiring student and poet. Ananda finds a kindred spirit in Davidson, whose fiction adopts a “free-flowing, light style” untroubled by “overt politics and hand-wringing.” But, falling back into character, Ananda soon feels superior to Davidson “because he was a fiction-writer, a different sort of beast to a poet.” And when Ananda recalls his earlier tutor Hilary Burton, a young medievalist, we learn how she found his romantic view of poetry at once belated and anachronistic. Ananda confesses that he struggled with Medieval England because for him “the past is a foreign country,” and “another country’s past is twice-foreign.”

With its many powerful female figures, the Odyssey has become something of a favorite for many contemporary readers, yet the few sketches of women in Ananda’s life appear all too familiar and limited. The exception is his mother, Khuku, who provides a formidable influence even after she returns to India. Certainly the coma into which Hilary lapses feels like an unwitting metaphor for the collapse of his interest in women altogether. Is this Ananda’s fault, or Chaudhuri’s? It is sometimes hard to tell because Chaudhuri’s shadow can be as intrusive and confusing as an “old soul.” Ananda believes that Radhesh is “afraid of women” and “always has been,” so perhaps the hours he spends in his uncle’s company explain his own restraint with regard to women.

Radhesh’s mix of wisdom and folly anchors the deep ambivalence about home and heart at the center of the novel. Chaudhuri assigns Radhesh the role of Eumaeus, who in the original Odyssey is the loyal slave and swineherd who serves as “uncle” to Telemachus. But Radhesh also resembles Odysseus, since he has been living “abroad” for decades, and returns to India only vicariously through the conversations and meals that he shares with his nephew. The loving portrait of Radhesh reminds us how, in Homer’s original text, a kinder fate might have turned Eumaeus into Odysseus: stolen from his royal family (on an island named “Syria”) and sold to Laertes, Eumaeus was raised as brother to Odysseus. Chaudhuri takes full measure of the moment when, still in disguise, Odysseus watches Eumaeus put his arms around Telemachus, and Homer describes Eumaeus as like a loving father welcoming a son “greatly beloved and much sorrowed for.”2 The simile points to the irony Odysseus endures as he puts off embracing his son and defers his own homecoming. A still deeper irony points us to Eumaeus’s unlucky history as a man who will never lay claim to his own family or sense of home. Chaudhuri draws a similar pathos from the story of Radhesh, whose work in a foreign land has enslaved and disappointed him, who has no children of his own, and upon whom so many distant relatives depend.

Like Eumaeus, the character of Radhesh emphasizes the disavowals of history operating beneath the familiar theme of homecoming in the Homeric original. In his staged version of the Odyssey, Walcott attributed the same historic pathos to Eurycleia, the slave woman who raised Odysseus and first recognized him upon his return to Ithaca. Chaudhuri’s contribution to the evolving postcolonial readings of the Odyssey involves his shout-out to men like Radhesh, whose lives were shaped by similar ironies. Radhesh may have been “made redundant” by the British company in which he found a modicum of success, but his past, rich with the conflicts of empire, provides paradoxical stability for his nephew and a touchstone for the novel’s reader. 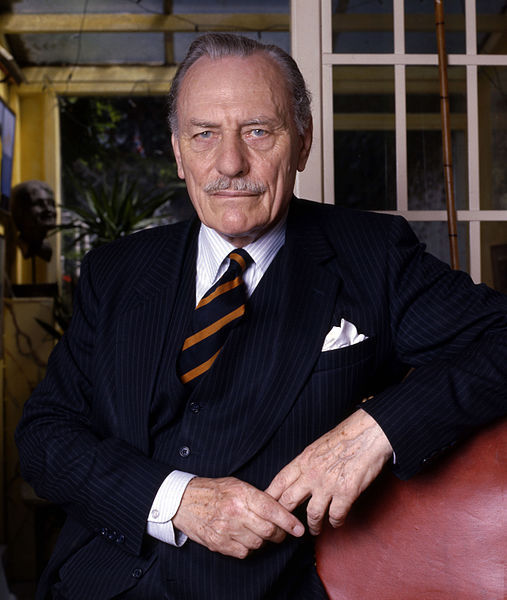 Ananda’s walk with his uncle takes place in July, six days after the 1985 Live Aid concert in Wembley Stadium, a televised media extravaganza designed to provide relief for hunger in Ethiopia. Ananda begins the morning still puzzled by his anger over conflicting images of suffering and joy emanating from the concert’s TV broadcast. His unresolved questions about the “exulting crowds” and “their complicity in the famine” deepen as similar contradictions arise over the course of the day. Ananda tries to work through his conflicting views of Radhesh by returning to episodes from his past that he never fully absorbed as they occurred. Riding the tube to visit his uncle, Ananda suddenly “remembers” visiting England as a child in 1973, when Enoch Powell’s 1968 “Rivers of Blood” speech condemning anti-discrimination laws “was still quite fresh.” The pejorative name of the speech, never used by Powell, emerged when he reported how the arrival of dark-skinned immigrants had generated a fear of racial violence among his constituents. Quoting from a prophesy in the Aeneid (and comparing himself to a “Roman”), Powell claimed to see “the River Tiber foaming with much blood.”3

Through Ananda’s effort to better command his own history, Chaudhuri quietly reminds us how the intolerance toward immigrants unleashed by Powell’s speech now mars broader geopolitical horizons. In the novel, the unexpected but deepening recollection of this hostility helps Ananda understand why Radhesh graciously accepts the fervent hospitality he finds in the Bengali restaurants of London. Odysseus Abroad refers to the lingering traumas of Partition and the Bangladesh War through Radhesh’s interactions with the owners of these establishments, many of whom supported the Sylhet Referendum that had caused his family “to depart their homes altogether.” Thus Ananda slowly begins to appreciate how meaningful it is that old conflicts are suspended when he and his uncle find themselves seated before platefuls of perfumed pilau rice, chicken jhalfrezi, and Bombay potatoes.

Less a denial of history than a crucial form of forgetting, such momentary pauses resemble the feasts interrupting hostilities in the Iliad that Ananda finds so memorable. At a moment when epics of revenge seem to be guiding the world, Odysseus Abroad offers a temporary, albeit precarious, reprieve for protagonists and reader alike. It is remarkable that Chaudhuri finds it fitting and possible to do so by conjuring the savory surround of an ancient—if displaced—hospitality.