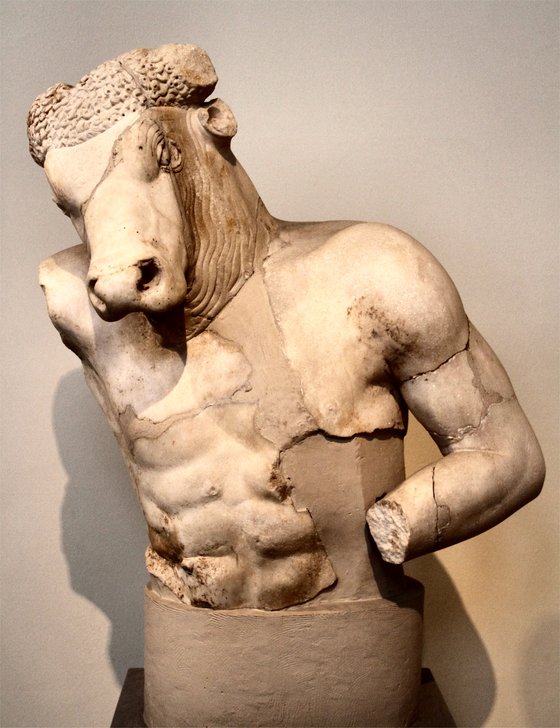 Rjurik Davidson’s debut novel Unwrapped Sky is set in the fictional city of Caeli-Amur, a complex mixture of ancient Rome, steampunk industry, H. P. Lovecraft’s sunken city of R’lyeh, and Davidson’s native Melbourne. Unwrapped Sky is urban fantasy, which redeploys the pastoral and heroic conventions of traditional fantasy in a city context. The human and nonhuman characters that interact with this landscape either share or contend with its fantastic qualities. As such, urban fantasy is well positioned to address a contemporary moment that is more posthuman than pastoral: a moment when the human is increasingly inextricable from and decentered by nonhuman technologies and economies.1

As a branch of the New Weird fiction that emerged in the 1990s, urban fantasy frequently includes elements of science fiction and horror. (The name references Weird Tales, the pulp magazine that published Lovecraft, among others, from 1923–1954.) Urban fantasy also has generic roots in the Victorian and modernist city novel. These origins often manifest themselves as a steampunk aesthetic that blends 19th- and early 20th-century technologies with anachronistic and fantastic elements. Alexander C. Irvine links the urban fantasy genre to “the historical development of city into metropolis,” where “the metropolis by its very size becomes a kind of fantastic landscape.”2

Australian fantasy novel settings are traditionally historical, deriving from medieval Europe in line with genre conventions dating back to Tolkien.3 The most critically acclaimed urban fantasy writer, China Miéville, is English; his New Crobuzon is a steampunk industrial capitalist city-state. More recently, the American author G. Willow Wilson moved urban fantasy to the digital age, and to an unnamed Middle Eastern security state, in Alif the Unseen.4 A handful of Australian writers such as Kylie Chan and Trent Jamieson are also setting urban fantasies outside of Europe.5

With its capacity for bridging literary and popular genres, for representing complex social systems, and for imagining new relations between human and nonhuman characters, environments, and technologies, urban fantasy has the potential to attract popular and critical attention. Australia’s major cities, with their cosmopolitan mix of Eastern and Western cultures and colonial and contemporary architectures, are ripe for the genre.

Davidson’s Caeli-Amur is a collage of genres and anachronisms. Caeli-Amur shares with its underwater sister city, Caeli-Enas, clashing styles of classical and Lovecraftian architecture: regular columns interspersed with disturbing, illogical angles. In Lovecraft’s fiction, non-Euclidean geometry does not follow the natural laws of our universe. Davidson’s odd angles are thus generic shorthand for another plane of existence.

Caeli-Amur’s clashing ancient architectures are remnants of “the cataclysm,” a conflict among godlike beings that changed the planet’s geography, sinking Caeli-Enas under the ocean. The novel’s industrial-age present exhibits touches of Melbourne’s Victorian past: a civic-spirited tram serves the city, and printers protest at a factory with walls made of bluestone, a building material favored in Melbourne during the Victorian Gold Rush. The effects Davidson attributes to this industrial era (and the aftermath of the cataclysm) reflect a contemporary understanding of ecology; threatening Caeli-Amur are cancer-causing “wastelands … ever encroaching on the terrain around them, changing not only the land, but also the people, animals, flora.” Caeli-Amur is a city whose architecture, infrastructure, and inhabitants bear traces of a history that cannot be fully comprehended even as it is materially felt.

Unwrapped Sky’s posthuman aesthetic is apparent in Caeli-Amur’s built and grown environments as well as its labor relations. The city’s division into three ruling houses reflects divisions of labor and expertise that extend to thaumaturgy, a magical art involving mathematical equations as well as engineering, physics, and biology. House Arbor specializes in plants: its palace is lit by candle-flowers, heated by furnace-trees, and surrounded by woods full of deadly roaming blood-orchids and tear-flowers that lure humans to lie down at their bases and merge with the flora. House Technis is more steampunk, with information travelling between offices via pneumatic pipes, rooms that shift around each other, the underlying sound of engines, and a machine that can extract memory from the human body. We never see the inside of House Marin, which specializes in fisheries operated by an enslaved race of amphibious workers.

Thaumaturgy does not only blur distinctions between magic and technology; it also biologically and mentally alters the humans who practice it. Each house relies on its thaumaturgists to maintain the social status quo: when laborers strike, the thaumaturgists summon the Furies from the “Other Side,” a plane of existence aligned with death, to violently quell the unrest. Practicing thaumaturgy takes a physical or mental toll, since it extracts energy from the Other Side, which warps the body or mind of the thaumaturgist over time. The resulting atmosphere of entropic decay, coupled with an understanding of death as energy, is one of the novel’s more fascinating aspects. Thaumaturgical death is not a static endpoint; it is an energy source and a cancer that depicts the city’s human resources as unequal to sustaining its tripartite bureaucracy.

Thaumaturgy does not only blur distinctions between magic and technology; it also biologically and mentally alters the humans who practice it.

The thaumaturgists do not run the houses; they are an oppressed class that oppresses other classes in turn. This moral compromise is endemic to Unwrapped Sky, which is perhaps most Australian in its hatred of the all-pervasive bureaucracy in which the characters are complicit. Indeed, the novel’s world-building is more compelling than its characters, who are morally compromised but lack the magnetism or brilliance of popular antiheroes.

This focus on setting over personality is not necessarily a weakness in a novel where character development means becoming something effectively—or affectively—other than a person. The philosopher-assassin Kata survives a suicide attempt and is reborn as “something larger than herself, something broader, a part of a greater universe.” The idealistic seditionist Max likewise becomes more than an individual when he incorporates the ancient godlike Aya’s consciousness into his own. In so doing Max gains the power to thaumaturgically “change a piece of matter in its quantity and structure” without being warped by the Other Side—but, Aya warns, Max “will be driven away from the world of life itself. … Love, happiness—these are things you will lose.” Max’s ability to manipulate matter links him to the infrastructure of the fantastic city, which Aya helped build.

The bureaucrat Boris’s process of becoming something other than himself turns out to be a flight from society disguised as civic engagement: his rise to the position of director of House Technis propels his transformation into one of the cadaverous Elo-Talern, a race of decadent monsters who inhabit a realm between life and death and leave the city to rot. If Kata and Max are reborn as post-individuals, Boris commits suicide rather than becoming more physically posthuman. Boris’s story is the novel’s most off-putting: I found the chapters depicting his efforts to win the affections of a Siren he raped halfway through the book particularly uncomfortable because they were narrated from his perspective. Although Davidson depicts Boris as delusional, the fact that the character is also essentially well-meaning is difficult to take. Boris’s plotline distinguishes a bureaucratic annihilation of self from Kata and Max’s more promising moves toward collective afterlives.

The plot builds to an overthrow of the three houses that is depicted as more collective than individually heroic. Indeed, it is when Kata joins the revolution in progress that she comes to feel she is something larger than herself. Boris, who for most of the novel rationalizes his actions in the name of the city, articulates a message before his suicide: “the means are more important than the goal. … The everyday actions: those are the important moments.” By this measure, the revolution is suspect, since the seditionists who spark it compromise their values (through an alliance with slave-holding proponents of free-market capitalism, for instance). What does it mean to say that the means are more important than the goal in a novel where there is no political action without moral compromise?

Unwrapped Sky is pretty thin on the everyday and pretty thick on politics. The novel is at pains to distinguish a politics of impersonality from a politics in which the ends justify the means. Davidson’s own means are a fantastic city and revised notions of life and death. Staring down at a burning city in the wake of revolution, Max pronounces, “Caeli-Amur is alive. Full of possibility. I hope it never changes.”

Unwrapped Sky does not fully endorse Max’s impersonal perspective—he does not realize the revolution has come and gone without him. But its depiction of the city as an organism livelier than its inhabitants suggests that for a posthuman aesthetic to become a posthuman politics, we must reconfigure our relationship to death.